Portraits of Lives Lost: Eric Mazibuko, ‘Next to me i...

Portraits of Lives Lost: Eric Mazibuko, ‘Next to me in my heart’ 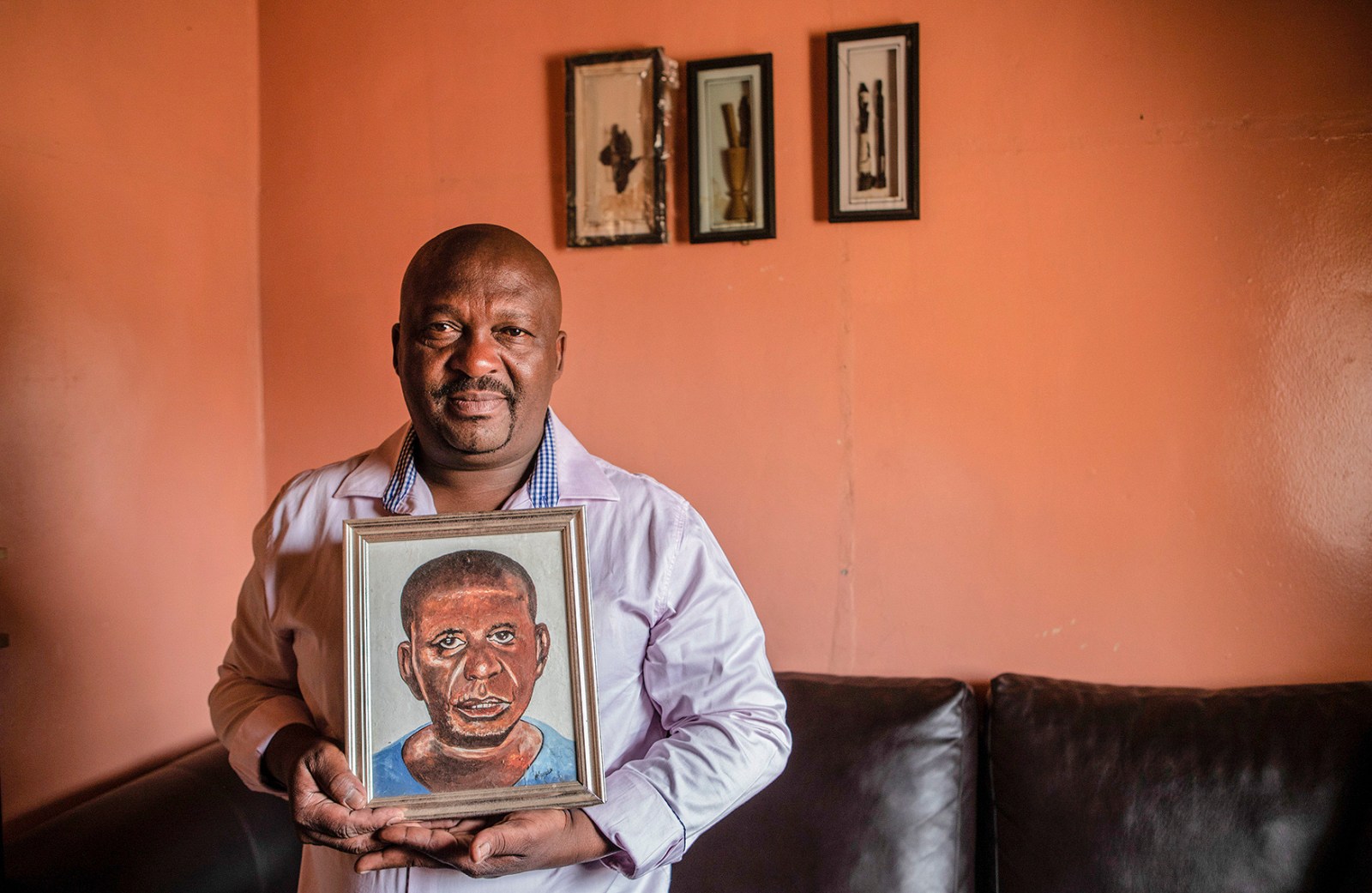 The Life Esidimeni inquest continues. It will determine whether there is any criminal liability for the deaths of 144 mental healthcare patients in the care of the South African public health system in 2016. Patients died from neglect, starvation, torture and abuse.

Every week Maverick Citizen runs a portrait of one of those who died and the stories of the loved ones left behind. Harriet Perlman, Darnell Nxumalo and photographer Mark Lewis have been interviewing families as part of an ongoing memorial and advocacy website. Families have waited five difficult years for answers. The inquest is primarily about their pain and ongoing fight for justice.

Eric Mazibuko worked as a ticket examiner on trains that came through to Johannesburg.

“As a little boy my mother kept us away from my dad because she said he was sick and she didn’t want us to get hurt,” his son Zenzele says. “We didn’t know where he was. I missed him and was determined to find a way to get to know him some day.”

Then, in 2011, my uncle told me that my father was admitted to Life Esidimeni Waverley. I was excited to see him after such a long time.”

Zenzele cries when he remembers their reunion.

“I am a big guy, but my dad just picked me up and hugged me and loudly told everyone: ‘This is my son! My first-born son!’”

Eric’s medical records said he had schizophrenia. “I visited him frequently,” Zenzele says. “He had dignity there and seemed to be improving with the help of the medication and care.”

In 2016, Zenzele got a call from a social worker. He was in KwaZulu-Natal where he was working after being unemployed for a long time. She told Zenzele that they were going to close Life Esidimeni and he should collect his father.

“I told her I couldn’t come right away because I would lose this job. But she said I should try to find the money and come as soon as possible. They were moving people fast.”

Zenzele managed to get back a week later.

“When I arrived at Life Esidimeni Waverley, the gates were closed and nobody was there. The security guards said they (the patients) had been moved somewhere in Pretoria. But they didn’t know any more.”

So began Zenzele’s seven-month search for his father. He looked everywhere. He even went to the Gauteng Department of Health offices. “They said they couldn’t help me.”

Zenzele was sent from one place to another. No one returned his calls or gave him answers.

In February 2017, Zenzele saw on the news that patients who were moved from Life Esidimeni were dying. “I was terrified and sought help from Section27 and the Family Committee.”

On 16 February, the health department invited Zenzele to a vigil at Freedom Park in Pretoria, for loved ones who had died.

“I addressed the vigil and said I still hadn’t found my father. Suddenly the Minister of Health and the new MEC for the Gauteng health department pulled me aside. They started making phone calls. In 30 minutes they had located my father.

“But to my horror, I was taken to a mortuary. According to his death certificate, my father had died exactly seven months earlier. We had looked for him for seven months and all this time he was dead,” Zenzele says.

“My father once told me, ‘when you wake up and put your foot on the floor, a new day is beginning’. When I wake up and know that Qedani (Mahlangu, former MEC for health) has gone to jail, then I will know there is justice.”

Zenzele didn’t have a picture of his father. So after his dad died he took his ID photo to a local street artist. “He captured my father’s face and spirit perfectly. My dad deserves to have a place in my home.

“This painting of him is on the mantelpiece. I look at it every day to feel him near. It helps me stay with my father… next to me in my heart.” DM/MC

For more background to the tragedy and for information and resources about mental health, visit the Life Esidimeni memorial website here. Follow Maverick Citizen journalist Zukiswa Pikoli’s reports on the inquest as it unfolds.