THE RISE OF OMICRON 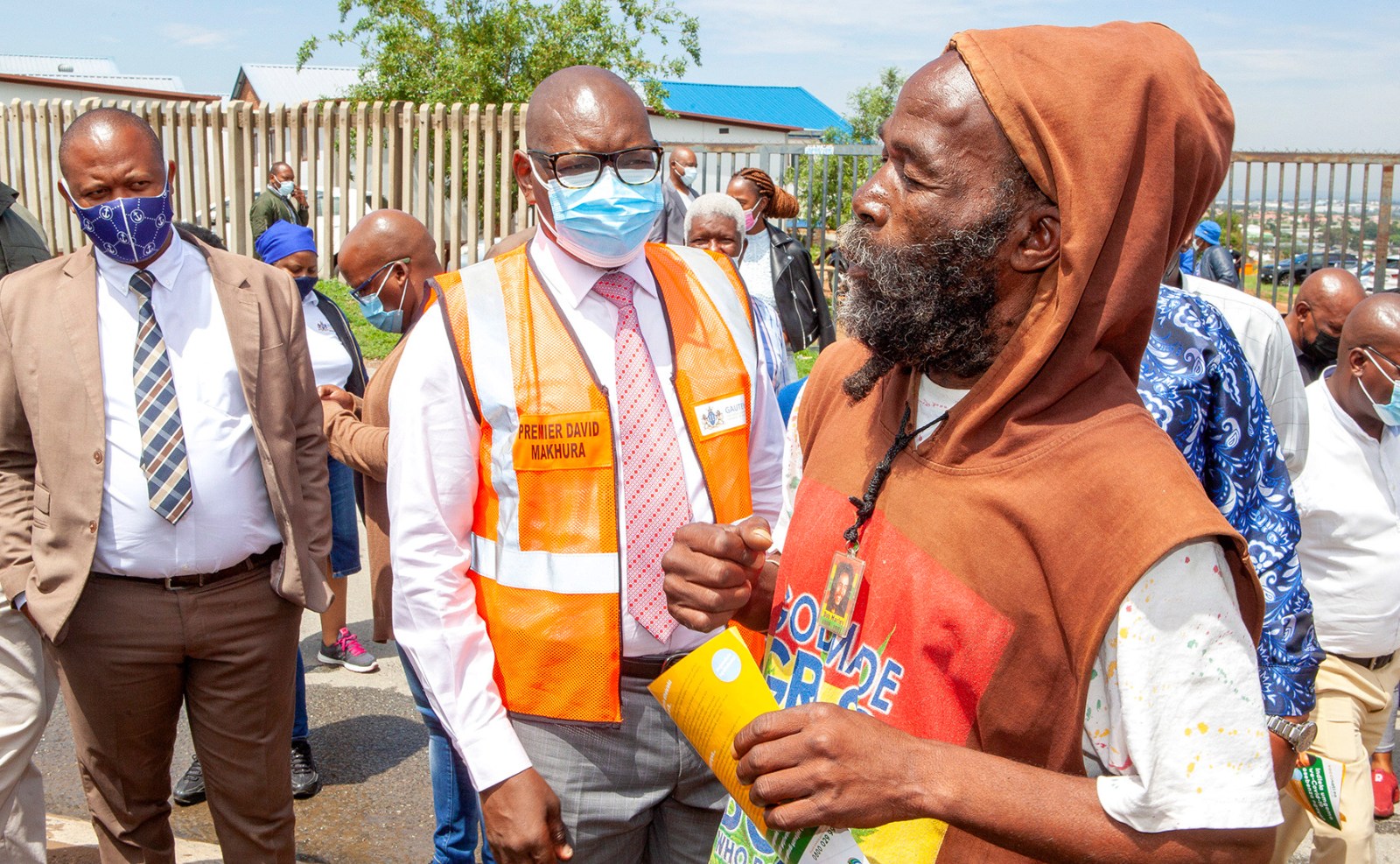 With grim projections for the rapid spread of the Omicron variant in Gauteng, there is some hope that hospital admissions are not increasing at a similar speed. Meanwhile, detection systems in Nelson Mandela Bay have indicated a possible surge in infections and the Plett Matric Rage has been cancelled.

While Gauteng is seeing an unprecedented rapid rise in positive coronavirus cases, the province’s premier, David Makhura, on Thursday called for calm.

Meanwhile, the organisers of the Plett Matric Rage have cancelled the event due to the high number of positive PCR tests registered by would-be attendees.

The South African Medical Research Council (SAMRC) sent out an alert on Thursday that its wastewater surveillance project had detected high levels of coronavirus in Nelson Mandela Bay’s wastewater.

“Last week we almost panicked,” Makhura said during a briefing on the outbreak in the province. “But we can contain this. It will depend on what we do. We are getting ready for the worst. But there is no need to panic. We have dealt with this before. We are not panicking, but we are deeply concerned.”

Makhura said it was clear that the province should worry about unvaccinated people and that residents needed to be vaccinated before leaving for other provinces.

“Millions will leave for other provinces,” he said, adding that he did not want them to become spreaders of the virus.

With less than a day to go before the opening of the Plett Matric Rage in Plettenberg Bay, the organisers cancelled the mega-event on Thursday.

“With our beloved festival due to start tomorrow, the alarming number of positive cases reported to us by our customers, from their hometowns, due to them being required to take the mandatory PCR before making their way to Plettenberg Bay, has shaken us to our core.

“Almost all schools set to attend Plett Rage have positive cases. Based on the trajectory of this virus, this is only a tiny percentage of what we are now certain will show up. The numbers are only going to increase rapidly.

“We, as organisers, have implemented the most stringent Covid-19 preventive measures; there was no way to preempt the devastation that the current surge of Covid-19 cases nationally would cause.

“We are shattered. Our doors are ready to open but will, sadly, stay shut,” the organisers said.

While the official statistics from the Eastern Cape stated that there were only 115 new cases in the province and 324 active cases, the SAMRC said their wastewater surveillance system had indicated a surge in coronavirus RNA particles in the Nelson Mandela Bay system.

The SAMRC operates its Wastewater Research and Surveillance Programme through which more than 70 wastewater treatment plants across four provinces are monitored weekly for the concentration of non-infectious RNA fragments of SARS-CoV-2.

On Monday mornings, field staff collect samples from the wastewater treatment plants for delivery to partner analytical laboratories, for extraction and analysis. By Wednesdays, after quality control checks, the findings are shared with relevant municipal and other authorities.

Dr Rabia Johnson, deputy director of the SAMRC’s Biomedical Research and Innovation Platform and one of the scientists involved in the programme, indicated that during November the picture had changed dramatically.

“At the beginning of the month, levels of SARS-CoV-2 RNA fragments in wastewater were mostly low or undetectable; now we’re measuring concentrations last seen during the third Covid-19 wave,” Johnson said.

Concentrations of SARS-CoV-2 RNA particles in samples from Nelson Mandela Bay’s biggest wastewater works, Fishwater Flats, shot up from 2,861 in the first week of November to 11,249 this week.

Alerts have been sent for Tshwane and Nelson Mandela Bay.

Makhura said during his briefing on Thursday that if persuasion failed and the risk remained high, mandatory vaccinations would be the “only option”.

Professor Bruce Mellado of the Gauteng Premier’s Advisory Committee said they had seen such a rapid increase in cases in Gauteng over the past few weeks that they had to recalibrate projection models.

The increase was at a rate “not seen before” — not even in the third wave, which Mellado described as a “very serious situation”. He added that the spread of the virus was exacerbated by the mobility of the Gauteng population.

Mellado said that at this rate the peak of the fourth wave should hit Gauteng in mid-December, but high levels of transmission would probably continue until mid-January.

It was projected that about 4,000 beds would be needed.

Dr Mary Kawonga, who is also on the advisory committee, said there had been a very rapid increase of cases in the province, with a 20% rise in the seven-day rolling average of daily cases and an increase in hospital admissions — driven by Omicron.

The rapid increase in cases was seen across all districts in the province, where Ekurhuleni, Johannesburg, Tshwane and the West Rand were identified as high risk, and Sedibeng as medium risk.

The uptick in hospital admissions has not been as rapid as the increase in cases.

Test positivity rates shot up from 2% on 12 November to 24% on Wednesday, with Tshwane recording the highest rate and all its sub-districts having rates of higher than 20%.

Kawonga said Omicron had displaced Delta as the dominant variant in Gauteng. She said there was no evidence that vaccinated people would not be protected against Omicron, especially against severe illness and death from Covid-19.

The vaccines presently available were still the best defence, but: “Behave like we are at Lockdown Level 3. Analysis is continuing, but we are optimistic,” she said, explaining that hospital admissions are lower than at a similar point in the third wave and also in an age group (younger than 39) where vaccination rates are lower.

The drop in hospital admissions among older people, in particular, had led the advisory committee to believe that vaccines were working. The number of deaths was still significantly lower than it had been in the third wave, and deaths were increasing at a lower rate than in the third wave.

Kawonga said wearing a mask, regularly washing hands and maintaining a safe distance from other people are still effective to avoid infection.

“If we can maintain this momentum I am confident that we will get somewhere,” he said.

According to the latest available figures, Gauteng has vaccinated 4.5 million people, 3.7 million of whom are fully vaccinated. Chikobvu said that last week (before Omicron was identified and before President Cyril Ramaphosa’s speech on Sunday) was not a good week in the province, with vaccine numbers dropping.

On Thursday, the national Department of Health announced that the week from 3-10 December would be declared a “Vooma Week” in a big push for vaccinations before the festive break.

“During this period, all provinces have been requested to increase the number of vaccination sites, especially in travel hubs, shopping malls and recreational areas to get as many people as possible vaccinated in the face of the fourth wave.”

About 650,000 people were vaccinated during two previous Vooma Weekends.

“We want families to be safe this festive season,” said Health Minister Joe Phaahla. “Before you go home, before you leave on vacation, make sure you protect yourself and those you love. If you visit your parents and they have not yet been vaccinated, go with them to your closest vaccination site. It could save their lives.

“There are still four million people aged 50 years and older who have not come forward for vaccination. They are at highest risk for severe illness and death. Younger people are not without risk, and 40% of current hospital admissions occur in people younger than 50 years of age… it is imperative that everyone comes for vaccination without further delay.

“We don’t want the Vooma Week to be viewed as a government activity,”  Phaahla added.

“Everyone has to play their part. We want to vaccinate a million more people during Vooma Week, but, at the end, let us not ask whether government has achieved its targets, but whether all of us working together have exceeded that target of one million people vaccinated in one week.”  DM/MC