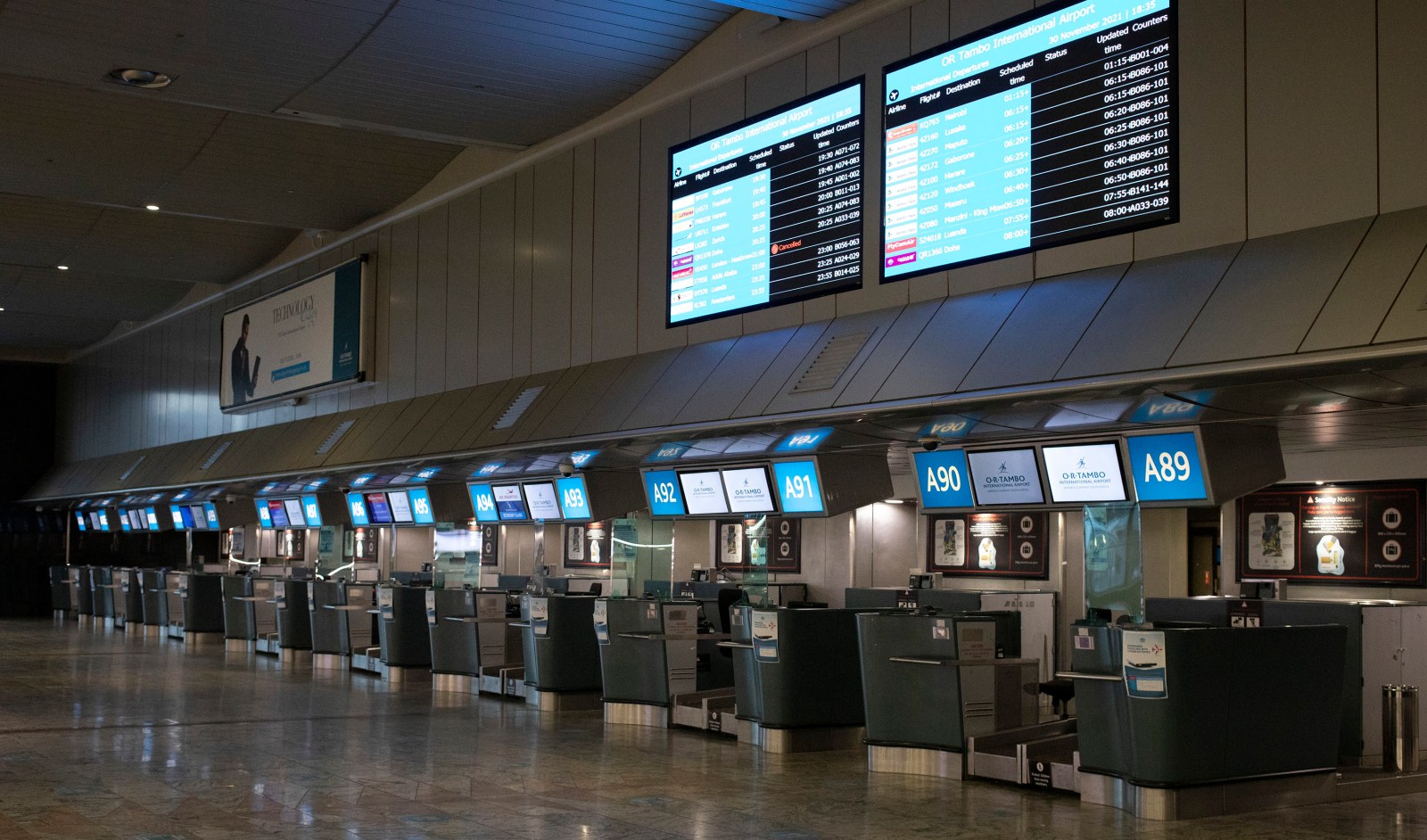 The panic, knee-jerk reactions and resultant volatility triggered by the new Omicron variant are a painful reminder of how little control we have over our future. So, it’s little wonder that we take comfort from the scenarios analysts and economists put together to show how good or bad it could get.

Covid-19, in its new mutated version, came back to again remind us where the control lies during this pandemic. News of the ominously named Omicron variant saw, as one trader put it, governments and investors “shoot first and ask questions later”.

The oil price dropped by $10 to $72 a barrel as countries around the world withdrew travel access to southern Africa forthwith and then Japan and China imposed broader restrictions in line with their zero-Covid strategies. It remains close to that in anticipation of lower demand.

Developed stock markets lost between 2.5% and 3.5% on concerns the variant would stall economies again. South Africa, initially viewed as the epicentre of Omicron, and penalised as such, saw the rand push above R16 to the dollar before regaining some ground as it became clear that there were cases of the variant around the world.

As the dust has settled, analysts are still grappling with what this new variant could mean for the outlook for financial markets and the global economy. Anecdotal evidence suggests that it may not be as vicious as the Delta variant, with initial indications that infected people experience only mild symptoms. But most investment houses have been careful to emphasise the downside risks that have been introduced; setting out a base-, worst- and best-case scenario – the latter given only a slight probability of occurring.

The uncertainty was, of course, reflected in the world’s so-called fear gauge, the CBOE VIX Index, which jumped almost 10 percentage points, leaving it a third higher than it was six months ago. Opinions are divided on whether the increase in volatility is a gift or an omen of what is to come.

The advent of Omicron confirms that Covid-19 remains public enemy number one, ahead of inflation, as indicated in Euromonitor’s survey a month ago. Their worst-case scenario, which they labelled the Covid Pessimistic 1 scenario, assigned an 18% to 28% probability of new, more infectious or vaccine-resistant variants of the virus emerging.

To be clear, we’re not there yet. Euromonitor’s scenario is based on five waves of infections in 2021 and 2022. It is concerning that countries in Europe, and possibly South Africa, are currently in the throes of the fourth wave.

Making material decisions that could have long-term consequences based on anecdotal evidence is never advisable. But it is human nature to try and wrench back control, sometimes when there is none, as the pandemic has shown us time and again. However, all guidance is that you need to be patient and wait for more information on the new variant and how it is likely to affect us on an individual, country or global perspective.

UBS’s advice is to await more data and retain a balanced and longer-term perspective. It points out the following:

The “contained and eliminated” base case hinges on the assumption that widespread lockdowns like those in 2020 are not repeated and that the virus is present but contained. In this event, Wells Fargo expects the global economy to “hold steady and for the global economic recovery to continue uninterrupted”.

A downside scenario in which “Omicron becomes the new Delta” is premised on the variant being easily transmissible, with more severe symptoms and resulting in more stringent restrictions and lockdowns. Spending patterns are significantly altered in the face of Covid fears, interrupting the global recovery. With the investors running for safety, Wells Fargo envisages “developed and emerging currencies coming under pressure, depreciating by 6.5%”.

Scenario-setting is comforting in that it helps give us some indication of the best and the worst that could potentially happen. But with so many unknown variables and having experienced a series of black-swan events over the past couple of years, trying to predict what will happen a week ahead, let alone a year down the line, is ambitious. Thus, analysts and economists are really taking a shot in the dark in spelling out the different paths the world could take.

Even when we have more information about the variant and the toll it may take on society, volatility is still likely to prevail. As ING points out: “Sadly, science does not deal in absolutes, just guidance based on the available evidence, of which, right now, there isn’t much. The next few weeks could be choppy.

“What the latest round of market movements confirm is that markets tend to overreact to bad news, but then cling on unrealistically to any glimmer of hope that enables them to rally. Perhaps the only certainty in this environment is volatility.”

It will be weeks before we have any vestige of clarity. Until then, we would be well-advised to try to surrender to the unknown, practise patience and consider our next steps carefully. DM/BM