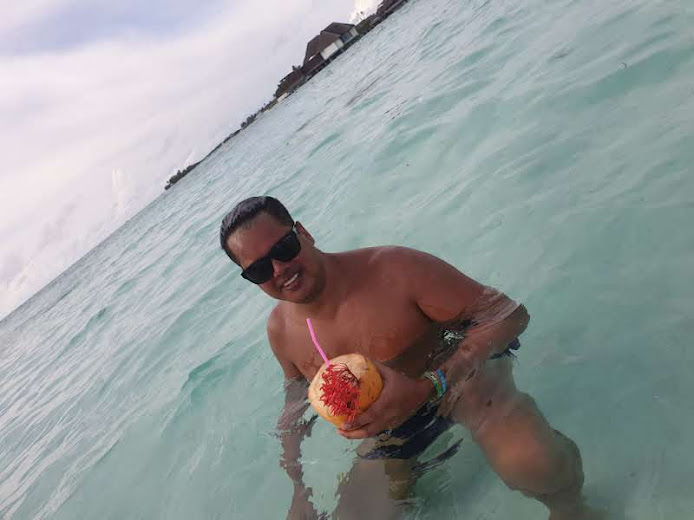 Legal action against the Lifestyle Direct Group has prompted its founder, Damian Malander, to set up a new debt collections business to recover Lifestyle Direct ‘debt’ from consumers he is alleged to have scammed.

Damian Malander, founder of the Lifestyle Direct Group, who is accused of massive consumer fraud, is apparently back in business, former associates have warned.

Business Maverick has been alerted to a new entity set up by Malander and run by an associate/employee, which operates from the same Cape Town premises as the former Lifestyle Direct Group: The Forum, Northbank Lane, Century City.

Malander has been seen driving in a Rapid-branded vehicle in Cape Town and is the “brains” behind the new entities, former associates have confirmed.

It follows the same modus operandi as the Lifestyle Direct Group, which he distanced himself from by deregistering his name in 2015 and then registering it under the name of his second-in-command at the time, Nandie Paich.

He demanded that his associates/employees sign over power of attorney to him, giving him full control over the company. He also instructed associates to take out bank loans, which they would sign over to him. Malander kept the cards and PINs.

A former associate, who declined to be named, explained that Malander would appoint a second-in-command to stand as director for his companies.

“Once that happens, the 2IC would be required to register the company in their name and to open a company bank account in their name. When everything is up and running, all the information is handed to Damian, including passwords and login details. Then he has full control and access to all online information and banking.”

Paich became the “face” of Lifestyle Legal in this manner and is now a co-respondent in the class action against Malander and Lifestyle Direct.

But Malander was always behind this web of companies purporting to be “loan providers”, controlled by Lifestyle Direct. Through the fake “loan” scheme, he raked in multimillions of rands, which were spent on cruise ship holidays and parties in the Seychelles, Thailand and Mauritius; as well as on assets including limousines, boats, jet skis, high-end sound equipment and luxury properties in the Pezula golf estate in Knysna and Cape Town. His various business interests included an events company that hosted international artists; a branded clothing company; Crowns Energy Drink; limousine services and Lifestyle Boating in Mauritius and Knysna.

Many of these assets, including his extravagant home in Sonstraal, Durbanville, and a warehouse full of Mercedes Benz limousines and panel vans, trailers, DJ mixers, rigging equipment, professional coffee machines, large-screen Samsung televisions, gas braais, fridges, gym equipment and a dog bed were liquidated on an urgent basis in 2019, when the spotlight turned on Malander.

The Durbanville home was put on auction in 2019, with a reserve price of only R100,000. Malander is believed to have sold it for well over R8-million, prior to the auction, but the funds were paid to the bank to offset his debt. Malander offloaded the house as soon as the class action application was made to the high court.

Some of his Rapid branded vehicles have also been seized by his creditors.

The villa in Pezula is still on the market.

The Lifestyle Direct group and Malander are believed to have duped thousands of desperate consumers into signing contracts for legal and other “value-added” services, instead of providing actual loans. They are accused of employing “dark pattern” marketing methods, which, in essence, dupe victims into buying or signing up for something they did not intend to, such as premium subscriptions and pricey insurance.

Lifestyle tricked its victims by advertising loans – “blacklisted welcome” and “no credit checks”, which are both illegal in terms of the National Credit Act. The victims, desperate for money, concluded these “contracts”  for unwanted services in haste, without reading the terms and conditions.

The agreements were set out for a fixed term of 12 months, comprising an initial subscription fee ranging from R399 to R429 and a monthly subscription of R99 for the remaining duration of the agreement.

In his affidavit filed at court, Malander alleged that thousands of clients had received the benefit of these websites’ services, but when the Stellenbosch University Law Clinic, which launched the class action, compelled him to make records of these services available at the office of his attorney (Henno Bothma of Abrahams & Gross), he was unable to produce any evidence in support of his allegations.

The websites all prominently bore the word ‘loan’ as part of their domain names – loantrackersa.co.za, loanschoice.co.za, loanquest.co.za, etc.

The certification hearing was held on 8 and 9 March 2021. At the start of proceedings, Lifestyle Legal’s representative, advocate Pieter-Schalk Bothma, argued that an interdict against the group was moot because his clients were no longer operating the various websites in contention.

Most of the websites have indeed been taken down, but it is believed that collections for the Lifestyle Direct Group are continuing through Rapid Legal Services. Loan Tracker is still believed to be operational, under the Loans Find website which the clinic is investigating.

Pasa, which is charged under the National Payment System Act to monitor, inter alia, the abuse of the debit order system by commercial users in the banking sector, has been admitted as amicus curiae in the matter.

It has accused the respondents of being confidence tricksters and that they were never registered credit providers because they were not extending loans.

But Pasa knows nothing about Rapid’s professed accreditation. Pasa spokesperson Patricia Naidoo said, “The association recognises two different forms of debit order abuse: firstly, abuse by rogue collectors taking money to which they are not entitled [often seen as R99 and R199 unauthorised debits] and, secondly, abuse by payers of debit orders who reverse [dispute] valid debit order collections. Pasa and our members have successfully introduced processes to deal with rogue collectors, which is managed in conjunction with our member banks.”

She said the role of Pasa is only to facilitate these industry processes, with member banks being responsible for executing against these processes. The decision to remove a party from the National Payment System does not vest with Pasa, and therefore they cannot state that they have removed any of the above entities from the system.

However, Pasa does not “register” debit order collectors, “although we do monitor conduct in the system, in conjunction with our member banks”.

“Pasa and our members regard these processes as being very effective as our estimates suggest ‘bad’ debit orders to the value of R9.92-billion [between 1 April 2019 to end October 2021] have already been prevented.”

Rapid’s website boasts having an “outstanding track record of making sure vital communications and systems are always in place. Our 24/7 service desk ensures that our client’s and our bespoke systems are always looked after – day and night”.

Business Maverick contacted Rapid in search of Malander. At first, they said he was not in “today”, then the Rapid Legal call centre agent said Malander had consulted for them in the past, to assist with “marketing”.

His attorney, Henno Bothma, said: “My instructions are to not comment on any matters relating to my clients, pending the finalisation of the class action matter.” DM/BM