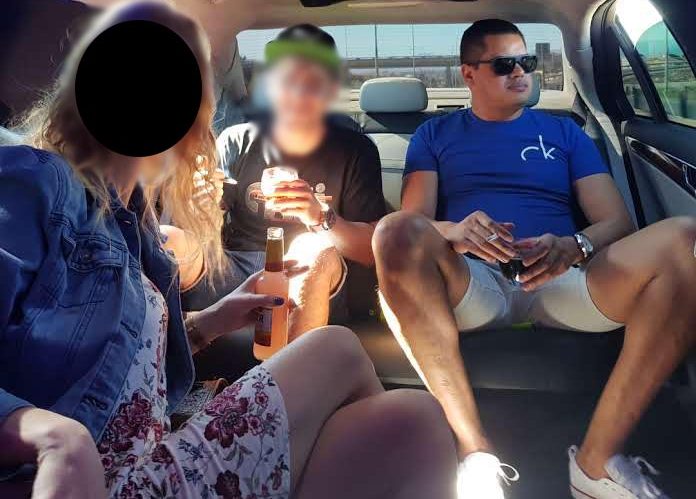 In a blow to the Lifestyle Direct Group and its operator, Damian Malander, the high court has ruled that a class action will go ahead following allegations that a fraudulent online scheme tricked loan-seeking members of the public.

For the man accused of being the mastermind behind one of South Africa’s biggest scams, it was a terrible week. First, Nedbank was granted two default judgments against him, in both his personal capacity and against his company Damal Trading; then, the Western Cape High Court declined his application for leave to appeal in the ongoing saga around the Lifestyle Direct Group.

This means, not only does he owe Nedbank more than R1.1-million for defaulting on car and bond repayments, but the class action, which was certified earlier this year, will go ahead.

And if the class action is successful, tens of thousands of consumers will be entitled to their refunds too.

It’s a blow for Damian Malander, who former associates allege pocketed more than a million rand a day “on good days”.

Malander was at the helm of a web of companies purporting to be “loan providers”, controlled by the Lifestyle Direct Group which had headquarters in Century City, Cape Town. He raked in millions of rands from the “loans”, some of which were spent on parties in the Maldives, Thailand and Mauritius, luxury cars, boats, jet skis and properties in the elite Pezula golf estate in Knysna, and the northern suburbs of Cape Town.

Nedbank has now obtained two default judgments against him for one of his vehicles and the balance of a residential property bond.

The ruling on the class action certification means the Stellenbosch University (SU) Law Clinic has consent to pursue the Lifestyle Direct Group, Capital Lifestyle Solutions (trading as Lifestyle Legal, the group’s “collections” arm), 12 “loan providers”, All Wheel Auto, Malander and his former deputy, Nandie Paich. The group is accused of duping thousands of desperate consumers into signing contracts for legal and other “value-added” services, instead of providing actual loans.

In his affidavit filed at court, Malander alleged that “thousands” of (unnamed) clients had received the benefit of these websites’ services. When the Law Clinic compelled him to make records of these services available at the office of his attorney (Henno Bothma of Abrahams & Gross), he was unable to produce a single piece of evidence in support of his allegations.

On 21 July, Judge Patrick Gamble delivered the judgment certifying the application in which the clinic and eight clients sought to institute the class action on behalf of the defrauded consumers. The application was granted with an opt-out mechanism, which means consumers automatically stand to benefit from its ruling, unless they choose not to.

Only 10 class actions have been successfully certified in SA. This will be the first consumer law class action in which a court was required to deliver a certification judgment and the first for “dark pattern marketing” in the country.

The SU Law Clinic filed the certification application with the Western Cape High Court on 13 September 2019, after being alerted to complaints from consumers about almost 20 websites linked to the Lifestyle Direct Group. The websites all prominently bore the word “loan” as part of their domain names – loantrackersa.co.za, loanschoice.co.za, loanquest.co.za, etc.

The certification hearing was held on 8 and 9 March 2021. At the start of proceedings, Lifestyle Direct’s representative, advocate Pieter-Schalk Bothma, argued that an interdict against the group was moot because his clients were no longer operating the various websites in contention.

The websites do appear to have been taken down – with the exception of Loan Tracker, which is still operational via the Loans Find website – but it is believed that collections for the Lifestyle Direct Group are continuing.

Bothma indicated that the respondents accepted that the applicants had made out a prima facie case for relief based on the causes of action as pleaded in the founding affidavit and the facts set out, but questioned the commonality and appropriateness requirements of the certification. It was this issue that they took on appeal, which was declined on 2 November by Judge Gamble.

In March, the respondents had argued that the cases were unique to each prospective plaintiff and were not suited to a class action. They also argued that the court would be required to conduct unique factual investigations into each consumer’s claim but Gamble, in his ruling, said this argument “misses the point”.

“The consumers in the prospective class complain that they were misled by the websites they visited, having been referred there automatically when they accessed an online search engine such as Google looking for short-term loans. The contention that there are a series of unique factual determinations, which will be required, is actually a myth.

“The primary issue is whether the respondents’ modus operandi was the establishment of websites, which were intended to mislead innocent consumers into believing they were applying for loans when, in truth and fact, they were not.”

Lifestyle is accused of employing “dark pattern” marketing methods, which in essence dupes victims into buying or signing up for something they did not intend to, such as premium subscriptions and pricey insurance.

Lifestyle tricked its victims by advertising loans – “blacklisted welcome” and “no credit checks”, which are both illegal in terms of the National Credit Act. The victims, desperate for money, concluded these “contracts”  for unwanted services in haste, without reading the terms and conditions.

The agreements were set out for a fixed term of 12 months, comprising an initial subscription fee ranging from R399 to R429 and a monthly subscription of R99 for the remaining duration of the agreement. Realising that amounts were being deducted from their bank accounts, consumers who had reversed the debit orders with their banks were harassed for payment by the group’s collection agency, Lifestyle Legal, which would threaten to blacklist or take legal action against them if they did not pay in terms of the “contract”.

The Law Clinic alleges that the purported contracts concluded between the consumers and the loan websites, as well as the respondents’ conduct are unconscionable, unjust, unreasonable and unfair in terms of sections 40, 41 and 48 of the Consumer Protection Act, or alternatively unlawful under common law.

Thousands of consumers have fallen victim to the respondents’ alleged trickery. A Facebook group, Action Against Lifestyle Legal, Loan Hub SA and other Scams, set up in response to the alleged scam, had more than 700 members by September 2019. There are hundreds of complaints about Lifestyle Legal and the various “loan” entities on the complaints website Hello Peter.

Stephan van der Merwe, a senior attorney at the SU Law Clinic, said that Malander’s only other option now is to approach the Supreme Court of Appeal to request leave to appeal against the class action certification.

“We [the Law Clinic] are, however, confident that such a request would also fall on deaf ears. Should this be the case, the respondents would be left with no option but to accept service of the summons on behalf of the class of affected consumers.”

The Payments Association of South Africa (Pasa), which is charged under the National Payment System Act to monitor, inter alia, the abuse of the debit order system by commercial users in the banking sector, has been admitted as amicus curiae in the matter. It has accused the respondents of being confidence tricksters and noted that they were never registered credit providers because they were not extending loans. No legal service was ever provided, as illustrated by Malander’s failure to produce such evidence.

In delivering his judgment in the appeal, Gamble said refusing the class action application would have severely affected the ability of victims with relatively limited means, “scattered around the country, to achieve some measure of success against the alleged fraud of the respondents”. BM/DM