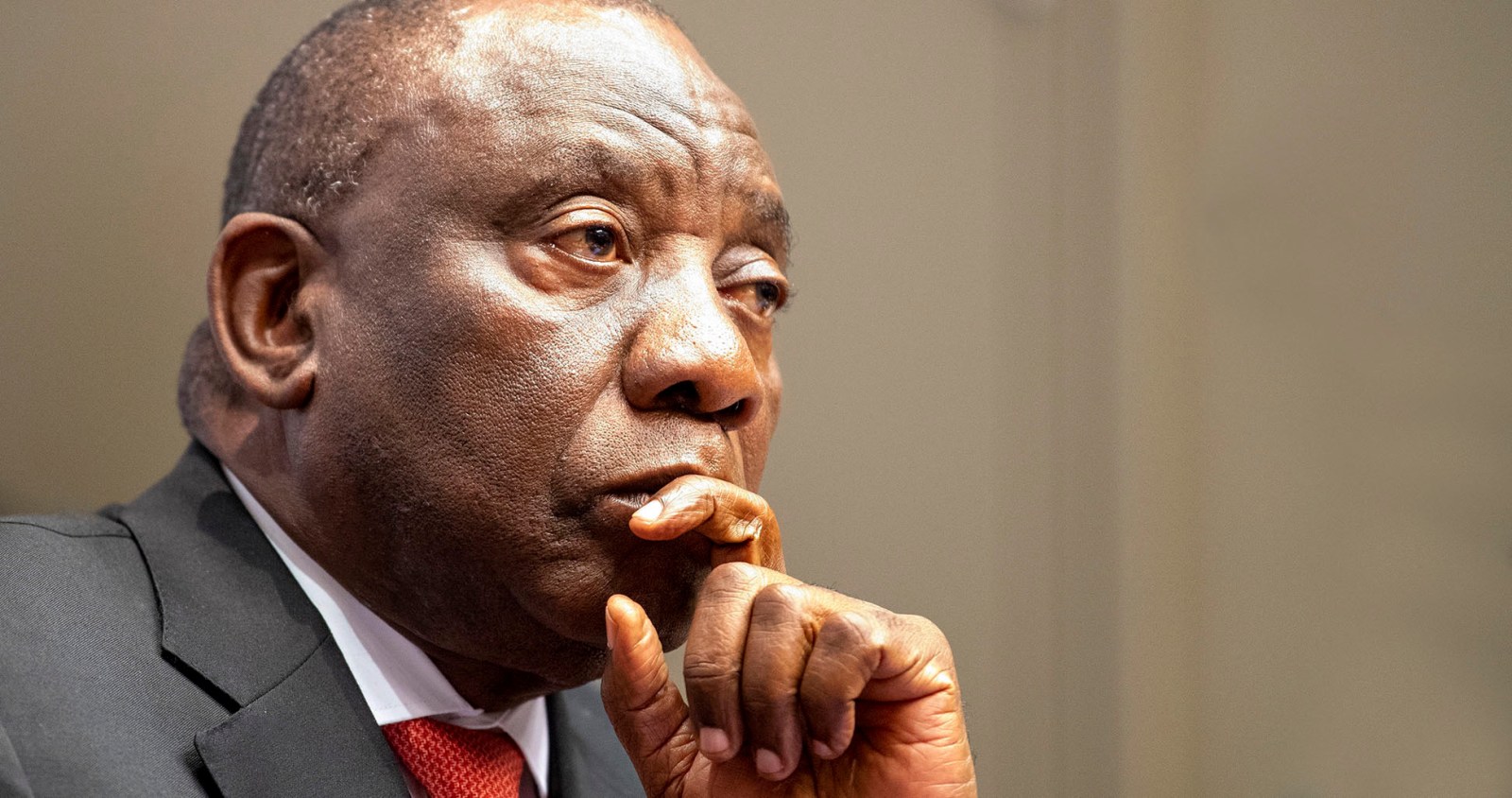 South African president says he hopes the visit will strengthen fraternal ties, but also ‘translate into new opportunities for South African businesses, new markets for our products and the creation of employment for our people’.

President Cyril Ramaphosa is set to conduct state visits to Nigeria, Ghana, Ivory Coast and Senegal this week hoping to talk about trade and economic recovery on the continent post-Covid-19.

It is somewhat ironic therefore that this week’s trip was threatened by the discovery of a new Covid-19 variant of concern, Omicron, which led to several countries shutting their borders to flights from southern Africa.

“Thank you for being brave enough to allow us in,” she told officials at the Nigeria-SA Bi-National Commission in Abuja.

“We are truly pleased to be with close friends and family in this great country of Nigeria. We are heartened by the continuing commitment to African solidarity shown by Nigeria towards southern Africa when many of the world treat our citizens as unwelcome pariahs.”

She said it was reminiscent of the solidarity Nigeria showed South Africa during the anti-apartheid struggle. Nigeria was the first country to provide direct financial aid to the ANC, starting in the 1960s. Civil servants famously gave 2% of their income to a relief fund then dubbed the “Mandela Tax”.

Relations since the advent of democracy haven’t always been that smooth, with diplomatic spats and xenophobia often getting in the way.

Ramaphosa, who as the African Union Champion for the Covid-19 Response has advocated vaccine equity for African countries, now also wants to help lead the economic recovery. He is hoping that “economic diplomacy” could help focus African countries on a common goal and fuel development without, say, letting uncomfortable conversations over freedom of expression (Twitter is blocked in Nigeria, for example) or human rights get in the way of this.

It is also not clear whether Ramaphosa will share his woes about the PR and other problems in his police force with his Nigerian counterpart, President Muhammadu Buhari, whose country recently saw the first anniversary of protests against police brutality.

Ramaphosa, in his weekly newsletter on Monday, said the African Continental Free Trade Area (AfCFTA) agreement, which kicked in on 1 January, “presents immense opportunity for the export of South African goods and services into the continent”. (He is clearly optimistic, possibly because he’s never had to cough up R4,500 for an ordinary business visa to Nigeria or faced the Ghanaian visa official at a time of bad blood between the two countries because of a football war of words over the awarding of a deciding penalty).

The United Nations has estimated that the market created by the AfCFTA comprises about 1.3 billion people with a combined gross domestic product of $3.4-trillion.

This month a number of African leaders, including Buhari, attended the Intra-African Trade Fair in Durban as part of an effort to promote greater trade between South Africa and others on the continent — about $36-billion in deals were concluded there. Nigeria was one of the last countries to sign the AfCFTA agreement due to fears by manufacturers that the agreement would damage their businesses.

During the series of state visits this week, Ramaphosa, who will be accompanied by a business delegation, said leaders “will look at how to leverage the opportunities presented by the AfCFTA to expand the footprint of South African companies into the continent and how we can better support those businesses already operating in other African countries”.

Covid-19 has, however, derailed some of the plans.

The business forum between Nigeria and South Africa — the two biggest economies on the continent — hung in the balance over the weekend as the travel restrictions imposed by mostly Western countries complicated travel plans.

On Monday afternoon, the African Development Bank Group (AfDB) announced at a press conference that it had postponed the Africa Investment Forum, scheduled for 1-3 December in Abidjan, which Ramaphosa was supposed to have addressed.

AfDB President Akinwumi Adesina said, “Unfortunately, with rising global travel restrictions due to the Covid-19 Omicron variant, and heightened concerns for health and safety, it is necessary, regrettably, to postpone the event. The health and safety of everyone comes first.”

Several billion dollars of investment projects were scheduled to have been discussed here with project sponsors and investors. Nevertheless, the state visit to Ivory Coast will go ahead and will be historic since it is the first since the establishment of diplomatic relations between the two countries in 1992. It is, however, not the first time that a South African head of state will visit the country.

Former president Thabo Mbeki was the African Union’s failed mediator in an internal conflict that began during the presidency of Laurent Gbagbo in September 2002.

It is not clear whether the football dispute will come up during official talks between Ramaphosa and Ghana’s President Nana Akufo-Addo, the third country on the list. The visit will culminate in an inaugural session of the Bi-National Commission.

Ramaphosa wrote that there were more than 200 South African companies doing business in Ghana, with large-scale projects culminating in more than $1-billion in capital investment. Two South African banks, Investec and Rand Merchant Bank, have been involved in financing mass infrastructure projects there.

In Senegal, “we will discuss how to facilitate greater trade and investment between our two countries”, Ramaphosa wrote. South African companies there operate in the energy and wildlife tourism sectors, among other interests, and a number of South African companies have expressed interest in entering the infrastructure construction space, Ramaphosa wrote.

“For far too long, we African countries have trained our gaze on trade and investment opportunities in markets beyond the continent such as Europe, Asia and North America.”

He said the visits would hopefully strengthen fraternal ties, but also “translate into new opportunities for South African businesses, new markets for our products and the creation of employment for our people”. DM