SAHRC hears of alleged plot to target Raymond Zondo and... 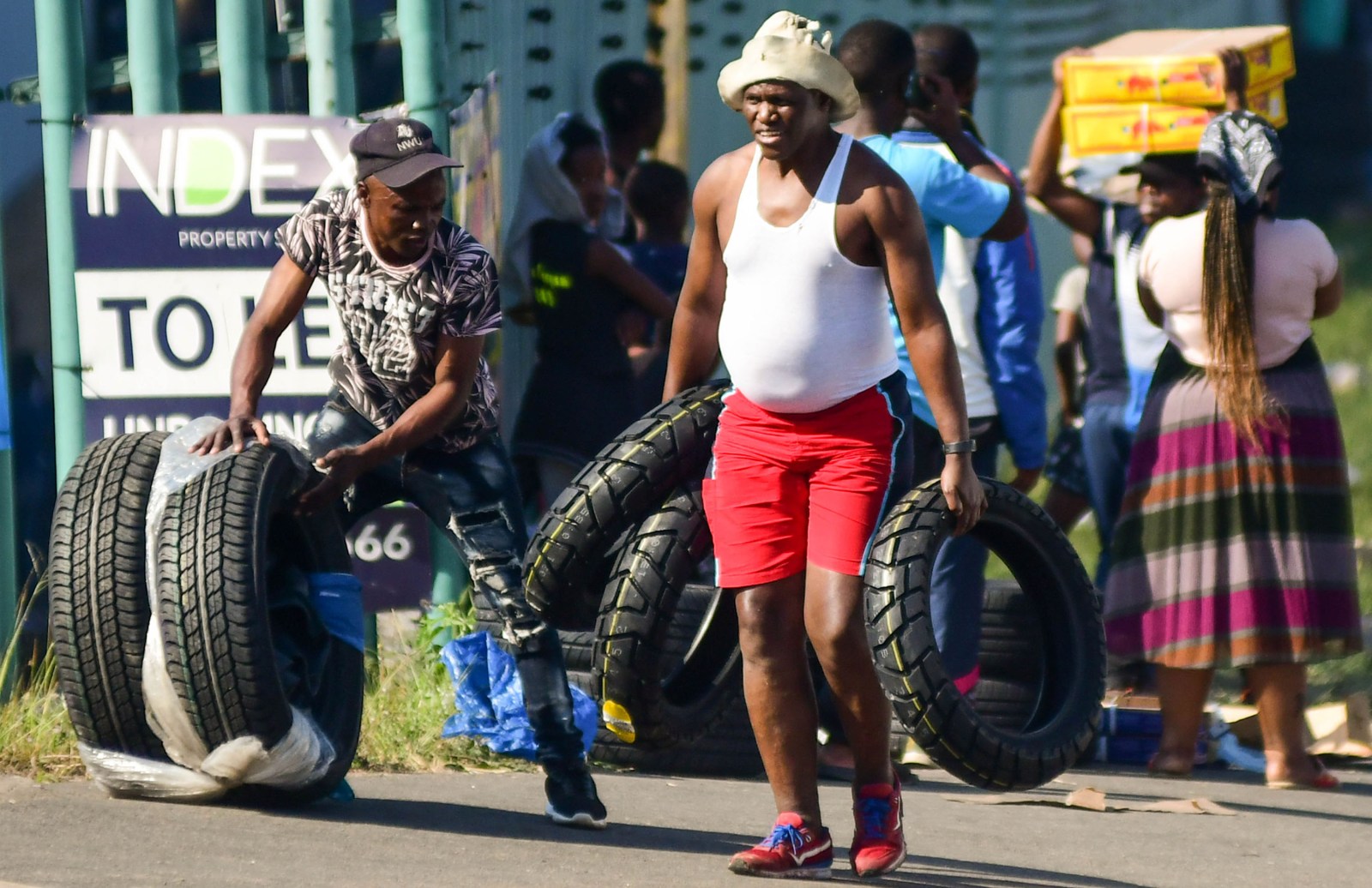 If the jailing of former president Jacob Zuma had not been the spark that ignited the devastating July riots, ‘something else would have’, given how fertile the South African socio-economic soil is for a revolt of the ‘poor and hungry’, S’bu Zikode, president of shack dwellers’ movement, told the South African Human Rights Commission in Umhlanga on Monday.

“The unrest has brought shame to us….We were ashamed to witness it, ashamed to be part of a country that witnessed such acts.  We have always said that the anger of the poor can go in any direction.”

The SAHRC has temporarily based itself in eThekwini to investigate the causes of the eight days of unrest and looting that brought KwaZulu-Natal (and some parts of Gauteng) to a standstill, led to the loss of over 300 lives, and cost KZN over R20-billion in damages, at conservative estimates.

Abahlali baseMjondolo president S’bu Zikode told the SAHRC hearings that Abahlali’s 100,000 members, via its organised structures, had decided that the correct term for the unrest was “food riots”, but that the road to the destruction was paved years ago, as the ANC’s factional battles were prised open for the public to witness.

“There have been a number of debates [in Abahlali] about what happened in July and we decided to call these food riots. We didn’t want to be so quickly judgmental and criminalise the poverty that already existed. We see it as a political act, not a criminal act. People are poor — the inequalities, the level of poverty, the inability to create jobs by government or the private sector.

“This is not to justify the looting — it is not correct — but it is immoral for people not to have food, not to have land. People would have found other ways, even if there wasn’t a Zuma moment.”

Zikode said it was no secret that threats had been made to render South Africa “ungovernable” if Zuma was arrested, which spoke to the riots being planned.

“When the former mayor of eThekwini (Zandile Gumede) was expelled, things started going wrong. She stood in solidarity with the former president. He was left vulnerable by that, one of his allies being expelled. From what we saw on WhatsApp messages (some of our members are in ANC groups) there was anger over that, and then the factionalism.”

Zikode said it was his belief, and the belief of Abahlali, that the unrest had been planned “at a high political level”, although he did not have any proof of such. Multiple other witnesses have testified to the same, although none are yet to offer solid evidence.

Zikode said he further believed that the rioters — those who were genuinely poor — had been exploited by the “strategists” of the unrest.

Thousands of informal settlement dwellers took to the streets during the unrest, stealing food, liquor, appliances and other items from malls, warehouses, schools, pharmacies and businesses. They were joined by middle-class residents from several suburbs and townships, who arrived in hundreds of cars to join in the spree.

The riots morphed into scenes of unsurpassed chaos and destruction in KZN in particular, as people looted what they could and set fire to infrastructure and debris.

Many of the looters were armed, and fired at or tried to stone the small numbers of police members that were initially on the ground; others fought among themselves over stolen goods or were crushed in the frenzy to loot, which led to the vast majority of the violence-related deaths in KwaZulu-Natal.

Zikode also told commissioners that he had received word during the unrest — via a forwarded WhatsApp message — of a pending attack on the KZN home of then deputy chief justice Raymond Zondo,  and that he felt it was his duty to inform premier Sihle Zikalala of such.

“I have never had such contact with the premier before, but I had to contact him about this threat to the deputy chief justice. To my surprise, the premier didn’t answer my calls.

“I had sensitive information, I couldn’t just share it with anyone [including the police as] it was clear the police…[could not be trusted] as they were colluding [with the organisers of the riots].”

Zuma has publicly made known his animosity towards Zondo and his eponymous commission. It is because of Zuma disobeying a Constitutional Court order that he testify before the Zondo commission about numerous graft allegations that he was jailed for contempt of court, which sparked the riots.

When asked by Gaum to expand on why he believed the police were “colluding” during the unrest, Zikode said he had spoken with SAPS members, and it seemed that they simply did not want to police the looters.

It was almost as if there had been a command from higher up that officers should “seem to be busy doing something when you are actually doing nothing” to “keep their jobs”, he said.

“So what I am saying, this is not hearsay. I have seen police driving speedily around the township where I was, pretending to be heading to the scenes of looting, only not to do so…. They actually disappeared, it’s like someone dug a hole and they were not seen. Some of our members also saw police members looting — some in uniform, some not. It was a Christmas day in South Africa.”