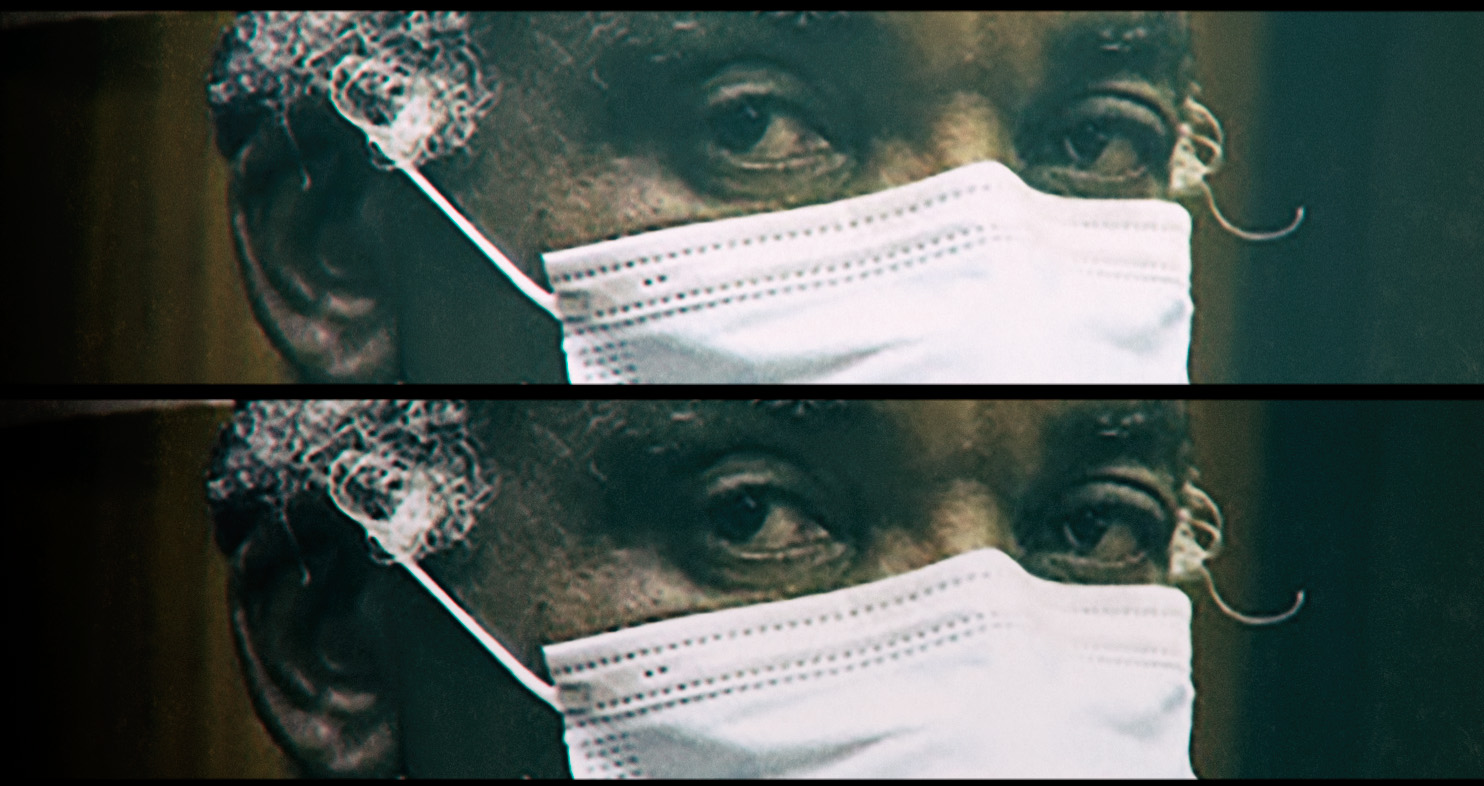 Ephraim Mfalapitsa, a former Umkhonto weSizwe combatant and later an askari turned by the apartheid security establishment, appeared in the High Court in Johannesburg. He is accused of taking part in the 15 February 1982 killing the Cosas Four. (Photo: Antonio Muchave / Sowetan

The wheels of justice might grind exceedingly slowly, but grind they do, as two former apartheid-era Security Branch police operatives have found out.

The National Prosecuting Authority’s (NPA’s) South Gauteng Director of Prosecutions, advocate Andrew Chauke, has made the “courageous and historic” decision to add charges of crimes against humanity in the revised indictment against two former apartheid-era policemen, according to the Foundation for Human Rights and legal firm Webber Wentzel.

Tlhomedi Ephraim Mfalapitsa and Christian Siebert Rorich face charges in connection with the Cosas Four matter.  They appeared in the Johannesburg High Court on Friday, 19 November, and the case was postponed until 1 December to hear the outcome of Rorich’s application for State legal representation.

The Cosas Four refers to an incident on 15 February 1982 when four young students from Kagiso township on the West Rand were blown up in a Security Police trap which killed three of them and seriously injured the fourth.

Mfalapitsa was an askari (a turned guerrilla) who had run away from the ANC in exile, and Warrant Officer Rorich was an explosives expert based in Ermelo. Rorich later became Security Branch commander for the Witbank/Middelburg areas with the rank of lieutenant-colonel before resigning from the police in 1997.

No one would ever have known who killed the youths. But when Mfalapitsa applied to the Truth and Reconciliation Commission (TRC) for amnesty, his police accomplices were forced to also apply. Security Police C Section commander Brigadier Willem Schoon, C1 commander Captain Jan Carel Coetzee, Rorich, Mafalapitsa and Security Branch Constable Abraham Grobbelaar were all refused amnesty in 2001.

All of them, with the exception of Mfalapitsa and Rorich, have died in the 39 years that have dragged by since the incident and while, after the refusal of amnesty, the government illegally interfered with the NPA to suppress the more than 300 post-TRC prosecutions that should have occurred after the commission wrapped up.

Rorich had been unlawfully recruited for his explosives expertise by Coetzee to “assist” with the murderous plot he and his superiors had hatched. Despite Coetzee admitting to the TRC that he knew nothing about the four youths — or their activities — he and Schoon decided to kill the four by luring them into a trap and blowing them up, the cover story being that they had killed themselves accidentally while receiving “training”.

Rorich rigged a deserted mine pumphouse near Krugersdorp with explosives, primed the device and hid in a nearby old building with his accomplices. In the meantime, Mfalapitsa had picked up the youths in a kombi driven by askari Joe Mamasela and brought them to the killing field.

After pretending to instruct them on the use of a Makarov pistol and a hand grenade, Mfalapitsa left, on the pretext of fetching more weapons, then locked them in the pumphouse. Rorich then detonated the explosives and the cops left the scene.

Musi lay alone in the dark, seriously injured, until eight the next morning, when police arrived, and he was taken to hospital. Later, a police officer put a gun in his mouth, and he was repeatedly tortured and assaulted. He underwent a year of operations and treatment, but his hearing remains badly damaged and he has to lip-read. He could not complete his education.

After the incident, there was no investigation, no mandatory postmortem or inquest, and the three bodies were hastily buried. But the wheels of justice have turned for 39 years, and now the surviving alleged murderers will finally be brought to book.

The NPA will argue that Mfalapitsa and Rorich unlawfully and intentionally killed the three youths as part of a systematic attack or elimination of political opponents of the apartheid regime. This was an institutionalised regime of systemic oppression by the white race group over others, with the intention of maintaining that domination.

The TRC also confirmed that between 1960 and 1994, the SA government and its security forces were the primary perpetrators of crimes against humanity in the region.

This case is crucial for progressive criminal justice and especially for the families, who, like so many other families of apartheid victims, have waited painfully and patiently for many years in the face of government intransigence.

After the disappointments of former Security Branch policeman Joao Rodrigues dying just before he was about to face justice for the murder of Ahmed Timol, after managing to delay justice with 19 court postponements, and the death of his fellow torturer James Taylor days before the NPA decided to prosecute those responsible for the death of activist doctor Neil Aggett in detention in 1982, the indictment is a welcome relief. Judgment in the Aggett inquest is expected soon, and recommendations have been made for criminal prosecutions. Then it will be up to the NPA to act.

It is also a massive victory for the human rights lawyers who have fought consistently for years — step by step — to chip away at the obstacles that prevented such prosecutions, and who have ensured that this court case can now occur.

These steps include the application to have missing ANC courier Nokuthula Simelane declared dead (she vanished after being abducted by the Security Police in 1983), and then to reveal through those court documents that the ANC government had illegally suppressed prosecutions because they feared some of their own high-ranking officials could also face prosecution.

The firing of former National Director of Public Prosecutions Vusi Pikoli was motivated by his refusal first to disobey his oath of office to prosecute without fear or favour, when pressured to do by his minister, Brigitte Mabandla, and then by his decision to prosecute the then National Police Commissioner Jackie Selebi against the wishes of then president Thabo Mbeki, who himself had initially been refused amnesty by the TRC.

Another step was taken when journalist and author Lukhanyo Calata, the son of murdered Cradock Four activist Fort Calata, initiated steps to force the NPA to begin prosecutions against a long list of apartheid bosses, including FW de Klerk, who has now also escaped justice, along with former Cradock Security Police boss Major Eric Winter, who died recently. Two of the murderers of the Four, Eric Taylor and Gerhard Lotz have also died, Lotz having committed suicide.

There must be great unease today among a large number of former apartheid-era policemen who could now face trials. Those perpetrators who still survive must know the families, and the human rights activists and lawyers who support them, will never rest until the criminals are brought to book.

The era of apartheid torturers and murderers walking freely on our streets is coming to an end. DM