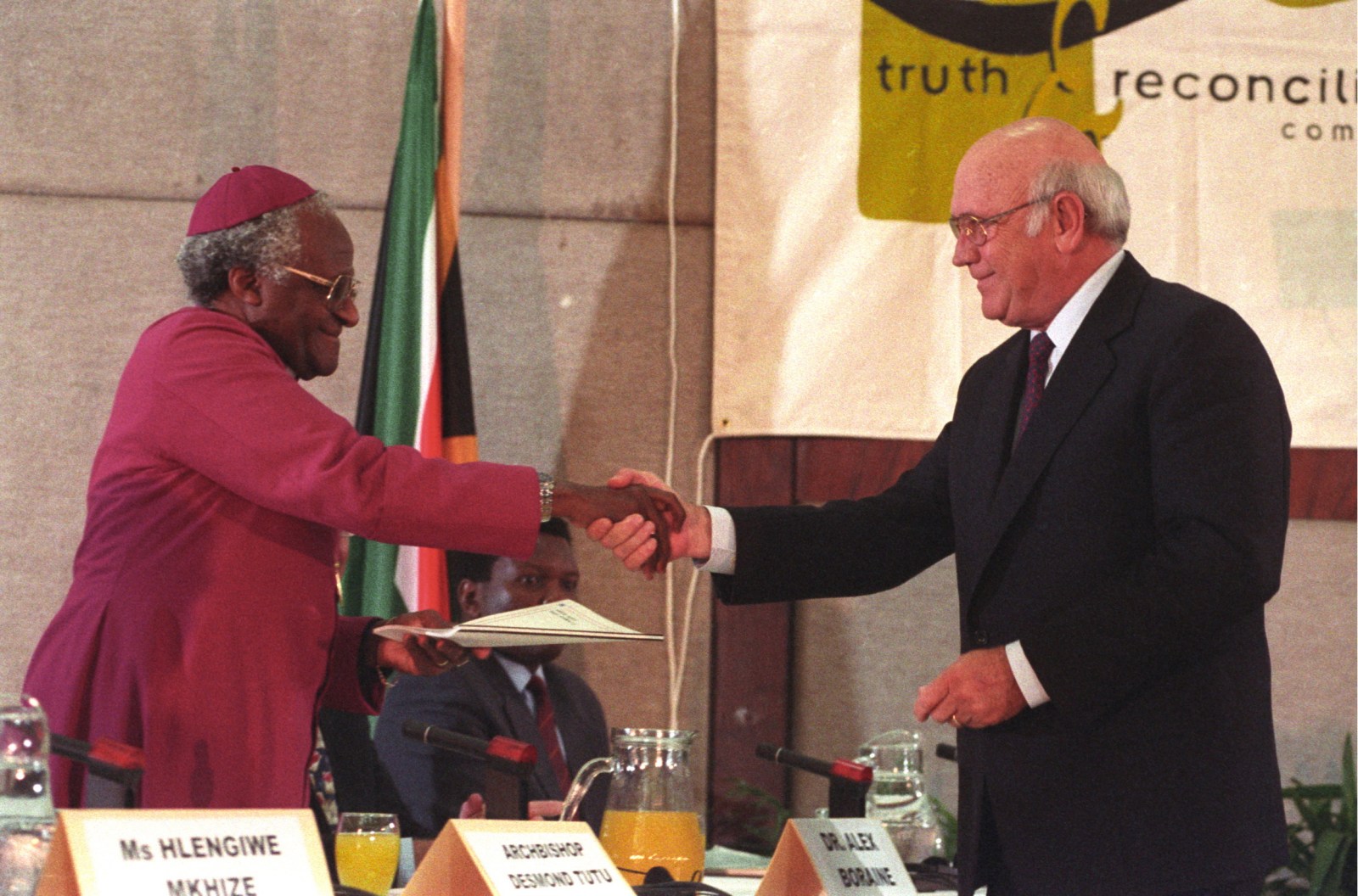 The policy of suppressing the post-TRC cases was revealed only recently by court judgments based on evidence from former NPA prosecutors and Advocate Vusi Pikoli, who told the courts of his falling-out with senior ministers over their attempted 'improper interference', which was in conflict with his oath of office.

While the Truth and Reconciliation Commission (TRC) was hearing “all the truth about our history”, as Archbishop Desmond Tutu put it at the opening hearing in East London’s City Hall, which resonated to cries of grief, the ANC’s hard men were chatting with South African Defence Force (SADF) generals and, in separate talks, with South African Police generals about how their criminal members could avoid prosecution.

Just three years earlier, amid a media fanfare, then president FW de Klerk had boasted in March 1993 that they had dismantled six deliverable nuclear weapons.

This was unprecedented, but it was also a smokescreen. Just before the first democratic elections, De Klerk – without consultation – very quietly granted amnesty to more than 4,000 military officers.

The result was that the TRC hardly scratched the surface of how the SADF grossly violated human rights, committed war crimes and was responsible for atrocities during deployment in townships, in the Border War, and in cross-border raids.

Major-General Dirk Marais, the former deputy chief of the army and convenor of the SADF Kontak Buro (the coordinated military response to the TRC, and which provided former soldiers with network support), told two separate historical researchers, Michael Schmidt and Ole Bubenzer, about how the negotiations had begun.

This “Pact of Forgetting”, as Marais calls the two sets of clandestine negotiations, continued until the talks finally both collapsed in 2004.

Marais told Schmidt: “My counterpart on the ANC side was [businessman] Mr Jürgen Kögl. The deliberations were initiated by the ANC.”

Zuma and General Jannie Geldenhuys then met “frequently” until 2003 to discuss how to avoid trials. Between four and seven generals participated from the SADF side, led by Geldenhuys.

Bubenzer says Marais told him there were seven reasons for the clandestine talks:

The SADF side was represented by generals Geldenhuys, Malan, Viljoen and “Kat” Liebenberg. Marais said meetings took place every few months, a few times at Kögl’s house, a few times at the Presidency, once in Mbeki’s house and once in Durban with Zuma.

Some of these ANC names, incidentally, crop up in affidavits by former National Director of Public Prosecutions Advocate Vusi Pikoli as “influential forces in government” who did not want to see former comrades prosecuted and illegally pressured him to stop the post-TRC prosecutions while he was in charge of the National Prosecuting Authority (NPA).

And interestingly, all of the people named above were either denied amnesty by the TRC, or did not apply.

Bubenzer says the consulting parties had agreed on a legal mechanism that practically amounted to a new amnesty law by the end of 2002, but Mbeki rejected it in early 2003.

Both sets of talks then fell apart.

A political advocacy group, the Foundation for Equality Before the Law (FEL), had been formed for police involved in political conflicts. It was advised by Pretoria-based Advocate Jan Wagener.

The FEL aimed to “find a solution to avoid prosecution of former members of the security police who had not received amnesty”, Bubenzer wrote.

This hung like the proverbial sword of Damocles over the ANC, particularly over the “ANC 37”, who had been denied amnesty. When the NPA requested the dockets, the FEL refused – its interest, obviously, was to stop all prosecutions.

So when the NPA proceeded in 2004 with the Reverend Frank Chikane poisoning case, alarm bells clanged.

The prosecutor was phoned on the way to execute the Chikane arrest warrants and told to withdraw them immediately, apparently on Mbeki’s orders.

“The suspension of the arrests was mainly the result of a political settlement behind the scenes,” said Wagener. He had called Mbeki’s office.

In January 2007 the NPA announced it would push ahead with attempted murder charges against former minister of law and order Adriaan Vlok, General Van der Merwe and three security policemen.

By August, the accused had made a plea bargain, agreeing to turn state witness against General “Basie” Smit, and pleading guilty. Vlok and Van der Merwe each got 10 years, suspended.

The policy of suppressing the post-TRC cases was revealed only recently by court judgments based on evidence from former NPA prosecutors and Advocate Pikoli, who told the courts of his falling-out with senior ministers over their attempted “improper interference”, which was in conflict with his oath of office.

This, together with the impending arrest of corrupt police commissioner Jackie Selebi, led Mbeki to suspend him and set in motion Pikoli’s revelations about the suppression policy.

The “Pact of Forgetting” that General Marais called the secret talks and the policy of suppressing the post-TRC prosecutions by any means necessary have resulted in many calls for a commission of inquiry.

The Foundation for Human Rights (FHR) has “broad support from all constituencies” to pursue litigation to compel the President to establish a [commission of inquiry]”, said Ahmed Mayet of the FHR.

The families of the victims never forget and there are many families that are forcing the wheels of justice to grind slowly onwards to open up the dark secrets and lies of our recent past. DM168

David Forbes is an independent social, political and economic commentator with an ecosocialist view of the world.