On Board with Nestlé? Academics express concern over conflicts of interest 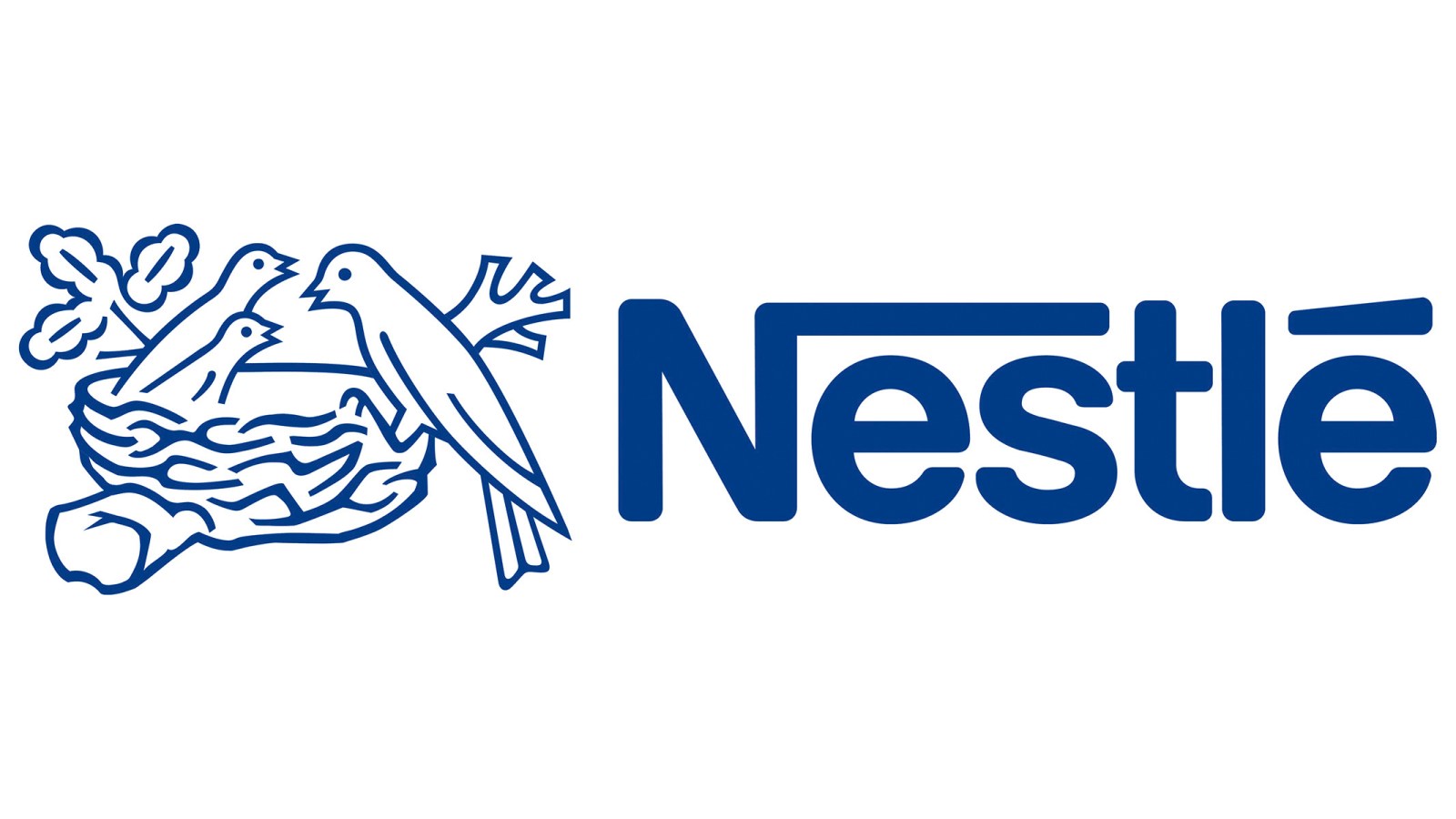 Academics across the world have been expressing growing concern over what they describe as ‘corporate capture’ of multilateral conferences, such as the recent UN Food Systems Summit, and growing corporate influence on universities, think tanks and research agendas. But a dispute between the University of Pretoria and a large group of South African health experts and academics suggests a lack of agreement about the line between academic independence and corporate interest.

Last week, a group of nearly 220 senior academics signed a letter of concern (available here) about a possible conflict of interest that they insist has arisen following the appointment of highly respected Professor Lindiwe Sibanda, director of the African Research University Alliance (ARUA) Centre of Excellence in Food Security, to the Nestlé global board of directors.

In a press statement from February 2021, announcing her appointment to its board, Nestlé praised Sibanda’s “hands-on farming experience and her expertise in environmental sustainability, public policy and sustainable food systems”. They added that “she will provide invaluable guidance along our journey to build regenerative food systems at scale. Her broad experience across the African continent as well as across the globe will enrich the board’s insights.”

However, the academics have expressed fear that the appointment may unduly influence her leadership of the ARUA Centre of Excellence for Food Security, which is based at the University of Pretoria. They cite concerns that Sibanda was also chair of the local organising committee of the Conference on Global Public Health Challenges: Facing them in Africa, held from November 17 to 19.

Lori Lake, from the Children’s Institute at the University of Cape Town and one of the signatories, stressed that “this is not about an individual, it’s about the role of industry in actively seeking to influence key thought leaders in academia and undermine their integrity”.

To support their concerns the letters’ signatories provide definitions of conflicts of interests from the World Health Organization as well as the World Public Health Nutrition Association. They reference a 2017 Cochrane Review which found that “industry funding leads researchers to favour corporations either consciously or unconsciously”.

One of the letters’ signatories, for example, pointed to the levels of remuneration received by board members. According to Nestlé’s 2020 Corporate Governance and Compensation report “each member of the Board of Directors receives a Board membership fee of CHF 280,000 (R4,7-million) and an Expense Allowance of CHF 15,000 (R253,000)”.

Most of the signatories to the “open letter” are prominent academics and experts in health, food systems and nutrition at several South African universities and from all over the world.

The letter asks ARUA to clarify “how this conflict has been investigated and how the conflict of interest will be managed”.

On Friday, Professor Sue Goldstein, deputy director of the SAMRC’s Centre for Health Economics and Decision Science (PRICELESS SA) and one of the initiators of the open letter, received a response from the University of Pretoria’s Department of Audit and Compliance Services, stating:

“It was established that Prof Sibanda’s role at Nestlé was approved within the University of Pretoria per the applicable UP policies.”

“Prof Lindiwe Sibanda is a well-respected academic and specialised expert in her field with unique expertise and skills that would enable her to play an important governance role through her advising and monitoring functions as an independent director on the Nestlé board.”

Kupe concluded: “In general, academics bring a different perspective to the table, are independent and critical thinkers with their own opinions.”

Tanya Doherty, chief specialist scientist at the SAMRC, described this response as “disappointing… it shows that these declarations are an administrative process with no consideration for conflict of interest and broader implications of these corporate relationships. As academics and learning institutions we also need to set an example for future generations and avoid corporate relationships that undermine global public health.”

The context: The power of big food

The University of Pretoria says: “The matter is closed.” However, it is unlikely that the dispute will go away.

The world faces growing food insecurity as well as exploding pandemics of non-communicable diseases linked to undernutrition and unhealthy eating habits – behaviours and eating habits that are often encouraged by the “big food” industry. The industry is also guilty of trying to undermine public health regulations that adversely affect its profits, as reported in a recent investigation for Maverick Citizen by Laura López González (see here).

In this context academics across the world express growing concern over what they describe as the “corporate capture” of multilateral conferences, such as the recent United Nations Food Systems Summit, as well as the growing corporate influence on universities, think tanks and research agendas.

Nestlé, particularly its marketing of its breast milk substitute products, has long been the focus of criticism. Thus the open letter states:

“Per its own admission, more than 60% of Nestlé’s food and beverage portfolio are deemed unhealthy products. Nestlé has also been accused of engaging in harmful corporate practices including the use of child slave labour, illegally promoting breast milk substitutes, unfair labour practices, and massive water usage sourced from water-scarce areas.”

They provide references for each of these allegations and also claim that “in South Africa, we have documented repeated violations by Nestlé of the R991 regulations related to infant formula marketing and recently academics and civil society voiced opposition to a recent Nestlé-sponsored event for mothers which was subsequently cancelled”.

Asked for comment, Saint-Francis Tohlang, corporate communications and public affairs director at Nestlé: East and southern Africa region, said they were aware of the letter:

“Professor Sibanda is an independent Board member and information about this is available publicly on our website… Regarding the allegations against Nestlé mentioned in the letter, we refute these decisively and want to reassure you that we comply with all applicable regulations everywhere we operate.”

The SAMRC’s Professor Gray had not seen the letter at the time she was asked for comment. However, she said that she felt there were sometimes grey areas in arguments over possible conflicts of interest, giving as an example independent scientific advisory boards set up by pharmaceutical companies on medical research. Nevertheless, Gray was categorical: there are some industries academics should not work with under any circumstances – “infant feeding, tobacco and alcohol”.

However, Gray said Sibanda “should be given an opportunity to explain why she might feel there is no conflict of interest”.

On Monday, Sibanda responded to questions sent by Maverick Citizen, saying she had been “headhunted and appointed to serve as an independent board member in her private capacity” and is “the only non-executive Board member from Africa”.

She added that she has “always known about Nestlé and its operations, and one thing I treasure as a food systems policy advocate is access to new ideas and knowledge, generating evidence which can be used to influence policies that create a conducive environment for the sustainable development of people and our planet”.

“In my role as a Nestlé Board member, I have an excellent opportunity to raise Africa’s voices on all the sustainability issues (economic, social and environmental), provide Nestlé with information on the challenges we face in Africa, and where Nestlé has needs, provide the necessary knowledge. I serve on the Nestlé Sustainability Committee, and I have been impressed by the commitments Nestlé has made publicly on reforestation, regenerative agriculture, sustainable packaging, to mention a few.

“Nestlé has partnered with various African universities for joint research, some of which is published in international peer-reviewed journals. Currently the University of Pretoria has not approached Nestlé for such a partnership. I hope it is evident that I would have been in the Nestlé Board without my role as Director of ARUA-SFS. Nestlé is not funding any of my ARUA-SFS work.” DM/MC