Foreign investment into Africa shifts from commodities to services 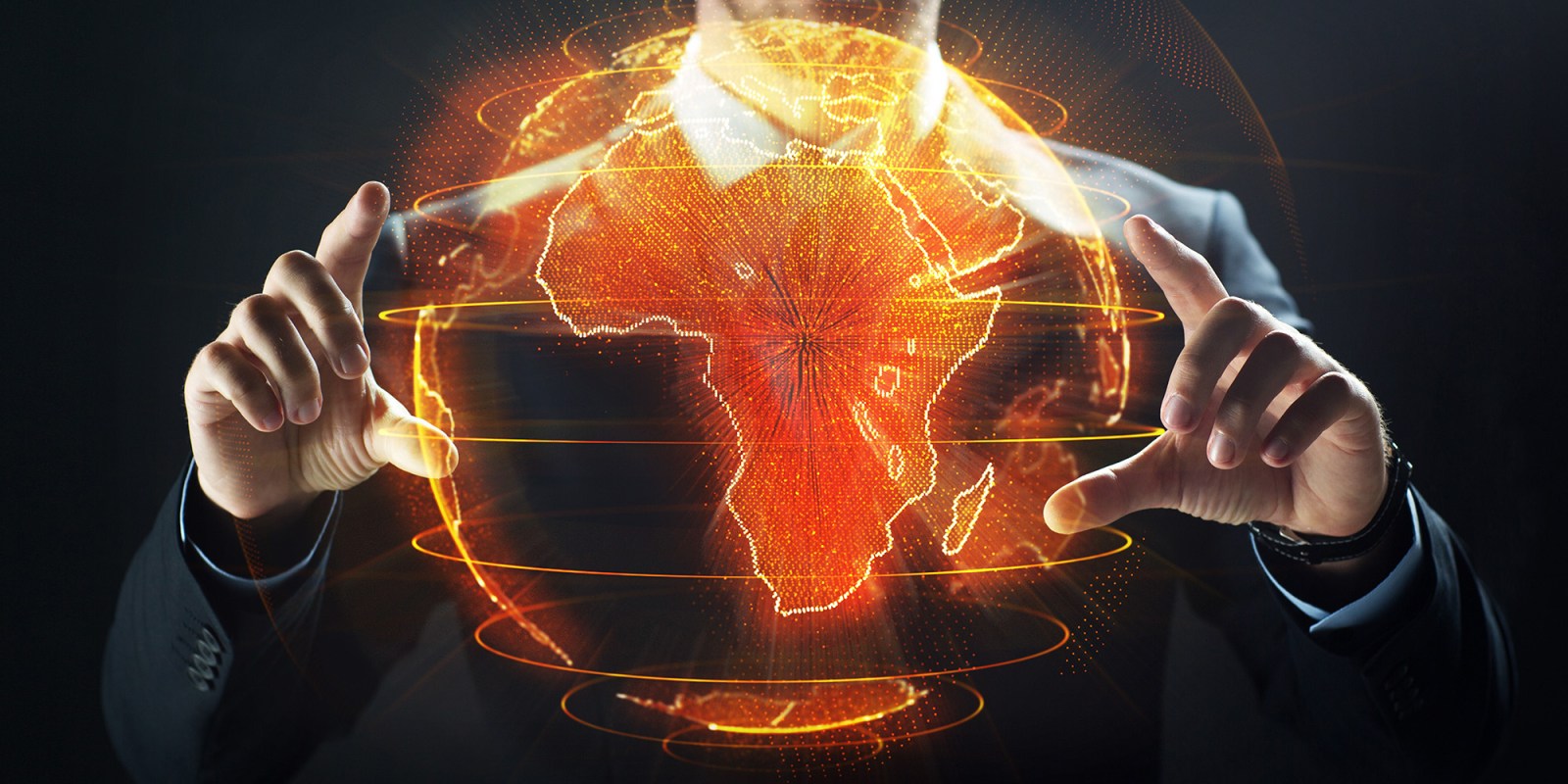 Africa’s political economy has long been defined by commodities and extractive industries, but that is now changing at a 5G clip. In a new report, global accountancy firm EY says that services now comprise 72% of foreign direct investment flows into the world’s poorest continent, while the extractive sector attracts only 4%.

Hewers of wood and drawers of water no more?

Not quite, but if foreign direct investment (FDI) flows into Africa are anything to go by, its political economy is undergoing a transformation of note.

According to global accountancy firm EY’s 10th annual Africa Attractiveness Report, the extractive sector — mining, oil and gas — accounted for only 4% of FDI inflows in 2020. By contrast, the broad service sector attracted 72% of Africa’s FDI. The remainder went into “industry”, which would include manufacturing.

This does not mean that Africa is not still heavily reliant on commodities. One of the report’s findings is that FDI into Africa last year fell by 50%, the hardest-hit region worldwide.

“This could be ascribed to its still largely resource-export dependent economies, which felt the impact of commodity price declines and rapidly decreasing demand, particularly from China, causing them to fall into recession,” said Sandile Hlophe, EY partner and Africa Region Government and Infrastructure leader.

But investment flows are changing, and it is the service sector that is enticing the lion’s share.

Environmental concerns are among the factors driving this shift.

“FDI is shifting away from extractive industries as an increased global focus on environmental sustainability requires a step change across the corporate world,” the report notes.

This addresses the green energy transition and related concerns that form part of the corporate embrace of ESGs — environmental, social and governance issues. 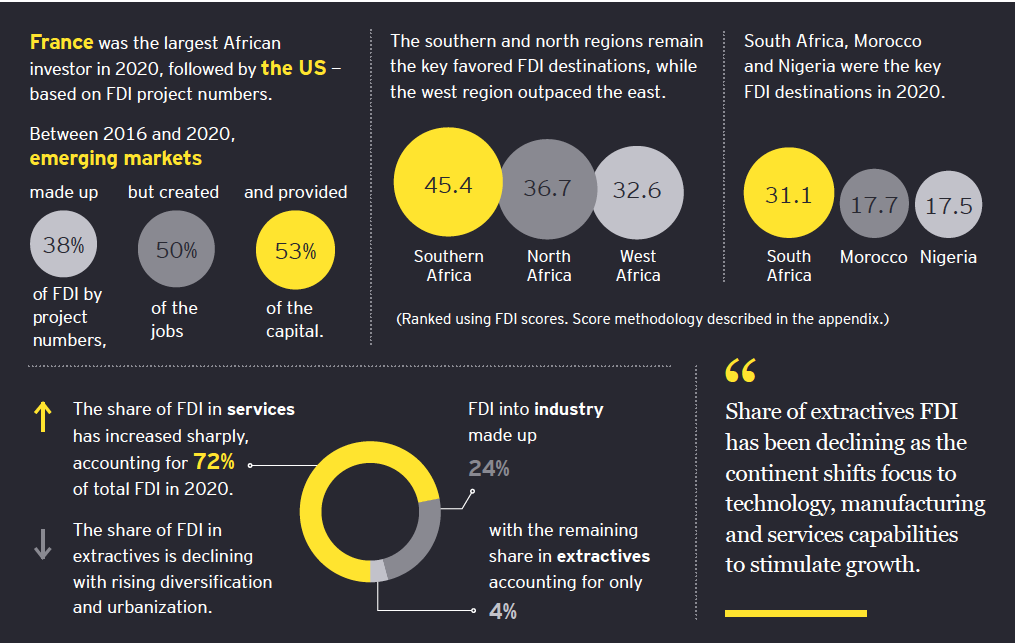 “Though extractives accounted for a considerable portion of inbound capital (31%) between 2016 and 2020, they rank low in comparison with both services and industry in project numbers (7%) and the share of jobs created (11%).

“Over the last five years, service-based sectors received the highest capital investment (45%, amounting to $158-billion) of the three industry groups, created more jobs (55%, 400,000) and accounted for 69% of Africa’s FDI projects,” the report said.

“Africa’s economies have been rapidly transforming through the first two decades of the new millennium, making them less dependent on extractive industries, as they aim to become more sustainable and competitive.

“Investors are moving away from oil exploration and mining to ‘new age’ sectors, including ICT, retail and business services. This trend is likely to accelerate as energy investors are increasingly compelled to meet stringent zero net carbon emission targets.”

There have also been mounting concerns over the past couple of decades about corruption in the extractive space and the failure of the commodities sector to spread its benefits beyond a kleptocratic elite in countries such as Angola. Extractive industries in Africa have often had a bad name. Think, for example, of terms such as “blood diamonds”, the “Marikana Massacre” and the “resource curse”.

It will be of more than passing interest to see how this plays out. The current commodities boom may be attracting more capital to Africa’s resource sectors this year, though that is not entirely apparent at this stage. But it is certainly becoming harder to raise finance for hydrocarbon projects, and not just in Africa. Meanwhile, let the services sector bloom. This is, after all, the 21st century.  DM/BM

A New Weight-Loss Medicine Is Flying Off the Shelves

Inflation Is Killing the Dollar Carry Trade in Emerging Markets