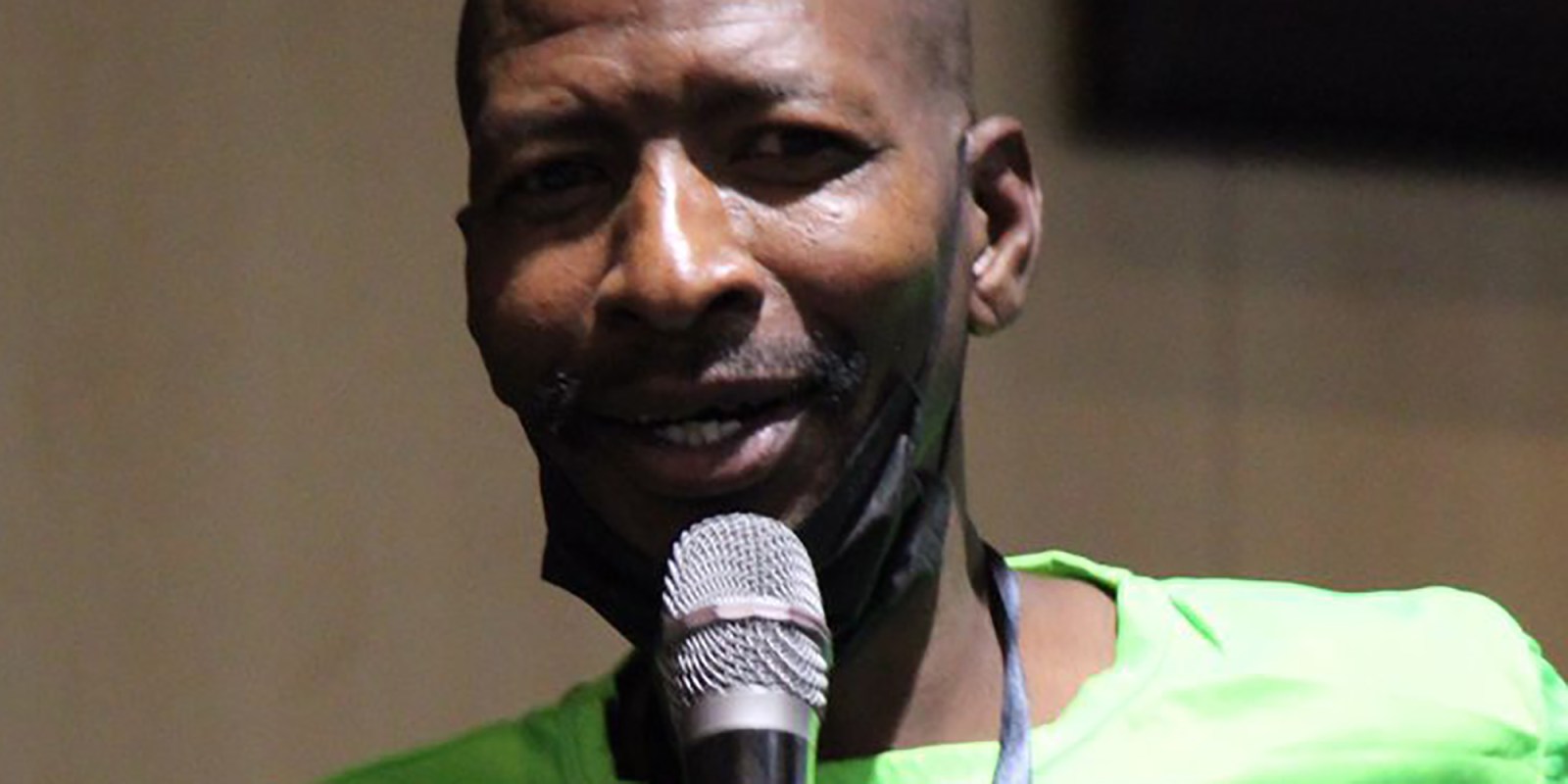 Freelance journalist Edwin Ntshidi was sworn in as an ActionSA councillor for the City of Johannesburg on Monday, 22 November 2021. (Photo: Twitter / @Action4SA)

Freelance journalist Edwin Ntshidi covered the elections for Eyewitness News while also standing as a PR candidate for ActionSA in Johannesburg. His violation of journalistic ethics will deepen mistrust between media houses and their audiences.

On 15 November, journalist Edwin Ntshidi reported in Eyewitness News (EWN) that the Freedom Front Plus, ActionSA, UDM, ACDP, IFP and Cope were due to hold a meeting in Sandton to negotiate coalition deals in hung municipalities.

What Ntshidi, a freelancer whose voice is well known to listeners of 702 and 947, didn’t report was that he was on ActionSA’s proportional representation (PR) list of candidates in the City of Johannesburg in the local government elections.

Ntshidi, who covered the local government elections extensively for EWN, was sworn in as a PR councillor for ActionSA in the City of Johannesburg on Monday, which appears to be a clear violation of the Press Code of Ethics and will likely further deepen the public’s mistrust in media.

According to a report from News24, EWN editor-in-chief Mahlatse Mahlase said Ntshidi served his notice on 7 November and the media house only recently learnt of his political ambitions.

News24 said it approached Ntshidi for comment at the Johannesburg council meeting on Monday, but after meeting with ActionSA leaders he declined to comment on whether his reporting during the elections was biased or whether he planned to continue working as a journalist.

“We lead a team of journalists who proudly and vigorously uphold the highest editorial standards and ethics. EWN has sound editorial policies in place to ensure unbiased reporting, and stories go through a rigorous subbing process that entails more than one person approving copy.

“It is even more critical that these steps are in place during an election, and we have several review meetings to ensure that our coverage is fair, balanced, and accurate.”

On Monday, EWN announced that Mahlase, a former News24 politics editor and SA National Editors Forum (Sanef) secretary-general, will leave the media house in 2022 to pursue a role outside news media and will be replaced by Newzroom Afrika politics editor Sbu Ngalwa.

Daily Maverick understands her resignation is unrelated to Ntshidi’s appointment as a councillor and she made her decision to leave long before Ntshidi’s shock political appointment.

A number of journalists have crossed into the political sphere and many leave the industry to work in government communications. Politics and media are closely related and while questions about conflicts of interest are often asked once a journalist takes a job with a political party or government, such transitions are usually managed to avoid an overlap that undermines the public’s trust in the media.

The Press Code states that media shall “not allow commercial, political, personal or other non-professional considerations to influence reporting, and avoid conflicts of interest as well as practices that could lead readers to doubt the media’s independence and professionalism” and may “not accept any benefit which may influence coverage”.

A cursory look at Ntshidi’s reporting for EWN in the elections does not show any obvious signs of bias towards ActionSA but how such conflicts of interest manifest are difficult to measure.

For example, as an ActionSA candidate who is hoping to earn an income with the party in the City of Johannesburg, could Ntshidi have excluded critical reporting on ActionSA leader Herman Mashaba and his stance on undocumented migrants?

An explainer on the Press Code by the press ombudsman notes on the provision on avoiding political conflicts of interest: “Each and every journalist has the right to hold political views and even to support a specific political party. However, they should not allow their political persuasions to slant their reporting. Surely, it is best not to be a member of any party.”

It continues: “Not only should journalists consider their own positions, they should also contemplate what impression their actions may create. That is why the Code adds that ‘arrangements or practices that could lead audiences to doubt the media’s independence and professionalism’ should be avoided.

“Perceptions are realities in the eyes of the beholder. So: Even if your conscience is clear, you still need to consider the effect (consequences) of your actions.”

Ntshidi clearly violated those provisions to the detriment of EWN and the media industry as a whole. It’s astonishing that ActionSA, which must have known about Ntshidi’s conflict of interest, allowed Ntshidi to stand as a councillor candidate while he was in a position that could at least create the perception of media bias towards the party.

For all Mashaba and ActionSA’s bluster about representing a public “gatvol” with politics, it either condoned Ntshidi’s conflict of interest or failed to properly vet its candidates, raising questions of the calibre of its members who hold decisive votes in Johannesburg, Tshwane and Ekurhuleni. DM