Bartering for positions: Horse-trading for municipal council power goes down to the wire 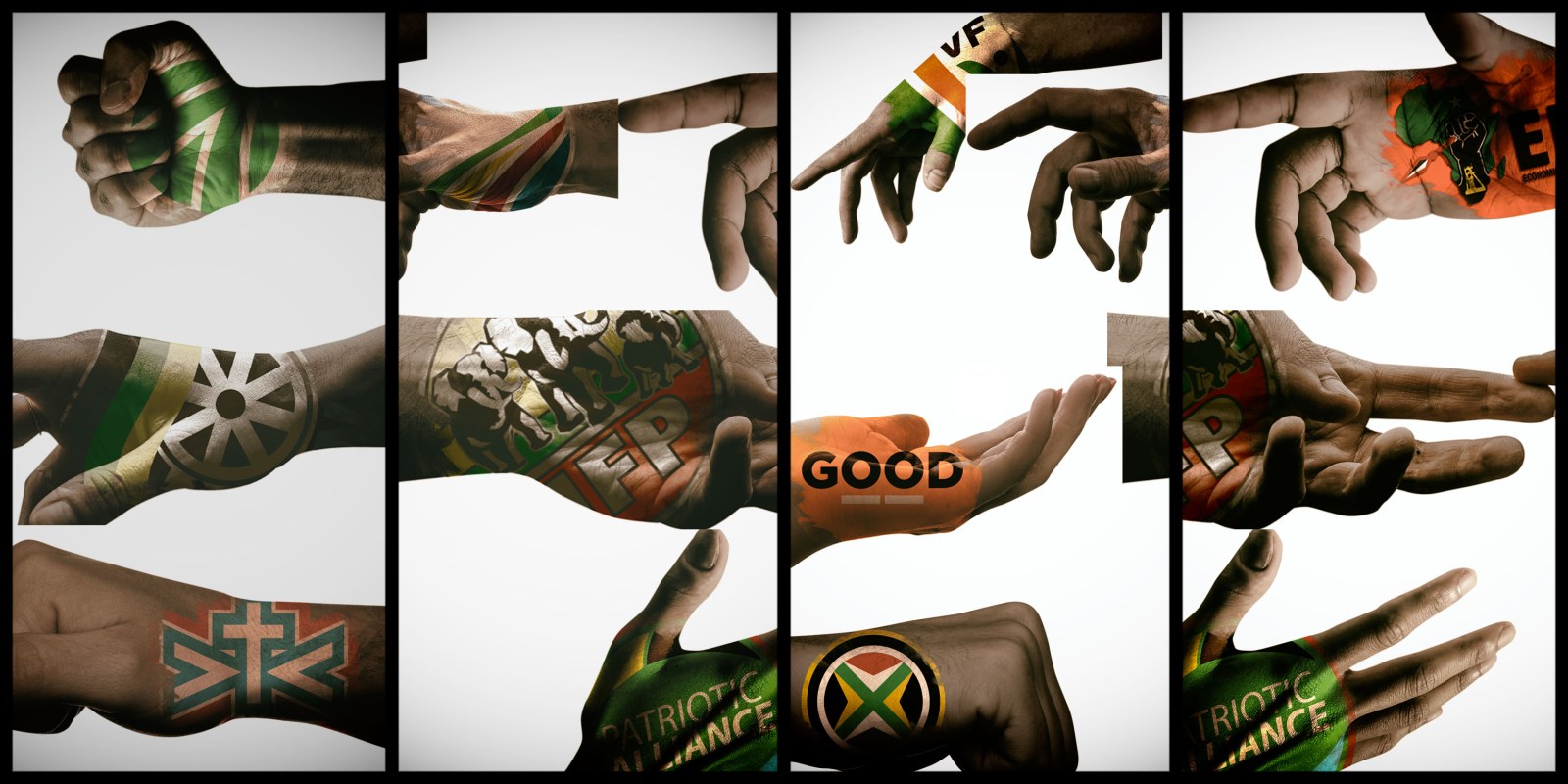 Parties have until 23 November to come up with strategies in the hung councils. Bartering for positions is especially strong in the five hung metros, where parties can enter agreements rather than coalitions. Unstable, but better than a revote.

Over two weeks after the 1 November elections, there’s a clearer picture of what might happen in at least one of the five metros where no party won a majority but nothing is certain until someone dons the mayoral chain and even then they’ll have to fight to keep it.

Ekurhuleni, eThekwini, Johannesburg, Nelson Mandela Bay (NMB) and Tshwane were all up for grabs after the vote but eThekwini now seems decided after the IFP announced an agreement with the ANC that each would support the party with the most votes in hung municipalities in KwaZulu-Natal. With the IFP’s support, the ANC will hold a majority in eThekwini with 112 of the council’s 222 seats.

Only a week earlier, IFP leader Velenkosini Hlabisa said the party would not enter into a coalition with the ANC in KZN because “the voters expressed themselves clearly against the ANC”. This week Hlabisa insisted that backing the ANC in some KZN municipalities and receiving support from it in others did not equate to a coalition and that after helping to elect mayors, the parties would sit on the opposition benches.

The coalition negotiations in the metros have so far been defined by public posturing and backroom deals as parties vie for power but want to save face with voters ahead of the 2024 provincial and national vote.

Negotiations in other metros appear deadlocked, suggesting that leadership could be determined by parties’ strategic decisions – who participates in council meetings, who votes for whom and who abstains. Such factors will likely lead to unexpected permutations that belie the public bluffs and could avoid a rerun of the elections in areas where no party can form a majority coalition.

The ANC was in a better position this week after bolstering its support by partnering with the Patriotic Alliance (PA). The PA has eight seats in Joburg, four in Ekurhuleni, two in NMB and one in Tshwane.

PA leader Gayton McKenzie has been open about his party’s bid for power and he announced a nationwide coalition agreement with the ANC, which has already seen the PA take its first mayorship in Laingsburg.

The ANC will provide an update on its coalition discussions on Sunday but, according to McKenzie, the ANC promised the PA executive positions in the metros it might take.

The PA flipped on the DA and ANC multiple times in Johannesburg and NMB after 2016 and is notoriously unreliable in its quest for powerful positions.

Even with the PA’s deal with the ANC, Johannesburg, Ekurhuleni, Tshwane and NMB are still in play.

The DA will have a majority in Tshwane if it can reach an agreement with Herman Mashaba’s ActionSA, the Freedom Front Plus (FF+), ACDP and Cope or another one-seater party. The FF+, ACDP and Cope joined a coalition with the DA in a number of metros after 2016 and Mashaba served as Johannesburg mayor as a DA member.

The parties seem like natural coalition partners but are yet to reach an agreement as they appear to differ over who should take the mayorship in Tshwane and Joburg – Mashaba was quoted as saying the DA can’t have both – and the DA’s alleged superior attitude towards “smaller” parties, a claim also levelled at the DA in its post-2016 coalitions.

Such a deal would also be crucial in Johannesburg. Without the PA’s support and with the IFP in question, the DA won’t even get close to forming a majority of 136 seats but its potential coalition would likely hold a higher number of seats than an ANC-led group and could see a DA-backed coalition take the city with a minority government.

The ANC is in a similar position in Ekurhuleni. It’s unlikely to form a majority coalition but is in a leading position to form a minority government.

Anything could happen in NMB, where you’ll need to keep your calculator handy. With the DA and ANC tied, the EFF and smaller parties essentially hold the deciding votes but will have to vote together, or not attend a vote, to see a mayor elected. NMB is the most likely of the hung metros to see a revote.

The EFF, which has said it won’t support the ANC or DA, could make or break leaders in Gauteng’s three hung metros and to a lesser extent in NMB. The DA has refused to work with the EFF and this week Malema said talks had broken down with the ANC. He claimed the ANC was focused on positions rather than principles in negotiations but according to a letter from Jessie Duarte it appears the opposite was true.

With four metros still in the balance, the clock is ticking to elect speakers and mayors and avoid a rerun of the elections, which would be costly and unpredictable for all involved.

Councils must meet by 23 November, within 14 days of the declaration of the election, and attempt to elect a speaker and executive mayor. While the law promotes the formation of a government and allows some leeway, the provincial government could ultimately intervene, dissolve the council, put it under administration and hold by-elections within 90 days, which is a last-resort measure.

That’s how the IFP plans to elect the ANC in eThekwini and how the EFF elected DA leaders in Johannesburg and Tshwane in 2016. The minority government, which cannot pass council resolutions on its own, would rely on its informal partner to pass proposals on an issue-by-issue basis.

Most parties are currently focused on public brinkmanship and are defining themselves by who they refuse to work with. In practice, a number of parties are likely to budge and support the election of their opponents, in one way or another, to avoid a rerun of the elections and to have the chance of removing them down the line.

The DA has said it might support minority ANC governments, and the EFF, with a decisive number of votes in most hung metros, could do the same with either the DA or the ANC, while holding the power to block budgets and topple leaders but never entering into a formal agreement.

The conversation around forming coalitions has mostly focused on achieving a majority of the total number of councillors in a municipality, but that’s not always how municipal elections work.

The DA’s Randall Williams was elected Tshwane mayor in October 2020 with 97 votes against the EFF candidate’s 25, with one abstention. Tshwane has a total of 214 councillors, meaning Williams didn’t win a majority from the total number of councillors. Yet he won a majority of votes at a meeting that met quorum, essentially because the ANC decided not to participate.

If councillors from the EFF, with 29 seats, don’t attend Joburg’s first council sitting and all others do, there’ll be 241 members present, meaning the meeting would still quorate but only 121 votes are needed to elect a mayor. If likely partners the DA, ActionSA, FF+ and ACDP form a coalition or just vote along the same line, they have 123 votes.

Such hypothetical permutations are possible, or could at least be a factor, as parties weigh up whether they can enter into coalition agreements, support minority administrations or influence the numbers by staying away. Such arrangements are inherently unstable but are common in municipal politics.

As councils sit this week ahead of the 23 November deadline, parties have more than one option to influence the mayoral vote than getting into a coalition. They can also change strategies and allegiances in the five years to come. DM168