Springboks lay down challenge to England with settled team selection 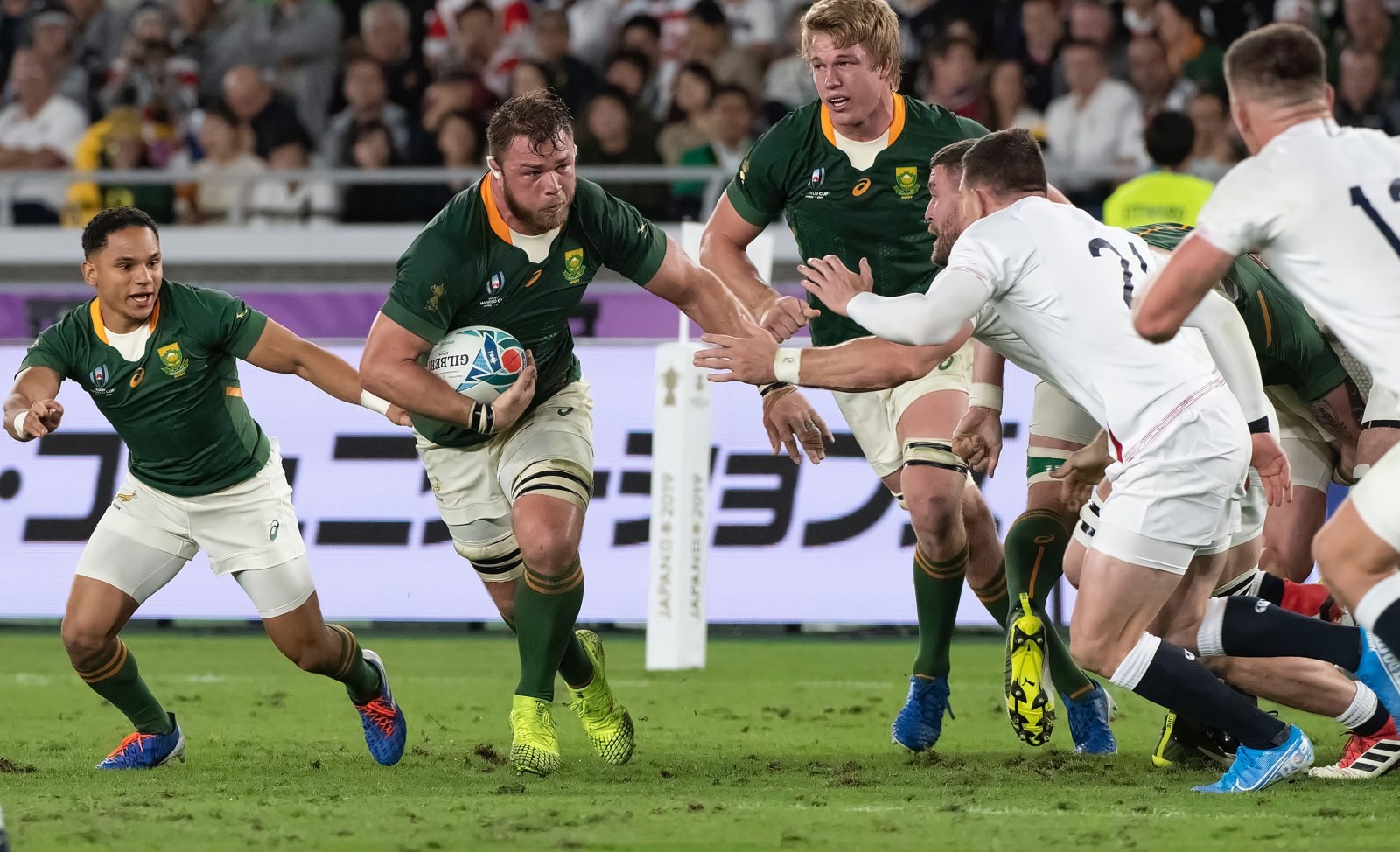 Springbok coach Jacques Nienaber produced precisely zero surprises when naming his last team of the year to face England at Twickenham on Saturday.

When the final chapter of the Jacques Nienaber/Rassie Erasmus era of Springbok rugby is written, which hopefully is still a long way off, it will reflect that this was a period where transparency was fundamental.

On Tuesday, Nienaber named his team to face England for the Boks’ 13th and final Test of a taxing, Covid-impacted season. And there were precisely no surprises in the names he revealed because this Bok squad does not play subtle mind games.

Nienaber is not shy to say: “These are the best 23 we have this week, this is how we play, so come and beat us.” From early team announcements to virtually handing the opposition their game plan, the Boks simply aren’t into wasting energy on trying to score mental points with silly mind games. They only display supreme self-confidence.

Frankly, their unprecedented openness and lack of ego, has been their biggest strength. The message they send to opponents by playing open cards on selection and tactics is that they are confident in their own ability and plans.

And the consequence of that transparency is that it unsettles opponents. They start second-guessing their own game plans and processes and spend unhealthy amounts of time pondering if the Boks are pulling some sort of double/triple cross on them. But the Boks are as unsubtle as an Eben Etzebeth charge, and equally daunting to stop.

In the first clash between the sides since the Boks beat England 32-12 in the final of Rugby World Cup 2019, there is a real sense of drama about this match.

Throw in some lingering animosity from the Lions tour and the imminent announcement of the sanction against director of rugby Rassie Erasmus for his leaked 62-minute video after the first Test of that series, and it has all the ingredients of a grudge match.

The fact that Nienaber has opted to start with Cobus Reinach and Handre Pollard at halfback for the England game, after both were on the bench last week against Scotland, could have been predicted when the squad was named a month ago.

England is the focal point of the tour and whether outsiders agree or not, in the absence of a fit Faf de Klerk, Reinach was always going to start this game. And regardless of public sentiment, so was Pollard, and so was fullback Willie le Roux.

In the deciding third Test against the Lions, when De Klerk was injured, Nienaber didn’t turn to Herschel Jantjies, but to Reinach to start and he’s doing so again.

Pollard and Le Roux’s form is a matter of debate and perspective. Outsiders might feel the pair are playing on reputation at the moment, but Nienaber and his staff see it differently, and who are we to doubt them? They have surely earned the right to be trusted.

The same goes for Jesse Kriel’s continued presence on the right wing. He was excellent against Scotland. He took his chance after sitting out the entire Lions series and most of the Rugby Championship.

Sbu Nkosi’s late arrival on the tour because of a passport that lacked the requisite number of blank pages opened the door for Kriel and he crashed through it. In reality though, both are keeping the position warm for the injured Cheslin Kolbe.

And bringing lock Lood de Jager back into the starting lineup for England, after being on the bench during the 30-15 win over Scotland, is hardly worth noting. It was always going to happen.

Franco Mostert and Herschel and Elton Jantjies, who all started against Scotland, move the bench this weekend. It’s a move they would’ve known was coming in about late October, such is the attention to detail in the Bok planning.

And that focus has been vital to keeping the players and management sane in a desperately difficult year. Routine, communication and honesty have been pillars of the 2021 campaign, which has had far more complexity than any other season.

Considering the backdrop, it has been a remarkable year. The Boks had played no matches in 20 months before taking on Georgia in July amid Covid setbacks. It was so severe that the second Test against Georgia was cancelled during the peak of the Delta variant wave.

The world champions then went straight into a high-pressure Lions series and following that, immediately into the Rugby Championship. Both were held in tight bio-bubbles adding to the stress and feeling of isolation before the entire Bok caravan ploughed north for the current tour.

Victory for the Springboks at Twickenham would see them retain the No 1 spot on the world rankings and it would also mark their first unbeaten northern hemisphere tour since 2013. That would be nothing short of heroic.

“If you look at our year. We only played one so-called second-tier nation in Georgia. For the rest of the year, we competed against top-class teams,” said Nienaber.

“Our schedule was a difficult one. We didn’t always have the opportunity to rotate because of that… 2021 will be remembered as a season in SA history where the pressure just never relented. It will mean a lot to the group if we can win this final game of the year.”

The last time the Springboks beat England in London was in 2014, when they edged the hosts 31-28, but they have won three of their last six outings against their northern hemisphere arch-rivals – the most recent being the Rugby World Cup final in Yokohama.

“We built up good momentum in the Tests against Wales and Scotland, and it is important for us to transfer that into our final match of the tour against England, so we opted to make only three changes to the starting team for this weekend’s clash,” said Nienaber.

“England will pose different threats to Scotland, and with that in mind, we have decided to start with Handré, Cobus and Lood.

“Elton, Herschel and Franco have shown that they can inject energy and ignite a spark on attack off the bench, which will be handy against an English outfit that we know will be highly charged up for this match.”

Nienaber anticipated an epic battle between the teams.

“England have made it clear that they’ll come hard at us in this match, and with a few British & Irish Lions players in their midst, home ground advantage and a new record of eight wins in a row against Australia adding to their motivation this weekend, so we know it will be a hard grind,” said the Bok coach.

“That said, we will enter the match equally motivated, especially with the opportunity to retain our status as the top team in the world for a third successive season and winning all three matches on the tour for the first time in eight years being a real prospect.

“England have traditionally had a strong pack of forwards and backs that can trigger action on attack, but they have a number of new players and coaches this season, who will want to make their mark, so there may be a different dynamic in their style of play,” he said.

“We’ve been doing our homework and we’ve been putting in the hard yards both on and off the field, so we need to make sure we are mentally and physically sharp on Saturday and convert the opportunities we create on attack into points because in a Test match such as this there are generally only a few of them.”