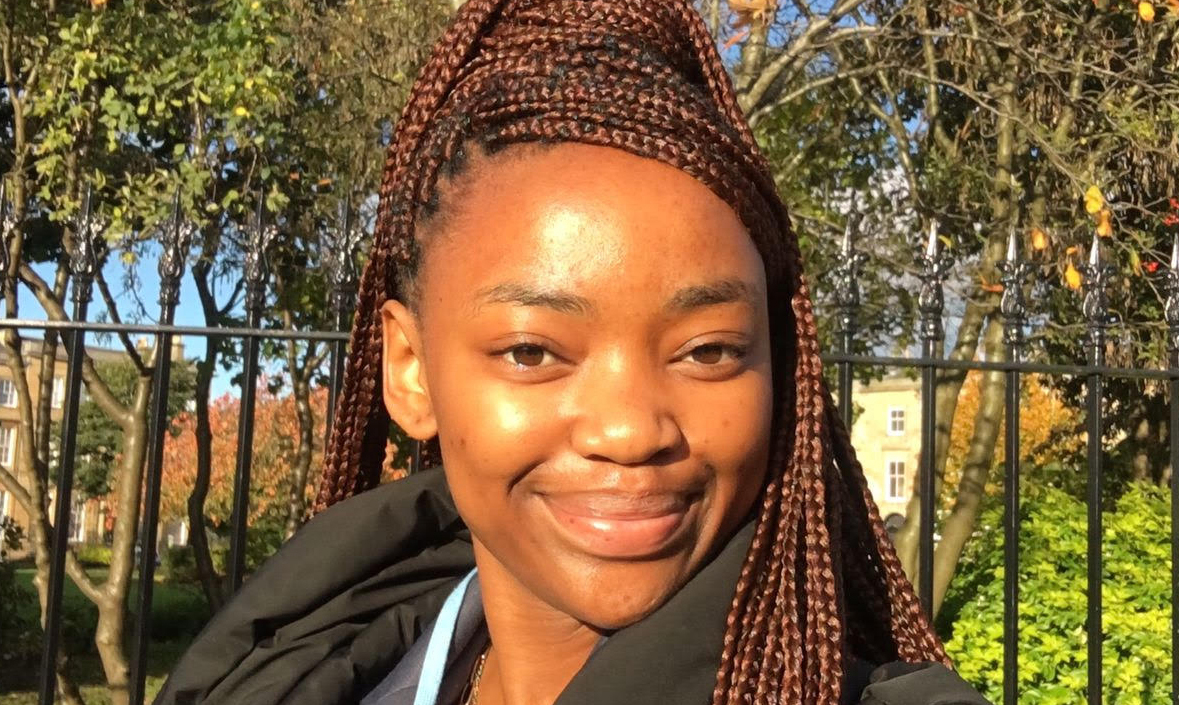 Ayakha Melithafa’s journey to get to COP26 started when the Cape Town drought affected her community in Eerste River in 2017 and she started to ask questions about the climate crisis.

‘If there’s a possibility for a person from the Global South to be able to partake in these activities, we should grab it [with] both hands, and make sure that we hold the Global North accountable for all of the decisions and greenwashing they are doing here.

Melithafa, a 19-year-old climate activist, is in Glasgow, Scotland, for the 26th United Nations Climate Change Conference (COP26) on behalf of the Presidential Climate Commission representing civil society and youth.

However, her journey to get there started in the Global South, where many who experience the worst impacts of the climate crisis reside. When the Cape Town drought affected her community in Eerste River in 2017, Melithafa started to ask questions about the climate crisis.

“I saw how it was affecting my family, my community, especially my mom, because my mom was a farmer at the time,” says Melithafa. “And if there’s no rain, that takes a major hit [to] the livestock, the crops and everything. And I just saw how much my mom was trying to make ends meet and how much the drought was affecting her.

“That pushed me to actually do some research on what could be causing the drought. And that’s when I came across climate change [and] global warming, confirming our biggest fears. And that just prompted me to start my activism journey.”

Melithafa then joined Project 90 by 2030 and the African Climate Alliance, and has since been a prominent voice in the SA climate activism space. Melithafa, with other young SA activists, is attending COP26, where she hopes to get her voice heard by leaders at the conference.

“I think it’s important for South Africans like me and others to be present at COP[26] because if we don’t make them uncomfortable and if we don’t ask these difficult questions about finance and investing in the Global South, then who will?”

Melithafa says she is proud of the SA team for their achievements at COP26 – from how the youth policy team (Tyler Booth and Sibusiso Mazomba) negotiated to how activists like herself and Raeesah Noor-Mahomed have protested on the streets. But voices from the Global South are still being drowned out.

“It’s all talk, but very little to no action is being made. And we are so tired of trying to tell them to take their responsibility and really deliver on the promises and pledges that are being made.”

Melithafa says negotiations have also been quite disappointing. The R131-billion deal from developed nations will be a tangible outcome to help South Africa transition away from coal towards cleaner energy.

Melithafa says the deal still needs to be analysed by South Africa before it’s signed and made official. It is a fraction of what is required to move away from coal successfully, she says.

When asked if she is sceptical about where those funds will go, Melithafa says: “How can I not be with our history of corruption in SA?” She says she’s also sick of the media only giving coverage to white activists and society thinking that people from the Global South are not fighting the climate crisis.

“That’s something they need to expose to the world because I’m sure a lot of the people in the world don’t know how much the Global South is actually doing to mitigate and adapt to climate change. They think we are inactive because our stories aren’t being covered, and our voices aren’t being heard in these negotiation rooms.”

Melithafa is often considered one of the most prominent voices in the climate movement in SA. She has spoken at conferences globally, educated her peers and held the government accountable. But she is frustrated.

“I shouldn’t be doing this. I should be caring about my studies; I should be hanging out with my friends, I should be able to trust the leaders in our country that they will take care of us and put our best interests at heart.

“But it’s very clear that we can’t trust our own leaders and countries, and we have to hold them accountable because they have their own vested interests, and they have no problem betraying the youth and selling our futures to benefit them,” she says. DM168