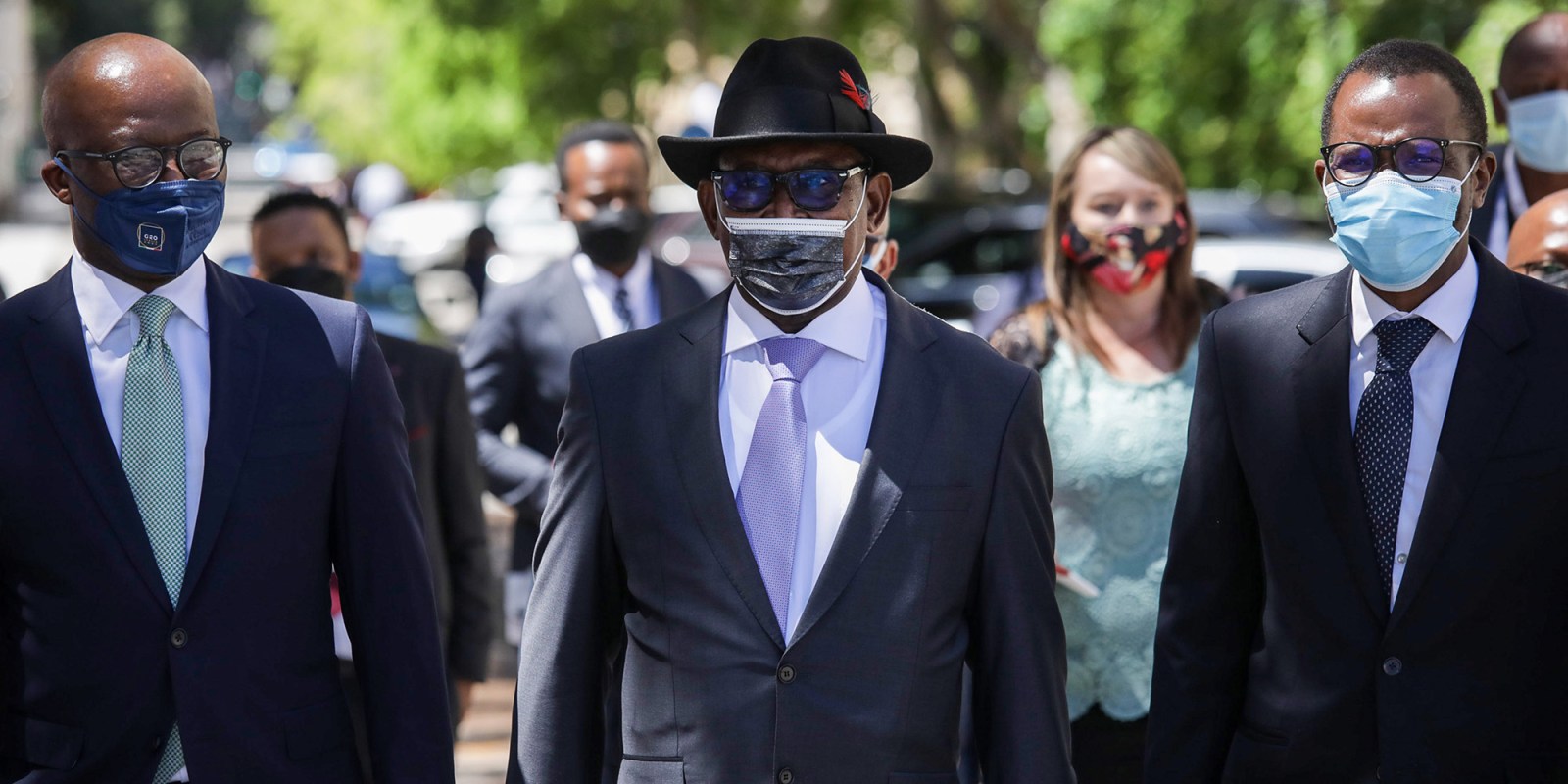 The benefit of higher commodity prices on government revenue won’t last forever, and Treasury seems to know it. Revenue collection won’t be as spectacular as in 2021 (an improvement of R120.3-billion) for the coming years as it is forecasting a revenue improvement of R69.8-billion and R59.5-billion in 2022 and 2023 respectively.

The commodities boom around the world has saved South Africa’s economy from further deterioration and created a much rosier outlook for the country’s public finances.

Commodity prices have risen and the global demand for commodities produced in South Africa by mining companies – such as platinum – has been higher in recent months. This trend has benefited mining companies that have reported improved profits, and in turn have paid higher taxes to the government, improving the country’s near-term fiscal outlook.

Finance Minister Enoch Godongwana presented an improved outlook for government finances on Thursday during the Medium-Term Budget Policy Statement (MTBPS) than his predecessor Tito Mboweni did in February 2021.

According to the MTBPS, the government’s revenue has improved by R120.3-billion mainly due to better-than-expected collections in corporate taxes (mainly mining companies on their profits). Put differently, there is more money in the coffers than initially forecasted in February.

In the February Budget, the government’s revenue for the financial year 2021/22 was forecasted to be R1.365-trillion, and has now been updated and improved to R1.485-trillion in the MTBPS. With the windfall from the commodities boom and the breathing room it has created for public finances, the government has been facing increased pressure to go on a spending spree.

In recent weeks the government has faced growing calls from economists, academics and civil society activists to spend its newly generated revenue to widen South Africa’s social grant system by instituting a Basic Income Grant. Unlike other social grants targeting children or the elderly, a Basic Income Grant would be offered to everyone whether they are employed or not.

In a briefing with journalists about the MTPBS on Thursday, Godongwana said it would be left to Cabinet to decide whether to introduce the Basic Income Grant when the monthly R350 Social Relief of Distress grant ends in March 2022. If Cabinet approves the introduction of the grant, Godongwana said resources to fund it might be mobilised from other departmental budgets. In other words, there might be budget cuts to free up funds.

The minister has continued Mboweni’s path of fiscal consolidation, with his focus on bringing ballooning state debt and expenditure under control, while also implementing pro-economic growth and investment in structural reforms.

In the MTBPS, Treasury said it would use the higher-than-expected tax revenue to reduce the budget deficit (when government expenditure exceeds revenue) and provide additional short-term support for the government’s fight against the Covid-19 pandemic, growing the economy through infrastructure investments, and maintaining South Africa’s social grant system.

A budget surplus (revenue exceeding expenditure) has now been forecast by 2025. South Africa hasn’t recorded a surplus in nearly 10 years because its expenditure has grown substantially, especially on compensation for the country’s 1.2 million public servants.

Government debt is still at uncomfortable levels – the capital and interest payments of which gobble up a huge portion of the government’s expenditure. Underscoring this is that interest payments consume 21 cents out of every rand collected in revenue. The government’s gross debt is now R4.3-trillion and is expected to rise in the next three years, worsening to R5.5-trillion. From 2022 to 2024, the debt-to-GDP ratio will grow by more than 70% for each of the years.

The benefit of higher commodity prices on government revenue won’t last forever, and Treasury seems to know it. Revenue collection won’t be as spectacular as in 2021/22 (improvement of R120.3-billion) for the coming years as Treasury is forecasting a revenue improvement of R69.8-billion and R59.5-billion expected in 2022/23 and 2023/24 respectively.

Godongwana said economic growth is urgently needed to sustain and support public finances for when commodity prices and cycles normalise.

Treasury expects South Africa’s economy to grow by 5.1% in 2021, an improvement on its earlier 3.3% estimate but still lower than the more than 6% forecasts proffered by some economists. Godongwana has called for his colleagues in the government to act fast to implement structural reforms, especially around energy. DM/BM