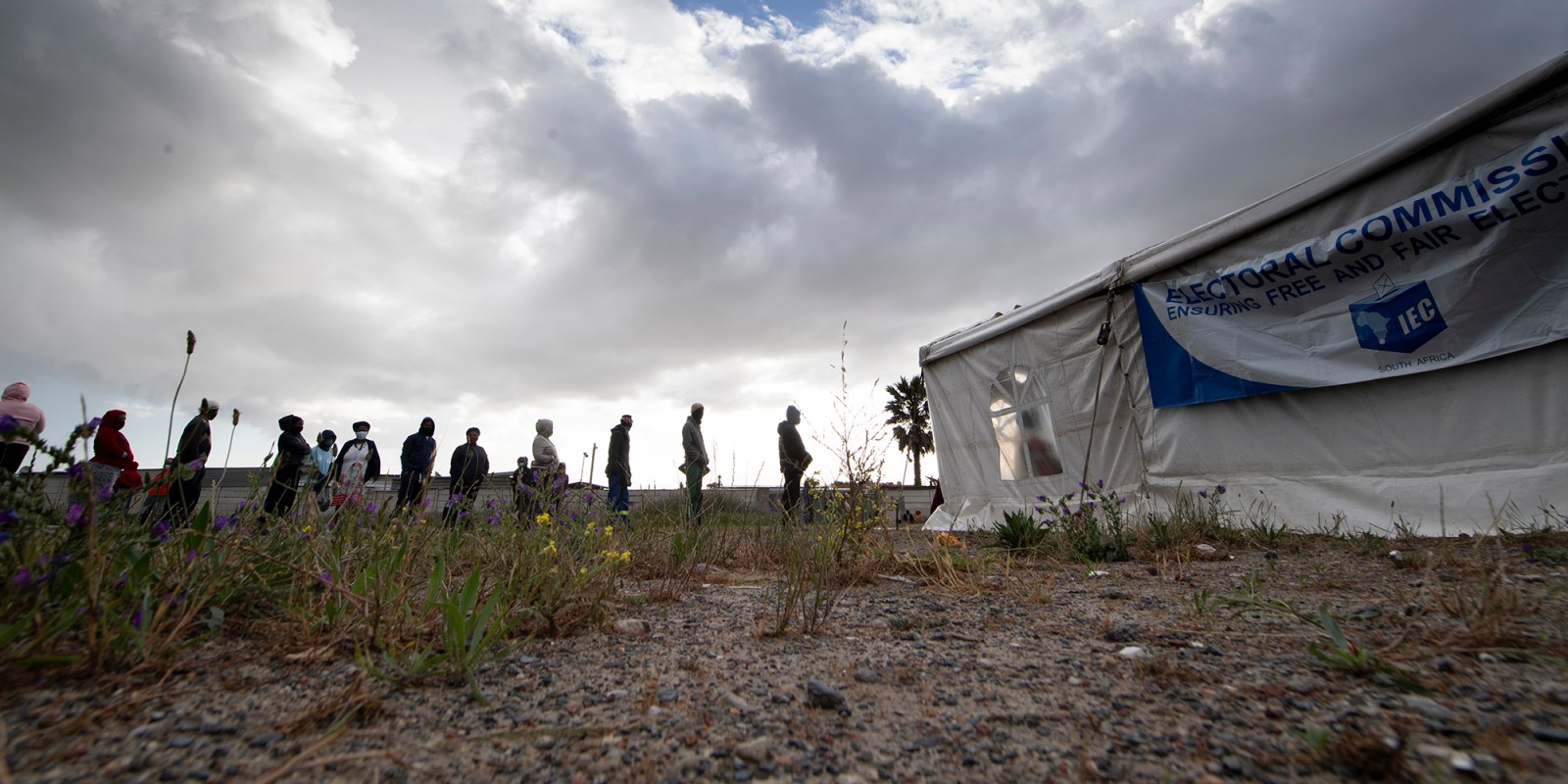 The ANC and DA held their wards in Mitchells Plain, Delft and Khayelitsha, but with some significant swings. The results could still be concerning for the parties.

Explaining the trend, elections analyst Wayne Sussman said “very few wards changed hands across the country”. Where wards were “overwhelmingly” ANC or DA “it should be expected that they would hold on to power,” said Sussman.

“Where they’ve lost ground it would be because more and more voters aren’t voting or they’re looking at other parties,” Sussman told Daily Maverick.

This year’s local government elections had the lowest voter turnout, with only 12 million registered voters showing up. In total, 26 million people were registered to vote, translating to a turnout rate of 45.9%.

The low turnout had a significant effect on the results and some parties suffered despite holding their wards.

“If I was the ANC or the DA, I would be very worried if my votes were down by 10%,” said Sussman.

Farida Ryklief, who runs a feeding scheme, said that she was displeased with the results.

“It’s the same people who haven’t addressed any of the people’s issues in the past five years being voted back into power. I’m disappointed,” said Ryklief.

For the past year, Ryklief has been feeding about 700 people in a ward that has a below 40% employment rate.

“Lots of organisations and people have been complaining that our councillor [Michelle Adonis] isn’t helpful, but now she’s back for another term.”

Adonis had not responded to calls or messages by the time of writing.

Reacting to the election results, Reva Fortune, a community activist, said: “I’m disappointed because the same people who’ve done nothing in the past five years have won again”.

Fewer than 50% of the people living in ward 99 are employed. When Daily Maverick visited the area, residents said that many had resorted to collecting scrap to make ends meet.

With long housing waiting lists, a lack of service delivery for informal settlements, high levels of crime and “electricity tariffs that are sky-high”, Fortune said that “the way forward is dark”.

Ward 81 is about 2km from Ward 99. It includes Rocklands. Rocklands is important in South African history because that’s where the United Democratic Front (UDF) was launched in 1983.

Reacting to the DA’s win, pastor Franklin Willams, who was running as an ANC councillor, said that he wasn’t surprised by the outcome.

“People warned me that it would be difficult for me running as an ANC councillor because of the problems the party has had,” said Williams.

“The people in Mitchells Plain are still upset over what happened during the [Jacob] Zuma era and I can’t blame them. If I could do it again, I wouldn’t have done it under the ANC, but it was a great experience.”

Khayelitsha is one of the biggest townships in the Western Cape. In the past year, it’s grabbed headlines over violence, land occupations and service delivery protests.

“The reason people voted for the ANC is because they believe in the party, but they don’t necessarily have faith in Kopman,” said Gali.

The Electoral Commission of South Africa has acknowledged that there were reported glitches with the voter management devices on election day. DM