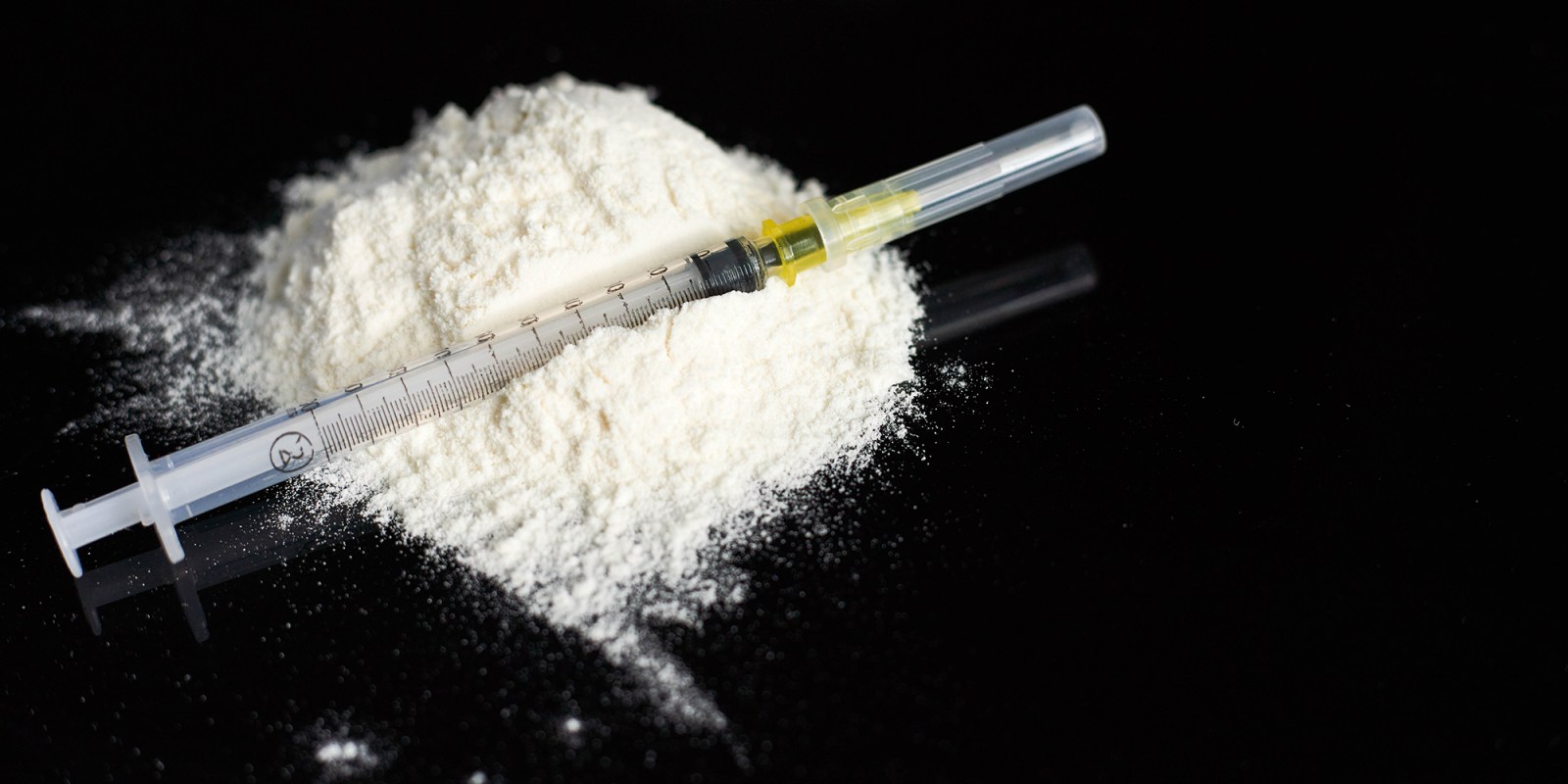 A look into the world of undercover agents, secret recordings, sting operations and shipments via South Africa, which appears to be a ‘preferred destination’ for global drug smuggling.

An intricate sting operation orchestrated via the United States has resulted in the arrest of a suspected international drug smuggler from Iran whose alleged operations stretch to several countries, including South Africa, which he seemed to prefer as a destination through which to pump heroin.

This case yet again highlights what a critical node SA is in global drug smuggling.

DM168 recently reported on how consignments of heroin meant for various international markets were being smuggled through SA and ending up in India – and vice versa. The global heroin trade has ties to Taliban activities.

In the recent arrest Malek Mohammad Balouchzehi from Iran, who is also known as Malek Khan, was detained in Nairobi on 6 October and three days later sent to the US, where he faces charges for conspiring to import heroin there and for distributing drugs destined for the US.

The place of his arrest and destination of extradition mirrors that of druglord Vicky Goswami. DM168 recently reported how Goswami in 2019 testified in the US about global drug dealing and how he and others saw to it that masses of the chemicals used to make Mandrax ended up in South Africa.

Goswami, who was once based in SA, also testified about murders linked to this country. Along with two brothers, he was arrested in Kenya towards the end of 2014 and extradited from there to the US in January 2017. This was also Balouchzehi’s path of detention.

This week the South African Police Service and Hawks were not able to respond to a query about the case by the time of deadline. However, national police spokesperson Vish Naidoo previously said various government departments, sometimes with Interpol, held operations aimed at clamping down on smuggling via the country’s borders.

The United States, based on a statement on its Drug Enforcement Administration (DEA) website, suspected Balouchzehi was “a drug trafficker who distributes methamphetamine and manufactures and distributes heroin”.

A January 2020 affidavit by Stephen Casey, a special agent with the DEA, detailed Balouchzehi’s alleged operations and explained how investigations into these developed. It said from around October 2019 “DEA agents have been involved in an investigation of the distribution of heroin, methamphetamine and other controlled substances” via Balouchzehi.

According to the charge sheet against him, a suspected co-conspirator of his was known as Muhammad. (Muhammad’s full identity was not known.)

Investigations involved a confidential source who was actually working for the DEA and another DEA special agent who went undercover.

“The [undercover special agent] held [himself] or herself out as a drug trafficker operating in the United States, Australia and other locations,” Casey’s affidavit said.

Around 27 September 2019, it stated, the confidential source had spoken to Muhammad via phone. This was recorded and during the call Muhammad was alleged to have said: “No one has our quality in Mozambique right now. Our ship will leave in one week.”

He was also recorded saying “it will leave from Iran”. 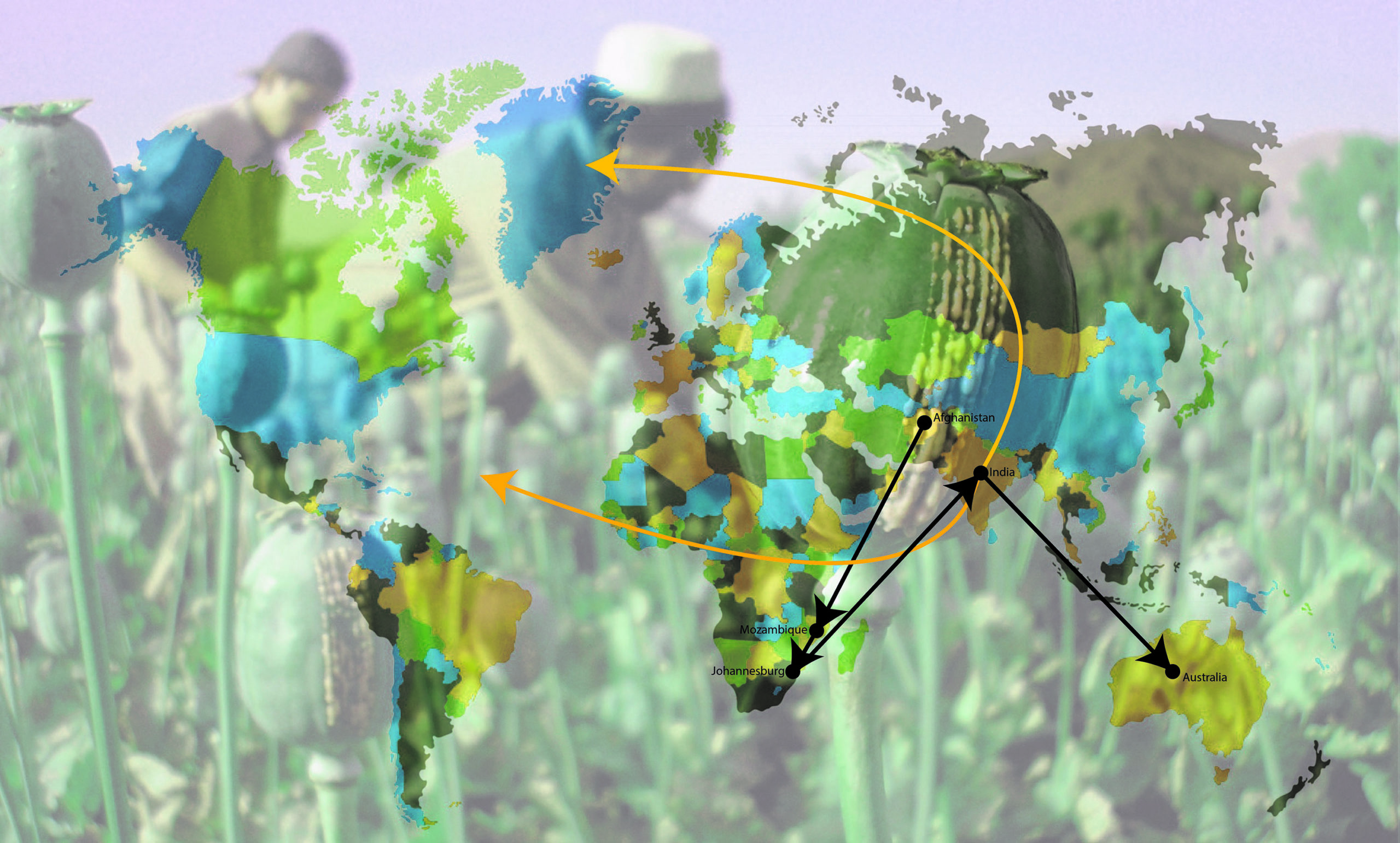 During the same call the source told Muhammad that they would speak to another person (actually the undercover special agent) and explain that they would buy a few kilos as a sample, send it to New York to “check the quality… After that, God willing, we will make a plan to sit, and talk about the bigger delivery, and arrange a system.”

It is understood the sample that they discussed was a reference to heroin.

According to Casey’s affidavit, on 3 October 2019 another call was recorded with the confidential source referencing video footage Muhammad had sent. The footage was apparently of a factory.

Muhammad, during the call, allegedly said: “We have white. We have brown. We have crystal, shisha. Whatever you want.”

Casey understood this to mean drugs, including heroin.

Muhammad and the confidential source had also chatted about the “sample” discussed a few days earlier on 27 September 2019. This is where South Africa fits in, as a preferred destination, no less.

Focus then shifted from the source and Muhammad to the undercover DEA agent and his communications with Balouchzehi.

Hassan is a major international drug kingpin who smuggles multi-ton shipments of heroin and cocaine to Africa, Europe, Asia and North America via his East Africa-based drug-trafficking [organisation].

On 12 October 2019, the undercover agent allegedly spoke to Balouchzehi over the phone. This call was also recorded.

The undercover agent was recorded asking Balouchzehi to supply “the white things that are prepared in Afghanistan” – this was reference to heroin meant to be for, unbeknown to Balouchzehi, fictitious customers in New York – and to supply “glass” (methamphetamine) for a purported customer base in Australia.

According to Casey’s affidavit, during a 12 October 2019 call Balouchzehi allegedly said “that he could supply two to three ‘pieces’, that is, kilograms, of heroin in Mozambique as a sample for testing, at a price of approximately $8,000 per kilogram”.

About two weeks later, around 31 October 2019, the undercover agent told Balouchzehi that they were in Australia to meet with clients wanting methamphetamine.

The undercover agent also said they were getting “items … from Afghanistan” for New York clients.

Balouchzehi apparently planned to check if someone responsible for drug dealing via ships could get a sample to Mozambique for testing.

Casey’s affidavit said it later emerged via a 7 November 2019 call that a ship containing heroin was due to be in Mozambique around early December.

“The [undercover agent] stated to … Balouchzehi that one of their [‘programmes’], that is, transactions, ‘will be the items which I will take from you which are in Mozambique, right?

“After I bring them to the customers in New York and I find the customers to be content with them, I will get 300 to 400 pieces [kilograms] from you, ok?’… Balouchzehi responded: ‘God willing!’”

Referencing heroin that could potentially get to the US, Balouchzehi allegedly further said: “Speak to the American friends. I can set up the work on the open sea or anywhere on the ocean, even up to the vicinity of Indonesia and all the way to those sides, and even in the vicinity of Malaysia. Speak to the friends in America. If anyone has a ship, we can come to them anywhere on the ocean.”

During another call, Balouchzehi allegedly told the undercover agent: “The tools [i.e. narcotics] have arrived, ok? The tools have arrived. They are in Mozambique.”

Balouchzehi further allegedly said that he was sending the shipment of heroin from Mozambique on to South Africa but would keep two kilograms of it in Mozambique for the undercover agent to use as a sample.

On 14 December 2019, according to Casey’s affidavit, “a black plastic bag, inside of which were two white plastic bags” was handed to an individual in Mozambique tasked with fetching the heroin.

“Each of the white plastic bags appeared to contain approximately one kilogram of a white, crumbly substance. A field test was administered, and the contents of the bags tested positive for the presence of heroin.”

Balouchzehi was subsequently arrested in Nairobi and sent to the US.

In a statement about Balouchzehi’s arrest last week, the DEA thanked, among others, its office in Pretoria.

The US has been involved in several recent cases with links to South Africa.

DM168 recently reported on how six suspects with alleged links to a R400-million cocaine bust carried out in Pretoria in June were arrested in an investigation that involved, among others, the US.

Meanwhile, the US has previously made links between the heroin trade and several countries including South Africa.

In August 2019, the US State Attorney’s Office for the Southern District of Texas announced that 11 accused, from Tanzania, Iran and Pakistan, pleaded guilty to “trafficking multiple kilograms of heroin to the United States from abroad”.

In 2016 the US Department of the Treasury’s Office of Foreign Assets Control announced it had sanctioned one of the main accused in the case, who later pleaded guilty, Ali Khatib Haji Hassan, also known as Shkuba, as well as his drug-trafficking syndicate.

“Hassan is a major international drug kingpin who smuggles multi-ton shipments of heroin and cocaine to Africa, Europe, Asia and North America via his East Africa-based drug-trafficking [organisation],” a statement said.

“After an intensive two-year manhunt, Hassan was arrested in 2014 by Tanzanian authorities for smuggling approximately 210 kilograms of heroin, which was seized in January 2012 in Lindi, Tanzania.

“Hassan has frequently attempted to bribe African government officials to avoid arrest and prosecution for his drug-trafficking activities.”

Hassan, who in 2019 was sentenced to 99 months in jail in the US and who was due to be deported from there to Tanzania, was reportedly initially arrested in February 2014 just before he was about to take a flight from Tanzania to South Africa. DM168