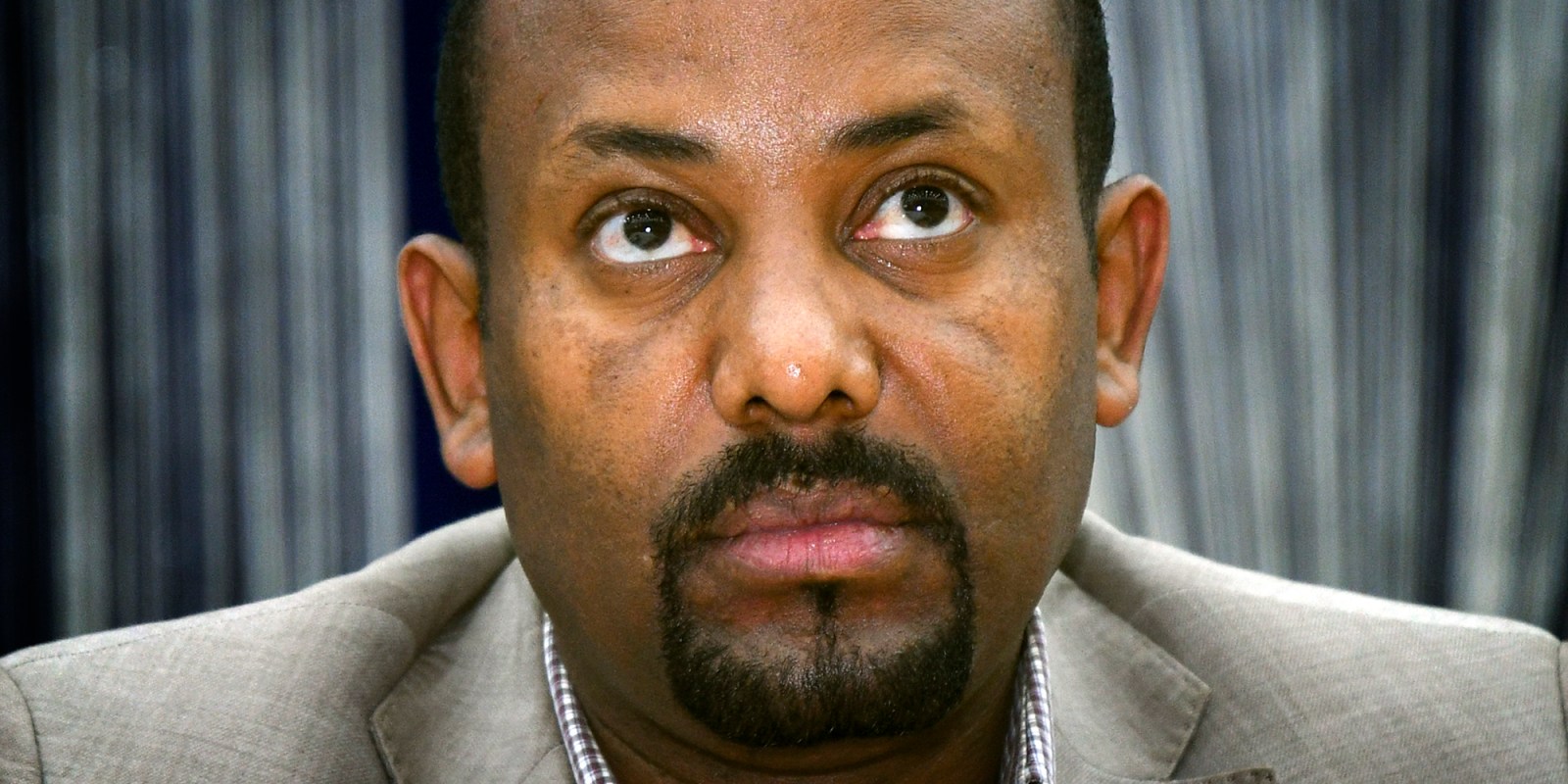 One year after Ethiopian Prime Minister Abiy Ahmed sent in troops who committed unspeakable atrocities in an attempt to crush the rebellious Tigray region, the army that he sought to vanquish is heading down the highway towards Addis Ababa. The fate of the Nobel Peace Prize laureate’s regime now hangs in a precarious balance.

Over the weekend, fighters from the Tigrayan Defence Force seized control of parts of Dessie, a city 400km from Addis Ababa, and captured Kembolcha, with its major airport.

Abiy gambled everything on a massive offensive that he launched on 9 October, throwing tens of thousands of poorly trained and poorly equipped rookies into the fight and bragging that it would take 10 days to recapture Mekelle, the Tigray capital.

That offensive has collapsed.

Over the weekend, fighters from the Tigrayan Defence Force (TDF) seized control of parts of Dessie, a city 400km from Addis Ababa, and captured Kembolcha, with its major airport. The French analyst René Lefort wrote that in 1991 when the Ethiopian People’s Revolutionary Democratic Front (EPRDF) overthrew Mengistu Haile Mariam’s military junta (the Derg), it took them only a few days to travel from Dessie to Addis.

Some of the TDF military leaders were among those who liberated Addis that day, among them General Tsadkan Gebretensae, the TDF commander and military strategist who is credited with outplaying and outfoxing Abiy’s forces. No one knows the geography of the country or the road into Addis better than he does.

Having failed with the ground attack, the Ethiopian air force has repeatedly bombed Mekelle over the past fortnight, killing many civilians. The Amhara ethno-nationalists have resorted to ever more extreme language, with calls for the extermination of the Tigrayans that were reminiscent of Rwanda in 1994.

How was this setback possible, with Abiy holding such a huge advantage in numbers against a largely guerrilla force from a landlocked province, without an air force or international support? Why have the sophisticated weaponry and drones from Iran, Turkey and China proved no match for this low-tech army of footsoldiers?

“PM Abiy threw an ill-trained peasant army against a battle-hardened, formidable army with an iron will to fight and expected to win,” explained Rashid Abdi, the Kenyan expert on the Horn of Africa.

Ethiopia is a multi-ethnic country with a long history of inter-ethnic conflict, violence and resentment. The country has 80 ethnic groups, but the top five — Oromo, Amhara, Tigrayan, Afar and Somali — represent 85% of the population.

The political system that kept these tensions in check has been breaking down for decades and the forces of violent ethno-nationalism have grown.

The immediate trigger for the military conflict was Tigray’s decision to hold an unauthorised election in 2020 after Abiy postponed the country’s elections, citing Covid-19 as a pretext.

On 4 November 2020, Abiy sent a combination of ENDF troops, the Eritrean military and Amhara militias into Tigray, claiming he was responding to an attack by the Tigray military on a federal military camp.

Abiy sought to exploit the anti-Tigrayan resentment of the Amhara ethno-nationalists to crush the Tigrayans, who had been dominant in the country’s political system during the authoritarian rule of Meles Zenawi between 1991 and 2012. After Abiy’s succession to power in 2015, they remained a significant check on his power.

The ensuing conflict has been particularly violent, with upwards of several hundred thousand dead — but these are just estimates; no one seems to be counting and few independent reporters have been near the battlefields. Reports of atrocities have been random and episodic.

After the November invasion drove the TDF into the mountains, the Amhara fighters were accused of ethnic cleansing of Tigrayan villages and Amnesty International claimed that troops from Eritrea massacred hundreds of unarmed Tigrayan civilians in the town of Axum.

The turning point in the war came in June, when the TDF routed the ENDF and recaptured Mekelle. Since then, it has been a slow march to the south and the east, a war on several fronts, while Abiy tried to rebuild his army; he also signed military cooperation agreements with Russia and Turkey.

Abiy has attempted to starve the encircled Tigray into submission by blocking food aid convoys from reaching up to a million people, mostly women and children, who are near starvation. UN officials who complained of this use of hunger as a weapon — a war crime — were expelled from the country.

Abiy’s incitement of ethnic hatred in a combustible world further undermined the standing of this former hero of progressives worldwide, who won the Nobel Peace Prize a short two years ago.

His legacy, if he falls, will be a shattered country and ruined economy. With the destruction of the ENDF, and the Eritreans staying out of the recent fighting, the conflict could be entering a new phase between the Tigrayans and the Amhara that will go on even after Abiy has fallen. The more extreme Amhara faction has launched a “call to arms”.

The Tigrayans are mindful of the fact that they represent less than 5% of the country’s population and cannot rule Ethiopia alone, so they have been building alliances with other ethnic groups and political movements.

Their victories this weekend coincided with Abiy’s recent losses on other fronts to the Oromo Liberation Army (OLA), now allied with the Tigrayans. There are reports that the Tigrayans have agreed to let the OLA be the ones to march into Addis, an important symbolic gesture — but the OLA do not have the same firepower as the TDF.

The Oromo should be the big winners, but they are divided between those in opposition and those in Abiy’s Prosperity Party. Abiy himself is Oromo, but his support within that group is mixed.

Further ethnic conflict will cause broader turmoil in the Horn of Africa that was highlighted this past week with a military coup in Sudan.

The brutality and hatred that has been aroused by the war have cast doubt on the very survival of Ethiopia. But Ethiopia is a multi-ethnic country and dismembering it, similar to what happened to Yugoslavia in the 1990s, might precipitate a level of death and suffering that is unimaginable.

The only alternative is a national conference, an attempt to forge a viable compact, one that, unlike the EPRDF victory in 1991, opens itself to the many voices and groups in Ethiopia. Echoing South Africa’s Codesa process of the early 1990s, the call has gone out for a “new Ethiopia”.

The response of the international community, including the African Union, to the crisis in Ethiopia, has ranged from negligent to complicit. It has so far failed to construct any kind of useful framework for peace. We can only hope that in the months ahead, with a potential changing of the guard in Addis, that will change. DM