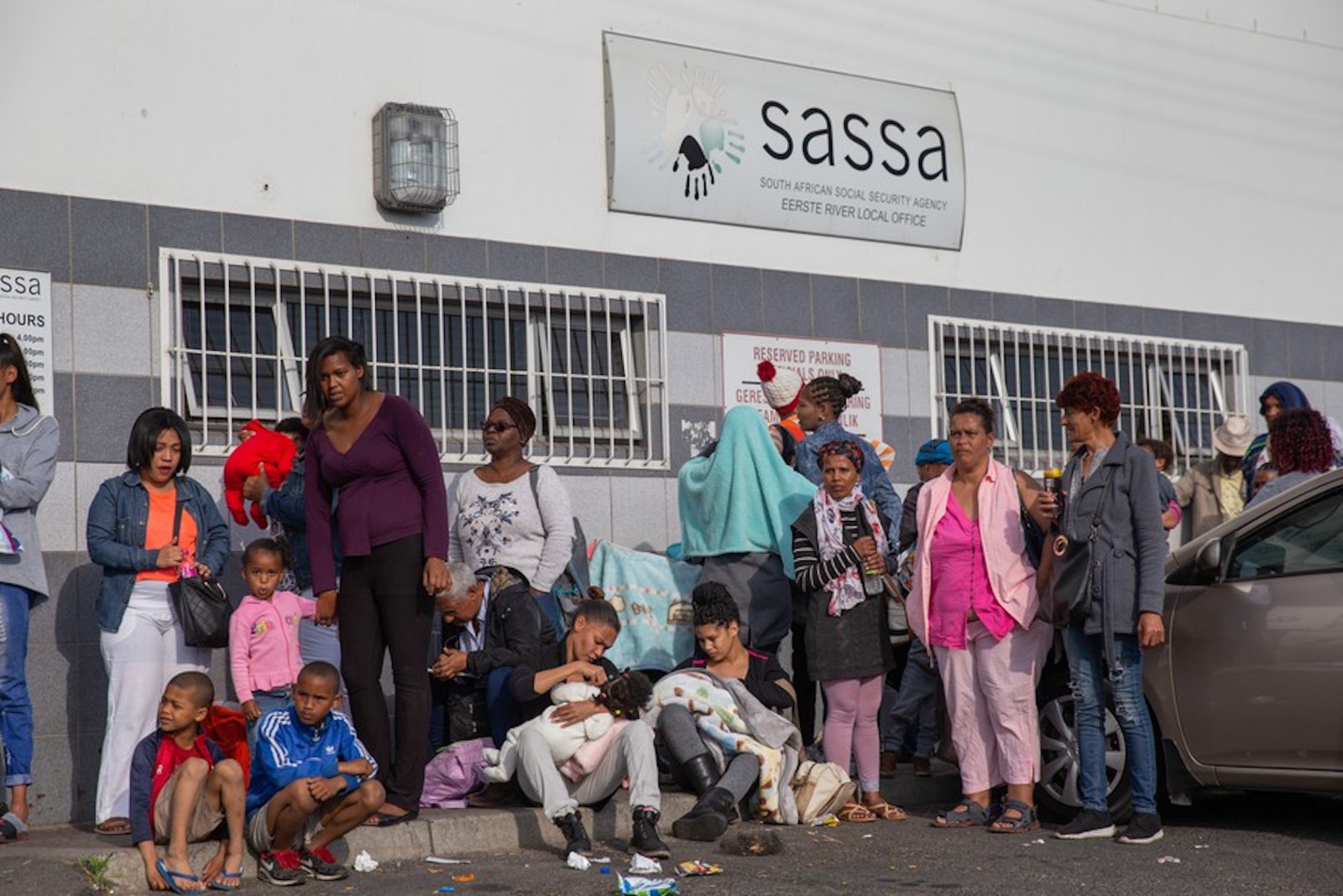 A government document describes the family grant as the ‘best both from an impact perspective as it eradicates extreme poverty, as well as an efficiency perspective’, but civil organisations are having none of it.

Civil society organisations have criticised a “secretive” and “closed door” proposal by the government. National Treasury has proposed a family grant that would replace the R350 Covid-19 Social Relief of Distress (SRD) grant. It would be paid to heads of households.

The proposed family grant is discussed in this government document, which we are making public. It is titled “Draft anti-poverty strategy (abridged version)” and is dated September 2021.

The document describes the family grant as the “best both from an impact perspective as it eradicates extreme poverty, as well as an efficiency perspective”. It reaches this conclusion, it says, based on modelling done by the Southern African Labour and Development Research Unit (SALDRU) based at UCT.

But this is contradicted by a statement on 28 October by civil organisations, including the Black Sash, #PayTheGrants and the Studies in Poverty and Inequality Institute. The organisations state that SALDRU “concluded it was not feasible” to implement the family grant.

The SALDRU report is only due to be released to the public next week and we have not seen it.

The civil society statement condemned the proposed grant as “anti-poor” because it would exclude millions of poor people from having basic income support.

The organisations state that directing the grant through the head of a household will only “worsen gender power imbalances” and that it would be “administratively impossible to implement effectively”.

The organisations said they will formally communicate their opposition to Treasury’s proposal, would seek legal advice on the constitutionality of the proposal, and possibly organise protests if the proposal is taken forward.

Alex van den Heever, who is chairing an expert panel looking at social grant expansion options with the Department of Social Development, said this proposal is “extremely problematic” since it “sidelines both government and the general public”.

“It is not appropriate when we are dealing with a social protection reform that will have fundamental implications for South African society,” said Van den Heever. “What we have is a government department running on the side, doing secretive work, and seeking to thrust it on the public space.”

Van den Heever said the proposal was Treasury’s “attempt to create a discount grant in which nobody has really thought about what South African society needs”.

Neil Coleman, senior policy specialist at the Institute for Economic Justice, said the proposed grant would exclude millions of poor and unemployed people.

Coleman said that if you only roll out one million household grants to replace the SRD grant, then this means millions of unemployed people will be worse off than they were before. The latest statistics by the Department of Social Development show that about 9.5 million people have been approved for the SRD grant.

Coleman said Treasury’s agenda with the proposal is threefold: it wants to reduce as much as possible the amount of money spent on the grant, it wants to block a path to the introduction of a basic income grant, and it wants to terminate the SRD grant by the end of March 2022.

But one major issue with the family grant will be determining a household registry and deciding who the head of a household is, said Coleman.

Minutes published by the Parliamentary Monitoring Group show that the family grant was described by Mark Blecher, Chief Director of Health and Social Development at National Treasury, during a Select Committee on the Second Special Appropriation Bill meeting on 15 September.

Blecher said at this meeting that Treasury had commissioned SALDRU to research several options for basic income support, including the family grant.

This article will be updated with comment from Treasury when we receive it. DM

"Information pertaining to Covid-19, vaccines, how to control the spread of the virus and potential treatments is ever-changing. Under the South African Disaster Management Act Regulation 11(5)(c) it is prohibited to publish information through any medium with the intention to deceive people on government measures to address COVID-19. We are therefore disabling the comment section on this article in order to protect both the commenting member and ourselves from potential liability. Should you have additional information that you think we should know, please email [email protected]maverick.co.za"