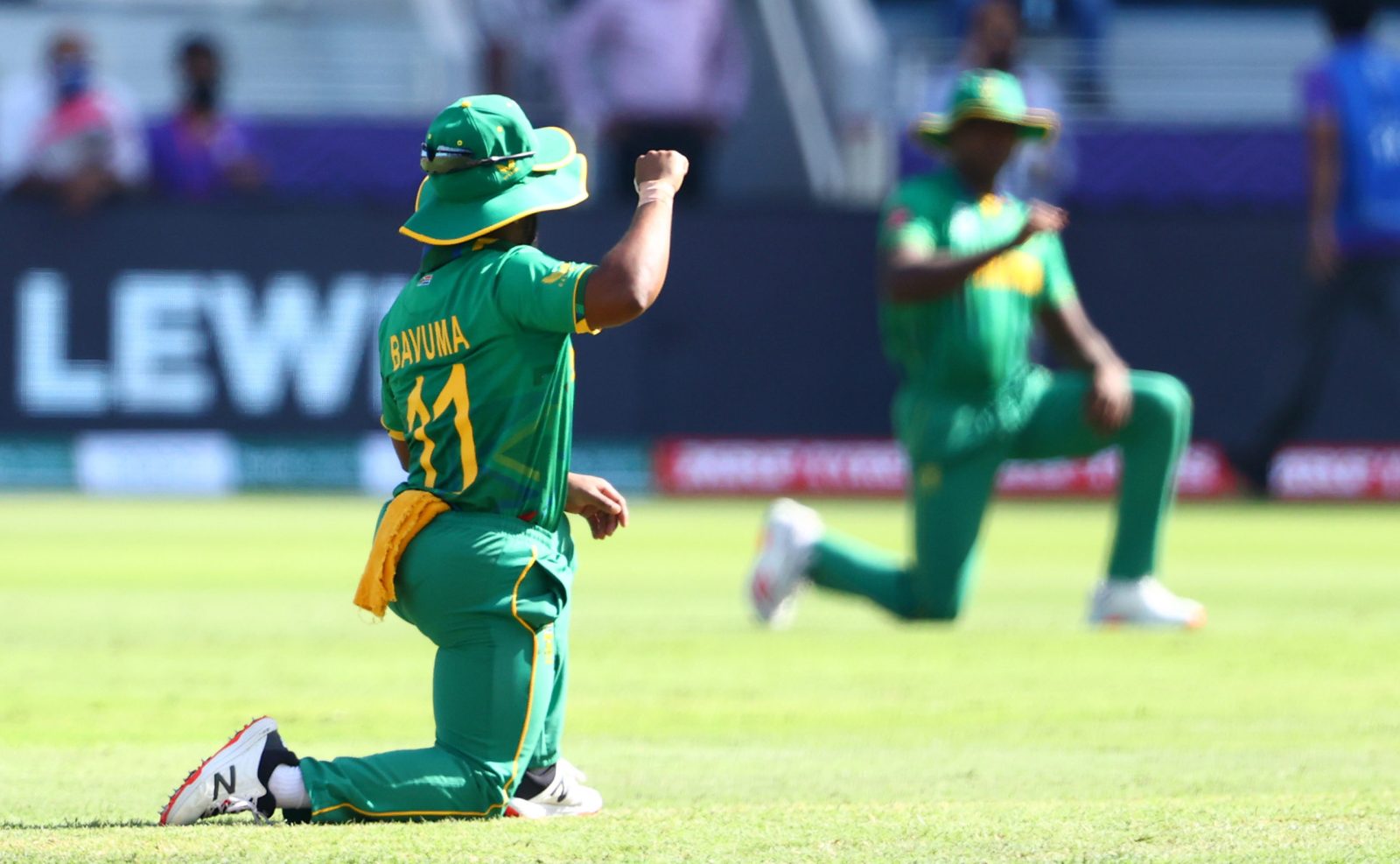 Cricket South Africa’s instruction that all members of the Proteas squad must take a knee before the start of the T20 World Cup match against the West Indies has apparently deepened divides in the team.

South Africa’s former skipper Quinton de Kock withdrew from the Proteas team minutes before the start of their crucial T20 World Cup match against the West Indies in Dubai on Tuesday for “personal reasons”.

De Kock’s decision and his reasons for withdrawing have yet to be clarified. But it happened shortly after Cricket South Africa (CSA) issued a directive that members of the squad had to take the knee as an anti-racism gesture.

Over the past two years, the gesture has been adopted by sportspeople as a sign of solidarity for the Black Lives Matter (BLM) movement.

De Kock has declined to take the knee previously when he had the freedom to choose. Within minutes of his withdrawal in the context of the directive, he was being branded a racist on social media.

If De Kock’s stance is an objection to the directive, it could mean the end of his 2021 T20 World Cup competition and possibly his international career.

It’s an unfortunate situation. That De Kock didn’t choose to take the knee was one thing, that he refused to be forced to do it, is another. While he is being vilified in the court of public opinion, De Kock might have a case in a labour court. CSA’s directive to compel employees to make political or social gestures is not enshrined in any constitution.

In a statement CSA said: “The CSA Board on Monday evening unanimously agreed to issue a directive requiring all Proteas players to adopt a consistent and united stance against racism by “taking the knee” prior to the start of their remaining World Cup matches.

“Concerns were raised that the different postures taken by team members in support of the BLM initiative created an unintended perception of disparity or lack of support for the initiative.

“After considering all relevant issues, including the position of the players, the Board felt that it was imperative for the team to be seen taking a united and consistent stand against racism, especially given South Africa’s history.

“Several other teams at the World Cup have adopted a consistent stance against the issue, and the Board felt it is time for all SA players to do the same.”

“‘Taking the knee’ is the global gesture against racism adopted by sportspeople across sporting codes because they recognise the power sport has to bring people together.”

While the sentiment is noble, legally and contractually CSA have no power to force players to make political or social gestures. The unintended consequence of the directive could have deepened divides and not closed them.

CSA Board Chairperson, Lawson Naidoo said: “A commitment to overcoming racism is the glue that should unite, bind and strengthen us. Race should not be manipulated to amplify our weaknesses. Diversity can and should find expression in many facets of our daily lives, but not when it comes to taking a stand against racism.

“South Africans were recently joined by people across the world in celebrating the 90th birthday of our revered Archbishop Desmond Tutu. What better tribute from the Proteas to an icon of the struggle for freedom in South Africa than to demonstrate we are working to fulfil his vision of a united South Africa.”

The situation, which has now exploded at a World Cup, is an indictment of the poor leadership of CSA, which was racked by management issues over the past two years.

How to include the BLM movement within the Proteas team has been poorly managed since 2020 when fast bowler Lungi Ngidi said he would take a knee before games.

Ever since, some players have taken a knee, some have stood with fists raised and others such as De Kock have stood to attention. CSA never resolved the issue through discourse and unanimous agreement within the squad.

Issuing a decree, minutes before a crucial game, has not miraculously resolved the Proteas’ approach to BLM. DM