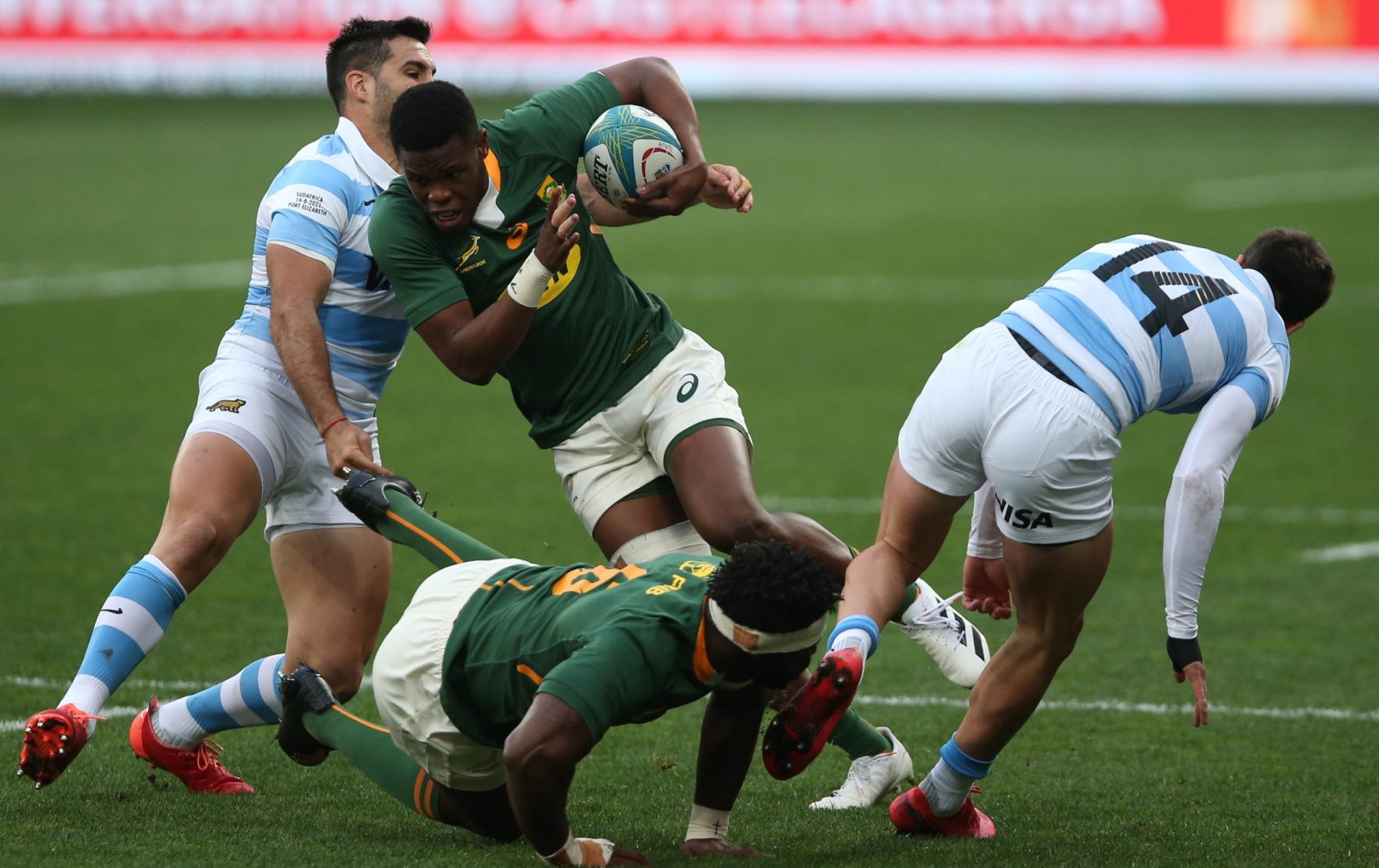 Springbok coach Jacques Nienaber has made some ambitious selections for the world champions’ three-Test tour of the UK next month. He’s clearly wanting to broaden his options ahead of the 2023 World Cup.

The best available players have been picked to improve South Africa’s chances of success against Wales, Scotland and England. At the same time, Nienaber has included a large contingent of young guns and less experienced players in the 32-man squad. While results will be important, Nienaber is aiming to develop his options with a view to the 2023 World Cup.

Believe it or not, but the countdown to the next global tournament has already begun.

At the beginning of a virtual media conference held this past week, Nienaber went out of his way to make the point that the Springboks will play 20 Tests between now and the squad’s departure for France in two years’ time.

That may seem like a substantial number of games for a settled group that has already won the World Cup and, more recently, defeated the British & Irish Lions. It’s important to note, though, that the Springboks didn’t play any Test rugby last year because of Covid-19 restrictions.

They have effectively played 10 games over a two-year period – and are now under pressure to catch up with regard to the development of their squad as well as their game plan.

Closer analysis of the 32-man group selected for the mission to the UK reveals a delicate balance between youth and experience in most positions.

Some critics might also forget that – due to the impact of Covid-19 – the Boks have been training with a squad of more than 40 players for the better part of a year, and that a large number of the players have enjoyed relatively few opportunities. 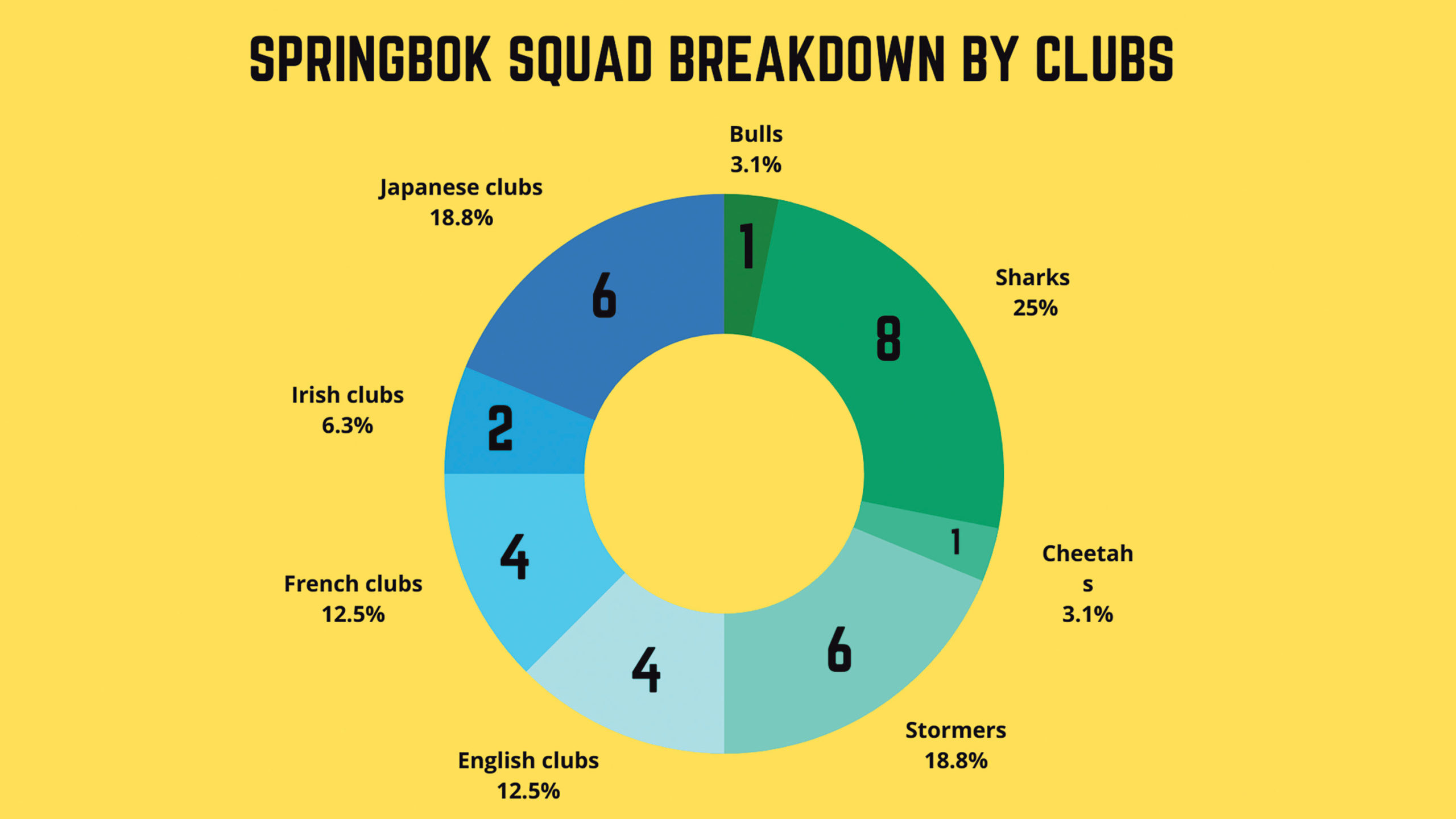 The fringe players in the wider squad – who were initially selected at the beginning of 2021 for their club form – must be preferred ahead of other contenders performing in the United Rugby Championship (URC), which commenced as recently as September.

Over the course of 12 matches this season – 10 Tests, plus South Africa A matches against the touring Lions and Bulls – Nienaber has had the chance to work with a total of 51 players. The Bok coach has tried to give most players in that extended group at least some form of opportunity – 48 of the 51 players have received game time across the 12 matches, and 41 have received game time during the 10 Tests.

More experienced players were favoured for the three-Test Lions series, and for the four-match tour of Australia during the Rugby Championship.

A large portion of the group watched those big matches from the stands.

In a sense, the Boks are fortunate that so many top players have been ruled out of the coming tour to the UK due to serious injuries. Faf de Klerk, Pieter-Steph du Toit, Cheslin Kolbe, Frans Malherbe and RG Snyman – players who featured in the match-day 23 in the 2019 World Cup final against England – are unavailable.

As a result, the second- and third-choice players in each of those positions – Cobus Reinach, Kwagga Smith, S’bu Nkosi and Thomas du Toit – look set for more exposure in some big Tests.

While each of these players start regularly for their clubs and franchises, and are recognised as game-breakers in their own right, they have been deemed surplus to Bok requirements more often than not over the past four years. It says something for the quality of the Bok side that none of the aforementioned players was picked in the match-day squad for the 2019 World Cup final.

As Nienaber explained at the squad announcement this past week, the absence of so many match-day squad regulars will result in the promotion of these fringe players to the frontline 23 – and this in turn will boost South Africa’s strength in depth in the lead-up to the World Cup. 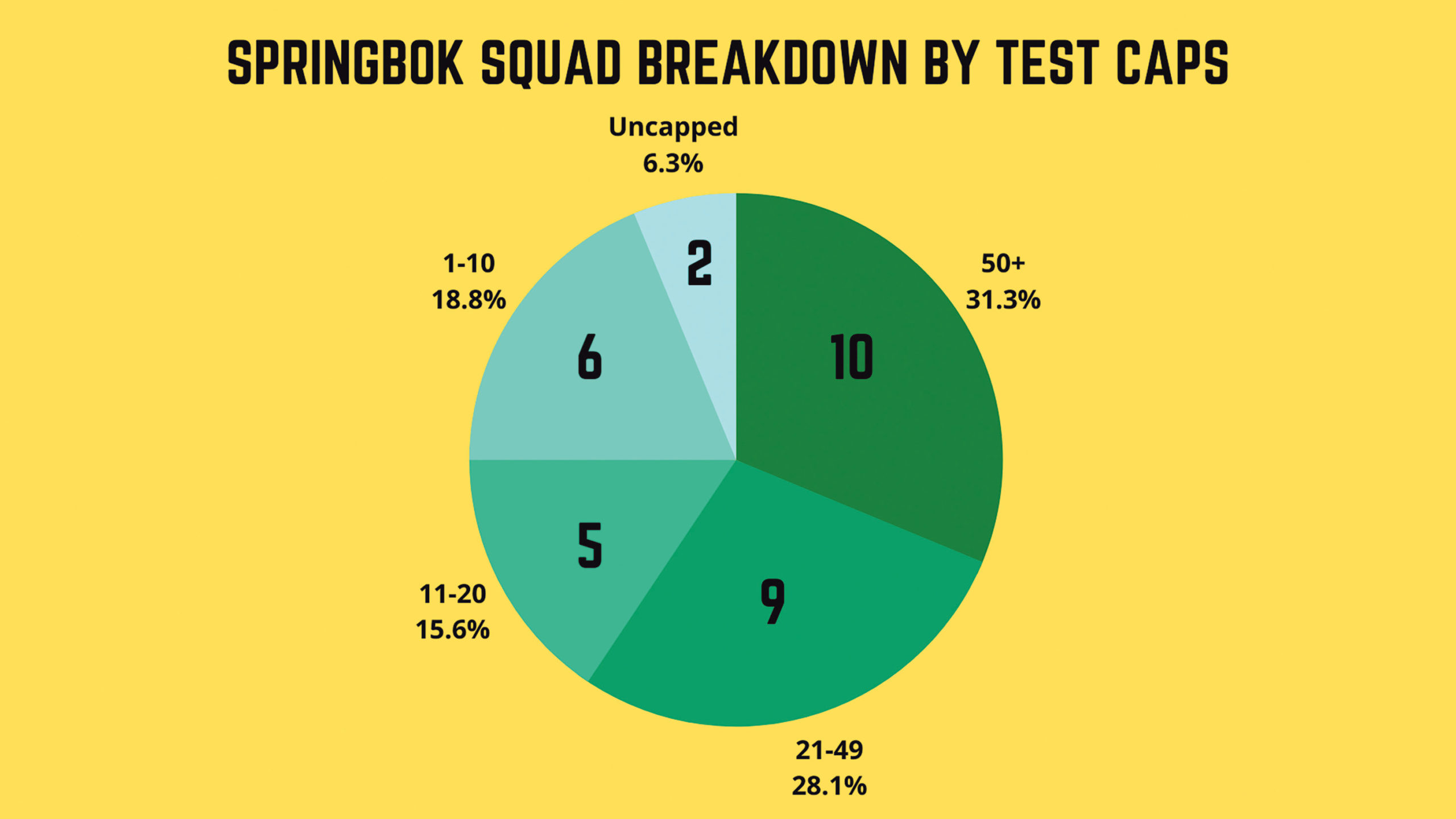 Experience is needed to win big matches and World Cups, and it’s encouraging for the Boks to note that – despite the injury-enforced absence of five World Cup-winners – they still boast 10 players with more than 50 caps in the squad, and a further nine with 21 to 49 caps. These two groups account for almost 60% of the 32-man squad, which speaks volumes for the core of the current group.

On the other hand, it’s worth exploring the make-up of the remaining 41% and what the individuals in this particular group stand to gain from the three Tests in November.

Fans and members of the media that continue to scream for new blood would do well to remember that the likes of Grant Williams and Salmaan Moerat are yet to be capped. Joseph Dweba, Aphelele Fassi, Ox Nché and Jasper Wiese have all started for the Boks at some point over the course of this season, but are new to the Test environment and are yet to accumulate 10 or more caps. They could still be described as Test rookies.

Furthermore, it’s worth noting that some of the players that are viewed as Test regulars in some quarters – Thomas du Toit, Herschel Jantjies, Kwagga Smith, Marco van Staden, Damian Willemse and Reinach – have played 20 Tests or fewer for the Boks.

Willemse has come in for a lot of criticism over the past few months. Few critics, however, have pointed out that the utility back is only 23 – the same age as fan favourite Fassi – and has only started two Tests. The Bok coaches have invested a great deal in the development of both players, and it would be foolish to cast them aside at this stage. Nienaber’s mission is thus two-fold. Two or three wins on a challenging sojourn to the UK will be viewed as a success, but the drive for results should not prevent the bulk of the 32-man squad from receiving game time.

There are no easy fixtures this November. If the Boks don’t get it right, they could be in a position where they’ve lost all three Tests – and ultimately six of their last seven.

One would expect the Springboks to target the tour-opener in Wales as a must-win, and for Nienaber’s selections to reflect that objective. It’s a tough ask, given that the Boks haven’t beaten Wales in Cardiff since 2014 and that the Dragons are the current Six Nations champions. It’s an opportunity to make a statement.

If the Boks manage to slay the Dragons, they will be in a stronger position to push forward with plans to give fringe players more game time – possibly against Scotland. They will also be well poised to collect at least two wins from the tour.

There will be much to play for in the third tour fixture against England, which is being billed as a replay of the 2019 World Cup final. It will be interesting to see how Nienaber manages some of his star players in the earlier tour matches to ensure they are ready for an important game that will be staged at the end of a long and demanding Test season.

Captain Siya Kolisi and senior players such as Lukhanyo Am, Damian de Allende, Eben Etzebeth, Bongi Mbonambi, Franco Mostert and Handré Pollard have already started between eight and 10 games for the Boks in 2021. Nienaber must manage this group carefully to ensure the individuals, as well as the collective, peak at the right time. DM168