A beginner’s guide to all things COP26 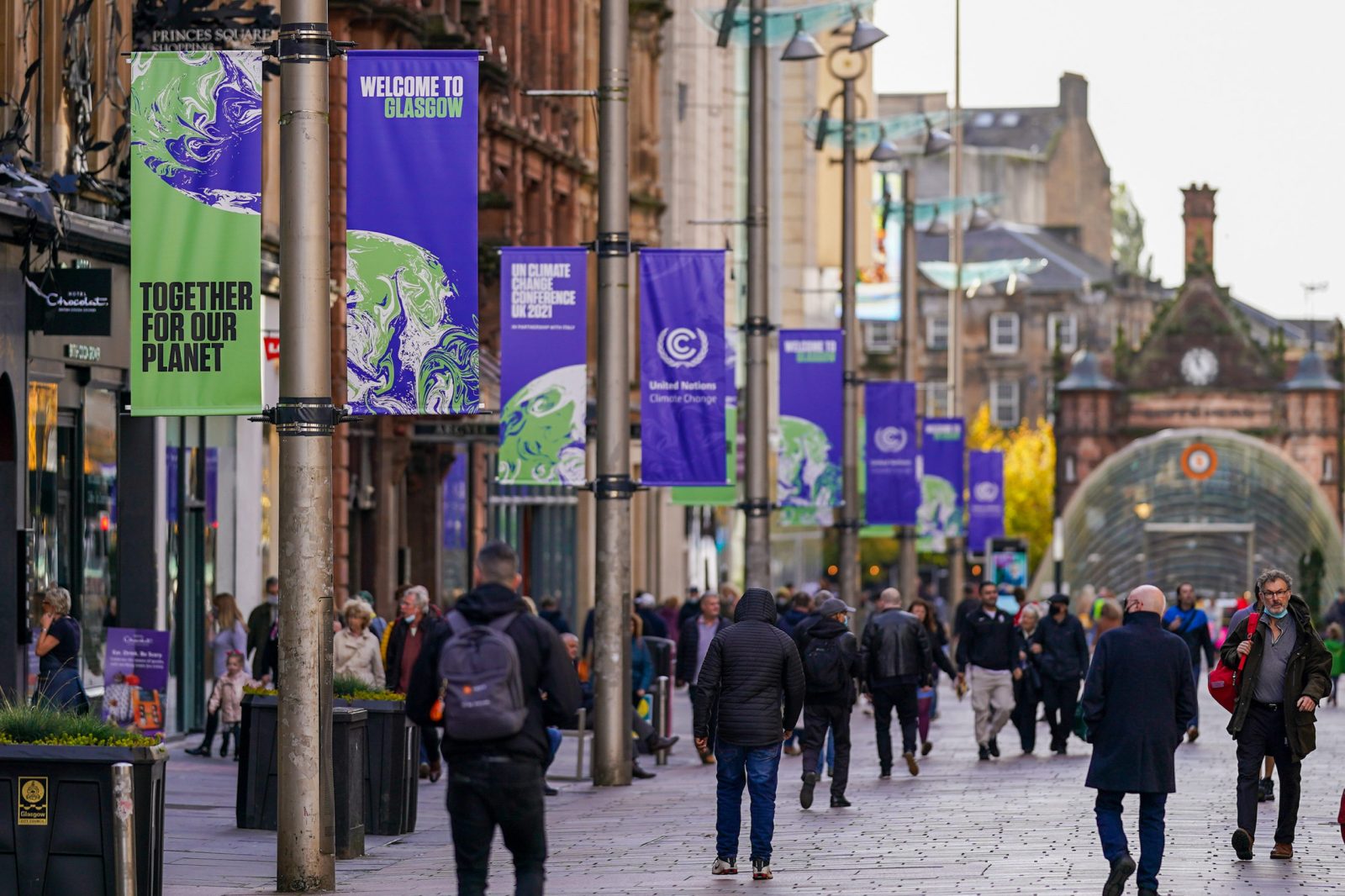 World leaders and negotiators are preparing to head to Glasgow, Scotland for what is expected to be the most ambitious meeting yet, beginning October 31 until November 12. As the 26th Conference of the Parties (COP26) negotiations draw near, countries are preparing to find solutions to collectively lowering emissions. Here’s what you need to know before the conference gets underway.

In 1994, the parties — different countries — agreed upon a treaty where 197 countries (196 countries and the European Union) became signatories of the United Nations Framework Convention on Climate Change (UNFCCC). The treaty would see countries legally obligated to take climate action and implement agreed-upon efforts at a domestic level.

This year, COP26 is in partnership between the UK and Italy — as decided by the two governments at COP25 (Madrid) — and aims to bring about ambitious climate action aligned with the Paris Agreement. The negotiations are expected to call for drastic measures from the parties to curb emissions and achieve net-zero by 2050.

First thing’s first: what is COP26 and what happens there?

Every year since the first COP in Berlin, Germany 1995, countries have been meeting to discuss the various ways in which they can combat the climate crisis and implement strategies at a national level.

Countries use the meeting to address their Nationally Determined Contributions (NDCs) which embody efforts by each country to reduce national emissions and adapt to the impacts of climate change. Companies and/or organisations also announce their plans to curb emissions as well as carbon neutrality goals.

This year is the 26th meeting and will be taking place in Glasgow, UK as the president of COP this year is Alok Sharma (from the UK). Glasgow has been selected to host the discussions for its commitment to sustainability such as carbon neutrality by 2030 among other factors, alongside its world-class facilities.

What are the goals of COP26?

Achieving net zero by 2050 and keeping 1.5°C are key targets of the negotiations. The world needs to halve its emissions to avert catastrophic climate crisis consequences, as warned in the Intergovernmental Panel on Climate Change report.

Adaptation and the restoration of ecosystems to build resilience are equally important factors in determining the success of the negotiations.

The meeting is also looking at mobilising finance — a closely watched meeting point — to unlock trillions in private and public funding to secure global net zero.

Show me the money: climate financing between developed and developing countries

Climate financing is among the key topics of COP26 as developing countries look to hold accountable the 20 richest countries for their role in contributing to 80% of global emissions. Developing countries are most vulnerable to the climate crisis even though their relative contributions have typically been minimal.

Developing countries are expected to significantly increase climate financing from the $100-billion per year that developed countries had pledged between 2009 and 2020, of which they met the target by about $79-billion in 2019, a 2% increase from the year before.

A financial pledge is a way for developed countries to acknowledge their role in causing the crisis while being a helping hand to developed countries meeting their NDCs. Sub-saharan Africa, for example, is expected to be impacted at twice the global average rate and would need all the help it can get to ensure the survival of its people and its biodiversity.

And what exactly are NDCs?

NDCs are a country’s climate action plan for lowering its emissions and impact on the climate crisis. They are updated every five years and also represent each country’s efforts to maintain a global average temperature of no more than 1.5°C, as per the Paris Agreement.

South Africa, for example, recently updated its NDCs by lowering carbon emission targets to a range between 350 to 420 metric tons of carbon dioxide equivalent for 2025 and 2030, through adaptation and mitigation means.

“Although the NDC target was strengthened in 2020, the country still makes a large contribution to emissions, because of the reliance on coal,” Dr Jackie Raw, a Postdoctoral Research Fellow at Nelson Mandela University told Daily Maverick.

Raw added that the Integrated Resource Plan (IRP) in 2019 was a major shift away from coal towards renewable energy and that South Africa needed to commit to the IRP.

What is the Paris Agreement and why is it so important?

The NDCs are at the heart of the Paris Agreement; a legally binding treaty signed in 2015 in Paris, France by 196 Parties. The agreement is a commitment to keep the average global temperature below 2°C, preferably below 1.5°C compared to pre-industrial temperatures.

The agreement is important as it compels countries to take climate action in order to keep global average temperatures below 1.5°C by achieving net-zero by 2050.

Article 6 of the agreement is particularly important as it details the need for countries to set their mitigation and adaptation targets through their NDCs.

Where do current temperatures stand at the moment?

Although countries have made headway in lowering emissions, the commitments have not been ambitious enough to keep global average temperatures below a 1.5°C increase.

Current global warming stands at about 1.1°C above pre-industrial levels. Even with countries updating their NDCs to meet Paris Agreement goals, a UN Climate Change report showed that the country’s efforts would result in a 1% decrease in global emissions in 2030 as compared to 2010.

Why should the global average temperature be kept below 1.5°C?

A 1.5°C average temperature increase limits the extremity of the consequences of the climate crisis, lowering major risks of food and water shortages, less economic risks and lowering the chances of more species going extinct. Furthermore, threats to human health and poor air quality are also lowered at 1.5°C.

Raw told Daily Maverick that it is becoming increasingly unlikely that average temperatures will be limited to 1.5°C.

“Currently, climate models predict that it is likely that this will increase to 1.5C above pre-industrial levels between 2030-2050. CO2 emissions from anthropogenic activities remain in the atmosphere and can persist for centuries to millennia,” the researcher said.

Net-zero and carbon neutral; what is the difference and can they be used interchangeably?

In short, the two terms are different and should not be confused. Raw explains that ‘carbon neutral’ is similar to ‘net-zero’ but refers specifically to carbon emissions and removals.

‘Net-zero’, on the other hand, refers to the balance between all greenhouse gases (GHG) emitted and those removed. Carbon dioxide, methane, nitrous oxide, ozone, water vapour, and Chlorofluorocarbons are the main GHG emissions.

“Net-zero is, therefore, an emissions and removals goal. It can be applied at different scales — by cities, regions, businesses, and countries. Net-zero can be achieved by lowering emissions and increasing removals of GHGs,” Raw said.

Achieving net-zero and carbon neutrality have been at the centre of countries efforts to reduce emissions through their NDCs.

What should South Africans keep an eye out for during the COP26 negotiations?

Minister of the Department of Forestry, Fisheries and the Environment Barbara Creecy recently announced South Africa’s COP26 position, which is focused on increased climate financing among others.

As the biggest contributor of emissions on the continent, Eskom being the biggest polluter in its field and its geographic position making it most vulnerable to the crisis, South Africa needs to adapt swiftly as the climate crisis intensifies.

Those interested in the negotiations ought to watch closely for climate financing as this would help the country adapt to the crisis and mitigate its emissions through a rapid, just transition towards renewable energy.

Who is representing South Africa in the negotiations?

Department of Forestries, Fisheries and the Environment Minister Barbara Creecy will be representing South Africa. Tanguy Gahouma-Bekale of Gabon is the Chair of the African Group of Negotiators on Climate Change under the UNFCCC and will be leading negotiations on the continent’s priorities, which include, among others, adaptation, climate finance and transparency mechanisms.

A beginner’s guide to all things COP26