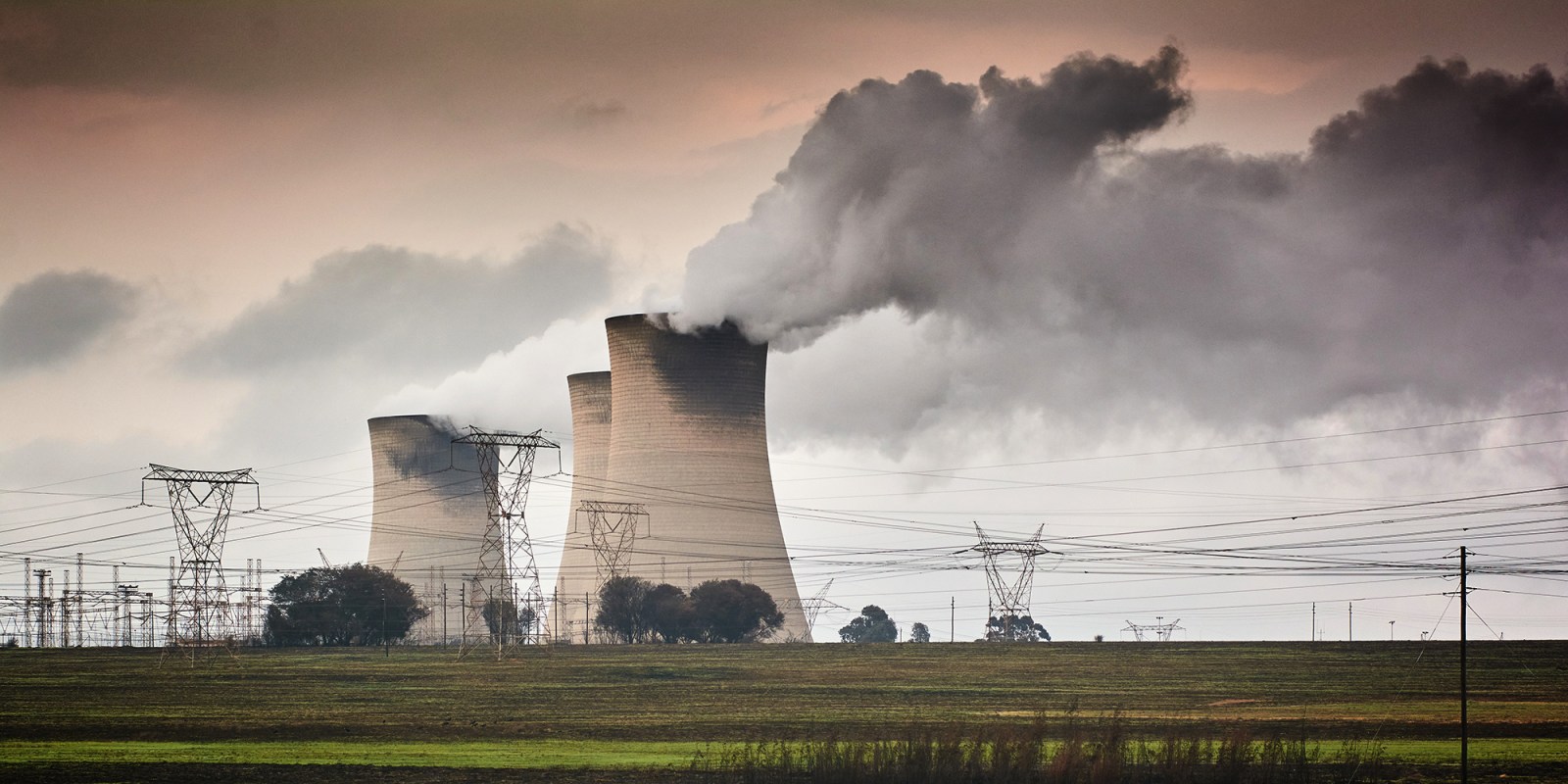 A report says that while power stations in other countries have taken action to reduce emissions, Eskom has not — and now emits more sulphur dioxide than the entire power sector of the US and China combined.

A data analysis by the Centre for Research on Energy and Clean Air (CREA), released on Tuesday, finds that South Africa’s national power utility, Eskom, has become the world’s top polluter in its field. It says no other power company on the planet emits nearly as much sulphur dioxide into the atmosphere.

Sulphur dioxide contributes to high levels of ambient air pollution and is the main health-harming pollutant from the burning of coal. According to the World Health Organisation, South Africa’s air quality levels exceed safe limits.

According to a study by air pollution expert Mike Holland on the health impacts of coal-fired plants in SA, air pollution has multiple effects on our health, including cardiovascular and respiratory illnesses, some of which can prove terminal. Holland estimated that more than 2,200 deaths are caused by air pollution.

“Most of these deaths are due to SO2 [sulphur dioxide] emissions, which form deadly PM2.5 particles once released into the air,” says the CREA report.

The report explains that while other regions have taken action in reducing emissions, Eskom has not, and now emits more sulphur dioxide than the entire power sector of the EU and the US — or the US and China combined.

In 2015, the Edgar emissions database reported that the six economies with the highest power sector sulphur dioxide emissions were India, the United States, China, Saudi Arabia, South Africa and the European Union.

Since then, China and the US have taken considerable steps to move away from fossil fuels and have managed to significantly reduce emissions. India remains the largest polluter, with SA and Saudi Arabia not far behind.

CREA’s analysis of emissions data from each of these countries illustrates that, relatively, by 2019, Eskom had become the world’s most polluting power company measured by sulphur dioxide emissions.

According to the CREA report, China went from 13 million tonnes of sulphur dioxide emissions from the power sector in 2006, to two million tonnes in 2015, to an “ultra-low” level of 780 thousand tons in 2020.

In the past decade, China has implemented a massive retrofit programme, whereas Eskom has remained much the same. Now, China’s largest coal power plant operator, China Huaneng, emits less than 2% of Eskom’s emissions, despite having a fleet almost twice the size.

And compared to the US, Eskom’s emissions from 15 coal-fired power plants are more than twice as high as those from the entire power sector of the United States, with 249 coal-fired plants.

Like the US, the EU has made major gains in transitioning away from fossil fuels and rapidly shut down power plants. The entire electricity and heat sector of the 28 EU countries equates to only a third of Eskom’s emissions.

Based on the company’s own integrated report, in the 2020/21 financial year, Eskom emitted 1.6 million tonnes of sulphur dioxide.

The IEA estimated that in 2019, India emitted 4.3 million tonnes of sulphur dioxide from burning coal.

However, lead analyst of the CREA report, Lauri Myllyvirta, explained to Our Burning Planet that relatively, Eskom is the world’s biggest power-polluting company because no single company in India comes close to Eskom’s emissions.

The report states, “Indian coal is much lower in sulphur than South African coal, meaning that despite having more than five times as much coal-fired capacity, the emissions are ‘only’ twice as high.”

As illustrated in the graph, 10 years ago China and the US were the biggest pollutants by a landslide. Massive retrofit programmes and installing cutting-edge desulphurisation equipment at their power plants has seen a rapid reduction in their emissions.

Comparatively, although they started lower, Eskom’s emissions have remained relatively stable over the past decade.

Eskom spokesperson Sikonathi Mantshantsha told Our Burning Planet that Eskom is “fully aware of its emissions obligations. It has embarked on a programme to transition from retiring coal-fired power stations to renewable energy, with a view to attain a net-zero status by 2050.”

Myllyvirta said, “The data from China, Europe and the US shows that emissions can be cut very fast and steep once a government decides to act.” DM/OBP