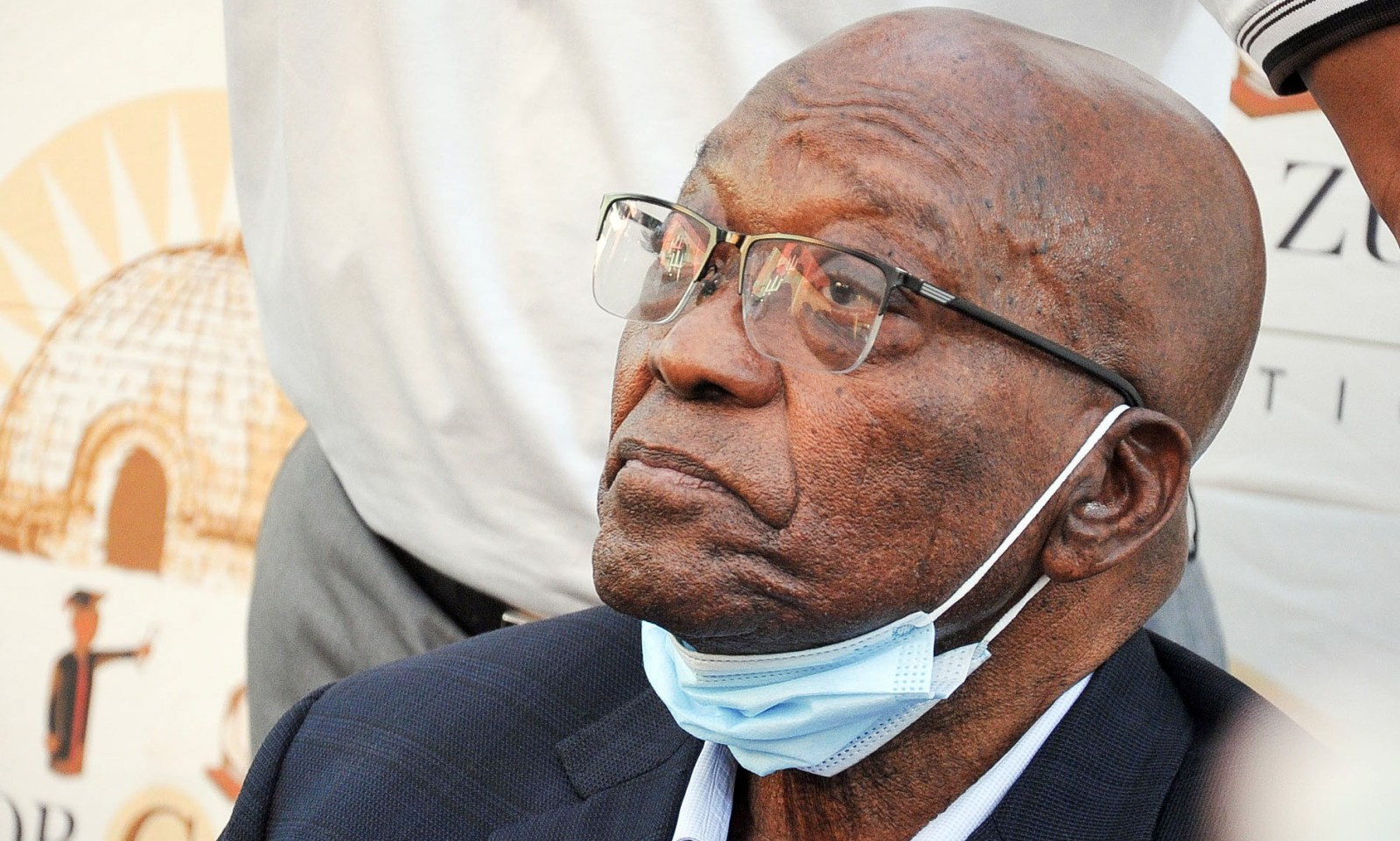 The laying of criminal charges could be seen as an attempt at a contingency plan, given that Zuma’s special plea for the removal of Downer is unlikely to succeed.

Former president Jacob Zuma on Thursday afternoon filed a criminal complaint with the South African Police Service demanding that the lead prosecutor in his graft case, advocate Billy Downer, be investigated for allegedly leaking a “confidential” medical report via a third party to News24 journalist in August.

The laying of criminal charges could be seen as an attempt at a contingency plan, given that Zuma’s special plea for the removal of Downer is not likely to succeed. The former president would then be in a position to tell the court that his trial cannot go forward until the police have completed their investigation.

The incidents were part of a pattern of unlawful disclosure of information that he had had to contend with during the protracted Arms Deal matter, said Zuma.

The complaints Zuma laid are in terms of Section 41 (6) of the NPA Act, which prohibits disclosing information without the permission of the national director.

Zuma said that during the course of the Arms Deal case being argued in the high court it was made clear “there is evidence that criminal conduct has taken place in an attempt to manipulate my investigation and prosecution for unlawful purposes”.

The 79-year-old arrived at the police station in a BMW convoy with daughter Duduzile at his side and was greeted by a small but enthusiastic crowd as his personal protection unit guided him through a flurry of journalists into the building.

The former president’s statement was also replete with assertions he has often made in court, in public and at his only appearance before the Zondo Commission: That foreign spies had conspired with local agents – including investigators and National Prosecuting Authority (NPA) prosecutors – to ensure he was prosecuted and thus politically maligned.

Hofmeyr filed the affidavit in a North Gauteng High Court matter brought by the Democratic Alliance, which led to the 2009 decision taken by the then National Directorate of Public Prosecutions (NDPP) head Mokotedi Mpshe to withdraw the case against Zuma being overturned in April 2016. The Supreme Court of Appeal upheld the decision and paved the way for Zuma’s prosecution.

Hofmeyr’s affidavit stated that former NDPP head Leonard McCarthy – who was the head of the NPA’s since shuttered investigations arm known as the Scorpions – and former intelligence minister Ronnie Kasrils were part of a cabal using their positions and influence in a bid to politically support then-president Thabo Mbeki and target Zuma.

Zuma was released on medical parole last month due to an as yet undisclosed medical condition, having completed just short of two months of his 15-month sentence for being in contempt of a Constitutional Court order that he continue his testimony before the Zondo Commission.

He is expected in the Pietermaritzburg High Court on Tuesday for the continuation of the Arms Deal matter, where presiding judge Piet Koen is set to deliver a judgment on Zuma seeking that Downer be removed in terms of Section 106 (1) (h) of the Criminal Procedure Act. Zuma contends that if he is successful, he will be entitled to an immediate acquittal under the same act.

Zuma is seeking Downer’s removal on the grounds that the veteran prosecutor is lacking in “independence and impartiality” and therefore is unable to conduct a “lawful prosecution” that will uphold his constitutional rights to a fair trial. The NPA has argued that the plea application be dismissed.

During arguments for and against the plea application in September, Zuma’s advocate Dali Mpofu SC told the court that the alleged leaking of his medical information to Maughan “was one of the most concerning issues for Mr Zuma”, who was at that stage weighing his legal options.

The State said during the same sitting that once the documents were lodged with the court, they were public records.

Downer had stated in his supplementary affidavit that documents, including the note, were given to Maughan by NPA advocate Andrew Breitenbach with an embargo, which she had respected.

The medical note did not name any specific illness Zuma was suffering from.

Zuma’s statement to police says: “Advocate Downer authorised the leaking of sensitive and private information obtained in the course and scope of his employment in breach of the… NPA Act.”

Besides seeking that a criminal case be opened against Downer, Zuma has also said he wants to “extend my complaint of criminal wrongdoing to cover all other persons as reflected in the documents attached… who are either prosecutors and/or investigators who had violated the provisions of the NPA Act and the Constitution”.

The NPA said via a statement later on Thursday that it “noted with concern” the charges laid against Downer.

“The NPA is committed to upholding due process and the rule of law and will assess the merits of the charges in an objective manner. We also note that these charges are laid while the matter is subject to judicial determination by the High Court in Pietermaritzburg and judgment is expected to be delivered on 26 October 2021.

“While the law must be allowed to follow its course, the NPA is concerned about the context within which these charges have been laid, and the timing in light of the pending judgement of the High Court. Adv Downer SC is a highly respected prosecutor who has carried himself with integrity throughout his career in the NPA.

“His reputation speaks for itself. All NPA prosecutors are required to act without fear and favour and should feel confident to deliver on their mandates without fear of intimidation. However, we will allow the Director of Public Prosecutions in KwaZulu-Natal to deal with the matter as and when she receives the case docket from the police.”