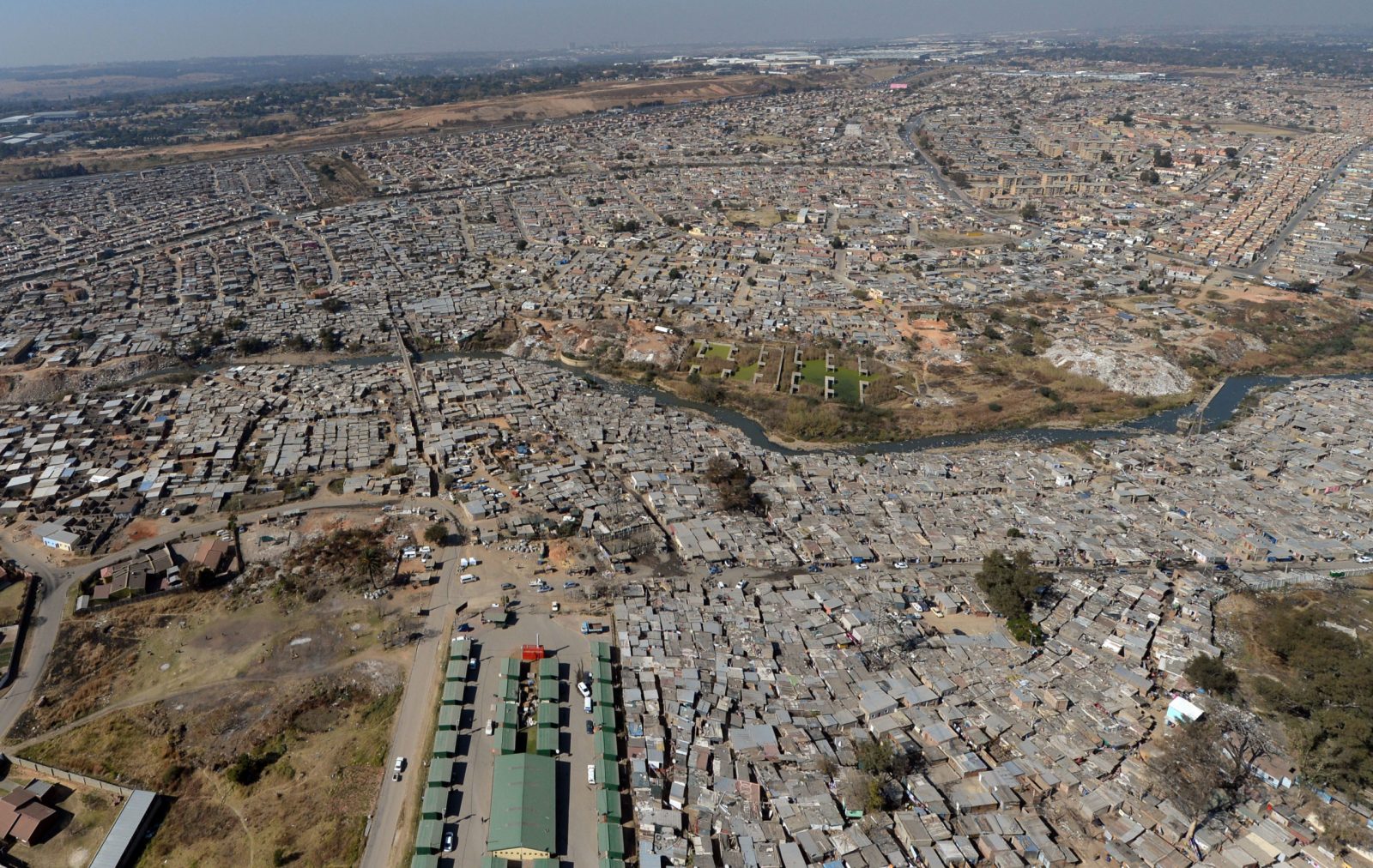 A survey of manifestos ahead of November’s local government election shows political parties have placed the indigent on their agenda — but concrete solutions are few and far between. (Photo: Felix Dlangamandla)

Free basic services for the indigent are the cornerstone of South Africa’s poverty alleviation strategy, but billions of rand’s worth of subsidised services are not reaching the country’s poor. Ahead of next month’s municipal elections, political parties don’t seem to be offering any concrete solutions.

A recent research report by the Public Affairs Research Institute (Pari) found that R40-billion in funding for free basic services (FBS) for the indigent is not reaching the poor in municipalities across the country.

Local government has a constitutional mandate to provide free basic allocations of water, electricity and subsidised sewerage and sanitation to low-income households, for which the National Treasury makes an annual allocation through the municipal equitable share.

In the 2019/20 financial year, 10.1 million households were funded in the national budget for FBS, but less than a quarter (15%) are receiving the full range of basic services from their municipalities. R40-billion is the conservative estimate of the shortfall.

“That is R40-billion these households desperately need for other expenditures, most notably food,” said Dr Tracy Ledger, author of the report and senior researcher at Pari.

She notes that indigent policies have been implemented haphazardly across municipalities, each of which has free rein to set its own criteria for what defines a poor household.

Just under 2.9 million households are registered as indigent. However, Ledger notes that roughly half of all households in the country are considered poor.

Indigent policies also differ from one municipality to the next, while some have no policy in place at all.

“It’s totally against any principles of equality that you have a household that lives in one place that gets a benefit, but a household with exactly the same levels of poverty that lives in the municipality next door doesn’t get that benefit,” Ledger told Daily Maverick.

A survey of manifestos ahead of November’s local government election shows political parties have placed the indigent on their agenda — but concrete solutions are few and far between.

In its ambitious document, the EFF has promised that in municipalities governed by the party, households which depend on social grants will qualify for free basic services without having to register on the indigent database and will have access to FBS by June 2022.

The EFF also proposed that property taxes should be used to subsidise indigent families.

While the ANC said many of its municipalities “have not delivered as they should have” due to corruption, waste and underspending, one of the ways the party promised to make “municipalities financially viable” was to ensure poor communities receive higher allocations from the equitable share in terms of free basic services.

The ANC also made a vague promise to ensure poor households receive the free electricity and water they are entitled to.

The minimum free basic services are:

In her report, Ledger suggested that the free water and electricity provisions are inadequate to meet the basic needs of households. Instead, the basic requirement for households is about four times as much electricity (200kWh per month) and almost twice as much water (10KL).

In the ANC-led City of Johannesburg, the Siyasizana Expanded Social Package programme offers FBS on a sliding scale to people earning less than R5,308.20 a month. Residents qualify for one of three different levels of benefits based on where they place on the city’s poverty index.

For example, Johannesburg Water provides a maximum of 15kl of free water per indigent household per month, depending on the household income. The city used to provide universal access to 6kl of free water, but since the allocation was discontinued in 2017, residents are charged an extra R42.84 a month.

Means tests are not required by FBS policy, according to a 2018 policy document from the Accounting for Basic Services Project (ABS). “So a truly developmental municipality could choose to make access universal,” the document read.

Ledger said the criteria to register as indigent is often exclusionary. In Johannesburg, only those with a South African ID are eligible to register, which excludes the undocumented poor. Recipients are also required to re-register in person every six months, and if they do not, the benefits will lapse.

In the DA-run City of Cape Town, applicants are also required to submit proof of ID, bank statements or a sworn affidavit that they do not have a bank account, among other documents.

The ABS Project noted that many poor households will not have the necessary documentation or ownership and tenure rights required by most policies.

“We would have much lower administration costs if we adopted a more inclusionary approach… yes, maybe a few non-indigent households would get benefits, but this would be far outweighed by the increase in the number of households who should actually be getting them”.

Generally, there is no appeals process if you are denied free basic services. However, eThekwini and Johannesburg allow residents to lodge written appeals.

While the DA’s manifesto promises “effective billing systems” to collect revenue from non-indigent residents to support the poor, the party said little else about FBS.

Consumers in the Cape Town metro who earn R7,500 a month qualify for up to a 100% rebate (refund) on their property rate, 6kl of free water per month (including 4,200 litres of sewage) and free refuse collection.

The city has said R3.4-billion in relief is available to registered and qualifying indigent residents. On the ground, some residents have criticised the city’s criteria as being too stringent.

Ledger notes that the transfers from the National Treasury to municipalities are in the form of an unconditional grant. This means a municipality is lawfully entitled to provide fewer households with basic services than it has received funding for. Stringent qualifying criteria often form the barrier to entry.

R78-billion was allocated in the 2021 budget for the municipal equitable share — however, the amount is expected to decline by 0.4% in the medium term.

Poor economic growth rates and rising unemployment means more South Africans are unable to pay for municipal services and most municipalities — particularly outside of the metros — do not raise a substantial portion of their own revenue. Additional funds are commonly diverted to other operational requirements.

“The municipalities are not stealing the money; they’re not doing anything illegal. It’s a flaw in the oversight system,” said Ledger.

ANC-led eThekwini, which has South Africa’s highest indigent population, decided against the use of an indigent register, opting instead for property value targeting. The metro’s social package programme costs more than R4.7-billion.

The metro is, however, plagued by faulty and ageing water infrastructure, meaning basic water access is a challenge. According to the Municipal Indigent Policy Framework, residents should not be excluded from FBS because the necessary infrastructure is not in place. Often indigent households in informal settlements or backyard dwellers who are not on the municipal system miss out on support.

Less than 150,000 non-indigent households receive free services due to billing issues, Pari’s report notes. However, in some instances suspected corruption and maladministration is to blame.

In Pietermaritzburg (Msunduzi Municipality), Daily Maverick reported that more than 21,000 electricity consumers with prepaid meters are not being charged for the power they consume. They appear not to be on Eskom’s free basic electricity programme.

For Ledger, the first step to broadening indigent access to FBS is introducing a national standard for indigent registration. A further step would be converting the funding from the equitable share into a conditional grant exclusively for free basic services.

“But converting it into a conditional grant isn’t that straightforward… the thing is, we can do a hell of a lot better than we’re doing at the moment.