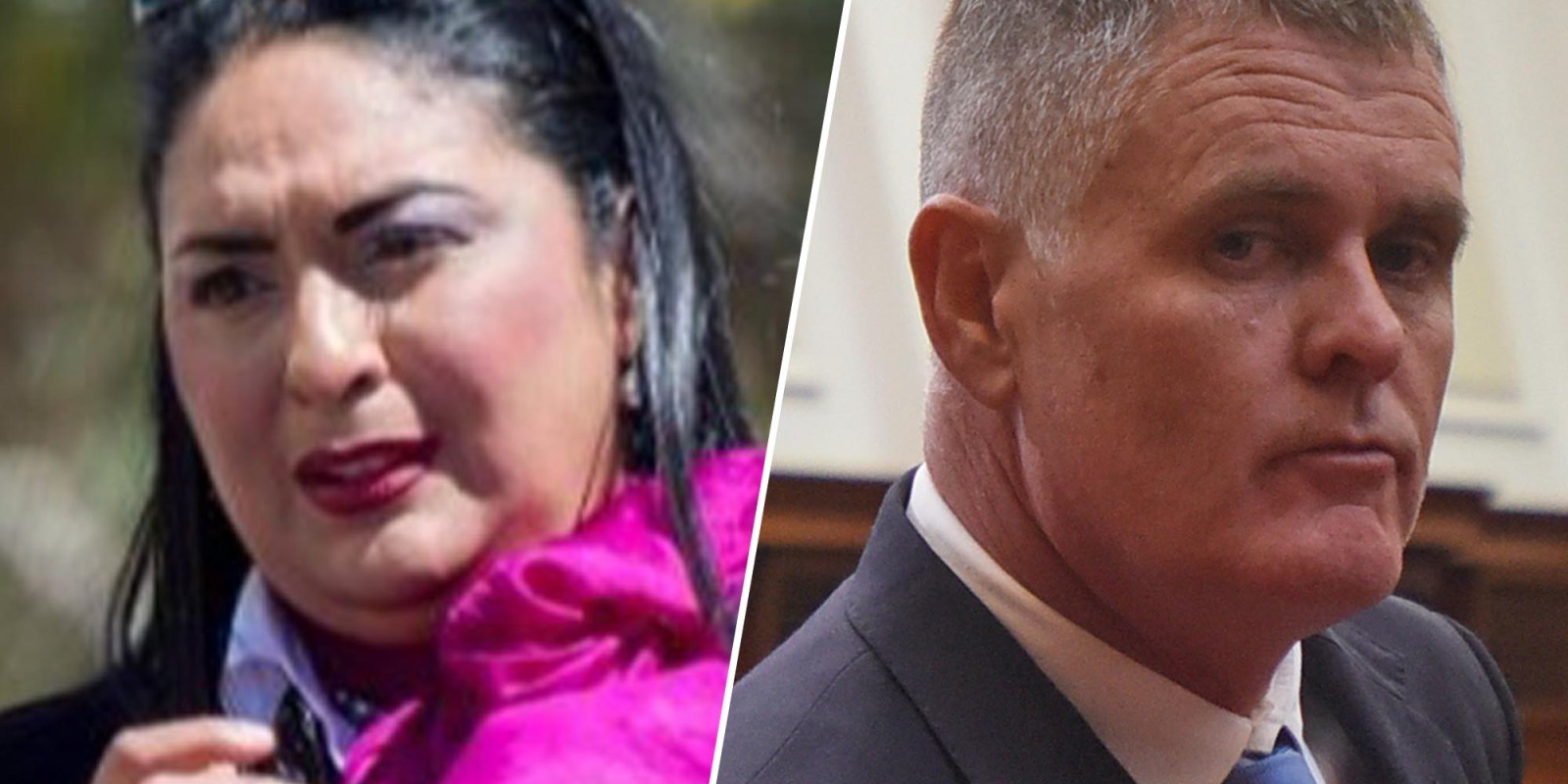 Jason Rohde argues that Judge Gayaat Salie-Hlophe is forcing him to apply for bail without legal representation as his senior counsel will not be available on the dates she has set down to hear the matter.

Jason Rohde, convicted of murdering his wife, Susan, in 2016, wants Western Cape High Court judge Gayaat Salie-Hlophe to recuse herself from hearing his application for bail pending his appeal against conviction and sentence.

Rohde’s 20-year sentence for murder, handed down by Salie-Hlophe in February 2019, was reduced to 15 years by the Supreme Court of Appeal (SCA) in October 2021.

On 15 October Rohde lodged with the Western Cape High Court a supplementary affidavit to his founding affidavit in an urgent application for bail and requested that Salie-Hlophe recuse herself.

The SCA found that Salie-Hlophe had been incorrect in the manner in which she had handled Rohde’s sentencing and that no “compelling circumstances” had justified her “departure from the prescribed sentence of 15 years”.

The SCA also found that the trial court had “erred in finding that the deceased [Susan Rohde] had been smothered” and that the court’s reliance on “its own observation” had been “wholly unjustified”.

Rohde, a former Lew Geffen and Sotheby’s chief executive, also argued that the SCA had agreed that “a number of material errors and misdirections occurred [in the trial]” and had also found that evidence by Dr Larissa Panieri-Peter, Rohde’s psychiatrist, should have been considered.

This, Rohde argued, had prevented him from leading evidence in defence, which rendered his trial “unfair”.

The substance of his application to the Constitutional Court was still being “distilled”, said Rohde, and further argument would be advanced at that stage.

Panieri-Peter’s evidence would have been “critical to my defence”, Rohde said, as it would have set out whether the woman he was convicted of murdering in 2016 had been a suicide risk.

Rohde’s legal team argued that the SCA “ought to have referred the matter back to trial”.

Rohde argued that regardless of whether the State had made out a case against him, “it is my defence which was irreparably undermined by the decision [not to hear Panieri-Peter’s evidence].”

Salie-Hlophe, he said, had deliberately assigned his case to herself at the start, could not be impartial in his current bail application and that such an application“ought to follow the normal rules and be heard by the urgent judge on duty at the time”.

The judge had denied Rohde bail on several occasions after his conviction and had refused his application for leave to appeal against the 20-year sentence, which was upheld by the SCA, but with five years lopped off.

Rohde sets out how two judges in the Western Cape High Court on urgent duty, Kate Savage and an acting Judge Motzinger, had originally attended to the bail application on two separate dates, Saturday, 9 October and Monday, 11 October.

This was after the SCA ruling which left him 48 hours to apply or face jail. Rohde and his legal team approached the court on an urgent basis.

On the Saturday, Savage had suggested that the legal teams agree to an order in which the notice for Rohde to report to prison be suspended pending the determination of his bail application on the Monday.

Come Monday, 11 October and acting Judge Motzinger, who was on the “urgent” roster, announced that he had been “instructed by another judge, prior to hearing my matter” that he was not to hear Rohde’s bail application and that it be postponed to 20 October to be heard by Salie-Hlophe herself as the trial court judge.

Rohde’s lawyers argued that Motzinger, at the time, had not been prevented in law from hearing the matter and that neither Rohde nor his counsel William King would be available on the date on which Salie-Hlophe had set the matter down to be heard.

The matter stood down for the legal teams to approach Salie-Hlophe in chambers, after which the bail hearing was postponed to be heard by Salie-Hlophe on 25 October.

It is a date that suits neither Rohde nor his senior counsel, and while Rohde said he had no objection to the matter being postponed or allocated to the trial court, this could not result in him losing his chosen senior counsel because they would be unavailable.

So, either the matter had to run before an urgent duty judge with Rohde being represented by his senior counsel, or it had to be heard before the trial court and Salie-Hlophe without Rohde’s legal team being present.

This, Rohde argued, was unconstitutional.

Rohde said he had not attempted to delay his bail application, but that it had been at Salie-Hlophe’s insistence that the matter be heard by her.

In his papers, Rohde also set out how Western Cape Deputy Judge President Patricia Goliath, in her complaint to the Judicial Service Commission about her boss John Hlophe, said that at the start, Goliath had proposed that the Rohde matter be heard by Judge Anton le Grange, a more senior judge.

This had been overruled by Judge President Hlophe, who assigned the case to his wife.

“I do not know why the Honourable Salie-Hlophe wanted my matter allocated to her,” said Rohde.

The question was, however, why she would seek Goliath’s blessing and why the Judge President would dismiss Goliath’s recommendation.

Had he known this at the time, said Rohde, he would have called for Salie-Hlophe’s recusal.

He listed “further incidences” where he claimed Salie-Hlophe had shown bias, including her order for his arrest after his absence from court on 5 February 2018 due to illness, the upliftment order preventing the media from filming his daughter and her denying him bail on three occasions.

His arrest, he said, “appeared to be an attempt by the court to punish me. A perceived desire to punish me, I respectfully submit, is evidence of this.”

Salie-Hlophe’s order on 9 October 2017 allowing the media to film his trial had had the added caveat that his daughter not be identified.

When his daughter did prepare to testify in December 2018, Salie-Hlophe had told his counsel to bring a new application for this evidence to be held in camera. His daughter, as a consequence, did not give evidence, said Rohde.

He said when he had sought to appeal against Salie-Hlophe’s conviction and sentence she had denied him this, but he was later granted leave by the SCA and released on R200,000 bail.

He added that at least five decisions by Salie-Hlophe were aimed at “either preventing my appeals or my release on bail” and that “with respect, all five of these decisions were incorrect”.

There was a reasonable apprehension, Rohde expressed, that Salie-Hlophe would again deny him bail.

With regard to his challenge of the high court’s findings, Rohde said that the SCA should have found, in circumstances “where the trial is found to have unlawfully limited the evidence of the defence, such an error cannot be cured on appeal”.

The matter, he said, should have been referred back to trial. He added that he believed that his application to the Constitutional Court had a “reasonable prospect of success”.

Should the court grant him bail he would undertake “not to endanger the public’s safety and security” and would comply with any conditions. DM