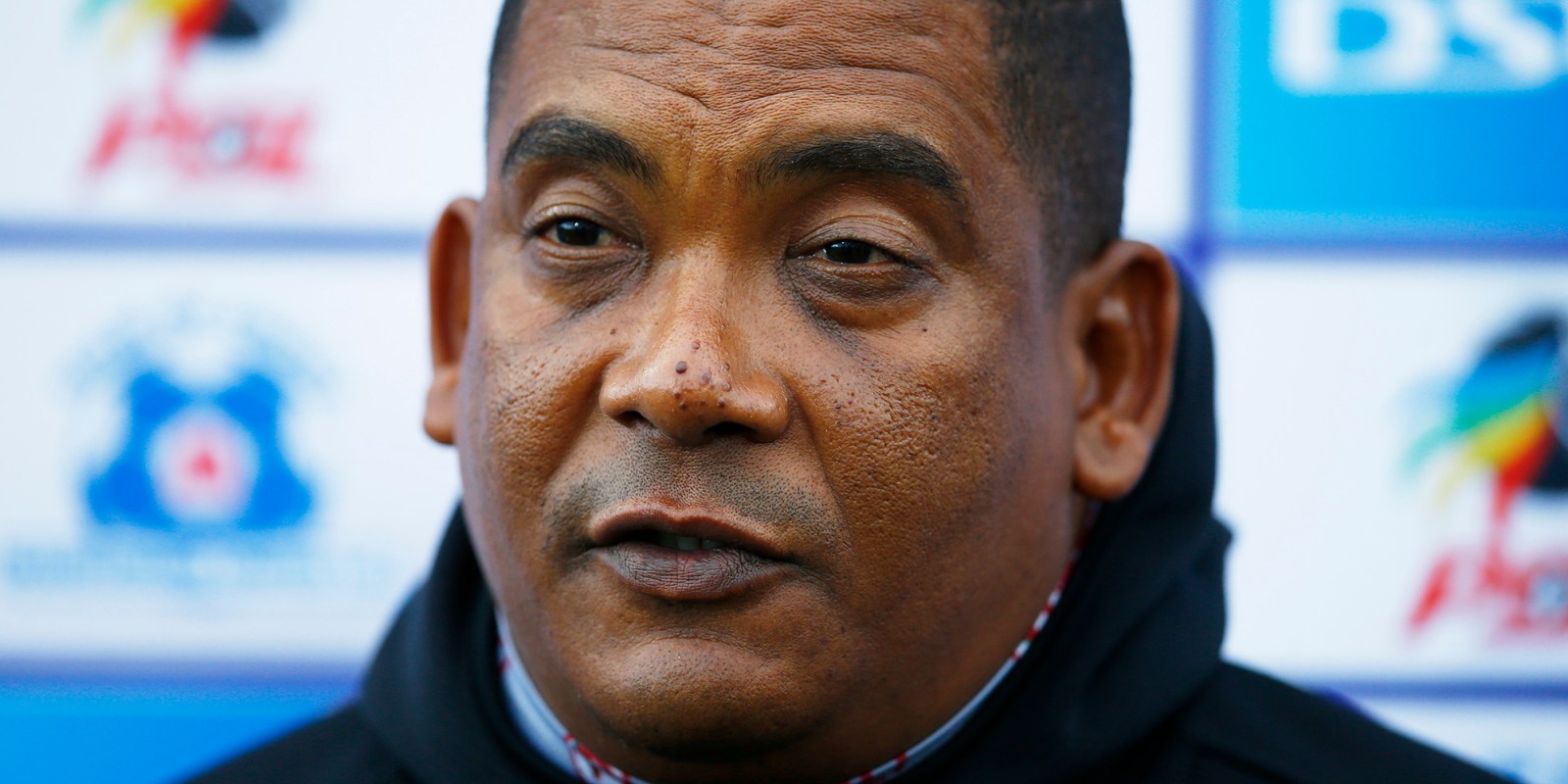 In Brandon Truter’s first match since returning from being placed on special leave by Swallows, the Birds broke their seven-game scoring duck, but could not convert that breakthrough into three points.

Swallows, who have struggled to build on the momentum that saw them finish sixth in the DStv Premiership last season, welcomed back their head coach, Brandon Truter, as they played to a one-all draw against Stellenbosch in Dobsonville, Soweto.

“We scored first and immediately conceded again,” said Truter after the game.

His side had taken the lead on the stroke of halftime through striker Ruzaigh Gamildien, However, they conceded just two minutes after scoring their first goal since they beat Royal AM back in August – with Dean van Rooyen netting the equaliser for Stellies.

Despite chances for both teams in the second half, neither could quite find a way through the other’s defence.

“It’s not a clean sheet today, but we scored. It’s work in progress considering where we come from. It’s a point after a while. So, it’s something to build on,” added Truter in his post-match assessment.

Truter was placed on two weeks of “special leave” by the club in mid-September following a series of poor results. Even though his leave has ended, the hierarchy of the Dube Birds previously hinted that if the team continues to struggle, a change is imminent in the dugout.

“The board of the team is not happy with the current performance of the team, and it can’t rule out drastic changes if the situation persists,” David Mogashoa, chairperson of Swallows, said in a statement.

After this latest stalemate against one of the high-flying sides early on, Stellenbosch, Truter will be fully aware that he and his technical support staff will have to find a tonic for turning things around.

Following the result, the Soweto side is now without a win after eight games in all competitions – conceding 12 goals and managing to score this single goal.

The Birds’ next clash is with fellow strugglers Chippa United, who are languishing in 14th spot on the Premiership table, one place above Swallows.

Gavin Hunt’s men were thoroughly outclassed by Kaizer Chiefs, who walloped them 4-0 thanks to a Keagan Dolly masterclass after the former Mamelodi Sundowns attacking midfielder netted a brace, set up Khama Billiat and was also instrumental in Lazarous Kambole’s goal in added time.

Both sides came into the clash desperate for a morale-boosting victory following a string of unsatisfactory recent results.

Dolly, ably supported by Billiat, ensured that the scrutiny on Amakhosi coach Stuart Baxter eases, while compounding the pressure on Hunt.

Under Hunt’s tutelage, the Chilli Boys have now won one game, drawn two and lost four. With Chippa’s chairperson, Chippa Mpengesi, known to be particularly impatient with coaches at the club when results are not forthcoming, Hunt will already be looking over his shoulder and hoping that the Gqeberha-based outfit can turn the corner soon.

On the other hand, Dolly is hopeful that Amakhosi, who have now won two, drawn three and lost two, have arrested their recent disappointing displays.

“In the past few games we’ve been creating chances, we’ve been working hard at training sessions and tonight we said, let’s just do it for ourselves. Let’s execute and stick to our game plan, and that’s what we did. If we keep going like this a lot of teams need to watch out for us,” the 28-year-old said.

Dolly also spoke on his partnership with Zimbabwean forward Billiat. The duo terrorised Chippa’s defence throughout the big win.

“It’s always easy for me to understand where Khama is going to run and he knows what to do when I have the ball. It’s been a partnership since Ajax days, so automatically I know where he’s going to be,” he said.

“Overall, it’s the entire team. We’ve been working hard off the field and we deserve it tonight. Hopefully, there’s much more to come.”

Elsewhere, SuperSport United consolidated second spot and maintained their unbeaten start to the season with a 2-0 victory over Baroka in Tshwane. Ghampani Lungu was the hero for Matsatsantsa, scoring a brace. DM