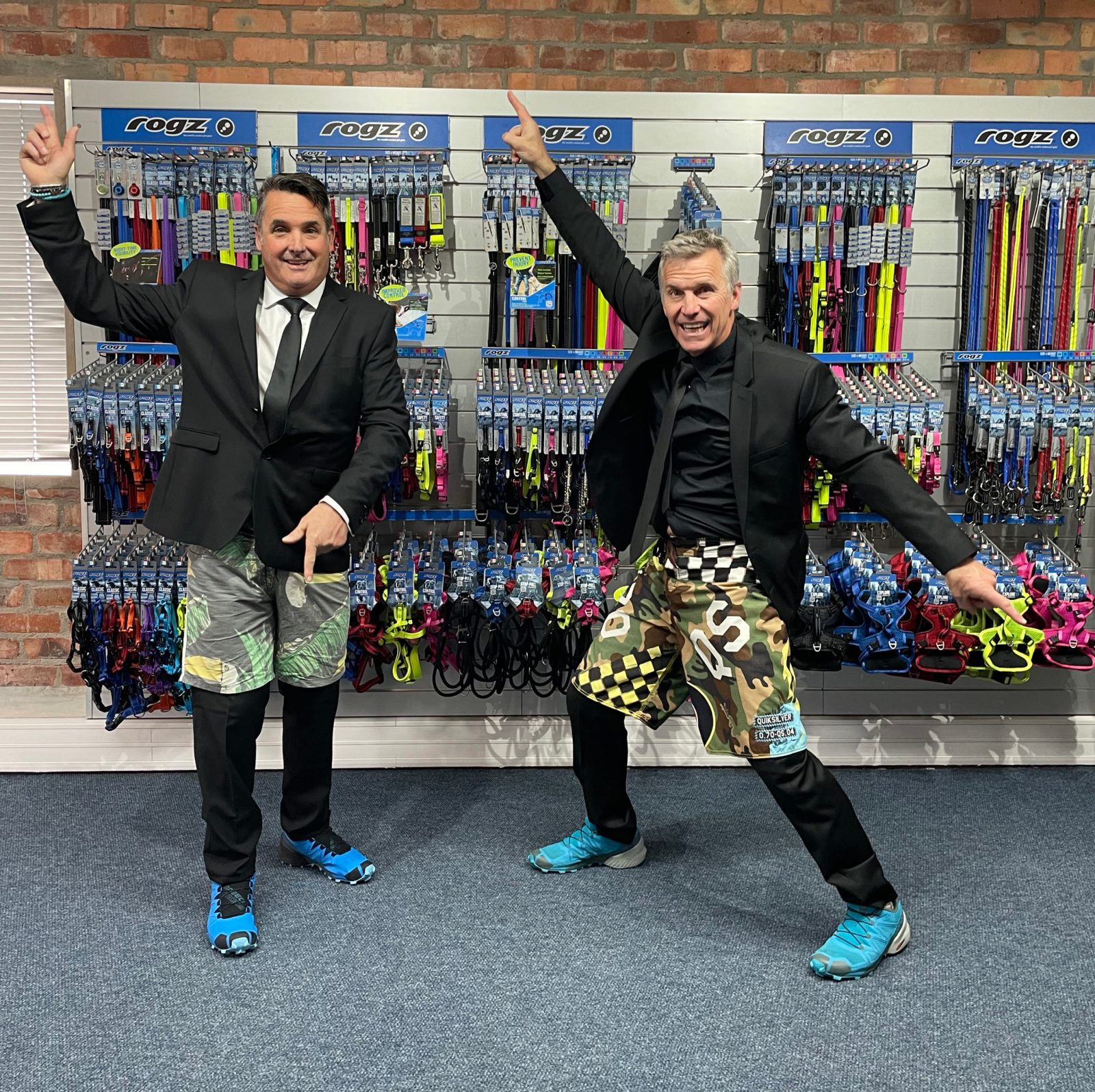 Co-founders of Rogz, Paul Fuller and Irené Raubenheimer, show off some of their colourful pet products. (Photo: Supplied)

Treating animals as part of the family is good news for local company Rogz.

South African pet gear company Rogz was awarded brand of the year in the toys category at this year’s World Branding Awards Animalis Edition. Rogz co-founder Irené Raubenheimer says that they are thankful for the honour and the increased credibility that can come from such awards – but, even though they are on a strong run, the team knows that growth and learning come with both ups and downs.

Over 26 years, the team has learned how to grow authentically. The company originally started in a small Cape Town flat with a focus on straps for sunglasses and watches. They hoped to break into the sports industry, but eventually turned their full attention to pet supplies such as collars and leashes.

Raubenheimer says their earlier success was partly a result of their aligning with other brands to grow globally, as well as going to trade fairs.

“The pet industry is a growing industry,” Raubenheimer says. “There is now a well-documented trend of the humanisation of the pet industry that maybe wasn’t relevant four decades ago.”

He says that people used to spend less on pet accessories and that the industry wasn’t strongly branded. “And now that seems so dated because everybody’s buying a fancy bed and fancy toys, treating the animals like part of the family.”

According to research by Global Industry Analysts, the global market for pet accessories was estimated at about $29.4-billion in 2020 and is projected to reach about $42.3-billion by 2026.

Although the Covid-19 pandemic has had a devastating effect on many businesses, and Rogz was forced to change its plans for an upcoming launch, it has proved to be a boon for the industry.

“Lockdown put a lot of people in their homes, so there’s still income but they couldn’t spend it on the same places as before, such as restaurants or on a trip. People were spending more on their pets and, for [us], that’s just an add-on to the trend that’s been going on anyway, for last few decades.”

Raubenheimer says the industry’s growth and trends are in line with strategic decisions that Rogz has already been making.

“The DNA of the product was looking the same,” says Raubenheimer. “In 2017, we started changing focus strategically to back our own production in South Africa as a tactical advantage for the road ahead. Little did we know that Covid was going to escalate that again.”

This switch to local production meant that, not only did the team have full creative and intellectual control, they also gained an advantage when the pandemic froze global trade. Their factory was able to adapt and began creating personal protective equipment (PPE) products during the height of South Africa’s lockdown.

Raubenheimer says that, although the company has prospered greatly, it is “rewinding” some of the complexity that large growth and diversification has brought with it. “So if you’re asking what lies ahead, we are on a journey of consolidating and refocusing.”

For Rogz, that means focusing on what the business is, both in terms of quality pet gear and their core brand and market. DM168