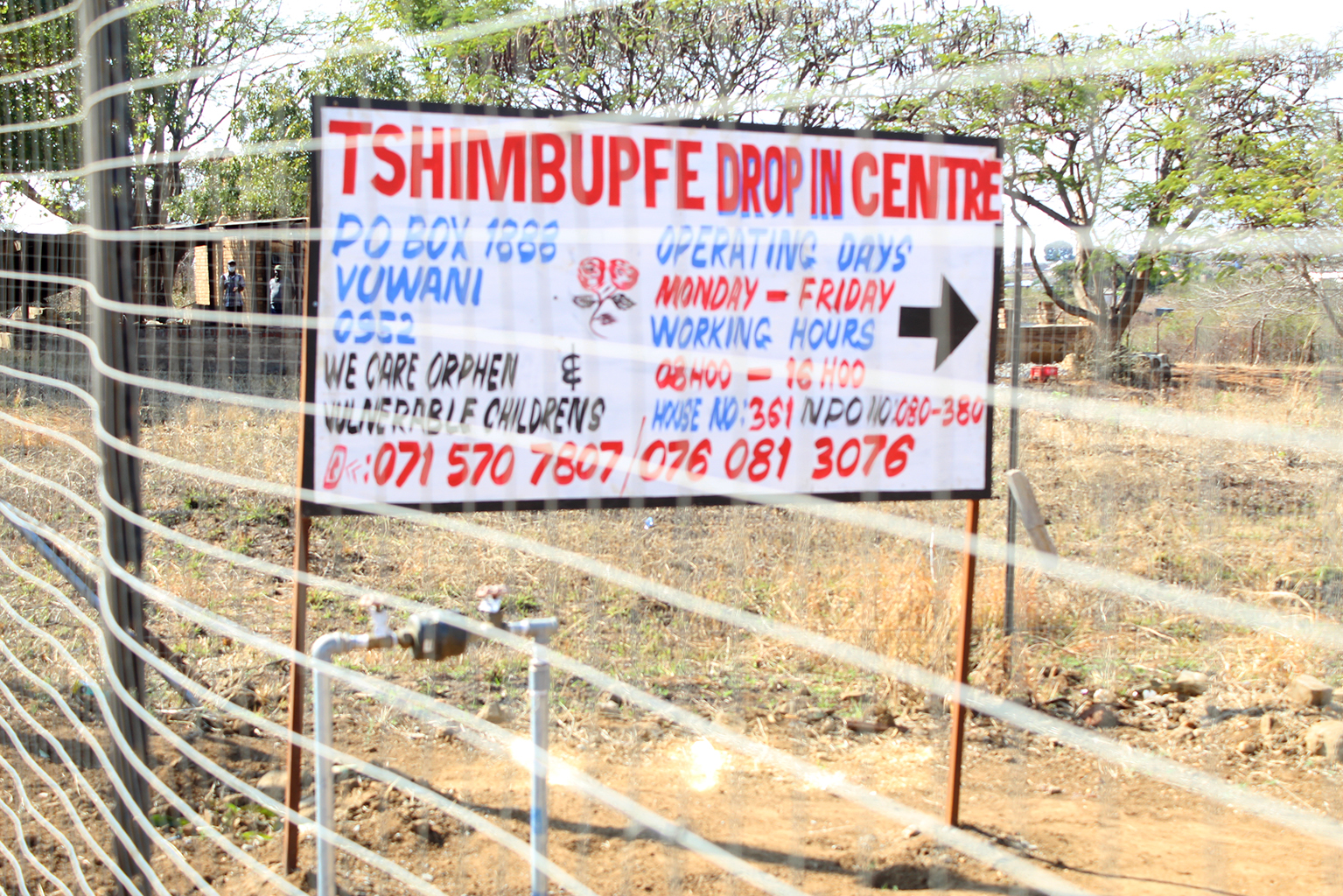 The National Lotteries Commission has launched its own probe into a dodgy grant to the Tshimbupfe Drop-in Centre, which is already being probed by the Special Investigating Unit. (Photo: Kaizer Nengovhela)

The SIU is already investigating the allocation of millions to Limpopo children’s drop-in centre.

The National Lotteries Commission (NLC) has hired lawyers to conduct a parallel investigation into a dodgy R10-million grant that is already being investigated by the Special Investigating Unit (SIU).

The NLC has routinely refused to answer media questions about dodgy grants, saying it does not want to interfere with the SIU investigation. That investigation began late last year after President Cyril Ramaphosa issued a proclamation authorising the Unit to probe corruption involving the Commission.

NLC spokesperson Ndivhuho Mafela confirmed last week that legal firm Dabishi Nthambeleni Inc had been tasked by the Commission to investigate the circumstances surrounding a multimillion grant allocated to the Tshimbupfe Drop-in Centre in Limpopo, a centre for children from poor homes.

Limpopo Mirror and GroundUp reported on the grant in September this year. Investigations revealed that a small non-profit organisation based in the rural village of Tshimbupfe in the Vhembe district of Limpopo had received R10-million in funding, but most of its board members were not aware of the grant.

The centre’s chairperson, Councillor Tshifulufheli Solly Mudau, admitted that he was aware of the funding, but said it had been used for a borehole project in a neighbouring village. However no such borehole project could be found and the local district municipality, which is responsible for supplying water in the area, says it is unaware of any Lottery-funded borehole project in the area. Mudau is the ANC ward councillor for the Collins Chabane municipality and though his role in the grant is under investigation by the SIU, his name appears on the list of candidates for the upcoming municipal elections.

Limpopo Mirror also revealed that Mudau is related to Dr Muthuhadini Madzivhandila, a member of the NLC’s board.

When the NLC was asked at the time for more information and to comment on the Tshimbupfe grant, Mafela refused to divulge any details.

“… the NLC is currently a subject of investigations, the primary one being conducted by the SIU. As a reminder, the proclamation signed by the President in (commissioning) the SIU gives a time frame of between the year 2014 and October 2020. It is for this reason that we refrain from commenting on any matters that fall within this time frame. It is only fair that we allow the investigations to take their own course and be concluded instead of running parallel commentary,” said Mafela.

Soon after Limpopo Mirror journalist Kaizer Nengovhela began probing the grant, he was contacted by Tebogo Sithathu, a musician and activist whose nonprofit company, the Gospel Music Association of South Africa, has received almost R10-million in Lottery grants.

Sithathu, who has close links to the NLC, sent a sinister WhatsApp voice message to Nengovhela, asking him to “stop harassing this organisation”.

Shortly after our article appeared, the SIU visited the Tshimbupfe area to investigate and take statements from witnesses. Mudau, who told the SIU that the money was used for a borehole project, was one of the people questioned.

Nengovhela was contacted at the end of September by Dabishi Nthambeleni and asked for more information about his investigation. The law firm was asked to submit written questions, which it did.

Dabishi Nthambeleni asked for information on the documents obtained by Limpopo Mirror and GroundUp. All the documents are in the public domain, which the lawyers were told.

The lawyers seemed especially interested in the family relationship between Mudau and Madzivhandila.

“The firm has been tasked to investigate the alleged funding allocated to Tshimbupfe Drop Centre and the subsequent implementation of the project/s,” he said. “Further to this the firm is also tasked with looking into funding allocated to ‘dormant organisations’ as alleged. This will also extend to the alleged threats made to members of the media fraternity supposedly on behalf of the NLC, as insinuated,” Mafela said.

He said it was a requirement of the Public Finance Management Act that the accounting authority should investigate alleged wrongdoing when they become aware of it. Yet the NLC has apparently not investigated the many other dodgy grants and projects that have been exposed by the Limpopo Mirror and GroundUp.

“The NLC would also like to put it on record that the investigation will not in any way interfere with any processes that are being undertaken by any law enforcement agency,” Mafela added.

Mukhetwha Nthambeleni of Dabishi Nthambeleni was asked if his firm would be communicating with the SIU and the Hawks regarding its investigation. He was also asked whether it could not be considered improper for the NLC to commission a parallel investigation and interview possible witnesses.

“We have been advised by the NLC that they have already responded to your questions regarding our involvement in this matter,” he said.

SIU spokesperson Kaizer Kganyago said that the NLC had not informed them of their investigation. But it would “not interfere with our investigation”, he said.

Asked if the Hawks had been informed of the NLC investigation, spokesperson Colonel Katlego Mogale suggested that questions be sent to the NLC.

But she said parallel investigations were not uncommon, and used the example of a burglary case being investigated by police, where the homeowner might also make use of the services of private detectives.

She said she would “follow up” with the Hawks Lottery investigation team. DM

Published in association with the Limpopo Mirror.