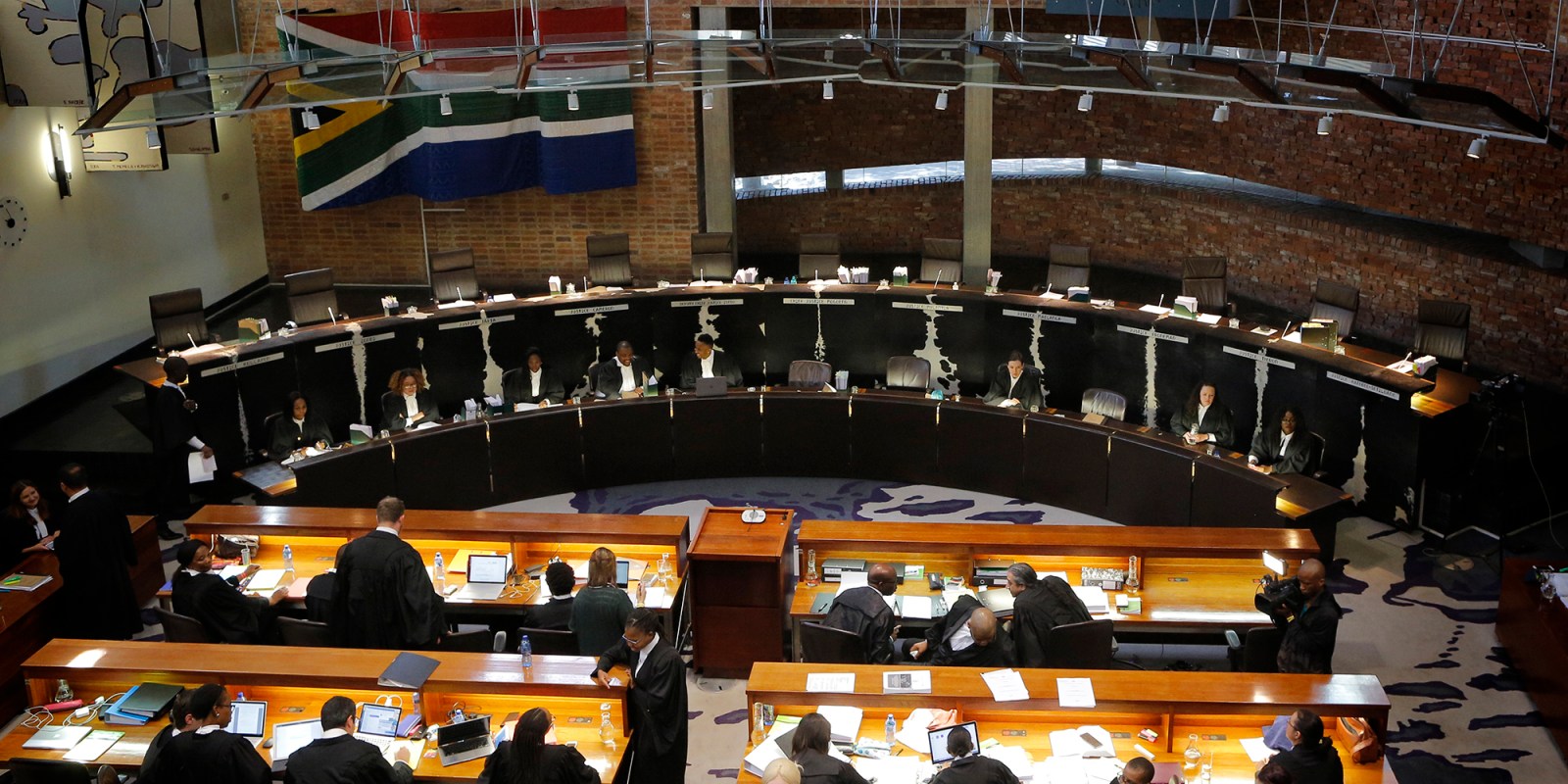 It’s not often that you get an opportunity for a do-over, especially after your engagement in a process televised across the country is heavily criticised. But this week members of the Judicial Service Commission will have just such an opportunity as they reinterview candidates for two vacancies at the Constitutional Court.

Dianne Hawker is a news editor at Newzroom Afrika and has been working as a legal journalist for 15 years.

In April the commission conducted the same interviews and within weeks of releasing its shortlist was taken to court for a flawed process. The recommended candidates were Judge Fayeeza Kathree-Setiloane, Judge Jody Kollapen, Judge Rammaka Mathopo, Judge Mahube Molemela and Judge Bashier Vally.

The Council for the Advancement of the South African Constitution (Casac) called the process irrational and arbitrary, especially criticising the process of deliberations where five candidates were selected for consideration by President Cyril Ramaphosa.

“Within minutes of the commencement of deliberations, the Chief Justice presented a list of five judges. He did not explain why this was not done by the Judicial Service Commission (JSC) as a whole. Nor did he explain whether or not he had discussed it with any other member of the JSC, if so whom. Egregiously, he did not explain why these candidates were chosen,” Casac executive secretary Lawson Naidoo says in court papers.

The JSC opted not to fight the case and according to its spokesperson, advocate Dali Mpofu, this is by no means an admission of guilt but rather an attempt to ensure that crucial vacancies at the court are filed timeously.

Now the JSC will redo the interviews on Monday before continuing to interview candidates for positions at the Competition Court, the Electoral Court and various high courts. The session will last five days, from 4 to 8 October.

“If the situation was caught up in litigation, that could take two years or three years and therefore we thought the most prudent thing would be to do this and get it over with, rather than fighting a case that we can win or lose on appeal,” Mpofu said.

“It’s the court that would suffer. Even if we were to win the case, that win will be empty because the court will remain with vacancies. So we had to think bigger than the narrow level of the merits of the case.”

Mpofu says the commission doesn’t have any specific plans to do things differently.

“I don’t think we will discard what was said before. It will more or less be up to the commissioners. The reason that we did this is really because it is in the interest of the Constitutional Court for these vacancies to be filled. It’s not so much that we thought the challenge was valid or not valid,” he said.

However, the commission does appear to be making sure it dots its procedural i’s and crosses its t’s as it held an orientation for new members of the commission.

The orientation was originally meant to be conducted before the April session but was not done because of Covid-19 concerns. Another notable difference is that this session will be chaired by acting Chief Justice Raymond Zondo, as Chief Justice Mogoeng Mogoeng remains on long leave.

Judges Matter researcher Mbekezeli Benjamin says the induction is a step in the right direction, but the commission should also spend time working on clear criteria for the appointment of judges.

“What we hope is that this time around they will have a little bit more focus. There is a long-standing issue that we raised with them that there is no written criteria with which they interrogate candidates. That’s the primary cause of why the questions stray too far out of what is expected to be relevant in an interview like that. There doesn’t seem to be any movement from the side of the JSC on that,” Benjamin said.

It’s an issue that Casac is also concerned about, saying in court papers that the commission should have fleshed out appointment criteria “which can be considered by each candidate and each commissioner”.

“As far as I could ascertain, there are no such appointment criteria or guidelines. This results in a situation where each commissioner can use the interview to pursue their own goals, unrelated to the purpose of testing the eligibility of the candidate. This is also unfair to the candidates because they do not actually know in advance, beyond the constitutional benchmark, what factors will be used and how each factor will be evaluated in respect to their application,” Naidoo said in his affidavit in the case brought against the JSC.

At present, JSC interviews are a mishmash of legal and political questions which don’t always speak directly to the role the candidates hope to take up.

This is partly due to the composition of the commission, which contains members of the judiciary, members of the legal profession, members from the academic profession as well as representatives from political parties selected from the National Assembly.

In the previous interviews held in April, Judge Dhaya Pillay was criticised by commissioner Julius Malema for her long-standing association with Minister of Public Enterprises Pravin Gordhan. Pillay said there was nothing untoward in her relationship with Gordhan, who said they had known each other since the anti-apartheid struggle. Despite initially being on the list of those to be reinterviewed, Judge Pillay has chosen not to participate in this round of interviews.

Judge David Unterhalter also experienced a tough interview as he was questioned about his association with the Jewish Board of Deputies. Unterhalter had resigned from the organisation just days before the interview, a move questioned by some on the commission.

Others questioned why Unterhalter should be given a seat after serving as a high court judge for only three years. Casac noted that this is not a valid criteria for exclusion from the position since it does not appear in the Constitution or any legal framework.

Judge Fayeeza Kathree-Setiloane also had a difficult interview and was asked about whether she worked well with junior colleagues. Despite this, she was among those initially recommended. DM