No Covid relief for thousands of children’s centres 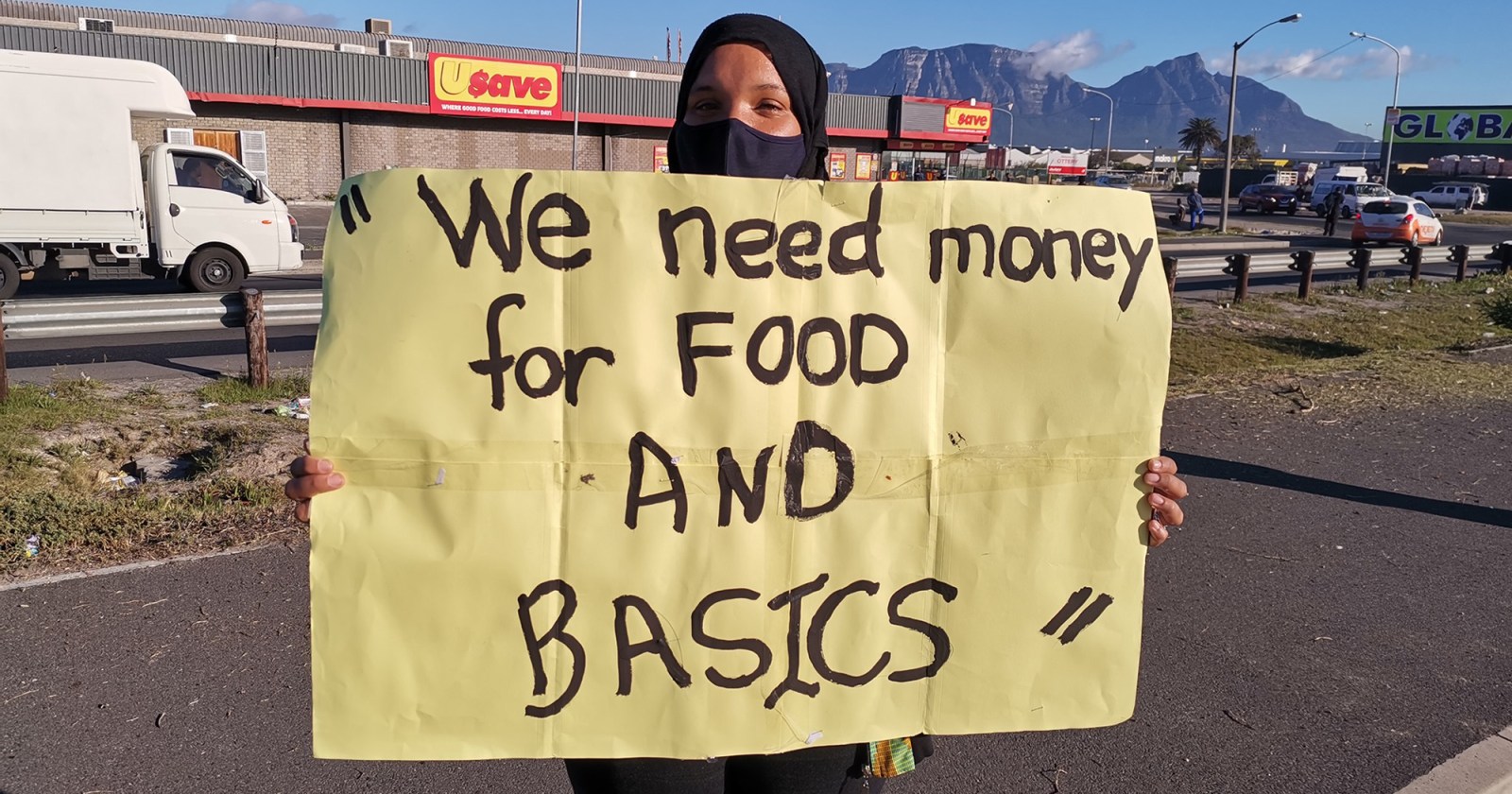 The Centre for Early Childhood Development organised a nationwide protest between 12 and 14 May to pressure the Department of Social Development into paying out ECD Relief Funds after they missed the 31 March payment deadline. (Photo: Supplied)

Less than 25% of funds have been paid out, according to an education academic, while people accuse the national department of being hopelessly uncommunicative.

“The national Department of Social Development’s (DSD) early childhood development stimulus relief fund is a case study of how not to implement and roll out an emergency relief fund,” says Yusrah Ehrenreich of the Centre for Early Childhood Development.

Thousands of ECD centres that applied to the relief fund are still waiting for a response, for a payout or simply a verification of their application.

But many in the sector said the online application process was a bureaucratic nightmare. The deadline for applications was extended to allow those struggling with the process to complete their applications.

In May, people working in the sector went on a three-day national protest over what they said was the “appalling and virtually non-existent roll-out of the employment stimulus relief fund”.

At the time, DSD spokesperson Lumka Oliphant said the payment delay was largely due to errors made by applicants giving incorrect ID numbers for staff and incorrect bank details.

But the ECD sector accuses the DSD of failing to communicate.

“It’s a disaster. The system is faulty, and it was never user-friendly in the first place, especially for the poorest ECD centres. … Centres have closed down, people have lost their jobs but the national DSD is not saying a word,” said Ehrenreich.

She said her organisation had sent numerous emails and made numerous calls to the DSD but there has been no response.

Jennifer McQuillan, of ECD Owners of SA, said the sector had been one of the hardest hit by the pandemic and continues to be undervalued and ignored.

“It’s a great shame that we need to, after all this time, plead with the DSD to verify ECD centres so that they can receive their promised stimulus relief funding. This funding could and often does mean the difference to an impoverished centre being able to operate or permanently close.

“Centres do not know whether they have been approved or not. Contact details provided to check verification are mostly not working,” said McQuillan.

Angel Ubisi, who runs an ECD centre in Daveyton, Gauteng, said she opened the Joyful Centre three and half years ago and takes care of 15 children aged three to five.

“Smart Start [an early learning social franchise] applied on our behalf for the stimulus relief fund back in February. So far the only feedback we have received from government is that my application has been received. This was about three months ago.

“The stimulus relief fund would really help me because as an NPO I am struggling at the moment financially. Even though I welcome school fees, not all parents can afford it, so some of the children don’t pay anything.

“I would use the stimulus relief fund money to extend the centre, buy food, more furniture, stationery and hire someone to assist with the cooking and cleaning,” said Ubisi.

She said her sister was helping her now to keep going. She receives a R500 voucher from Smart Start every month to buy groceries. She uses the school fees she receives to buy stationery.

Western Cape MEC for Social Development Sharna Fernandez said the province is not allowed to process payments without the national department verifying and approving the funding. This is causing the delay.

She said she has on more than one occasion written to Minister Lindiwe Zulu.

“The system has proven to be dysfunctional,” said Fernandez.

Colleen Horsewell-Daniels, of the C-19 People’s Coalition ECD and Basic Education Working Group, said, “The President gave this allocation in October last year and the Minister has been very lethargic implementing the payments. Lots of crèches have closed down, people are unemployed and their debt has risen, because they were banking on that money to assist them.”

According to the province, of the 3,159 Western Cape ECDs that applied, approval of only 1,120 has been received from the national department.

Eric Atmore, who is in the education department at Stellenbosch University, called the national DSD “uncaring” and “incompetent”.

“Around 110,000 ECD teachers, mostly women, have been treated disrespectfully by incompetent DSD officials. These women, who care for and educate South Africa’s 2.3 million preschool children each day, have suffered trauma as a result of incompetence and blatant disrespect for the work that they do.

“In the first instance, DSD could not put together a coherent ECD plan to spend the full R1.3-billion announced by the President in October 2020, and R712-million was lost to National Treasury. Subsequently, less than 25% of the R496-million allocated for the ECD workforce, has actually been paid over. DSD has failed our ECD workforce and the children we work with,” said Atmore.

GroundUp has tried all week to get a comment from national department spokesperson Lumka Oliphant. DM