Hero to zero: The Rwandan hotelier who saved 1,200 Tutsis from death now needs his own saviour 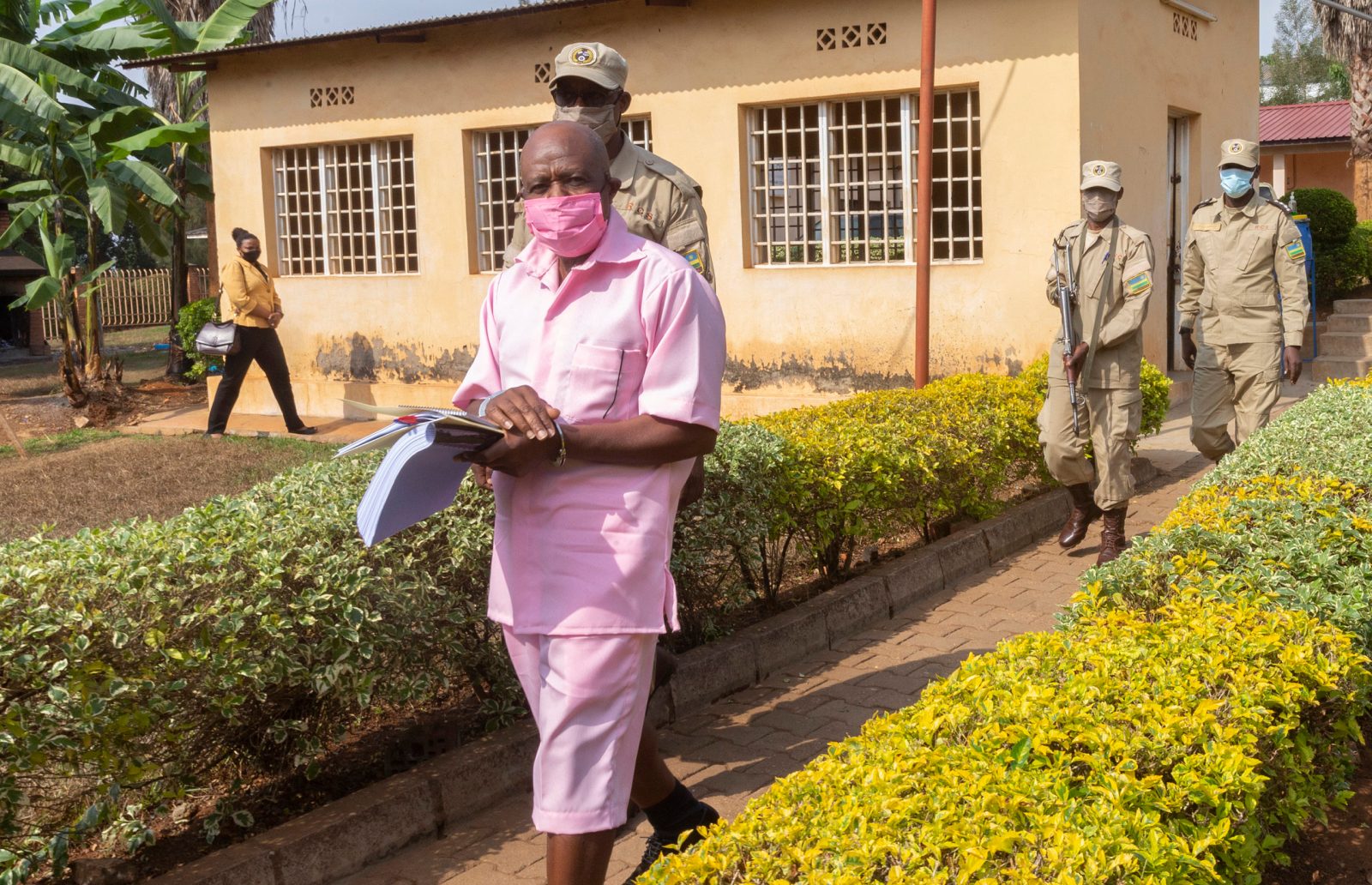 Paul Rusesabagina, whose actions were celebrated in the movie Hotel Rwanda, has been sentenced to 25 years in prison. His family says that, unless foreign powers intervene, the 67-year-old will die in jail.

The only hope of freedom for Paul Rusesabagina, the hotelier who heroically saved the lives of some 1,200 people during the 1994 Rwandan genocide – but who has now been accused of terrorism –  seems to lie in pressure from the international community.

Rusesabagina, whose actions were celebrated in the movie Hotel Rwanda, was convicted in Kigali this week of forming a terrorist group and sentenced to 25 years in prison. His family and lawyers don’t know if he is aware of his sentence as he has been boycotting his trial for months. But they said that, unless foreign powers intervene, the 67-year-old would die in jail.

The first attempts to exert international pressure did not begin well this week. Rusesabagina is a Belgian citizen and Belgium’s foreign minister and deputy prime minister Sophie Wilmès broke her country’s long silence on the case to say that he “did not benefit from a fair and equitable trial; particularly with regard to the rights of the defence”.

“The presumption of innocence was not respected either. These elements de facto call into question the trial and the judgement.”

Rwandan President Paul Kagame’s government reacted angrily by cancelling a scheduled meeting between its foreign minister and Wilmès on the margins of the United Nations General Assembly meeting in New York.

Kigali said that Wilmès’s statement reflected Belgium’s contempt for the Rwandan justice system since the start of the trial.

Rusesabagina’s family and lawyers nonetheless continue to pin hopes on Kagame being persuaded by friendly foreign governments that his carefully constructed international image will be ruined if he does not free Rusesabagina on humanitarian grounds.

Unusual criticism came from the US Biden administration, which said: “The reported lack of fair trial guarantees calls into question the fairness of the verdict.” There was also criticism from the European Union (EU), the US Congress and the Belgian and European parliaments. The EU hinted at possible sanctions by its member states in its reaction to the verdict this week.

Rusesabagina’s supporters also think international financial pressure could budge Kagame as Rwanda is dependent on foreign aid – which constitutes about 60% of its gross national income – to finance much of its government spending.

During the genocide, Rusesabagina – an ethnic Hutu – managed the Hotel des Mille Collines in Kigali and sheltered about 1,200 Tutsis and moderate Hutus against marauding Hutu death squads. In 2005, US President George W Bush gave him the Presidential Medal of Freedom for his heroism.

After the genocide, Rusesabagina – like so many others – gradually became disillusioned with Kagame’s increasingly autocratic government. He went into exile in Belgium and then the US and became a vocal critic.

In August 2020, he was tricked by a trusted cleric to get on a private chartered aircraft at Dubai airport, thinking he was flying to Burundi. Instead, the plane – chartered by the Rwandan government – returned him to Kigali. There he was put on trial for helping to form and finance the National Liberation Front, an armed group held responsible for killing, looting, arson and assault against civilians in Rwanda.

In her ruling this week, Judge Beatrice Mukamurenzi cited a 2018 video in which Rusesabagina says that “the time has come for us to use any means possible to bring about change in Rwanda, as all political means have been tried and failed” as evidence of his guilt.

But Rusesabagina’s lawyers said that the prosecution had provided no proof of his direct complicity in the National Liberation Front and claimed that evidence of his alleged funding of the organisation had been forged.

At a press conference in Brussels this week, Rusesabagina’s eldest son, Roger Rusesabagina, said that there was no hope of justice for his father in Rwanda and, unless the international community intervened, he would die in jail.

One of his lawyers, Kate Gibson, said it was extraordinary that, after a year in which basically only Rusesabagina’s legal team had been criticising the trial, they were now hearing echoes from around the world. “There’s no one who’s mentioned Rusesabagina’s name this week without saying … unfair trial in the same breath.”

Gibson said everyone was now saying what the lawyers had been saying: that the verdict could not stand because of the violation of Rusesabagina’s legal rights. These included his illegal abduction to Rwanda, torture in prison, solitary confinement and denial of access to his lawyers.

Gibson said that the lawyers could not say what their next legal step would be, mainly because they had no access to Rusesabagina. They did not know if he knew that he had been convicted and sentenced. As such, they did not know yet if Rusesabagina intended to appeal.

“But we are pulling on many other different levels outside Rwanda,” Gibson said.

“We currently have complaints and filings in front of the UN Working Group on arbitrary detention, the Special Rapporteur [on] Torture; we’ve filed a complaint in front of the East African Court [of Justice]; and there are proceedings going on in the US against the US company that was used by the Rwandans, paid for by the Rwandans to illegally kidnap and transfer Paul back to Rwanda.

“So there are many other legal avenues that we as a team are pursuing outside of the Rwandan justice system,” she said.

Another member of the legal team, Peter Choharis, made it clear that Rusesabagina’s supporters would not relent in their lobbying for international pressure to campaign for his release, pending the outcome of the legal processes.

These legal avenues presented “no reasonable hope for reversing this injustice”, he said. “Even if by some miracle – and there won’t be a miracle – the verdict were reversed, there would be a new trial.” He suggested the outcome would be the same.

Choharis instead pinned Rusesabagina’s hope for freedom on diplomatic pressure and persuasion.

He said Kagame was not a leader who isolated himself. He was due to host and chair the next Commonwealth Heads of Government Meeting, which has twice been postponed due to Covid-19.

He would also attend the next G20 summit next month, and he regularly attends the World Economic Forum summits in Davos and various other meetings and organisations.

“And so those people, his allies, his friends, his confidants, his peers, are going to have conversations with him. Those have already begun or will begin shortly. He has a lot of friends who want to see him succeed, who want to see Rwanda succeed.

“And I believe they will convince him of the truth, which is that that can only happen if he rectifies this by making a humanitarian gesture to release Paul and allow him to come out.”

But as we saw this week after Belgium’s criticism, foreign governments will have to prepare for a long haul. DM168