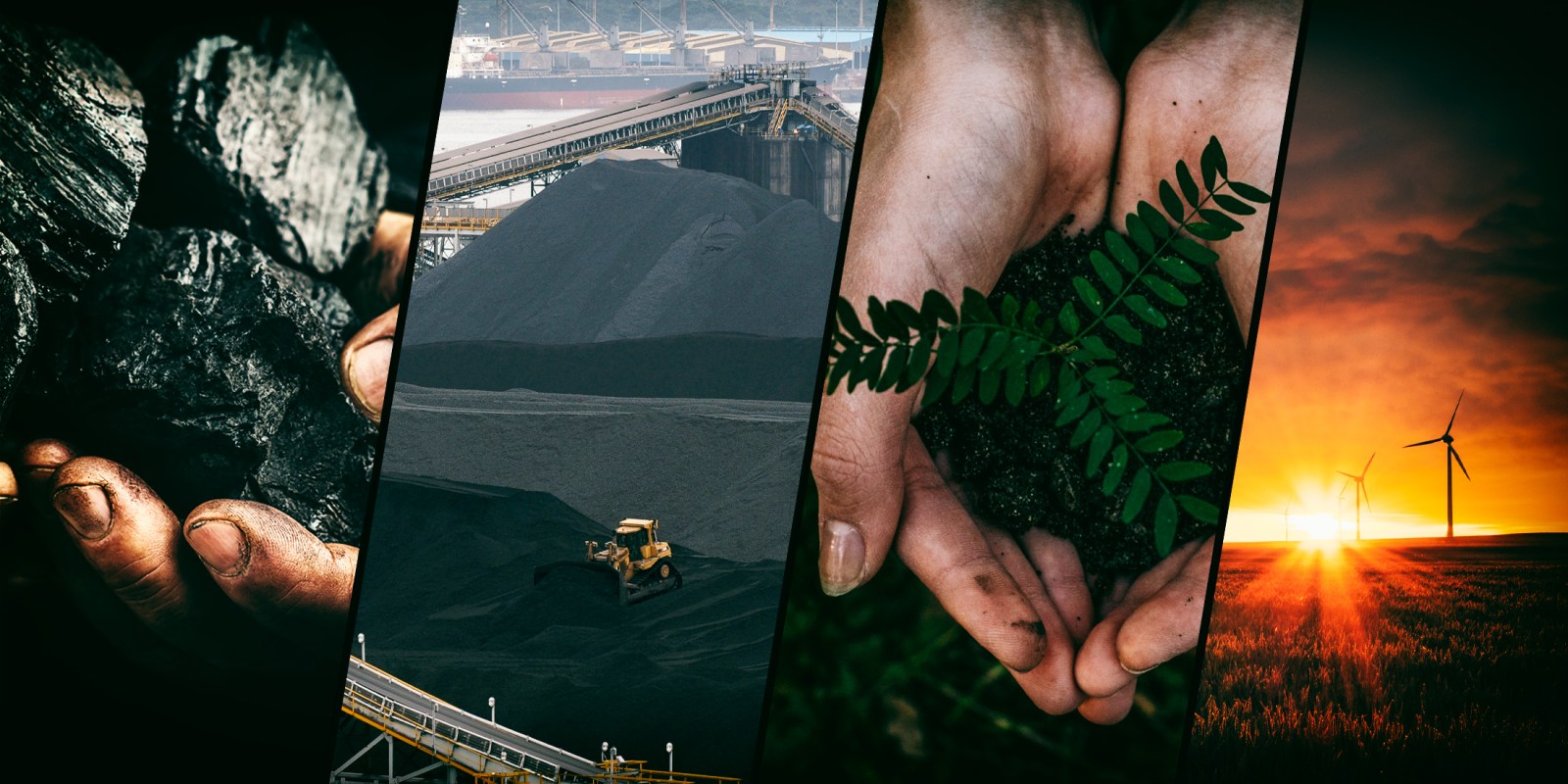 A new study by Meridian Economics details a plan to finance the accelerated retirement of Eskom’s coal power plants, aligning South Africa with its climate ambitions and heralding a system-level change in how South Africa is powered.

As you read this, we are nearing a future where we talk of the behemoth Medupi and Kusile coal power plants not only as monumental blunders in foresight and forethought, or as feeding troughs for the corrupt. Instead, they might (relatively) soon come to be seen as the last remnants of a dirtier past — the last coal power plants built in South Africa.

This is what could happen should Eskom, the South African government and relevant stakeholders choose to make the multibillion-rand Just Transition Transaction (JTT) “coal retirement” mechanism proposal materialise.

The release of the study coincides with the G4 and EU climate envoys visiting South Africa, looking for an agreement with Eskom. Meridian’s study says “the primary counterparties to a JTT would be key developed country governments, on the one hand, and the South African government, on the other.

“It is envisaged that a respected, multilateral climate finance institution, such as the Climate Investment Funds, would act as a key financial intermediary and provide broad coordination support.”

In a nutshell,  Meridian’s study envisions a plan where South Africa is financially incentivised to accelerate its carbon mitigation efforts and reduce its greenhouse gas emissions through a just transition.

The JTT, the authors explain, is a “prototype multilateral, ‘transition finance’, or ‘coal retirement’ mechanism.” It “aims to secure an accelerated, Paris-aligned, well-managed, affordable and just energy transition for South Africa’s power sector and affected communities”.

The JTT is a system-level intervention laying out how South Africa — specifically Eskom — can be incentivised to accelerate decarbonising electricity generation in the country so as to fall in line with the goal of keeping global heating to below 1.5°C  — the tipping point at which humanity can begin to expect seeing the worst and irreversible impacts of “dangerous climate change”.

Already, the drought in all three Cape provinces have been declared a national disaster, while the unprecedented, record-shattering rainfalls, flooding and heatwaves attributed to climate change in the northern hemisphere have led to the World Meteorological Organisation referring to their hemisphere’s “summer of extremes”.

Carbon dioxide is the main driver of global heating, and burning coal for energy generation is the single largest contributor to carbon dioxide emissions being released into the atmosphere in South Africa. Eskom’s dirty habits alone emitted 45% of the country’s greenhouse gases in 2020.

According to a report by Trade & Industrial Policy Strategies — a research organisation that facilitates policy development — the coal value chain accounted for 60% of South Africa’s greenhouse gas emissions.

At its most basic, the JTT is a proposed mechanism through which nearly half of the emissions of South Africa — the 14th-largest contributor to global greenhouse emissions — can rapidly be reduced and eventually ended.

In this new decade of living dangerously, where there seems sparse agreement over even shared concerns of global relevance, the announcement portends the potential materialisation of catalytic change in how South Africa is powered.

In a nutshell, the proposed transaction framework will be aimed at:

Daily Maverick previously reported that only three of the world’s developed countries are meeting their climate finance obligations, according to a study by the independent think tank, Overseas Development Institute.

Another study by Oxfam found that developed countries’ pledges to provide $100-billion of annual financing, made more than a decade ago and seen as key to unlocking upcoming climate talks, are unlikely to be met even five years behind target.

“In terms of the transaction framework,” the Meridian study notes, “South Africa will adopt an accelerated, Paris-aligned decarbonisation pathway for its power system, delivering measurable additionally mitigated tonnes of carbon dioxide in comparison with its current policy and decommissioning trajectory.”

According to a recent report by the Presidential Climate Commission, based on South Africa’s energy blueprint — the Integrated Resources Plan 2019 — “10,500 MW of electricity from coal will be decommissioned by Eskom. This includes the Komati, Hendrina and Grootvlei power stations.”

“Such a pathway will enable the country to achieve the highest level of ambition expressed in its Nationally Determined Contribution (NDC), and put the net zero by 2050 aspiration of its Low Emissions Development Strategy within reach,” say the authors of the Meridian study.

Less than a week ago, Cabinet announced that the country’s updated NDC will soon be deposited with the United Nations Framework Convention on Climate Change. The NDC represents South Africa’s contribution to global efforts to reduce greenhouse gas emissions and mitigate climate change.

“More ambitious achievement will require significant multilateral financial support and technological transfer. Discussions in this regard are ongoing with a range of governments and financing institutions,” the department said.

To meet the bottom of the NDC’s target range, South Africa will have to “guide and mobilise society to overcome significant political, financial, technical and social challenges arising from its accelerated decarbonisation commitment”, reads a section of the Meridian study.

“To overcome these challenges, the South African government will receive a large, highly concessional, debt financing package, to be incrementally drawn down in tranches over several years. Without the level of support envisaged in this JTT proposal, South Africa is unlikely to deliver its full power sector decarbonisation potential.”

Eskom, in August this year, said it “reduced its gross debt by R81.9-billion, a 16.9% reduction, to an outstanding debt of R401.8-billion”, adding that “the organisation’s debt remained unsustainable”. At the time, Eskom said it had so far secured R16.2-billion of its R41.6-billion funding requirement for the 2022 financial year.

The authors of the Meridian study continue: “Central to the transaction is the agreement by the counterparties of a value (in dollars per tonne) that will be granted to South Africa for its accelerated carbon mitigation achievements. The eventual total concessionality (support element) of the financing package will be determined by South Africa’s actual delivery of carbon mitigation.”

The report continues that “South Africa could take out loan finance nominally at the market rate (currently around 5.5%). However, instead of fixed annual interest payments, the interest payment profile could be shaped to match South Africa’s ability to deliver CO2 savings”.

Beyond accelerating the decarbonisation of electricity generation in the country, the JTT also seeks to “accommodate the real-world challenges of managing a decarbonising coal-based power system in South Africa”. 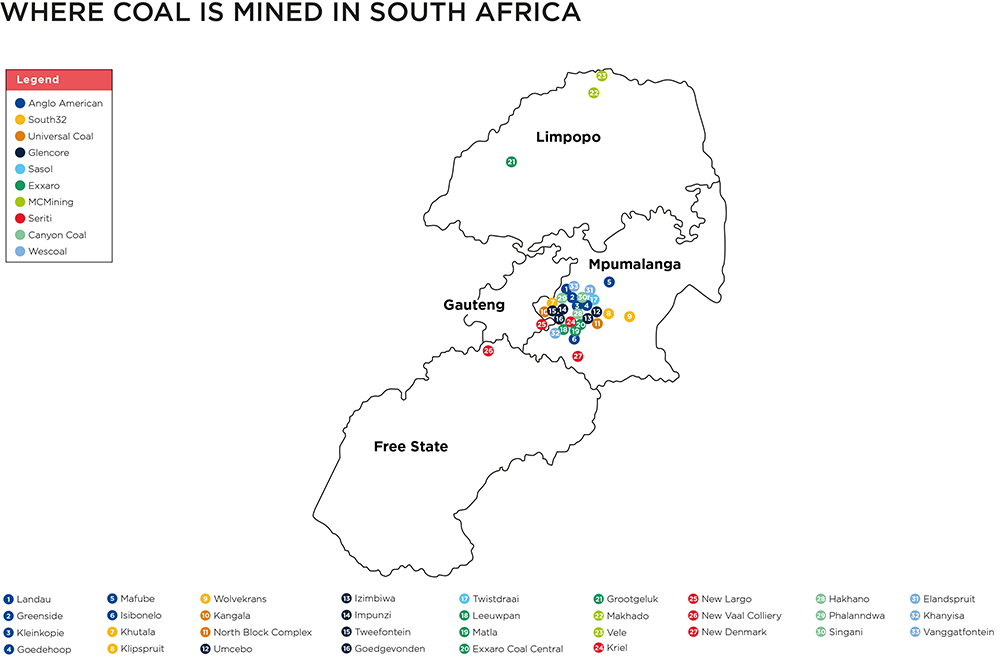 How, in a country with an official unemployment rate of 32.6%, one of the highest Gini coefficients in the world of 0.625 and where a full half of its population live below the national poverty line, can we afford to go down a path that will affect the livelihoods of the 200,000 people employed along the coal value chain?

Embedded in the JTT design is the earmarking of a portion of the value raised for a Just Transition Fund.

“A proportion of the concessional value is allocated to this fund as an annuity over the loan term, providing catalytic funding to crowd in other public and private sources of finance to support coal workers and affected communities and assist in developing an alternative economy for Mpumalanga.”

The authors expand on this, saying that “to further support the Mpumalanga region, a portion of the renewables build programme could be specified to occur in this province, which is favourable due to the province’s close proximity to existing grid capacity and large-scale transmission infrastructure.

“This investment would then provide an anchor upon which to stimulate a wealth of new opportunities in value chain activities related to a new, greener economy,” it reads. OBP/DM