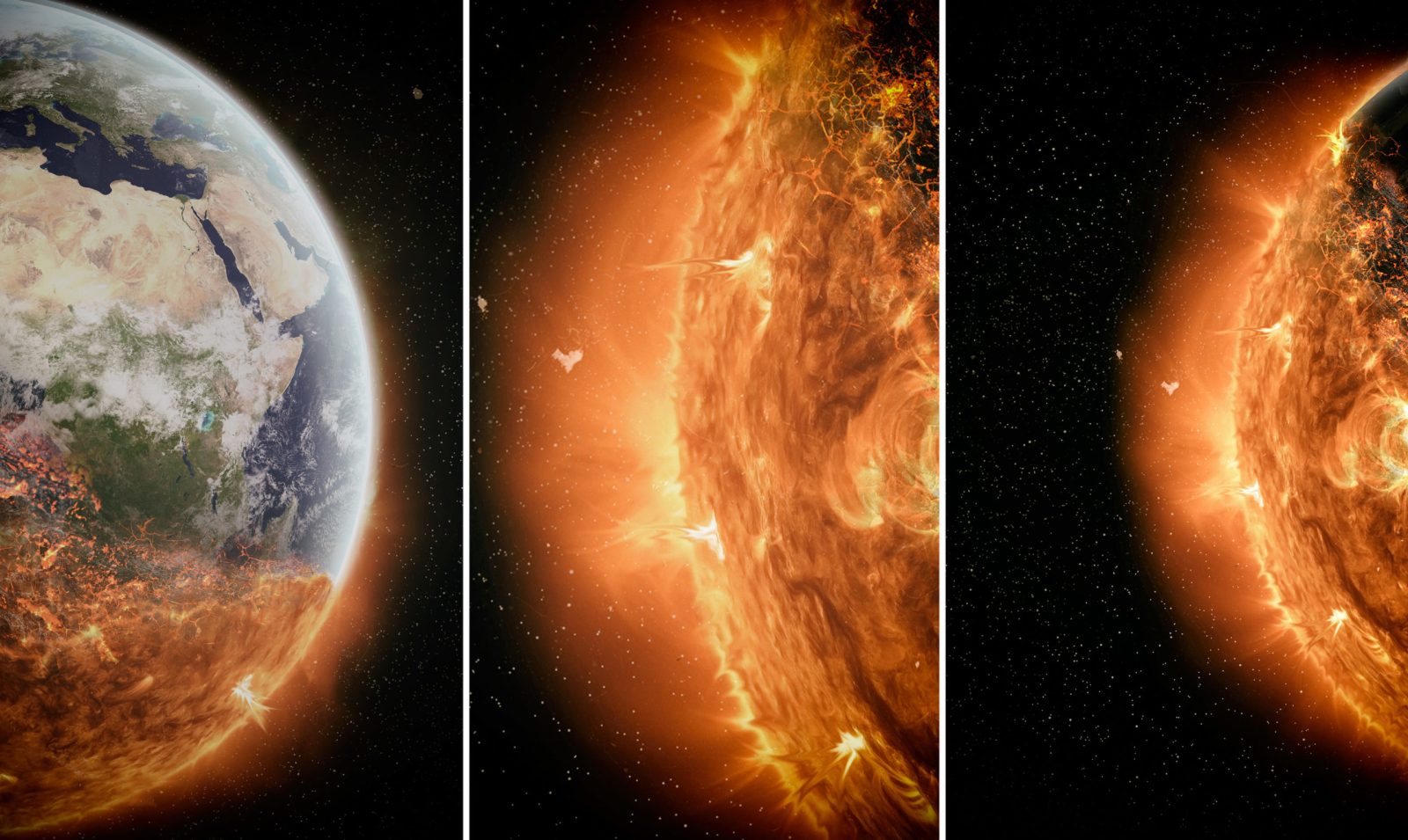 The Intergovernmental Panel on Climate Change (IPCC) Assessment Report Six Working Group I report was released last week and has been described as a ‘code red’ for humanity. The report makes it clear that climate change is widespread, rapid, intensifying and unprecedented in thousands of years. The requirement for climate stabilisation is immediate, strong, and sustained reductions in greenhouse gas emissions. Here we examine the report through a southern African lens, and as two South African lead authors of the report, identify five messages key to the southern African region and its people.

Humanity’s delay in taking strong climate change action, that is, in drastically reducing greenhouse gas emissions, means that dangerous thresholds of global warming may soon be exceeded. The report gives as the best estimate value of global warming to date the value of 1.1°C — precariously close to the thresholds of 1.5°C and 2°C that define “dangerous climate change”.

Note in this regard, that the “Long Term Global Goal” of the Paris Agreement on Climate Change is to restrict global warming to values well below 2°C above pre-industrial levels, preferably to below 1.5°C. These thresholds are directly informed by the physical science base of climate change; above these levels aspects of climate change become increasingly dangerous in terms of impacts, while aspects such as the melting of large ice sheets may become irreversible with costly risk consequences for coastal infrastructure.

The report assesses that under strong and immediate climate action, with deep cuts in CO2 emissions in the 2020s, followed by continued mitigation to achieve net zero emissions by 2050, it is likely that the 2°C threshold will not be exceeded. However, even with these best-effort mitigation efforts, it is more likely than not that the 1.5°C threshold will be exceeded by a small margin. The report further assessed that crossing of the 1.5°C threshold may likely occur in the early 2030s (as defined in terms of the midpoint of 20-year averages of the global surface temperature). This is a sobering finding: it means that we are probably already living in the first 20-year period that will have an average temperature of 1.5°C above the pre-industrial temperature.

The report details that climate change, including changes in extreme weather events, can already be detected in every region of the world. Southern Africa is no exception. The immense human tragedy of tropical cyclone Idai in March 2019 (more than 1,300 people lost their lives in Mozambique, Zimbabwe and Malawi), the infamous Cape Town “day zero” drought of 2015-2017 and the 2015/16 El Niño drought in the interior (the 2015/16 El Niño is the strongest ever measured) are all examples of unprecedented climate impacts in southern Africa.

One of the advances of AR6 compared to earlier IPCC assessments is the great deal of detail available in terms of regional climate change. This includes an analysis of the likely changes in the climate of the southern African region.

In this respect, the assessment has not changed compared to previous assessments: southern Africa is likely to become generally drier, in fact, reductions in precipitation can already be detected. Periods of drought are projected to occur more frequently already at 1.5°C of global warming, and more so as the level of global warming increases. It has also long been known that the region is warming drastically, at about twice the global rate of warming.

Further strong regional warming with associated increases in heat wave events will continue to occur for as long as global warming continues. This points towards significant future challenges in terms of adaptation in the region (to be assessed in the upcoming Working Group II (WGII) report; keep an eye on its release in February 2022): when a region that is naturally warm and dry becomes warmer and drier, the options for adaptation are limited.

Carbon dioxide is the main driver of global warming, so it is also the most effective lever to reduce and later reverse it. The IPCC assessment shows that limiting global warming to the temperature threshold of 1.5oC is still possible, but requires that all countries achieve net-zero emissions within a calculated remaining carbon budget by mid-century.

Maintaining the global temperature below 1.5°C then requires negative emissions that remove CO2 from the atmosphere in the second half of the century to offset the delayed warming impact of historical emissions and any small overshoot above 1.5oC. Both are audacious, but necessary to stabilise global and regional climate to avoid dangerous climate change, and partially reverse ocean acidification.

Net-zero emissions and the remaining carbon budgets are science-based policy metrics derived from a planetary physics relationship between warming and cumulative CO2 emissions, which is largely controlled by the ocean. This relationship is the basis for two fundamental ideas that are critical to stabilising climate.

First, that every ton of CO2 that we emit adds to global warming: this leads to the corollary that if we stop emitting, then temperature stops rising, which is the basis of the net-zero concept. Second, it allows us to calculate with confidence the amount of carbon that can still be emitted and remain below the 1.5°C target. Both net-zero and the remaining carbon budgets are necessary to achieve and sustain the global surface temperature below a given threshold.

South Africa is globally one of the top five countries in terms of carbon emitted per unit of energy. To meet net-zero global objectives, the challenge will be to transform its carbon-intensive economy, and simultaneously meet its development needs and objectives through a just transition. It is both an enormous challenge and an unprecedented opportunity for the modernisation of the country.

However, reaching net-zero by 2050 by cutting emissions is not sufficient.

To ensure that global warming remains below the 1.5oC level until the end of the century and beyond, the IPCC assessment shows that an additional global-scale intervention beyond net-zero emissions is necessary: the active reduction in atmospheric CO2 through negative emissions. Negative emissions through carbon dioxide removal (CDR) reduce the amount of CO2 in the atmosphere to reduce global surface temperatures and begin to reverse ocean acidification.

The global challenge is that at this stage it cannot be done at the required scale. While there are several promising technologically intensive CDR approaches with large-scale potential on land and in the ocean, at this stage, all are at an early conceptual to pilot-scale level of readiness.

There will be no single approach that will solve the negative emissions challenge globally. Linked to these methods will be land and ocean observational technologies and remote sensing to assess the effectiveness of the integrated global effort. CDR is likely to drive a new wave of global science and technological innovation and South Africa needs to make sure that its institutions are not left behind.

Opportunities range from no-regrets approaches such as restoration of soil carbon in agriculture, restoration of ecosystems, particularly wetlands, to more technologically intensive geochemical methods, bioenergy with carbon capture and storage as well as direct air capture. These options to achieve negative emissions are explored in more detail by the IPCC WG III assessment to be released in 2022. DM/OBP