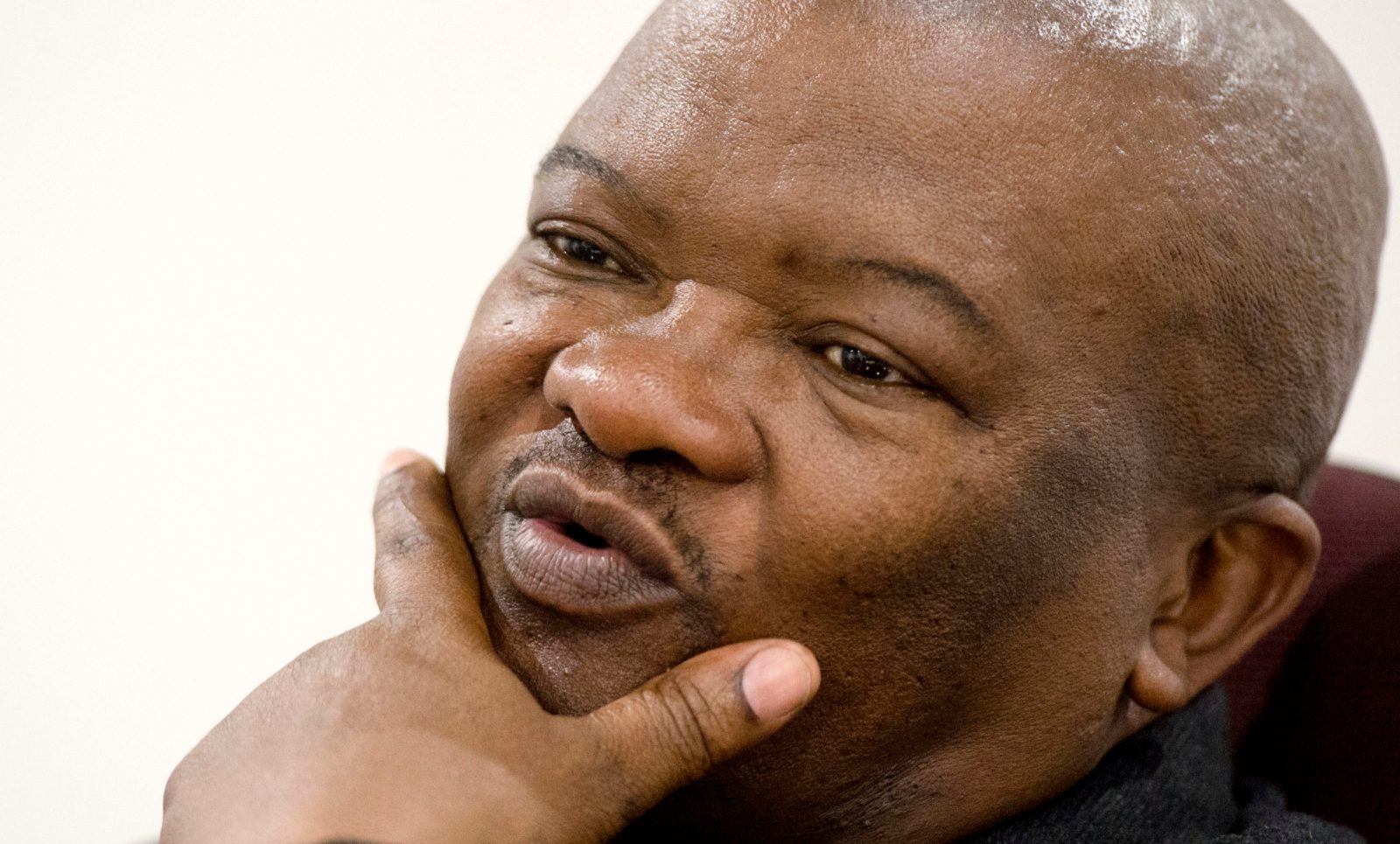 United Democratic Movement (UDM) leader; Bantu Holomisa gestures during an interview on May 03, 2016 in Pretoria, South Africa. Holomisa said the decline of the African National Congress (ANC) should be celebrated because it brings South Africa closer to the true democratic multiparty state that Nelson Mandela dreamed of. (Photo by Gallo Images / Beeld / Herman Verwey)

United Democratic Movement leader Bantu Holomisa says depoliticisation is the key to tackling corruption at local government level. The party, which has seen a steady decline in support since 2004, is contesting its fifth municipal election.

United Democratic Movement (UDM) president Bantu Holomisa is pushing to “depoliticise” the administration of municipalities. Speaking to Daily Maverick via Zoom, the retired general, former Transkei leader and expelled ANC member said conversations around “ideology” were irrelevant at local government level as the primary goal is to ensure people’s access to basic services.

Holomisa — who is “optimistic” about the party’s performance in the upcoming elections — said corruption and the interference of “political heads” in municipal administrative powers worked hand in glove.

“The role of political heads is oversight. They must not be involved in the allocation of tenders or the employment of people”.

The party, which has a strong voter base in the Eastern Cape, is contesting its fifth municipal election.

The party initially opted to forego a formal manifesto launch and released a simple nine-point manifesto online in the first week of September, before the country shifted to adjusted level 2 lockdown regulations.  Titled “The slippery slope since 1994; the disgrace continues”,  it focuses on issues and pledges that include:

“If Zondo or a similar commission were appointed to look at our municipalities, it’s worse than other departments — provincial or national. If you want to talk about corruption, go to local government.”

Holomisa tweeted this week that the party would hold a manifesto gathering at Ngangelizwe Stadium, Mthatha, at noon on Saturday, 2 October.

“We target all the municipalities where we have candidates.”

With regards to metros, Holomisa listed Johannesburg, Ekurhuleni and Nelson Mandela Bay as the party’s targets.

UDM’s Loxolo Namette is currently serving as the deputy mayor of Nelson Mandela Bay, and is the party’s mayoral candidate for the Eastern Cape metro.

In the same province, the UDM is gunning for several municipalities including Mnquma, Elliotdale, Nquza, Mthatha, Mqanduli and King Sabata Dalindyebo (KSD) municipality.

Holomisa said the UDM has not yet identified coalition partners.

The party  negotiates coalitions after election results are released and according to Holomisa, “UDM’s principle is to help the party that had the most support after the vote.”

Although organising the party’s coalition strategy is “always difficult”, Holomisa said the UDM are one of the “masterminds of promoting coalitions”, something they “proved in the metros” during the 2016 elections.

In Nelson Mandela Bay, the party had finished fourth in the previous local government election and secured two seats. They forged a coalition with the DA to emerge as kingmaker.

He noted that the electorate is “fed up” therefore the vote could swing in any direction, hence post-election coalition negotiations are beneficial.

Unlike the EFF, IFP and ANC, the party opted to forego a formal manifesto launch, but released the document online in the first week of September. This was before the country shifted to adjusted level 2 lockdown regulations.

Using the metaphor of tactical decision-making in combat, the retired general said the party had to revert to “plan b” now that its usual strategies were out of reach.

Campaign funds are limited amongst all the parties, said Holomisa, as a result of diminished funding from the private sector due to the economic effects of Covid-19. The party has leaned heavily on social media, flyers and visits to public areas such as taxi ranks to spread its message.

When asked about criticisms that the UDM has lost its relevance in the political landscape, Holomisa said the party’s “obituary” was written in 1997, but it is “still standing”.

Although a smaller party, the UDM has been around for almost 25 years. Holomisa said that since its inception, the party has consistently promoted “good governance” and in recent years, championed anti-corruption.

However, since the 2004 general election, the party’s influence has declined. Nine members were elected to the National Assembly which is five less than in 1999.

Holomisa formed the UDM in September 1997 after he was expelled from the ANC a few years into democracy, having testified before the Truth and Reconciliation Commission about alleged corruption involving prominent ANC member Stella Sigcau and former PM of Transkei chief George Matanzima.

Reflecting on the country’s litigious journey to the local government elections, Holomisa was unapologetic about his suspicions towards the Electoral Commission, referring to their failed court bid to postpone elections as “shenanigans”.

Instead of launching an inquiry and approaching the Constitutional Court, the “best route” was for the IEC to consult the National Coronavirus Council then approach Parliament, he argued.

“Even if it means we would have to amend the Constitution to address this anomaly.”

This is not to say the party was against the postponement of elections but rather was vocal about wanting the election moved to a later date. Holomisa told the Moseneke Inquiry the country should only head to the polls in 2022.

The party had no choice but to “comply with the court’s decision”.

The UDM was one of the parties thrown a lifeline when candidate registrations were reopened this week. Holomisa said the previous 23 August deadline had “disadvantaged” parties such as the UDM who rely on list conferences to select their candidates.

The party had struggled to submit complete lists, particularly in parts of KwaZulu-Natal, Mpumalanga and parts of the Eastern Cape which is their stronghold.

Holomisa blamed the non-submission on glitches in the IEC’s system.

The Commission will publicise the certified candidate lists on 28 September. Unlike other parties, the UDM is not releasing a mayoral candidate list as part of its campaign strategy. DM