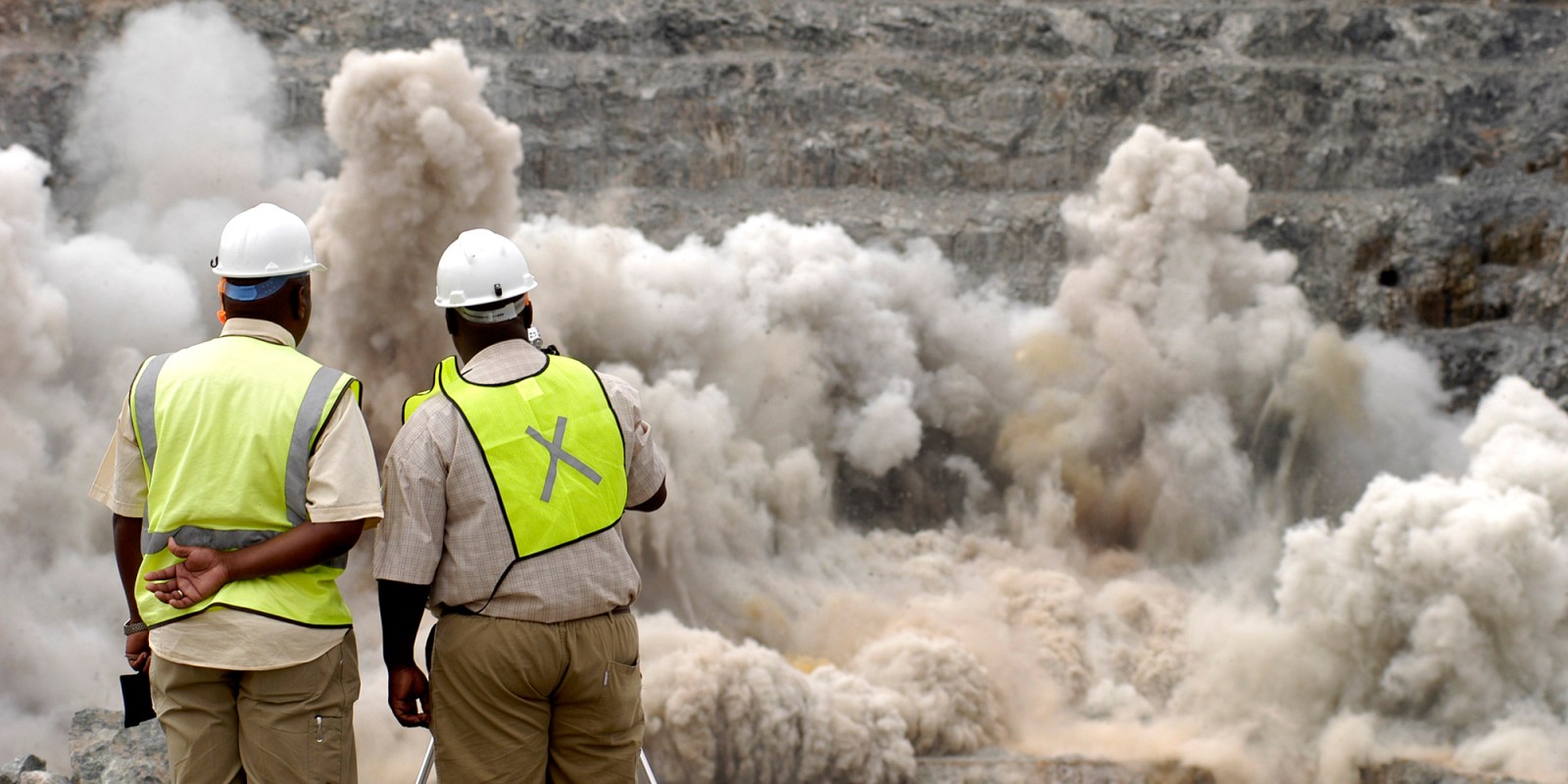 Employees at Potgietersrus Platinum mine during an explosives blast. (Photo: Naashon Zalk / Bloomberg via Getty Images)

The Minerals Council South Africa has welcomed the regulatory certainty it says will emerge from the Pretoria High Court decision this week to set aside some of the provisions in the 2018 Mining Charter. Meanwhile, the Department of Mineral Resources and Energy said it is still studying the judgment.

The Minerals Council – the main industry body for South Africa’s mining sector – said in a statement on Wednesday that it and “its members remain fully committed to the transformational objects of the Mineral and Petroleum Resources Development Act (MPRDA), but the objectives must create policy and regulatory certainty for long term investment and inclusive growth in the sector”.

The provisions set aside in the judgment handed down Tuesday were not, in its view, conducive to investment and inclusive growth, which is why the Minerals Council pursued the matter in court.

One of the key areas of contention was the issue of “once empowered, always empowered”, and on this the court ruled in the Minerals Council’s favour.

“The Minerals Council welcomes the High Court judgment released on Tuesday that the Mining Charter 2018 is a policy document, that the continuing consequences of previous black economic empowerment deals should be recognised and that the specific challenged provisions in the document should be removed,” the Council said.

What it boils down to is this: the mining industry has argued that once a company has met the threshold for black ownership of 26% as laid out in previous charters, or 30% for new mining right applications, that holds – even if the empowerment-holders subsequently sell their stake. There is no sense in having such a stake in the first place if it cannot be transformed into capital.

The government’s view seems to be that such ownership targets remain in perpetuity, so a company would have to keep upping its BEE ownership stakes, often at considerable cost. After a while, the costs are just not worth it. Foreign companies in particular will look askance at such an arrangement and deploy their capital elsewhere. It is just one of the many ways in which the ANC fails to see how the world of capital and business operate.

“The judgment removes the clauses dealing with the renewals of existing mining rights and the transfers of mining rights, compelling companies to top up their BEE shareholdings to the 2018 Charter levels, which would have the effect of diluting shareholders and stifling investment in the sector,” the Minerals Council said.

It also noted the removal of other provisions which were seen as onerous.

“The judgment also sets aside the provisions around procurement of goods and services (especially the capital goods target), and supplier and enterprise development which the Minerals Council argued contained unachievable targets for mining companies to meet, making compliance with the 2018 Charter problematic,” it said.

Big mining companies here often have to buy specialised and very costly equipment from overseas suppliers because the stuff is simply not made here, and all the ANC talk about “re-industrialisation” is not going to change that. Again, it underscores a fundamental detachment from economic reality, or how ANC policies have undermined the manufacturing sector. A 350-tonne truck does not grow on trees.

For its part, the Department of Mineral Resources and Energy (DMRE) said that it, “together with its legal council (sic) is currently studying the court judgement and will communicate further on the matter in due course”.

The last thing the sector – and the wider economy for that matter – needs is for these issues to be endlessly snagged up in the courts. Only lawyers benefit from that, and the taxpayer money that foots the legal bills for the DMRE can surely be put to better use. DM/BM