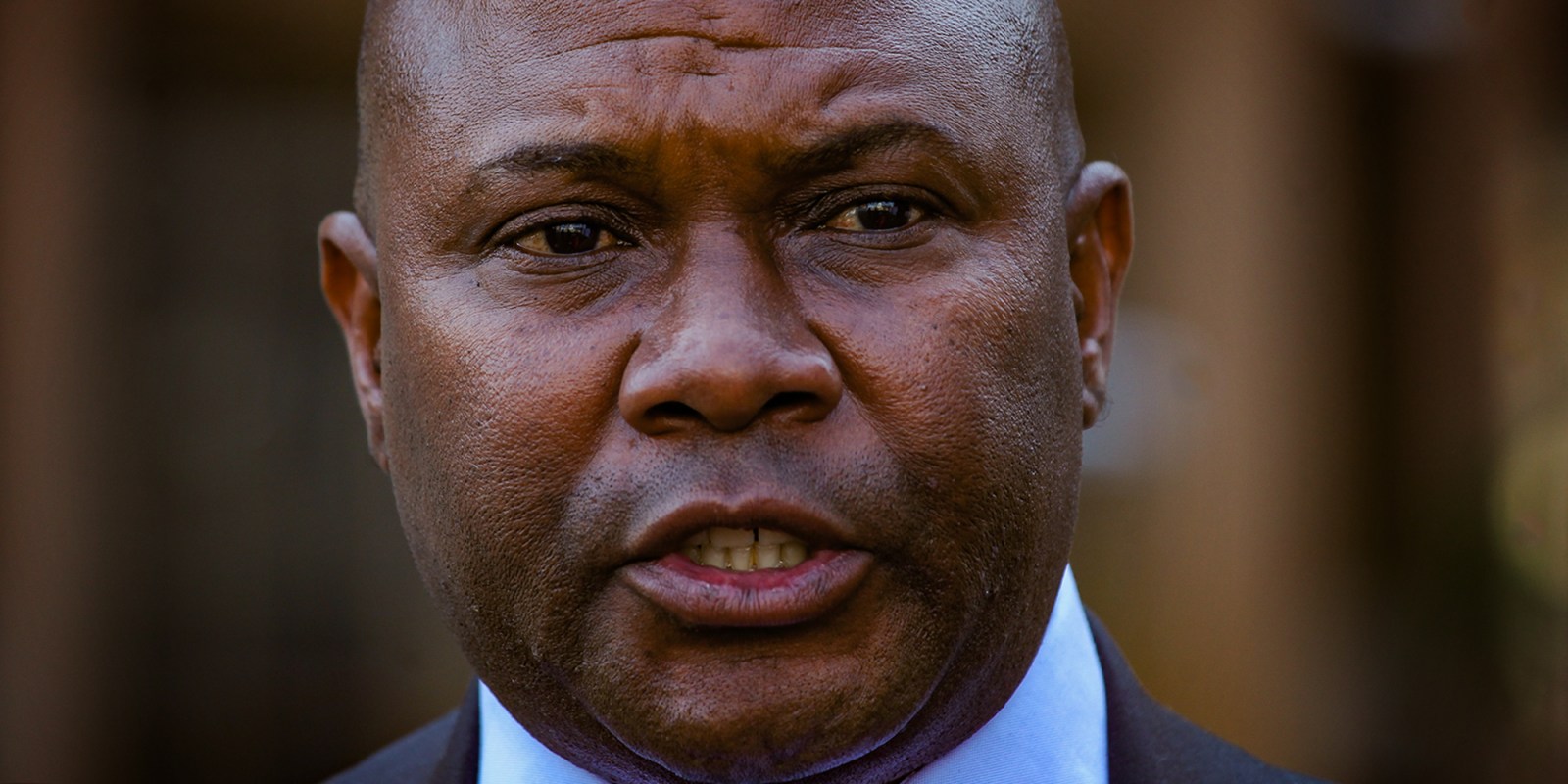 Since hearing of Johannesburg Mayor Jolidee Matongo’s tragic death we have been walking around with questions in our heads: why, why, why? He served with distinction and decorum.

When reflecting on the untimely death of Jolidee Matongo, one is reminded of lines from the Chinua Achebe novel Things Fall Apart:

“He has put a knife on the things that held us together and we have fallen apart.

There is no one for whom it is well.”

For many of us, the news of Matongo’s death was akin to a knife cutting through the things that hold us together, leaving us shattered, in utter disbelief that a diamond that had been so well polished within the Mass Democratic Movement structures and was now shining in a very public manner had seen his life cut short in such an inexplicable manner.

Many of us have been walking around with questions in our heads: why, why, why? We have not been well, even as we have had to carry out the responsibilities that the ANC has given us. Matongo’s death has left many of us numb, with a sense of deep loss and profound sadness that a cadre who was entering his prime has left us.

From his activism and leadership in Cosas, in the ANCYL and in advancing youth issues within the City of Johannesburg Youth Unit, Matongo was a youth activist par excellence, a proud ANCYL product who never missed an opportunity to advocate for the youth and their interests and who always put youth empowerment at the centre of his politics, even in his latter deployment as mayor of the City of Johannesburg.

Matongo was the living embodiment of that overused phrase, “tried and tested cadre of the congress movement”, who served with distinction and decorum in the various deployments the ANC put him in.

Whether it was as chief of staff in the provincial government, ANC spokesperson in Johannesburg, or latterly MMC and mayor in the City of Johannesburg, Matongo never lost his humaneness, his love for people, his humility, his enthusiasm to serve people and make a difference in their lives. Matongo never lost the common touch and was never guilty of the arrogance and haughtiness which so many fall prey to when the movement starts to give them serious responsibilities.

In an era when many bemoan the gap that has opened up between the ANC and society, Matongo’s life reminds us of the importance of staying grounded, of being one with the people, of leading society by serving as opposed to lording it over them, of caring about individuals even as we seek to transform and improve the lot of the collective in society.

Matongo’s life reminds us as revolutionaries that it is important to leave a mark of lives transformed wherever the organisation takes you, because ultimately when all is said and done, revolution is about people and the transformation of lives.

We have lost a comrade, a brother, friend, a confidante, a colleague; truly one of the finest that the ANC has produced. He was a very humble man who never put his ambitions before the organisation. He was a skilled, competent, highly capacitated cadre who contributed to the ANC’s drive to transform society through the state and left an indelible mark on everyone whose life he touched or interacted with.

Joli, your love, honesty and dedication really set you apart from many cadres; you were a true example of cadreship and being “the best amongst us”, you were a leader par excellence. You served the people of Johannesburg with absolute humility, diligence, and integrity. You were not just a leader, but a true role model.

Matongo was a cadre who understood organisational discipline, while at the same time being a true radical who always aired his views and sought to engage those who differed with him within proper organisational platforms, never reducing himself to insults or cheap populism in doing so. He was a cadre of authentic radicalism geared towards transforming and improving the lives of people, not for vainglory or personal promotion.

Your sudden death has left a deep, open wound that won’t heal any time soon, but perhaps over time we will learn to accept and move on. As a revolutionary, you dedicated yourself to the people’s movement and the cause of bringing about a better life for all, shunning all self-glorification and self-aggrandisement, with an attitude best described in Ayi Kwei Armah’s novel, The Beautyful Ones Are Not Yet Born:

We must reflect on the revolutionary life of Matongo, a unifier and peacemaker by nature, by introspecting as an organisation and asking our forefathers, our ancestors to forgive us for the current state that we find our organisation in, with rampant factionalism, disunity, comrades killing and culling each other; with the discord, divisions and strife that are rife.

We must pledge to do better, to fix the problems that we are currently faced with as an organisation and to restore this organisation back to its former glory so that we can all focus on fulfilling our historical mission. In honour of Matongo we must find ways to resolve all our problems and move forward as a united force, with the upcoming local government elections being the litmus test of our resolve in this.

We want to express our heartfelt, deepest condolences to the Matongo family, to his wife, Kedibone, and son, Tshenolo, and to also thank them for having allowed him over the years to serve the ANC and the people of Johannesburg. We salute and honour your sacrifice in having given to us this revolutionary son of the soil, for him to serve and make a positive impact on the lives of the people of Johannesburg.

Matongo was a well-rounded individual who was not only devoted to his spiritual faith but was also a die-hard football fan whose passion for Orlando Pirates was well known. He lived life to the fullest and gave himself fully to everything that he committed to.

In honouring Matongo’s life and his contribution, in remembrance of the fact that he was a deeply spiritual individual who was dedicated and committed to his church, may we all find comfort in these words from the cleric John Newton, the author of the timeless hymn Amazing Grace:

“Man is made capable of three births: by nature, he enters into the present world; by grace, into spiritual light and life; by death, into glory.”

Good night, my brother. May your revolutionary spirit find everlasting rest and peace. We are indeed poorer without you. O Robale Ka Kgotso! DM

Lebogang Maile is MEC for Human Settlements, Urban Planning and Cogta in Gauteng.