Poachers target private reserves after the number of in... 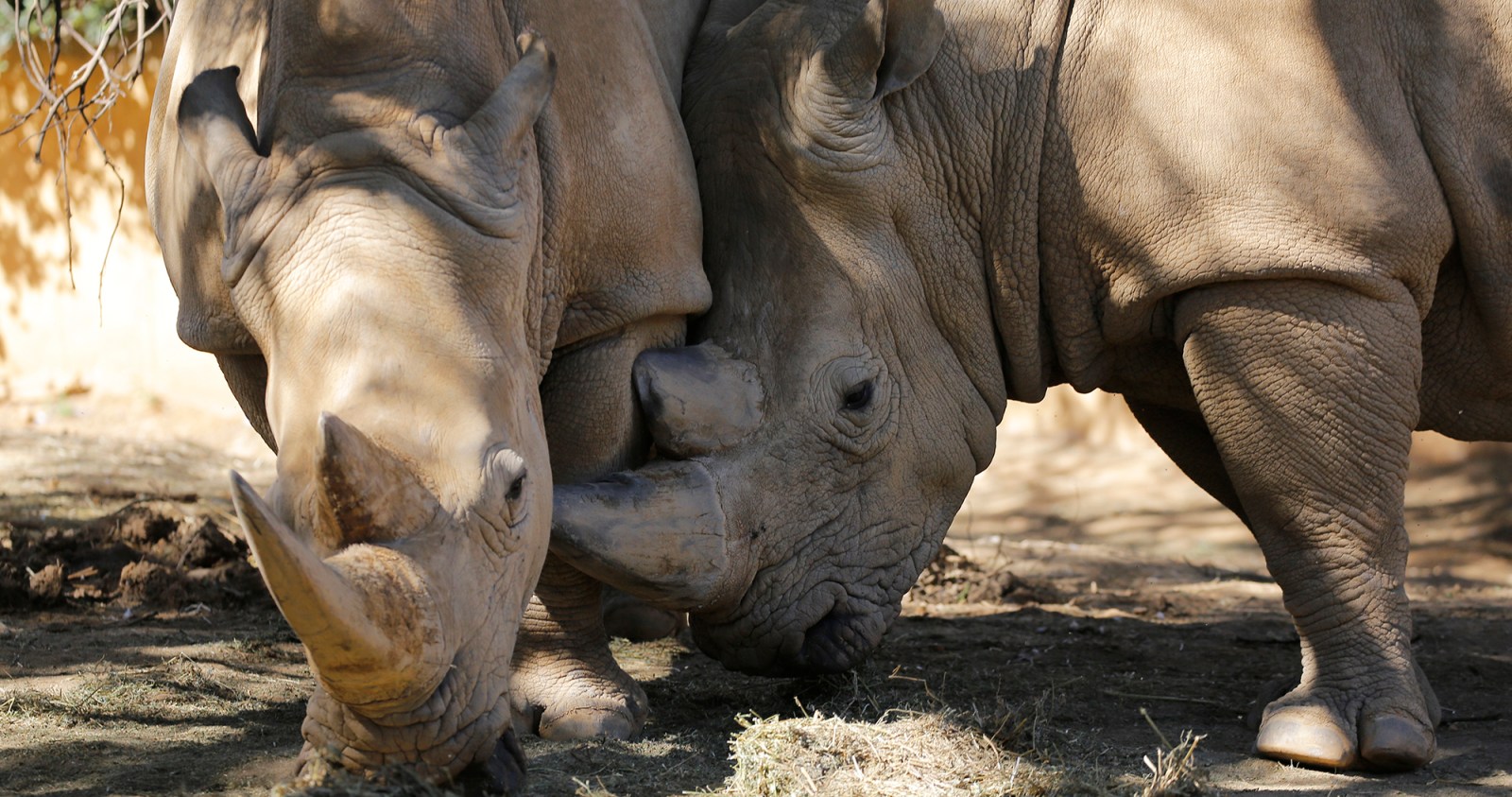 To the rangers who tracked him, he was known as Big Foot, the rhino poacher whose large barefoot prints were often spotted leading in and out of the Kruger National Park.

To register for the Rhinos in Crisis webinar on 22 September, click here.

Big Foot would leave his flip-flops on the Mozambique side of the Kruger Park boundary, then enter barefoot.

In the park he would rendezvous with two accomplices. When travelling at night they would navigate by the stars.

Big Foot would claim he shot one rhino during his 10 excursions into the park. His kill was from a distance of 30m and he used a .375 high-calibre rifle, muffled by a homemade silencer.

Big Foot’s downfall came when he was ratted on by a rival poaching gang. The footprints left by his unusually big feet gave him away at a roadblock he tried to casually walk through.

Big Foot would tell his story to the rangers before being handed over to the Mozambican authorities, where he then disappeared.

Eight years on, and thousands of others have followed Big Foot into the park on the dangerous, illegal hunt for rhino. Their stories are the same: they are the desperately poor, who feel left behind by the governments they live under and become easy prey to the middlemen who recruit them.

But what has changed as the world marks another Rhino Day is that poachers are shifting their activities. They are moving away from the national reserves and focusing on the private rhino owners.

Since 2016 the number of poaching incidents in South Africa has dropped, says Sade Moneron, a research officer at Traffic, the wildlife trade monitoring network.

It is not clear what has caused this, although one explanation is that there are fewer rhinos in Kruger Park. In the national park’s latest annual report it was revealed that there were 3,549 white rhinos and about 268 black rhinos in Kruger.

In a report published on Tuesday, the International Rhino Foundation went further and said that the white rhino population stood at 18,000 animals, a 12% decrease for the species in the past decade.

Blame for this decline has been placed on poaching, a drought and changes in the methodology of how aerial game counts are now conducted.

“If you look at poaching, numbers in the parks are right down and rhino populations in Kruger are right down,” says David Newton, Traffic’s director for southern Africa. “So if there are fewer rhinos, there will be fewer poached as they are harder to find.”

With fewer rhino available in Kruger, Pelham Jones, the chairperson of the Private Rhino Owners Association, believes this is one of the reasons poachers are now targeting private reserves.

“Tragically, we have from the end of 2019 to the end-2020 crept up to 25% of the national loss and with this, bearing in mind we own 55% of the national herd of rhino, it’s showing a trend of poaching pressure coming on to private reserves,” he explains.

The problem, he adds, is that unlike the government owned reserves that can draw on large resources, from rangers to the army and law enforcement, the private owners have to pay for this out of their own pockets.

While Jones says rhino populations on private land are growing at 7.2% per annum, the number of owners of these large herbivores is falling.

“We are seeing quite a big disinvestment in rhino. A few years ago we had over 300 reserves that had rhino on; now we estimate that there are between 150 and 180 reserves with rhino.”

In July, Barbara Creecy, the minister of environment, forestry and fisheries, said that from January to the end of June 2021, 249 rhinos were poached for their horns in South Africa. This was more than last year, which saw 166 killed during the same period.

This was the time when South Africa was under what National Police Commissioner Bheki Cele fondly refers to as the “Crime Holiday,” that was brought on by the strict Covid-19 lockdowns.

Creecy did, however, claim that better crime-fighting methods were resulting in fewer poaching incidents and better arrests.

“It is clear that the multidisciplinary, integrated approach to investigating illegal wildlife trade is bearing fruit and that effective collaboration with critical role-players remains key to our success,” said Creecy in July.

In a statement the Department of the Environment, Forestry and Fisheries said that through the establishment of seven Integrated Wildlife Zones, they planned to strengthen cooperation between the state and private organisations involved in the conservation of rhino.

SANParks, the statement said, is also investing in guarding rhinos.

Future plans include a project supported by the Global Environment Facility, the World Bank and United Nations Environment Programme that aims to bolster combating poaching by, in part, strengthening analyst support, building on a DNA programme and working to improve prosecution and investigation capabilities.

The plan is also to assist communities in poaching areas. Moneron believes that to win the war, more needs to be done to deal with the socioeconomic drivers that are pulling desperate men into poaching.

She recently spent time interviewing jailed poachers, who were in prison for rhino, abalone and cycad poaching offences. Moneron wanted to understand what was drawing them into crime.

The majority of the interviewees were rhino poachers and most of them said they had committed their crimes out of desperation, because there weren’t any economic opportunities.

“I knew it was illegal, but I was encouraged to take the risk in order to make ends meet for my family. I knew that if I succeeded I would have money, but if I got caught I would face jail or even death,” explained one unnamed rhino poacher.

It is the same motivation that years earlier had led Big Foot into a shebeen in the Mozambican border town of Magude to talk to a middleman about earning some money as the triggerman on a rhino poaching team.

“The people who do the hunting take the biggest risks but they are the lowest paid,” says Newton, who was also involved in the study that appeared in the report titled The people beyond the poaching.

In the report, the researchers stated that more emphasis should be placed on arresting those further up the rhino horn supply chain.

“[You need] better collaboration between different law enforcement agencies, both nationally and internationally, specifically to target the more senior offenders, as opposed to low-level offenders such as poachers and drivers,” says Moneron.

There also needed to be better cooperation between government institutions and the private sector, in particular the finance sector so as to follow illicit money trails. This, the authors said, requires the use of technology such as cellphone tracking and mining social networks.

Another important component in the fight against rhino poaching, they stressed, is combating corruption.

But today the world’s focus will once again be on rhinos and there is some reason to celebrate. The number of poaching incidents continues on a downward trend, which started even before the Covid lockdowns. But serious damage has already been done, for there are fewer white rhinos around today then there were a decade ago. DM