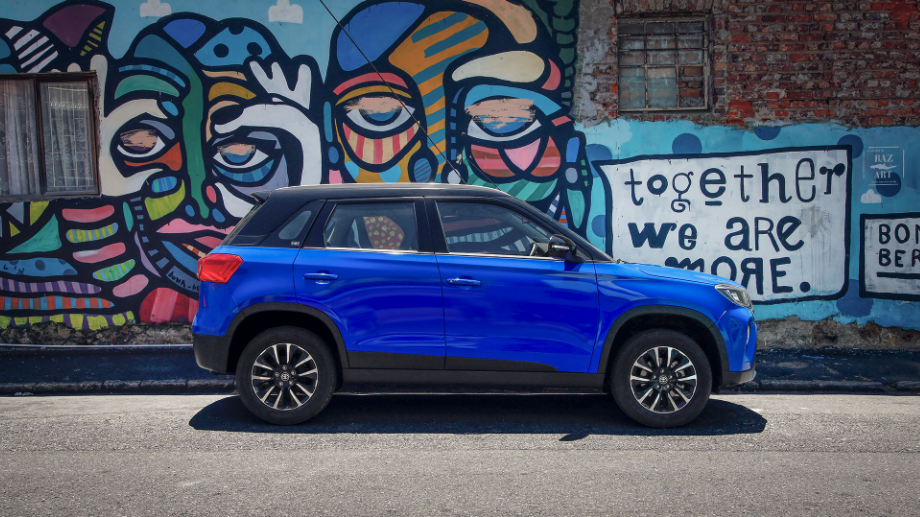 Having just returned from a short flying mission to the Swartland in an Audi RS 6, I am in the fortunate position to report back to you, having visited Planet Wealthy.

It’s been an interesting experience – the last time I drove an RS 6, more than a decade ago, it had 10 cylinders and a kind of swelling, wave-like absurdity of power not unlike the overwrought wind-up in one of Rossini’s overtures.

It’s only got better, this thing, despite having lost two cylinders, and in the estate (“Avant”, as Audi has it) shape it’s an impressive way to rob the Labrador of a dimension and to make the kids feel sick. Ours even came with a tow hook, for the world’s fastest Jurgens Sprite, one can only presume.

I’ll report back fully on the RS 6 in due course, but my drive out to the Swartland was useful in that it put a line in some familiar sand.

I recently went camping out there, in the Cederberg, with one of my children. Where the simple mind-bending pace and comfort of the RS 6 was fun, it was also useful to compare with the kind of cars that South Africans are actually buying these days.

Most of us are buying Hiluxes, Polos or some form or other of light crossover. They’re flourishing in this market, not only because they are really just front-wheel-drive hatchbacks with hoicked-up suspension and boxy bodies and are therefore reasonably cheap to make, but they also work better on our broken bitumen and dirt tracks than the average runaround, despite sharing the same basic underpinnings. They can then be marketed as SUVs, and that makes South Africans happy.

All of this is par for the course, so it was good for me to take the new talisman of the South African car for a proper spin to do some camping.

Corollas and the like are no longer affordable to many, but the new Toyota Urban Cruiser is right in the sweet spot of brand, affordability and product trends. This truth will no doubt, and with good reason, irritate the pants off the folks at Suzuki South Africa, because the Urban Cruiser is a Suzuki Brezza with a Toyota badge on the front nose and some other minor differences in specification and price. This is a function of a global business deal that sees so-called badge-engineering happen in markets around the world. In some places (the UK, for example), there are Toyotas wearing Suzuki badges.

Here, this means that the Toyota Suzuki outsells the Suzuki Suzuki by the handful for reasons related to brand power and Toyota’s extensive dealer network.

So, then, a light crossover badge-engineered Suzuki with a 1.5-litre engine and a five-speed manual gearbox. This is not the traditional furrow in which this correspondent goes ploughing for automotive pleasures, and I have to be honest, I wasn’t convinced that a small, top-heavy hatchback designed for Indian motoring conditions and with silly off-road pretensions was the right car for a long drive laden with firewood, drinking water, tents, cooking equipment and all the other appendages required to survive in the freezing cold of winter in the Cederberg. Turns out, I was half right.

On a freeway run before my departure, I noticed that the little five-speed manual was very clearly designed for urban conditions and that at 120km/h the little four-cylinder motor was buzzing away at almost 4,000rpm. Now, a car literally called the “Urban Cruiser” not being like an Audi RS 6 on the Autobahn is to be expected, but either way I wasn’t happy about this because it was giving me a headache, so I asked Toyota for the automatic model instead. Now, because I am a sad and strange man, I happened to know the auto has a taller top gear despite being a four-speed torque converter setup.

What a difference! Heavily laden with all our camping junk and with the cruise set at 120km/h, the Urban Cruiser hummed along at about 3,000rpm, making it a perfectly acceptable companion for the long road. We were even able to plug in the camping fridge to the socket in the boot, which isn’t something you’d expect in a little urban runaround, and we got the Apple CarPlay going as the kid and I tuned into some Spotify classics and monitored our progress on Google Maps. There’s even automatic climate control, a reverse camera and a chilled glovebox.

The car’s limited power (77kW) is offset by the curb weight (a solid chap over a ton), which makes it better to nip around town than its tall ’n’ skinny looks suggest. Heavily loaded at speed, however, it quickly errs towards more yacht-like behaviour. Once we left the tarmac the Urban Cruiser’s comfort-focused ride and tyres made for a comfortable ride, even if the car is vulnerable to oversteer and understeer on bad corrugations because of its lightweight setup.

Back in town, the four-speed auto’s limited number of cogs kept all quite calm and relaxed. To live with, it’s classic Suzuki – simple, well made and unpretentious.

The absolute top-of-the-range car is yours for R315,000, which is quite a lot of money for not too much car, but it does come with tons of kit to make you feel better. You can get into a new Urban Cruiser for just under R250,000, which will come with fewer toys and the manual box. If you don’t leave town, like all Suzuki manuals, it’s an absolute joy to use, but it’s genuinely short of one cog for regular or long freeway use.

The Urban Cruiser is likely to become a regular sight on our roads, and is really not a bad call at all if you need the ride height and a curb-hopping, pothole-dodging urban SUV at a reasonable price – and with a Toyota dealer right next door. DM168