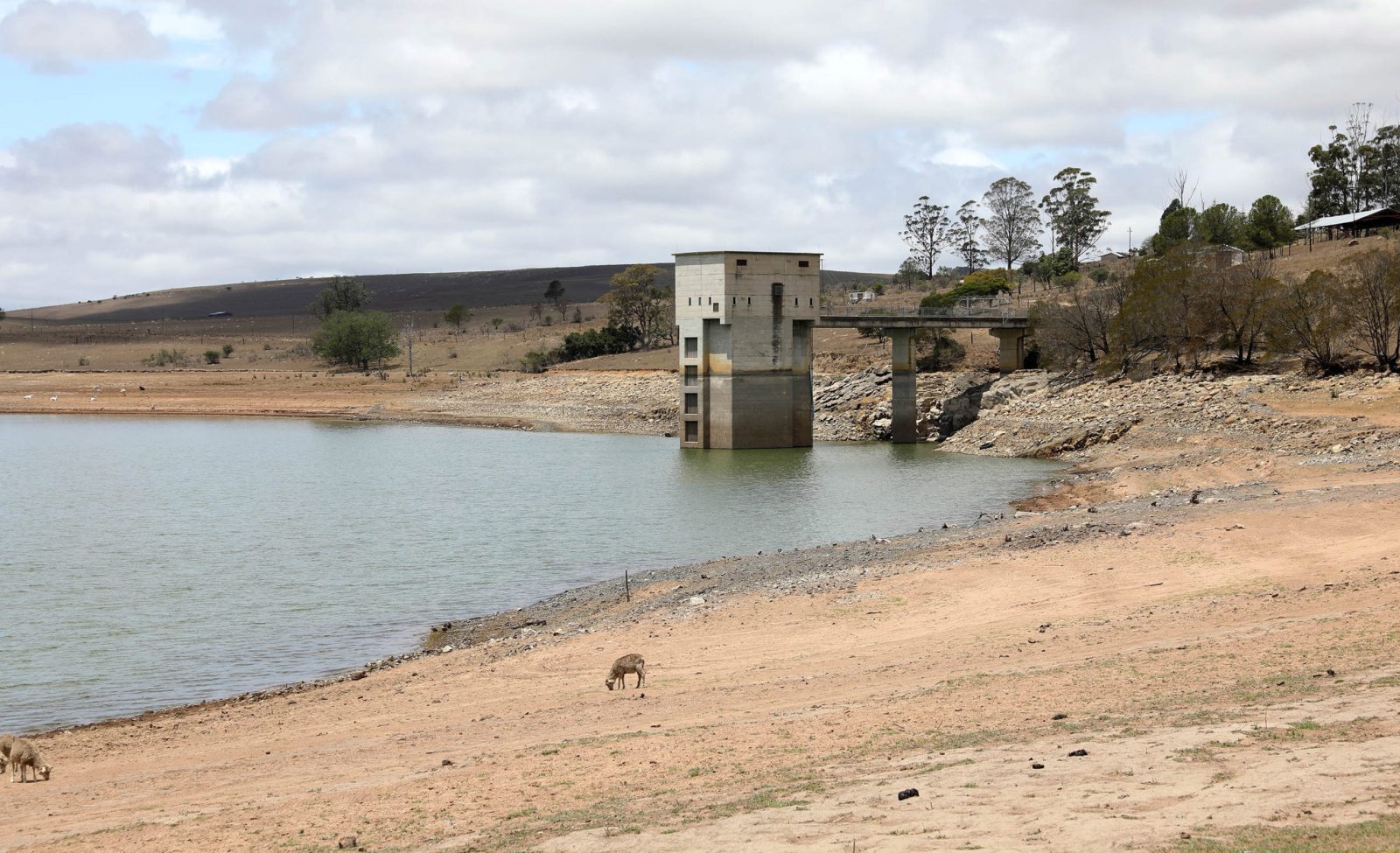 Wriggleswade Dam near Stutterheim is showing signs of the drought as water levels have dropped dramatically. (Picture: Alan Eason)

Understanding why rainfall patterns are changing could help predict how droughts will affect parts of South Africa, particularly the Eastern Cape which is in the throes of a severe drought.

Out in the southern Indian and Atlantic oceans lie two high-pressure systems Precious Mahlalela is eyeing in the hope of solving a decades-long puzzle.

They are known as the South Atlantic and South Indian high-pressure systems, and even though they sit in mid-ocean thousands of kilometres away, their influence might be threatening a corner of South Africa.

September is the start of the spring rains in the Eastern Cape, where they kick off the planting season and ensure a good harvest.

But in recent years the Eastern Cape has been struck by drought, which has left municipal dams drying and fields barren. In the data is evidence that spring rains are tailing off and Mahlalela, who is a PhD student in the Department of Oceanography at the University of Cape Town, is trying to find out why.

There has been a reduction of 30mm of rainfall per decade in parts of the region where spring accounts for a third of the annual precipitation.

The western part of the Eastern Cape receives on average about 300mm a year. The eastern portion can get up to 300mm during spring, which stretches from September to November.

“Spring is showing the most robust and consistent decrease in both rainfall totals, the number of rainfall days and large rainfall events,” explains Mahlalela.

A large part of the Eastern Cape is still experiencing a drought that some claim is the worst in 1,000 years.

“After the 1970s, what we see is the increase in the occurrence of multi-year droughts. The strong El Niño in 2015 started the current multi-year drought,” says Mahlalela. “But this has been happening quite frequently and it is having a huge effect on the hydrological system in the region because it doesn’t get enough time to recover before the next drought.”

The drought of 2015 has caused drastic falls in the dam levels that supply some of the most densely populated areas in the province.

The Kouga Dam, which feeds the Nelson Mandela bay municipality, was just 5.4% full on 6 September, according to the Department of Water and Sanitation.

“We need to come up with more efficient ways of water capture and storage, in the Eastern Cape we need to expand dams and come up with some creative ways of water management,” says Dr Ross Blamey, a research officer at UCT’s Oceanography department. The problem, Blamey points out, is that it will take good rains before the drought breaks.

“Because the soil is so dry, you will need a good few rains to recharge the soil so that water actually flows back into the dams.”

There is possibly good news. The South African Weather Service (Saws) is predicting above-average rainfall across the country, thanks to a weak La Niña weather pattern that often brings wetter summers across the globe.

While the Eastern Cape could also benefit from the La Niña, the spring rain forecast doesn’t look good.

“Along that coastal area, (Eastern Cape) from September to November, it’s going to be slightly below normal rainfall,” says Saws forecaster Edward Engelbrecht. Inland spring rains are expected to be normal.

But there are unique challenges in trying to understand rainfall in the Eastern Cape.

The province is rare for South Africa in that it experiences rain throughout the year. Two complex weather systems bring rain to the region. The area is a transition zone between summer and winter rainfall regions. This accounts for the difference in rainfall between the western and eastern parts of the Eastern Cape.

“Some of the issues we face is that focus is generally placed on the core rainy season, being December-February for most parts of the country and June-August in the Western Cape. However, there is building evidence to suggest that the key changes may be occurring in the transition months, autumn and spring,” said Mahlalela.

Blamey won’t go so far as to put blame on the declining spring rainfall on climate change.

“The reason is we don’t have a long enough record of data,” he explains.

“Although with the Western Cape drought, a study did show that there was a climate change signal. I would say it is likely to be the same for the Eastern Cape.”

The answer may just lie with those high semi-permanent pressure systems in the mid-latitudes south of South Africa. How they shift could be changing the path of weather systems heading towards the country. It is one scenario Mahlalela is considering.

“There is some evidence to suggest that one of the biggest summer rainfall producing systems, known as cloud bands, has decreased in recent years. It is not clear if they have decreased in general or just shifted position, which frequently occurs, says Mahlalela. “So the question we are asking is “what is causing this? Is it linked to shifts in the semi-permanent high-pressure systems? Are we seeing changes in the way moisture is getting into the country? Or is this part of some large-scale change in the Southern Hemisphere circulation?”

The search however will continue as the citizens of the Eastern Cape hope this will be the season when heavy rains fall and finally break the drought.

“So there’s definitely something happening along the east coast for the summer months, and that spring period seems to be a key sort of indicator of where the strongest signal is coming in,” says Blamey. “And if you don’t understand why, you can’t understand what could happen in the future.” DM/OBP