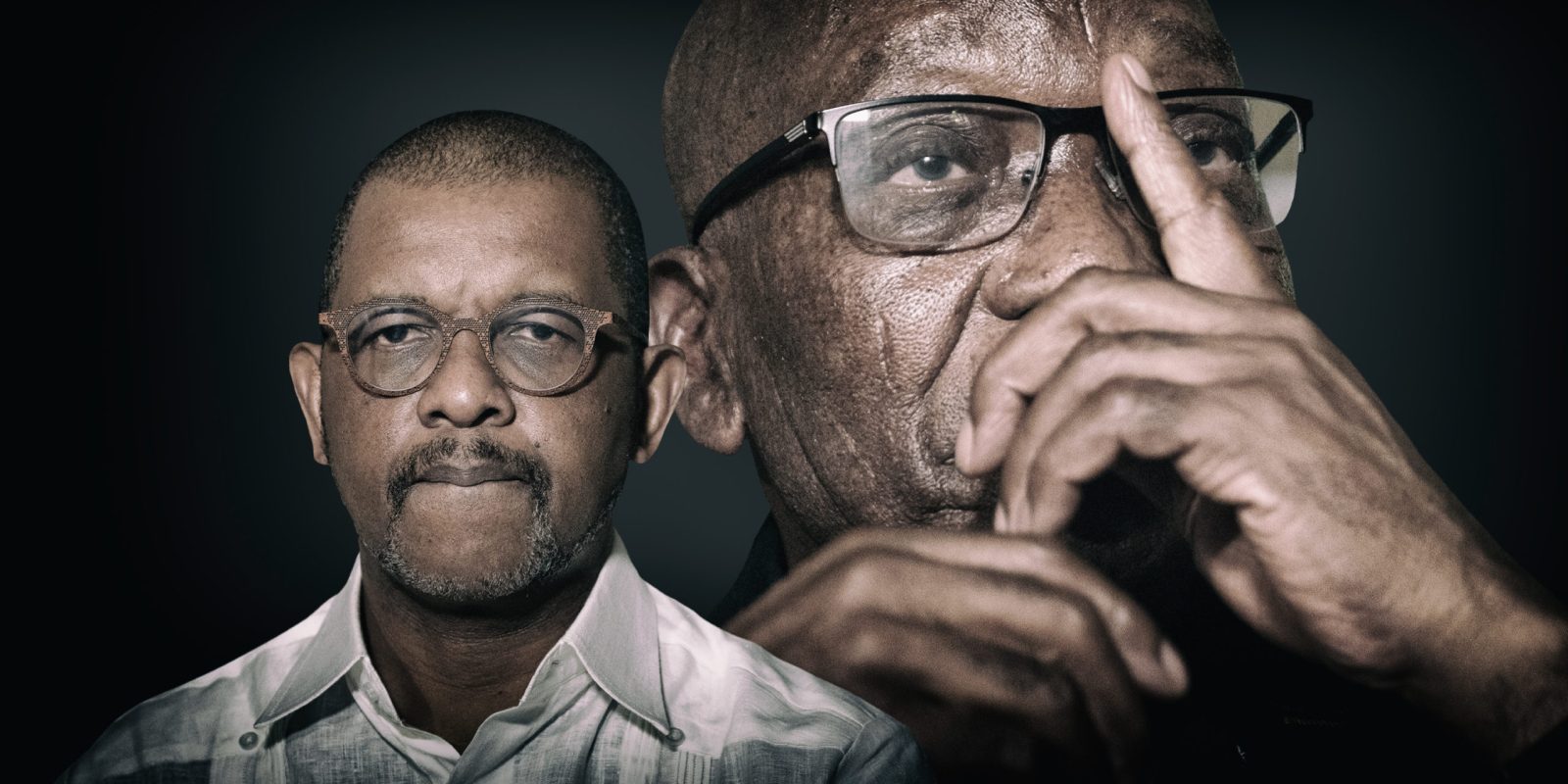 Daily Maverick readers might be forgiven for temporarily forgetting that former president Jacob Zuma is still accused number one in an Arms Deal graft case and is seeking to have the prosecutor in the case removed, in a week where he was granted medical parole against the recommendations of a medical parole board.

For years, Jacob Zuma used Stalingrad tactics to avoid facing criminal prosecution in the Arms Deal corruption case, and his “ill-health” – while he is reluctant to undergo an examination by a doctor chosen by the state – is now delaying proceedings in the Pietermaritzburg High Court.

Zuma is accused of receiving 791 payments, totalling R4.1-million, between 1995 and 2004 from his former financial/economic adviser Schabir Shaik and Shaik’s companies, to help arms company Thales (accused number two) secure lucrative defence contracts from the government as part of the country’s multibillion-rand 1999 armaments deal.

Zuma’s special plea, in terms of Section 106 (1) (h) of the Criminal Procedure Act, to try to remove veteran prosecutor Billy Downer from his Arms Deal trial – and thus secure his acquittal – was postponed to 21 and 22 September during a virtual hearing of the high court on Thursday.

Zuma intends using the special plea to argue that, among other things, Downer “wittingly or unwittingly turned the prosecution into a personal legacy project of his own rather than a pursuit for justice based on an impartial and independent mind”.

The matter has been set down for open court.

Zuma’s alleged ill-health and undisclosed “medical condition” are currently centre stage in public discourse. The State is seeking to have the former president examined by its own medical team to ascertain whether he is fit to stand trial. The doctor who examines him could be called as a witness, as per a court order.

Acting for Zuma, Advocate Dali Mpofu (SC) told Judge Piet Koen that Zuma’s medical team and that of the State were “finding each other” and “getting close to each other”.

“But we are left with the same three options: if they agree [that Zuma is not fit for trial] then that’s the end of it. If they don’t, then there will be viva voce (oral evidence). If Mr Zuma’s health situation improves, then the two days will be used for Mr Zuma’s [Section 106 application].”

JG Zuma Foundation spokesperson Mzwanele Manyi has said the former president should not have to be re-examined by another medical team when his own has done the job. Manyi has said Zuma’s reluctance is due to mistrust of how his health has previously been addressed in court and at the Zondo Commission.

Zuma has not been absent from news headlines since he was jailed on 8 July at the Estcourt Correctional Centre for contempt of a Constitutional Court order that he appear before the Zondo Commission. He was sentenced to 15 months’ direct imprisonment by the apex court.

On 6 August, the Department of Correctional Services announced that Zuma had been admitted to hospital following “a routine observation”.

On Sunday, the department again announced that the 79-year-old had been granted medical parole on the strength of a medical report.

“Apart from being terminally ill and physically incapacitated, inmates suffering from an illness that severely limits their daily activity or self-care can also be considered for medical parole,” it said in a statement.

Zuma will now serve the remainder of his sentence under the supervision of community corrections, meaning he can return to his Nkandla home. According to the JG Zuma Foundation, he is still in hospital.

The DA has said it will have the decision by Correctional Services Commissioner Arthur Fraser taken on review. But President Cyril Ramaphosa said he welcomed the decision, and wished Zuma a “quick recovery”.

On Wednesday, Fraser – the former director-general of the State Security Agency – said in an interview with the SABC that Zuma had declared his comorbidities when first jailed, and that the military health services had also provided an assessment.

“So that is when we realised that we have got a person in our custody who actually is frail,” said Fraser.

“We had then received further reports – medical reports – that indicated that he requires specialised treatment. And, it was only around the third report that we received, where his medical team – the medical team in conjunction with our team – indicated that he can no longer be kept in our facility because the type of care, medical care, required, we are not able to provide.”

Fraser said the same assessments were made “with every other offender that we have in our facilities”.

“Our doctors, our nurses will write referrals to the head of the centre and say: ‘We’ve got a situation, please transfer.’”

Zuma had to be moved to “a tertiary institution”, said Fraser, because the care he needed could not be provided within Correctional Services. It was from this outside institution that further reports had been received of  “a range of procedures that had to happen”.

Medical staff had then applied for Zuma’s medical parole, “and I think that was at the beginning of August”.

That application had been directed to Correctional Services’ healthcare and the medical advisory parole board. A doctor had then been allocated to “do an observation” of the former president, and made recommendations to the parole board.

The board did not approve medical parole, said Fraser, “because they indicated that he was in a stable condition”.

“The head of the centre, who has the authority to decide, reviewed the information available, and then indicated that the conditions, based on all of the reports we have, require us to release the former president.

“I then rescinded those delegations, because the original delegation sits with me… and I took the decision to place him on medical parole, and I have given a host of reasons. The reasons are available, it’s in documentation, and it will be presented to whoever needs to see that. I am sure Parliament will be asking.”

Since he was first implicated in the matter almost two decades ago, Zuma has maintained that he is a victim of political interference, persecution,  foreign interference and illicit intelligence gathering – including intercepted conversations known as the “spy tapes” – to ensure that he was politically maligned.

The former president believes that should the special plea succeed, he will be entitled to an acquittal.

Zuma and Thales have pleaded not guilty to all charges. DM

The headline of this article was altered following initial publication to reflect accurately court proceedings.