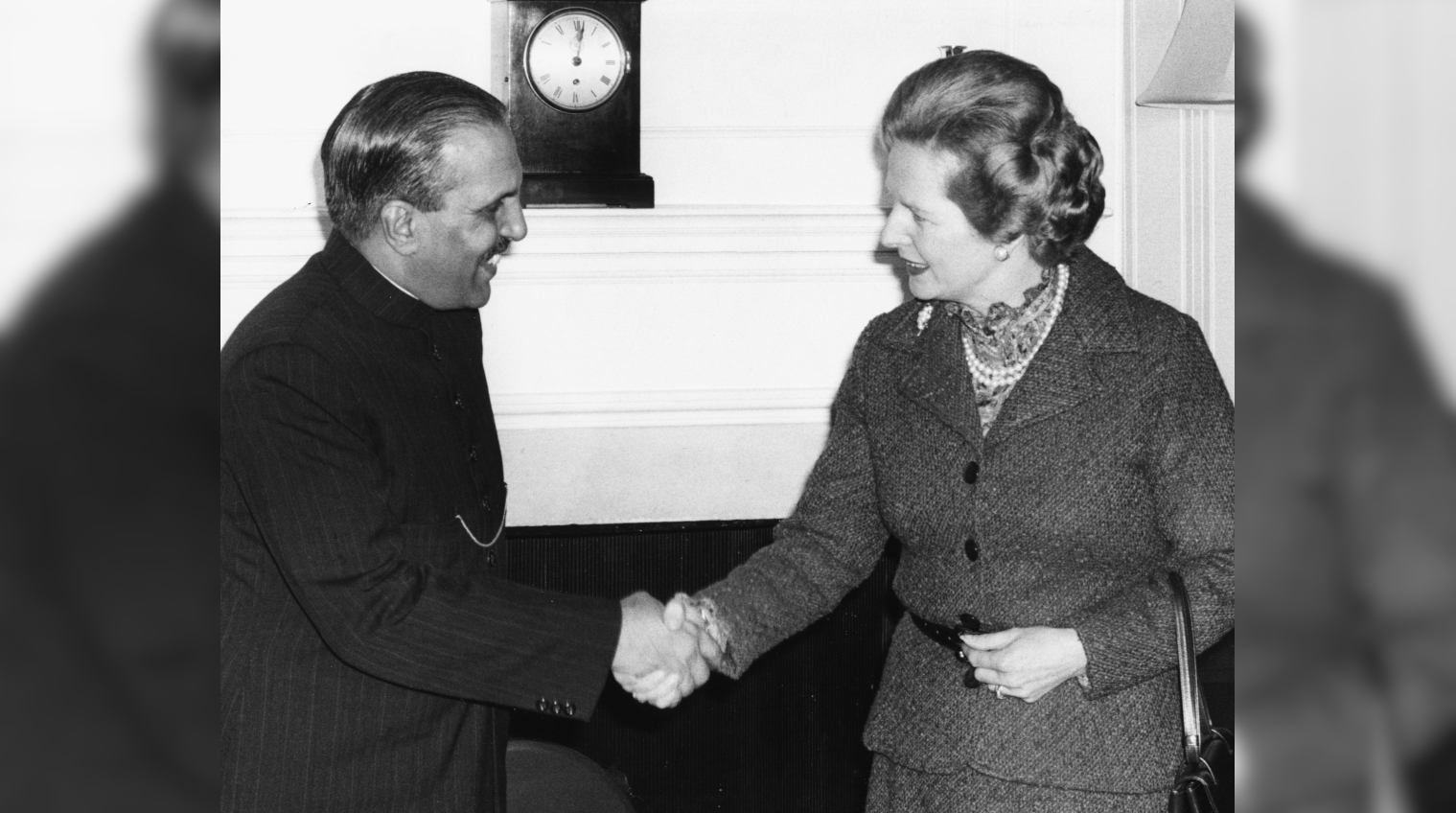 A Cold War-era file on Margaret Thatcher’s support for the Afghan mujahideen is being censored by today’s British government, Declassified has found. The papers could detail secret UK support for Afghan fundamentalists who were later designated as terrorists for backing al-Qaeda and the Taliban.

Thatcher’s Downing Street dossier on “Aid to the Afghanistan resistance movement” is being retained by Whitehall’s Cabinet Office despite becoming eligible for release to the National Archives under the 30-year rule.

Thatcher’s team compiled the file from July 1981 to January 1990 during her time as prime minister when she oversaw a decade of covert British support to Afghans fighting against Soviet occupation.

Another six files on Afghanistan from that period are being hidden by Britain’s Foreign Office, which refuses to even disclose the document names, listing them on a database as “Title Withheld”.

The censored papers could contain embarrassing details of Thatcher’s support for Afghan mujahideen leaders, some of whom went on to be designated as terrorists by the US for backing al-Qaeda and the Taliban.

The cover-up comes on the 20th anniversary of 9/11 as President Joe Biden orders the FBI to release files that may detail Saudi Arabia’s role in the horrific terrorist attack. His move follows calls for transparency over the hijackers’ connections to the House of Saud.

Saudi support was key to the anti-Soviet jihad in Afghanistan, supplying finance and fighters like Osama bin Laden. The Arab mujahideen worked alongside Afghan rebels in the struggle against Soviet occupation, during which Bin Laden formed al-Qaeda and later turned his attention to attacking the West.

John Fullerton, a former spy who worked for MI6 in Pakistan and Afghanistan from 1981 to 1983, called for Thatcher’s file to be made public.

He told Declassified: “I see no reason at all why this should not be released. There’s a tendency of UK governments to try to shape or rewrite history — it isn’t just the Russians and the Chinese who do so, unfortunately, and it’s both arrogant and undemocratic.”

He added that the file is “historically important and would be a fascinating read. Thatcher’s gone, along with the Cold War, the Soviet Union, the analog era and much else besides. If there are any survivors who need protecting, their names can be redacted.”

‘Help you in every way’

Thatcher visited Pakistan in October 1981 where she told Afghan mujahideen at a refugee camp near the border: “The hearts of the free world are with you.”

She pledged £2-million in humanitarian aid, saying: “The Afghan people will never submit to foreign tyranny. They will fight to the end until the invader is expelled from Afghanistan… We in Britain will continue to help you in every way we can.”

During the 1980s the UK government provided military training, equipment and propaganda support to Afghan Islamist forces, with the Foreign Office noting that “military assistance for the Afghan rebels should be provided as clandestinely as possible”.

London supported fundamentalist groups knowing they were “unlikely” to be sympathetic to the West.

His hardline group, Hezb-e-Islami Gulbuddin, was the largest recipient of CIA funds during the jihad in Afghanistan and operated an underground prison in Pakistan where Human Rights Watch said torture was “routine”.

Hekmatyar became known as the “butcher of Kabul” for his militia’s shelling of civilians and rape of women during bitter feuds between rival warlords that followed the Soviet defeat.

After 9/11 he sided with the Taliban and al-Qaeda to direct attacks on Western troops in Afghanistan. The US designated him as a terrorist and tried to assassinate him in a drone strike. Hekmatyar survived and is reportedly seeking a role in the new Taliban regime.

Mohammad Yunus Khalis, the leader of another Hezb-e-Islami faction, is believed to have visited the UK in 1987. His group’s members included future Taliban leader Mullah Mohammed Omar and terrorist mastermind Jalaluddin Haqqani.

Thatcher also met another mujahideen leader, Abdul Haq, in 1986. He was later murdered by the Taliban.

A Cabinet Office spokesperson told Declassified: “Most historic files on the Afghan conflict are open at The National Archives. The Cabinet Office retains some historic records to protect national security, defence and our relations with international partners, in line with the requirements of the Public Records Act 1958.” DM

Phil Miller is chief reporter at Declassified UK, an investigative journalism organisation that covers the UK’s role in the world.