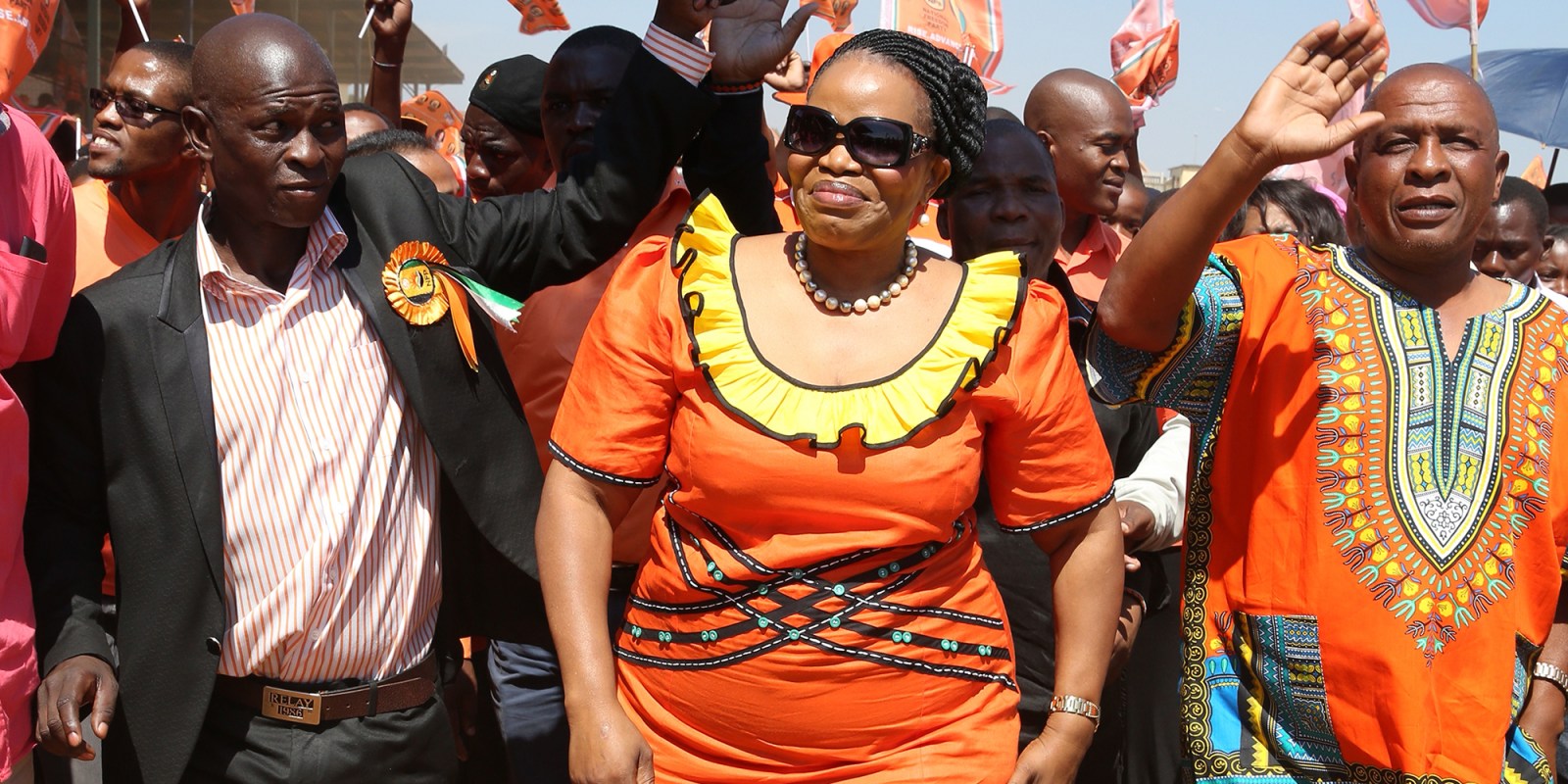 Zanele kaMagwaza-Msibi and her National Freedom Party shook Inkatha’s foundations in a manner much more spectacular than numerous other tame initiatives.

“In what could be an inadvertent subversion of democracy of major proportions, the wishes of thousands, if not millions, of voters in KwaZulu-Natal will count for nothing on August 3 because the Independent Electoral Commission has disqualified the National Freedom Party [NFP] for missing the deadline to pay its registration fee. The scale of this mishap is unimaginable.”

So began an article in Daily Maverick in the build-up to the last local government elections in 2016.

A week before this, the founder and president of the party, Zanele kaMagwaza-Msibi, had re-emerged in public after suffering a stroke two years earlier following her bold move to break away from the Inkatha Freedom Party (IFP) in 2011 to form what became the fifth-largest party in the National Assembly after the 2014 national elections.

Collaborating with the ANC in hung municipalities in the 2011 local government elections, the NFP won 224 seats and took control of two councils, while significantly, the IFP’s fortunes in KwaZulu-Natal tumbled from 38.37% in 2006 to 17.33% when kaMagwaza-Msibi broke away.

The solid performance in the 2014 national elections and in KwaZulu-Natal, where her party won six seats in the legislature, pointed to the shifting balance of forces in a terrain hitherto dominated by the ANC and the IFP.

After her prolonged incapacitation, kaMagwaza-Msibi watched helplessly as an administrative bungle resulted in her party’s inability to take part in an election that would have consolidated her support and further entrenched it as a breath of fresh air in a political environment suffocated by tiresome squabbles between the two major contenders.

On Monday, as her party braced itself to bounce back from that calamity of 2016, kaMagwaza-Msibi died at a Durban hospital. She had never recovered fully and had had to resign as deputy minister of science and technology in former president Jacob Zuma’s Cabinet.

Perhaps her acceptance of the invitation to serve in that capacity was akin to drinking from a poisoned chalice. The IFP never quite forgave kaMagwaza-Msibi for her perceived closeness to the ANC and in fact alleged that the NFP was a covert ANC project to destroy the IFP from within.

The deputy ministerial post was seen as her reward, although, in all honesty, the IFP knew better than most that kaMagwaza-Msibi was never one to shirk any assignment.

While serving under the IFP she had distinguished herself as the mayor of the largely rural and poor Zululand District, particularly regarding the provision of the most basic of services, such as water. She continued to endear herself to her followers and remained very popular despite walking away from the party that had groomed her politically from an early age as a youth leader.  She was the IFP’s candidate for premier of KwaZulu-Natal in 2009.

Her popularity within the ranks of the IFP ruffled many feathers, particularly among chauvinistic traditionalists who did not take kindly to the emergence of her support groups, popularly known as “Friends of VZ”.

She had to appear before the national council to account for the activities of her supporters. By the time she had had enough, a sizeable chunk of IFP supporters was ready to follow her as she walked out of the IFP.

History will record that kaMagwaza-Msibi and her NFP shook Inkatha’s foundations in a manner much more spectacular than numerous other tame initiatives.

Some, such as the Inala Party, had had the backing of the late King Goodwill Zwelithini and were machinations of the apartheid government.

After 1994, former IFP national chairman Dr Ziba Jiyane broke away to form the National Democratic Convention, which managed to secure a short-term presence in the provincial legislature before collapsing when floor-crossing was allowed.

But kaMagwaza-Msibi was the real deal, and this has been acknowledged even by her bitter rivals.

In a statement,  the IFP recalled her “committed leadership”, and the fact that her political ideals were formed in the IFP from an early age.

“She served in our structures and was mentored by the founder and then president of our party, who recognised in her the passion to create social and economic justice for our country.

“The IFP benefited from her leadership when she served as our national chairperson, and we confidently advanced her as our premier candidate for KwaZulu-Natal in the 2009 national and provincial elections.

“At a time like this, one would not wish to remember subsequent events. Suffice to say that when the Hon. Mrs kaMagwaza-Msibi split the IFP and formed the NFP, our founder maintained that the door would never be closed, despite the deep pain that had been caused. We therefore have no negative words as the nation grieves this loss of a former deputy minister, Member of Parliament, and  political leader.”

kaMagwaza-Msibi’s NFP barely survived the disaster that was the 2016 election. As was observed then, the scale of that mishap was unimaginable.

For her supporters, her death, on the eve of a redemptive 2021 local government election, is yet another tragedy of unimaginable proportions when there is a yearning for fresh voices to bolster the project of democracy in toxic KwaZulu-Natal politics. DM