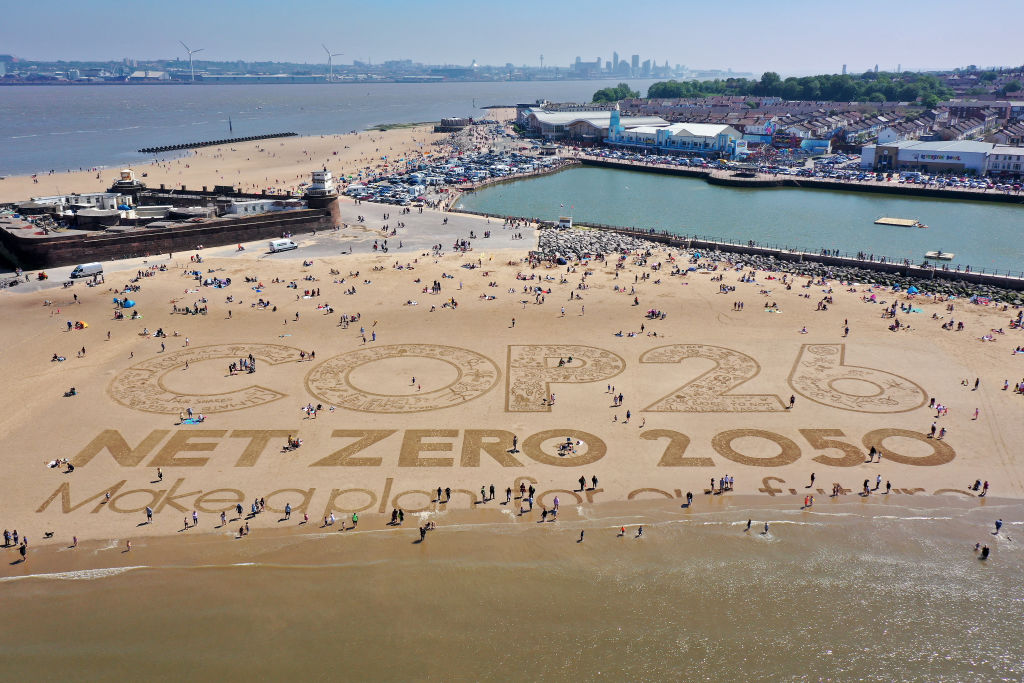 “Nowhere is safe.” As the Intergovernmental Panel on Climate Change (IPCC) warned in a recent report that climate change and its consequences are here to stay, is there still an opportunity to mitigate some of the dangers and to get back to a place of relative safety for humanity?

The challenge of surviving the next 50 years is now seen as a planet-wide existential crisis; we need to work together urgently, just to secure a short-term future for human civilisation. Global weather patterns are violently disrupted: Greece burns; the south of England floods; Texas has had its coldest weather ever, while California and Australia suffer apocalyptic wild fires. All of these violent, record-breaking events are a direct result of rapid heating in the Arctic – occurring faster than in the rest of the world. A warm Arctic triggers new ocean and air currents that change the weather for everyone.

The only way to reverse some of these catastrophic patterns, and to regain a kind of stability in climate and weather systems, is “climate repair” – a strategy we call “reduce, remove, repair” – which demands that we make very rapid progress to net zero global emissions; that there is massive, active removal of greenhouse gases from the atmosphere; and, in the first instance, that we refreeze the Earth’s poles and glaciers to correct the wild weather patterns, slow down ice-melt, stabilise sea level, and break the feedback loops that relentlessly accelerate global warming. There are no either/or options.

About 70% of world economies have net zero emissions commitments over varying timescales, but this has come too late to restore climate stability.

The IPCC has asked for accelerated progress on this trajectory, but whatever happens, current emission rates of atmospheric greenhouse gases imply global warming of 1.5℃ by 2030 and well over 2℃ above pre-industrial level by the end of the century – a devastating outcome. In particular, melting ice and thawing permafrost are considered inevitable even if rapid and deep CO₂ emissions reductions are achieved, with sea-level rise to continue for centuries as a result. In every area of the world, climate events will become more severe and more frequent, whether flooding, heating, coastal erosion or fires.

There are definitely important steps that can still reduce the scale of this devastation, including faster and deeper emissions reductions. However, this is not enough on its own to avert the worst. Together there is real evidence that the massive removal of greenhouse gases from the atmosphere and solutions such as repairing the Earth’s poles and glaciers could help humanity find a survivable way out of this crisis.

Taking CO₂ and equivalent greenhouse gases out of the atmosphere, with the aim of getting back to 350ppm (parts per million) by 2100, involves creating new CO₂ “sinks” – long-term stores from which CO₂ cannot escape. Sinks operate at many scales, with forest planting, mangrove restoration, wetland and peat preservation all crucially important.

Very large projects, such as the restoration of the Loess Plateau in China demonstrate scalable CO₂ removal, with multiple add-on benefits of food production, bio-diversity enhancement and weather stabilisation.

Habitat restoration can also make economic sense. In the Philippines, mangrove is the focus of a cost-benefit analysis. Mangrove captures four times more carbon than the same area of rainforest, provides numerous ecosystem services and protects against flooding, conferring socio-economic benefits and significantly reducing the cost of dealing with extreme weather events.

Big new carbon sinks must be created wherever safely possible, including in the oceans. Interventions that mimic natural processes, known to operate safely “in the wild”, are a workable starting point. Promotion of ocean pastures to restore ocean diversity and fish and whale stocks to the levels last seen 300 years ago is one such possibility – offering new sustainable food sources for humans, as well as contributing to climate ecosystem services and carbon sinks.

In nature, sprinklings of iron-rich dust blow from deserts or volcanic eruptions, onto the surface of deep oceans, generating – in a matter of months – rich ocean pastures, teeming fish stocks and an array of marine wildlife. Studies of ocean kelp regeneration show the full range of real-life impacts, from increased protein sources for human consumption, to restoration of pre-industrial levels of ocean biodiversity and productivity, and extensive carbon sequestration.

Extending the scale and number of ocean pastures could be achieved by systematically scattering iron-rich dust onto target areas in oceans around the world. The approach is intuitively scalable, and could sequester perhaps 30 billion tons per year of CO₂ if 3% or so of the world’s deep oceans were to be treated annually.

Largescale carbon-sink creation of this kind is pivotal if the atmosphere is to return to pre-industrial CO₂ levels. A billion tons per year of sequestration is the minimum threshold coordinated by the Centre for Climate Repair at Cambridge given the intensity of the climate crisis. While the scale of intervention is sometimes called “geoengineering”, the approach is closer to forest planting or mangrove restoration. The aim is to remove CO₂ from the atmosphere using natural means, to return us to pre-industrial levels within a single generation.

The immediate challenge is to stabilise the planet, achieving a manageable equilibrium that gives a last chance to shift to renewable energy and towards a circular global economy, with new norms in urban, rural and ocean management. “Repairing” systematically seeks to draw the Earth back from climate tipping points (which, by definition, cannot happen without direct effort), providing a supporting framework in which “reduce” and “restore” can happen. Political and societal will is needed.

The most urgent effort is to refreeze the Arctic, interrupting a bleak spiral of accelerating ice loss, sea-level rise – and the acceleration of climate change and violent global weather changes that they cause. Arctic temperatures have risen much faster (and increasingly so) than global average temperatures, when compared with pre-industrial levels. Figure 1 shows this clearly from 1850 to the present day.

Melting Arctic ice embodies a powerful feedback force in climate change. White ice reflects the Sun’s energy away from the Earth before it can heat the surface. This is known as the albedo effect. As ice melts, dark-blue seawater absorbs increasing amounts of the Sun’s energy, warming increases, and ever-larger areas of ice disappear each summer, expanding the acceleration. Arctic temperatures govern winds, ocean currents and weather systems across the globe.

A tipping point is passing: sea-ice loss is becoming permanent and accelerating; Greenland ice will follow and will eventually raise global sea-levels by over seven metres. Total loss may take centuries but, decade by decade, there will be relentless incremental impacts. By mid-century the melting will be irreversible, and sea-level rise alone will leave low-lying countries like Vietnam in desperate circumstances, with reductions to global rice production a certainty, many millions of climate refugees and no obvious pathway forward for such nations.

The rapid Arctic temperature increase is matched by the rapid and accelerating loss in minimum (summer) sea-ice volume (Figure 2), which further accelerates the temperature rise in a spiral of reinforcing feedback loops.

It is vital to pivot the world back from this ice-melt tipping point, and to repair the Arctic as rapidly as possible. Marine cloud brightening in which floating solar-powered pumps spray salt upwards to brighten clouds and create a reflective barrier between the Sun and the ocean, is known to cool ocean surfaces and is a promising way to promote Arctic summer cooling. It mimics nature, and can be scaled up or down in a flexible way. Studies of marine cloud brightening, its climate impacts and interactions with human systems, are underway.

As with promotion of ocean pastures, such solutions must be critically analysed, but there is no longer any doubt of their crucial importance.

What we do in the next five years determines the viability of humanity’s future. Even if we narrow our aspirations to “survival”, fixing on a timescale of 50 years or so, the challenges are daunting. Humanity deserves better. We know what to do to be able to imagine thousands of years of human civilisation ahead, as well as behind us. DM/ML