Guardians of an independent judiciary: The role of media, parliamentarians and non-governmental organisations 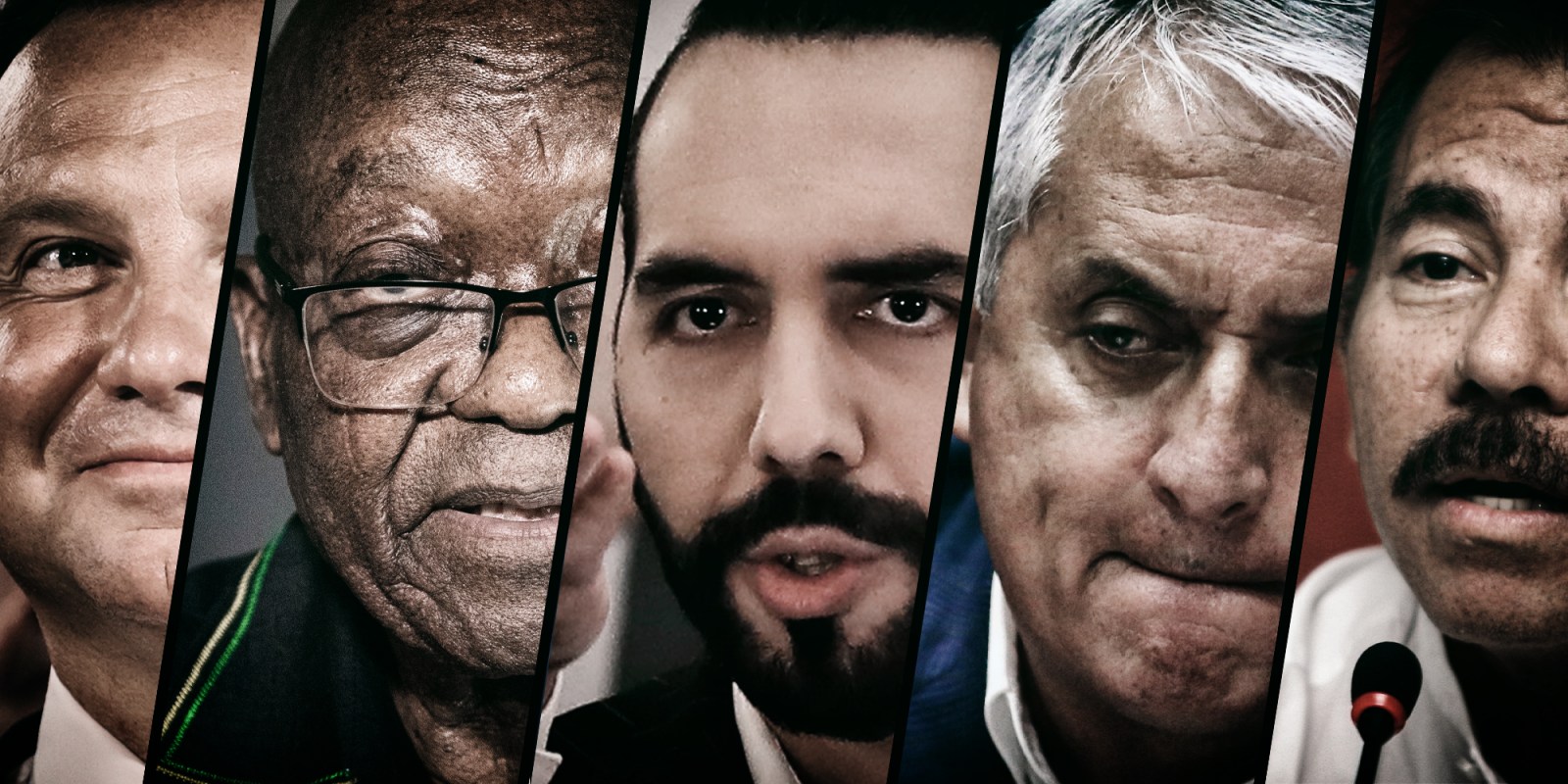 The rights of ordinary people and democracy itself are being eroded around the world as authoritarian regimes disrupt the independence of the judiciary. When judges, prosecutors and lawyers come under fire, every citizen is affected.

The discussion was held on the International Day of Independence of the Judiciary and focused on “the crucial role of sociopolitical actors (media, professional associations, members of parliament, NGOs) for the advocacy of an independent judiciary”.

Castillejos opened the discussion by asking García-Sayán about the kind of support he needs as special rapporteur.

García-Sayán pointed out that it was most important for him to let people know that an independent judiciary is all about the rights of ordinary people:

“It’s absolutely crucial… to clarify that this has to do mainly with the rights of society, not only or mainly with the rights of judges, prosecutors or even lawyers… If we analyse or follow what is happening in several places in the world, we can see that this kind of authoritarian wave that occurs, in the beginning – perhaps the first steps – has to do with political decisions to grab the judiciary, to impede an independent prosecution service. To impede an independent constitutional court or independent supreme court.”

García-Sayán said that “this process of democratic degradation should be followed very closely, not only by multilateral organisations… but by specific countries… I would say that it would be very useful to have a process of interaction for the dissemination and analysis of certain conclusions and recommendations.”

He mentioned a report he presented to the UN Human Rights Council on “the impact and challenges after the pandemic in the judiciary”. The report looked at “the steps that should be taken to close the digital divide/digital gap with appropriate mechanisms to guarantee access to justice in any context, especially in the context of the pandemic… where more than one and a half billion people in the world have no access to justice at all.”

He also raised the report he will present to the UN General Assembly in October, which “has to do with the participation of women in the judiciary, especially in high levels of the judiciary and prosecutorial service. I will be making specific recommendations… to counterbalance the discrimination that openly exists in most countries in the word.”

Moderator Castillejos then asked Poland’s former human rights ombudsman, Adam Bodnar, about legislation (“muzzle law”) approved in that country in 2019 which “empowers a disciplinary chamber to bring proceedings against judges for questioning the ruling party”. She asked Bodnar how “both the political opposition and independent institutions such as the ombudsman’s office could employ their limited but highly consequential political leverage to defend the judiciary”.

Bodnar replied that “in 2021 it is already six years after the start of non-democratic changes in Poland and I think that it is important to indicate – because I think it is the similar process in all those different countries – that everything started with dismantling independence of the constitutional court… this whole process was about packing in (the) judiciary with new loyal judges, or at least with creating something like a chilling effect within other members of the judiciary to behave in a way compliant with the expectations of the ruling party.”

He added that “after six years of those changes we are in a moment which just may be a transformational moment… because it seems like right now we have in our hands a couple of important judgments of the court of justice of the European Union and of the European Court of Human Rights, and lack of implementation of judgments of the Court of Justice means that Poland simply is going to lose a lot of money from the EU… because the European Union states that yes we respect rule of law and we cannot agree to have a member of state that is simply ignoring rule of law.”

He also made the point that “you have to respect judicial independence, because otherwise your rights will not be protected. You will not have the right to a fair trial and you will not have any guarantees – not only of fair trial but also maybe of democratic elections.

“Your country will not have free media when journalists are targeted… So this value of communication, of just telling people the judiciary is important to the functioning of the ordinary democratic society, I think is one of the most important messages.”

Castillejos asked the Daily Maverick’s Brkic about the June 2021 arrest of Jacob Zuma, saying the world had watched it “and the South African case proved to be an extraordinary opportunity to discuss the role of the media in safeguarding and denouncing potential attacks against judicial independence… how must journalists ensure that the public remains well informed about the crucial role that an independent judiciary plays in any constitutional democracy.”

Brkic responded that “South Africa’s judiciary is under attack as a part of a kind of greater decline of the South African state… one needs to understand that corruption for a long time was a way of governing and also a way of funding political parties in South Africa.

“It was already present before President Jacob Zuma… but after he arrived and after he took control, we have seen a turbocharging of everything that was wrong in the previous administrations – with the one exception of a really successful HIV antiretroviral drive that saved a lot of lives but which was essentially driven by the pressure of civil society.”

Brkic added that Zuma’s government led a precipitous decline in South Africa: “When he took over, South Africa was not in any kind of debt crisis and is now struggling to stay afloat and our debt rating is firmly in the junk territory… Zuma was head of intelligence for the ANC and when he became president he paid exceptionally close attention to the security cluster… and he managed in a very short period of time to take over complete control of these services by essentially cutting off the supply of prosecutable cases.

“That backlog from his time is still bedevilling the country, three and a half years later after he stopped being president of the country… and you might have heard about the damage the brothers Gupta wreaked on South Africa… they left the country in 2017 on publication of a massive series of investigations called the Gupta leaks… the numbers vary but the estimate is they stole anything between four and eight billion dollars.

“It was left to the judiciary and the third estate to basically hold democracy together and the judiciary was held by the media and civil society.

“Essentially it was only the judiciary that was left standing and the media and civil society, we kind of came together to create this – almost like a protective shield over the judiciary in order to keep it uncaptured and we literally never let go… We knew what we were doing, we knew that should the judiciary in South Africa be captured, that would be the end of South Africa’s democracy.”

Brkic added: “We simply cannot let go, we have to see ourselves as defenders of truth and democracy. When the first and second estate fail at least the third estate is protected… from our point of view helping the judiciary to do their job basically equals helping South Africa to survive.”

Castillejos then asked Carlos Dada about El Salvador, where the president, Nayib Bukele, went against the constitution, refusing to abide by the court’s decision and would not control the spread of Covid-19. Castillejos asked what the media could do “to counteract misinformation coming from government officials… and what kind of strategies has El Faro taken to dismantle fake news attempting to erode the public trust in the judiciary.”

Dada replied that it is not always fake news that erodes public trust: “In fact, in some places… it has been eroded by the subjection of some judges or judicial institutions or courts to political powers, to wealthy interests, or to organised crime – this is valid right now for most Central American countries.

“If you look at our neighbour, Guatemala, where a United Nations special commission advised the cleansing of the judiciary system, it returned not only credibility, but people’s faith in the judiciary to finally believe in the rule of law. It went so far as to indict a former military ruler for genocide charges and to the arrest of a president, Otto Pérez Molina, while he was still in office.

“In brief, the government staged a coup against the judiciary and bore no consequences… there is no space in El Salvador now for public trust in the judiciary – it is not independent.”