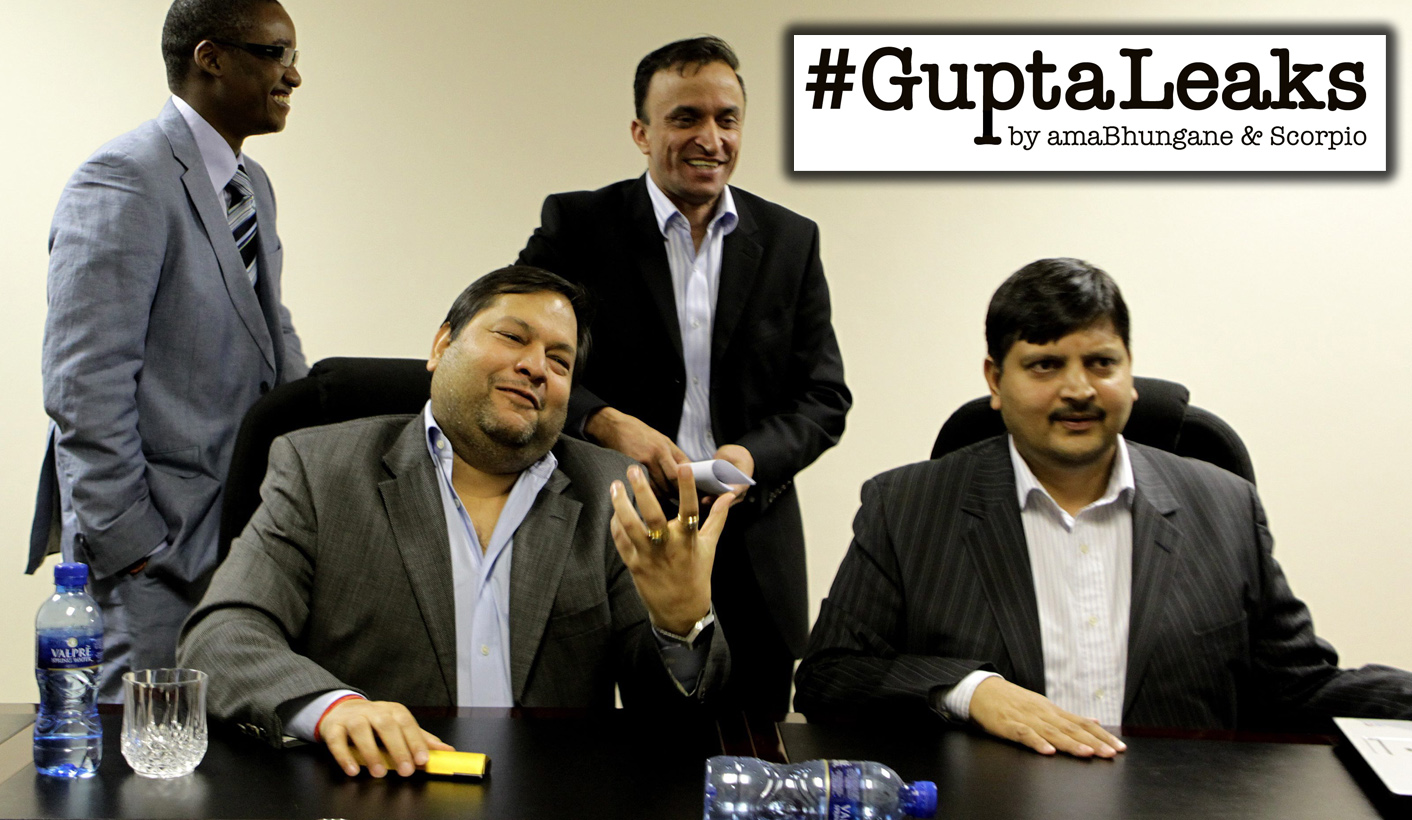 Last weekend, the Sunday Times and City Press fired the first salvos in a story that should shake our nation to the core. The former did not exaggerate when it referred to “e-mails that prove the Guptas run South Africa”, even if its judgement was based on limited facts, as we shall see. By STEFAANS BRÜMMER, SAM SOLE and BRANKO BRKIC.

The two newspapers had access to a trove of about 650 e-mails sent between the Gupta brothers, their associates and others.

Today Scorpio, the Daily Maverick’s newly launched investigative unit, and amaBhungane, the independent investigative non-profit, start publishing stories from a much, much wider trove: a few hundred gigabytes of information containing between 100,000 and 200,000 unique e-mails and a host of other documents. This we call the #GuptaLeaks.

Why did we not publish before? Why did we let ourselves be “scooped”?

The answer is in what we shall call a story of heroes and the misguided.

The heroes are whistle-blowers who may be risking their lives to expose the truth, and others who assisted in the process. For now, for their safety, they shall remain unsung.

The misguided are people whom we had trusted and let into the process, but who took a copy and without our knowledge caused a selection to be leaked to the two newspapers last week. Their motive was short-term political gain.

They seem to have thought they could influence the ANC National Executive Committee to recall the president. They failed.

Our approach was different, based on journalistic values. We had the information for some time, but held back in the interests of in-depth inquiry and the safety of the whistle-blowers.

The first consideration was informed by the nature of the information. There was some low-hanging fruit, yes – many examples of which were in the sample that was leaked to the two newspapers.

But much of the data is such that it requires a painstaking assembly of pieces of a very large puzzle, combining what is in the #GuptaLeaks with external information.

The second consideration is Journalism 101. One does not publish before taking all reasonable steps to secure sources who may be in harm’s way. Full stop. Those who caused the sample to be leaked to the two newspapers appear to have put expediency above the whistle-blowers’ safety.

Our plan had been to research thoroughly, for months if needed be, to get a sizeable proportion of the really important stories ready before first publication. That way, should there have been any attempt to stop us after first publication, we could have put it all out at once. That too is Journalism 101.

So why do we start publishing now?

The horse has bolted. The whistle-blowers’ safety no longer lies in delaying publication, but in us declaring the full extent of what is out there. Shutting up the whistle-blowers will not plug the leak because we have all they had.

Coming for us will not help either. It was our plan eventually to place the full #GuptaLeaks on a platform accessible to the wider media for further investigation.

We have now brought that forward and placed the full #GuptaLeaks in the care of an offshore organisation which will load it to a secure platform, from where it will soon be accessible to many bona fide journalists, including the Sunday Times and City Press. We bear them no grudge as they did not know the context.

This information is both too dangerous and too important not to share.

Following the initial publication of this editorial on June 1, 2017, it has transpired that some readers interpreted it as criticism of the Sunday Times and City Press’s handling of the leaks.

This was not our intention and we would like to make it clear that our displeasure was limited to those “who caused a selection to be leaked to the two newspapers”.

The “Journalism 101” comments were made to distinguish our journalistic motives from what we regarded as the political motive of, again, those who “caused a selection to be leaked”. We do not question the two newspapers’ call to publish. The facts and context they had before them were very different to what we had before us. Were we in their shoes, we may well have done the same.

We regret any offense and emphasise that we see the Sunday Times and City Press, like bona fide media everywhere, as partners in uncovering this very important story.