Security personnel gear up for possible new wave of unrest 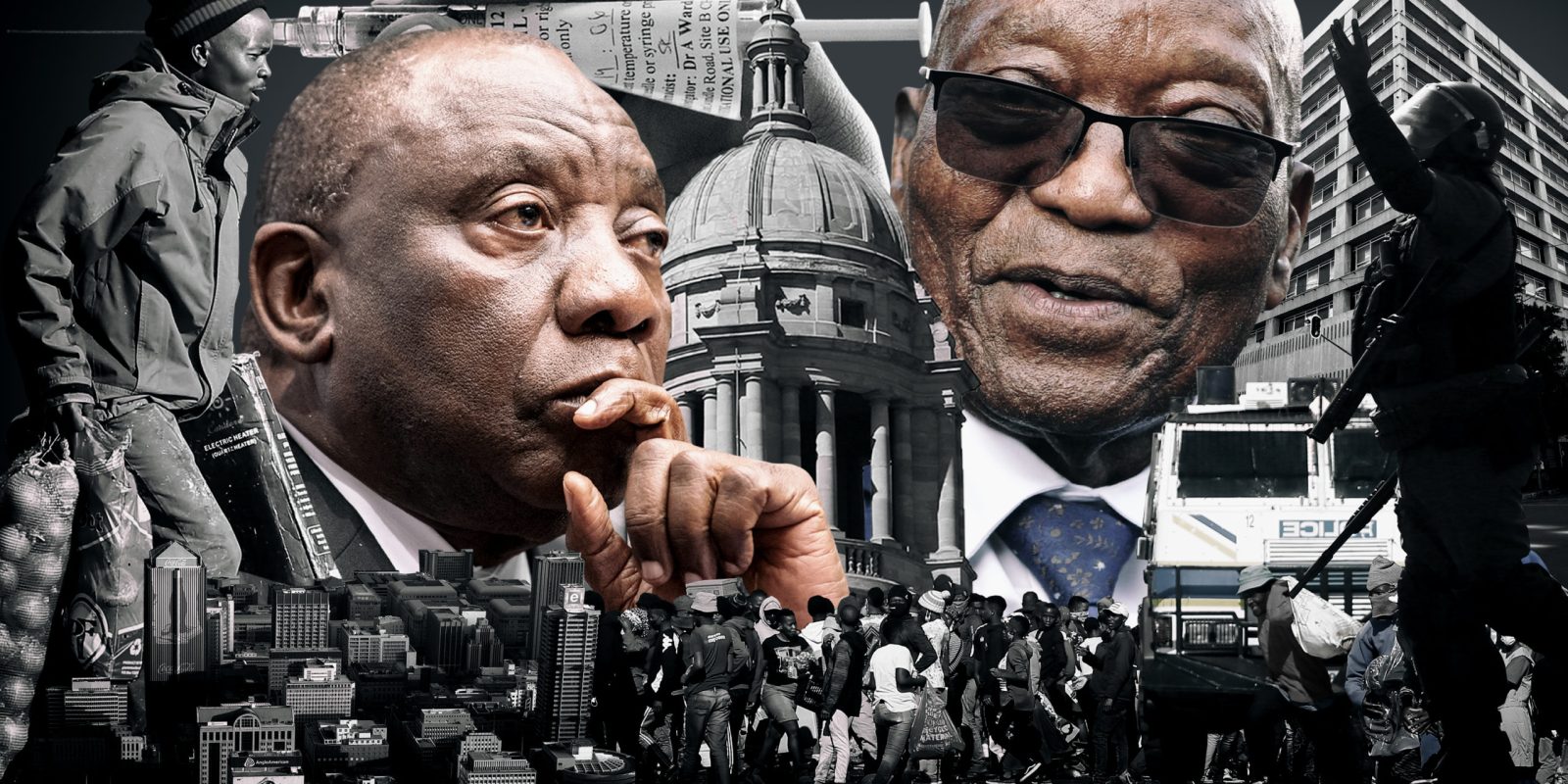 While South Africa is still recovering from the violent and deadly spate of looting in July, another wave of unrest related to political and social issues is said to be brewing. This time the police and army say they are ready.

Just over a month after a deadly weeklong looting spree in KwaZulu-Natal and Gauteng, the civic group “Citizens of South Africa” is planning a shutdown on Monday to protest against several issues — it also wants President Cyril Ramaphosa to step down from office.

A leaked South African Police Service (SAPS) operational overlay details the key points of the protest, which is expected to take place in Johannesburg, Ekurhuleni, Tshwane, Sedibeng and the West Rand.

According to the SAPS brief, logos of organisations such as the ANC, South African Communist Party, ANC Youth League, Umkhonto weSizwe Military Veterans Association and the South African National Civic Organisation appear on posters for the planned shutdown.

Reasons for the planned shutdown include claims of untested vaccines, #BlackLivesMatter, and calls for the “real ANC” and free education. The group is expected to continue causing unrest in the province until Ramaphosa is out of office, the brief said.

In a media statement, the National Joint Operational and Intelligence Structure (NatJoints) said law enforcement agencies were on high alert and safety measures had been put in place amid threats of a national shutdown and circulating social media messages which include calls for support of the shutdown, as well as incitement of violence.

“Those behind these messages are warned that inciting violence is a criminal offence. Members of the public are cautioned against spreading such divisive messages,” NatJoints said, urging the public to not participate in activities that undermine state authority.

Lieutenant-Colonel Robert Netshiunda told Daily Maverick that NatJoints would not share any details about the law enforcement plans before Monday to avoid jeopardising the operation. He said the rumours of unrest were meant to cause public panic.

The South African National Defence Force is deploying 470 members, 208  in Ekurhuleni, the brief showed. Almost 3,000 visible policing personnel are said to have been deployed across the province — about 900 in Johannesburg alone. An extra 120 Johannesburg Metro Police Department officers and 736 detectives have been stationed in Johannesburg, Ekurhuleni, Tshwane, Sedibeng and the West Rand. SANDF deployment was recently extended after the civil unrest in KZN and Gauteng last month, with 10,000 soldiers expected to remain until 13 September.

Daily Maverick contacted all the police officers named in the brief as heading Gauteng’s various districts for further information. Some said they had “no clue” of the operation and/or the protest, some did not answer and others said they could not comment, but warned people to stay safe.

Although in the brief SAPS says it has no intelligence on the matter, it suspects that the group will mobilise hostel and residents of informal housing areas.

Last month, Gauteng Premier David Makhura said 14,500 jobs had been affected across 30 malls, while an operation to rebuild township businesses and assist the vulnerable was set to be accelerated.

The SAPS brief flagged looting as a possibility on Monday, and did not rule out gatherings at ANC headquarters Luthuli House. DM