On a roll-out: Mobile vaccine sites to be piloted in SA’s hotspot provinces 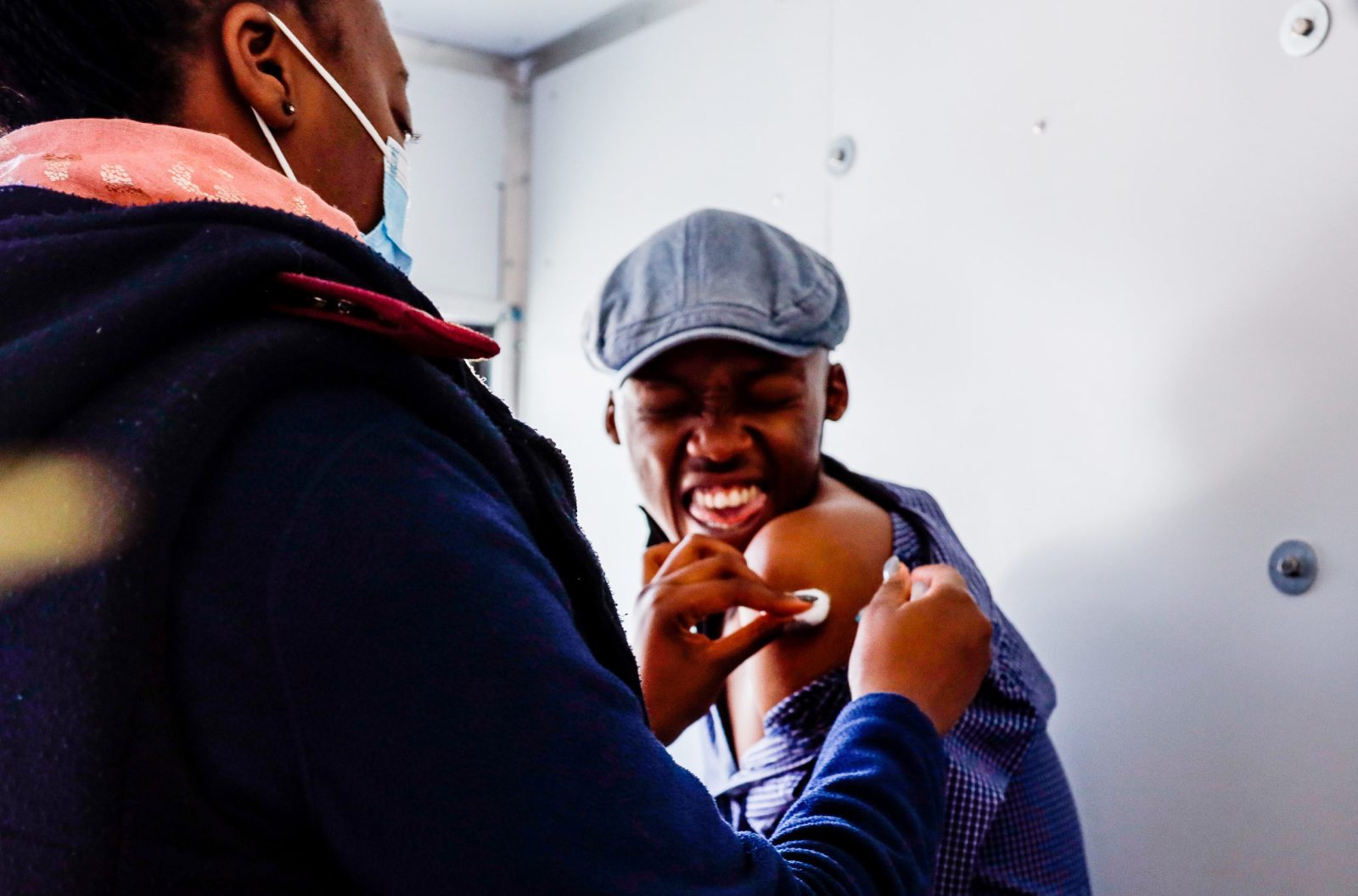 The sites are aimed at boosting vaccination numbers in Gauteng, KwaZulu-Natal and the Eastern Cape where infections are rising again.

In a move to ramp up the number of people being vaccinated, mobile vaccine sites will be piloted in Gauteng, KwaZulu-Natal and the Eastern Cape, said Health Minister Joe Phaahla at Friday’s Covid-19 update briefing.

Details of this would be communicated by the three provinces.

In the past seven days these provinces have been among the highest in terms of daily infection rates, said Phaahla.

“There’s been an 18.2% increase in new infections in the past seven days. The curve was showing a downwards trend but now it’s picking up again, particularly in areas such as the Western Cape, KwaZulu-Natal, the Eastern Cape, as well as the Northern Cape.”

To get more people into vaccination sites there is also going to be a test model of transporting people, for instance from Alexandra or Tembisa to Gallagher Estate in Midrand because they have a huge capacity, he said.

At the moment Gauteng leads the pack in most vaccines administered – 2.5 million jabs. KwaZulu-Natal has administered 1.8 million, while the Western Cape has given 1.6 million.

Other strategies are also being used to vaccinate more people. In an effort to persuade taxi drivers and marshals to get the vaccine, on Wednesday, Jacob Mamabolo, Gauteng MEC for Roads, Transport and Infrastructure, was at the pop-up vaccination drive at Bara taxi rank.

By Friday, Phaahla said, South Africa had reached a “significant milestone” in its vaccine roll-out, with 10 million people recorded as vaccinated.

Just under three million of them are over 60 – the age group prioritised in the roll-out, he added.

On Thursday, Cabinet approved the vaccination of over-18s from Friday. In President Cyril Ramaphosa’s address to the nation on 25 July he announced that those over 18 could register for the vaccine from 1 September.

“The advantage of bringing [the over-18 vaccine roll-out] 11 days earlier is that 17 million people will be added to the vaccination population, which can help us reach population immunity,” said Phaahla.

To reach population immunity, the department had set out to vaccinate 70% of the population.

More than 180,000 people in the 18-to-34 cohort have registered since the Electronic Vaccination Data System opened up to them, said Phaahla. More than 70,000 were in Gauteng, about 53,000 in the Western Cape and more than 24,000 in KwaZulu-Natal, which was “quite encouraging”.

Unregistered people would be registered at vaccination sites.

Dr Daniel Israel, a general practitioner from Johannesburg who was part of the briefing, said that over the past year he had seen more than 1,000 patients who had been infected with Covid-19, and that those who hadn’t been vaccinated were more likely to die from the virus.

In South Africa, 78,694 Covid-19-related deaths have been recorded so far.

Israel emphasised that although vaccinated people can still get infected with Covid-19, their symptoms will not be severe and will not require admission to hospital.

Possible vaccine side-effects include headache, a sore arm and body aches, for which Israel recommended paracetamol.

If you’ve been exposed to Covid-19 it is recommended that you delay getting vaccinated, he said. If you’ve tested positive you need to wait 30 days before getting the vaccine.

While the number of vaccinations was rising, the rate was lower among men.

“Hence we’ve pushed for vaccination sites at workplaces, for instance in North West and Mpumalanga [where] those sites will be closer to mines,” said Dhlomo. “But we need to give them the benefit of the doubt; maybe they come back from work when the vaccination sites are already closed.”

South Africa administers the two-dose Pfizer vaccine and the Johnson & Johnson (J&J) shot, which is given once.

“We have relatively few doses of J&J available but delivery [for more] will pick up in September and October, so we’re reserving them for areas it’s difficult to get to like deeply rural areas and for pensioners in the programme to vaccinate them in Sassa queues,” said Dr Nicholas Crisp, deputy director-general in the Department of Health.

Vaccines are stored under specific conditions. According to the J&J website, its vaccine “is compatible with standard vaccine storage and distribution channels enabling delivery to remote areas”. It is “estimated to remain stable for two years at -25°C to -15°C, and a maximum of three months of which can be at routine refrigeration at temperatures of 2°C -8°C”.

In May 2021, the Health Department adopted new short-term storage guidelines for the Pfizer vaccine, effective immediately, because new data from Pfizer showed the unthawed vaccine can be stored at bar-fridge temperatures (2℃ to 8℃) for 31 days, not five as originally estimated.