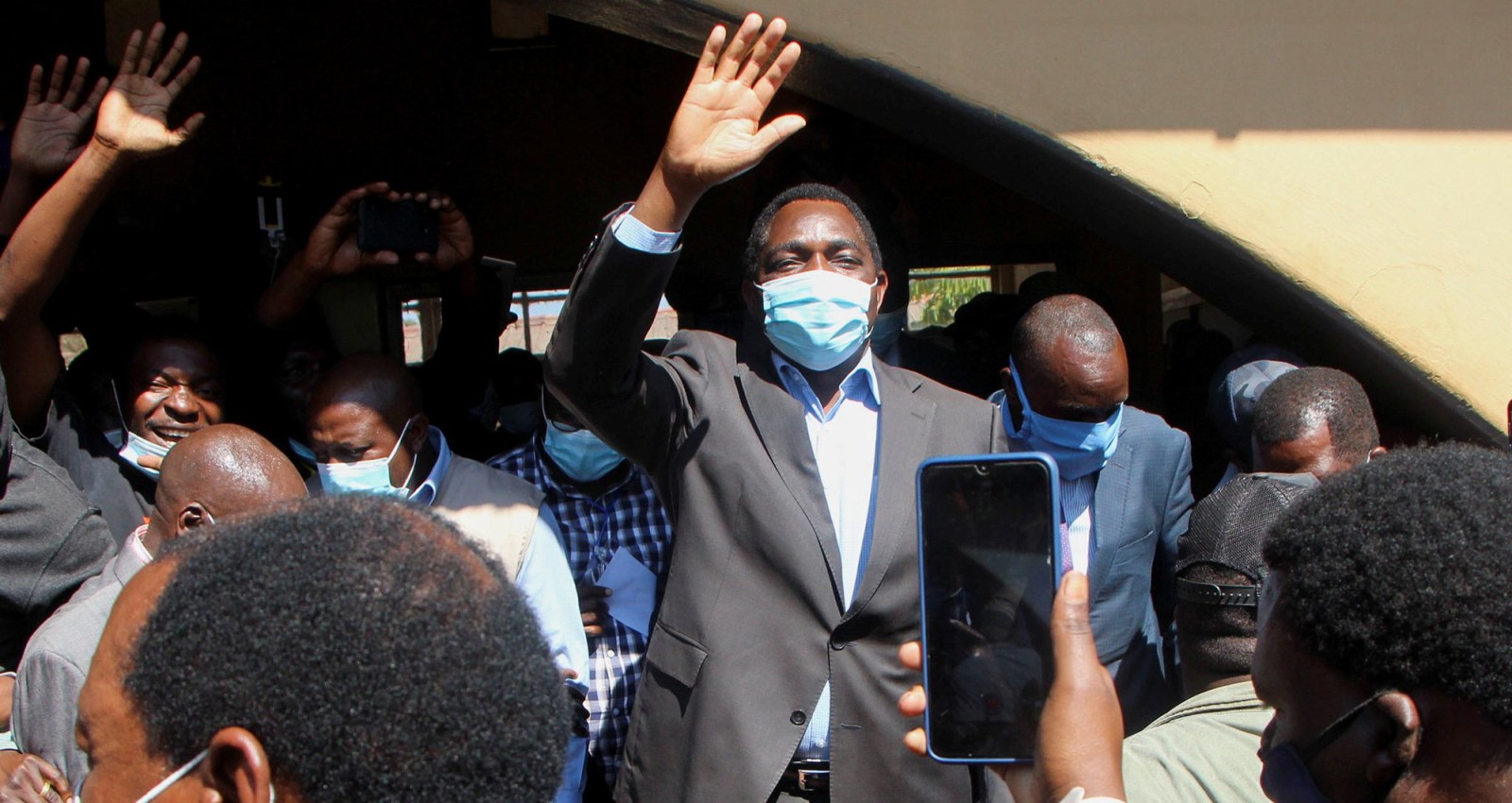 Hakainde Hichilema, President-elect of the Republic of Zambia. (Photo: Twitter)

The election result was less about Hakainde Hichilema’s popularity and more an expression of frustration with Edgar Lungu’s economic management.

Almost five million Zambians came out to vote on 12 August and overwhelmingly rejected incumbent Edgar Lungu as president. After five attempts, Hakainde Hichilema swept ahead to victory by over a million votes and a secured a majority in the National Assembly.

The opposition victory transcended the numerous lines of polarisation that have characterised voting patterns in the past, such as ethnicity, regional affiliation and age. Now Hichilema will have to embody Kenneth Kaunda’s ‘one nation one Zambia’ slogan in its fullness. With a mandate to lead for the next five years, Hichilema’s United Party for National Development and the new president himself have their work cut out for them.

Lungu shot himself in the foot in the days before the elections. He abused the benefits of presidential power by deploying state-owned resources, stopping Hichilema’s campaigns and sending the army onto the streets with a clear mandate to intimidate voters. This hit a sore spot for Zambians, reminding them of the threat that Lungu posed to democracy when he arrested, detained and imprisoned Hichilema in 2017.

Zambians have shown that the ballot is supreme, and politicians are accountable to the citizens. The election is an important demonstration of political maturity and democracy at work in southern Africa. The peaceful transfer of power has become an entrenched political culture in Zambia since the first multiparty democratic elections in 1991.

However, in the last years of his reign, Lungu became increasingly autocratic, with clear intent to consolidate his power. He used the Covid-19 pandemic to deny the opposition space to mobilise and campaign. The police were deployed to frustrate and restrict opposition activities, and parties’ access to state media was curbed.

Using all the benefits of incumbency, Lungu created an uneven playing field for the opposition. But as electoral defeat loomed, it was he — rather than the opposition — who claimed the polls were not free and fair. In the end, Lungu reluctantly conceded defeat, unwilling to risk his legacy and breach Zambia’s long-standing political culture by being obstinate.

More than a vote for Hichilema, this election is a clear expression of frustration with Lungu’s economic management — characterised as it was by policy inconsistency, the abandonment of economic fundamentals, accumulation of debt, and authoritarian tendencies.

The youth vote, which has been credited to some extent for the opposition’s victory, reflects the views of a population segment that has been increasingly marginalised and stripped of economic opportunities. Zambians have borne the brunt of the ruling Patriotic Front’s failures in the past 11 years and want tangible benefits, not political sloganeering. The president-elect has an enormous mountain to climb.

In his election manifesto, Hichilema was clear that the biggest task ahead was the economy. As an economist and successful businessman, he dedicated nearly two-thirds of his election manifesto to solving the economic malaise Zambia has been in since its independence in 1964. He has promised a new regime of debt management, economic stability, a return to macroeconomic fundamentals, stability, policy consistency and middle-income status for the country.

To do all this, Hichilema will have to take Zambians into his confidence, as they have lost patience with political posturing and want concrete results in the immediate future. People could be heard chanting, “We want jobs!” as they celebrated his victory.

For international financiers, Hichilema’s win is likely to be seen as a welcome turn of events. The usually diplomatic Bretton Woods institutions and international creditors were beginning to show impatience with the Patriotic Front government. Lungu’s administration failed to provide clear policy direction and political will to rein in ballooning debt, government overspending and corruption.

Hichilema’s victory is expected to build confidence in the country’s institutions and political leadership. His profile as a successful and hardworking businessman will likely win him favour with local business and international investors.

Peaceful elections tend to usher in a sense of euphoria and expectation. As days fade into months, the true character of the new administration is revealed and tested. Zambians have expressed cautious optimism, calling for their new president to be given a chance. Hichilema has been received with goodwill. Only time will tell whether he can live up to his billing. DM